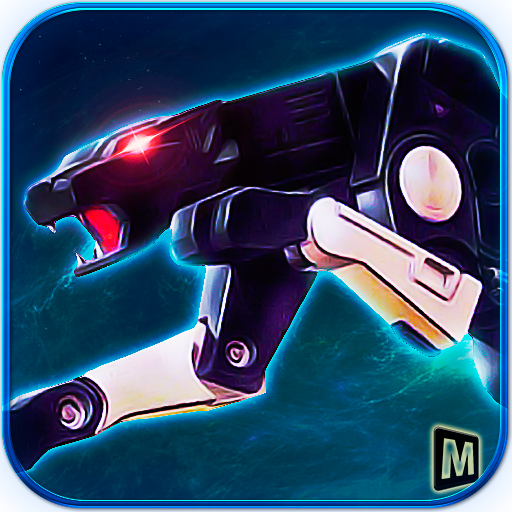 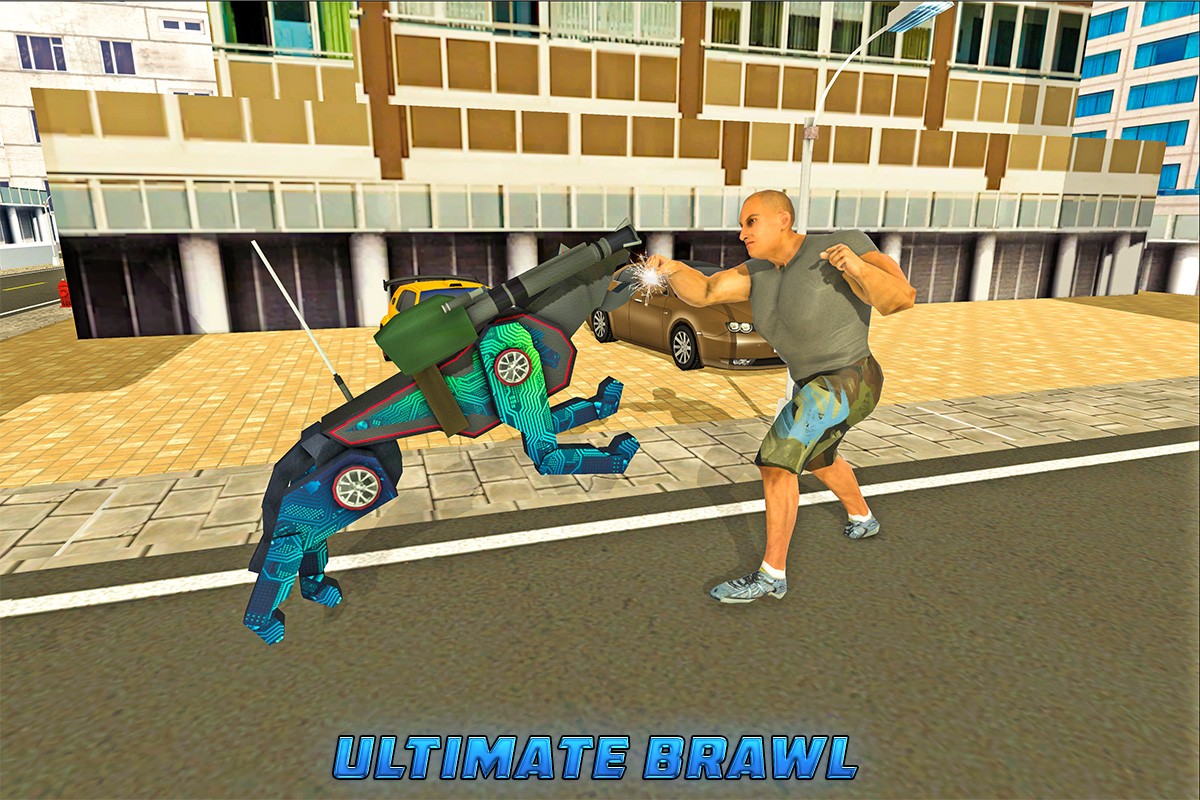 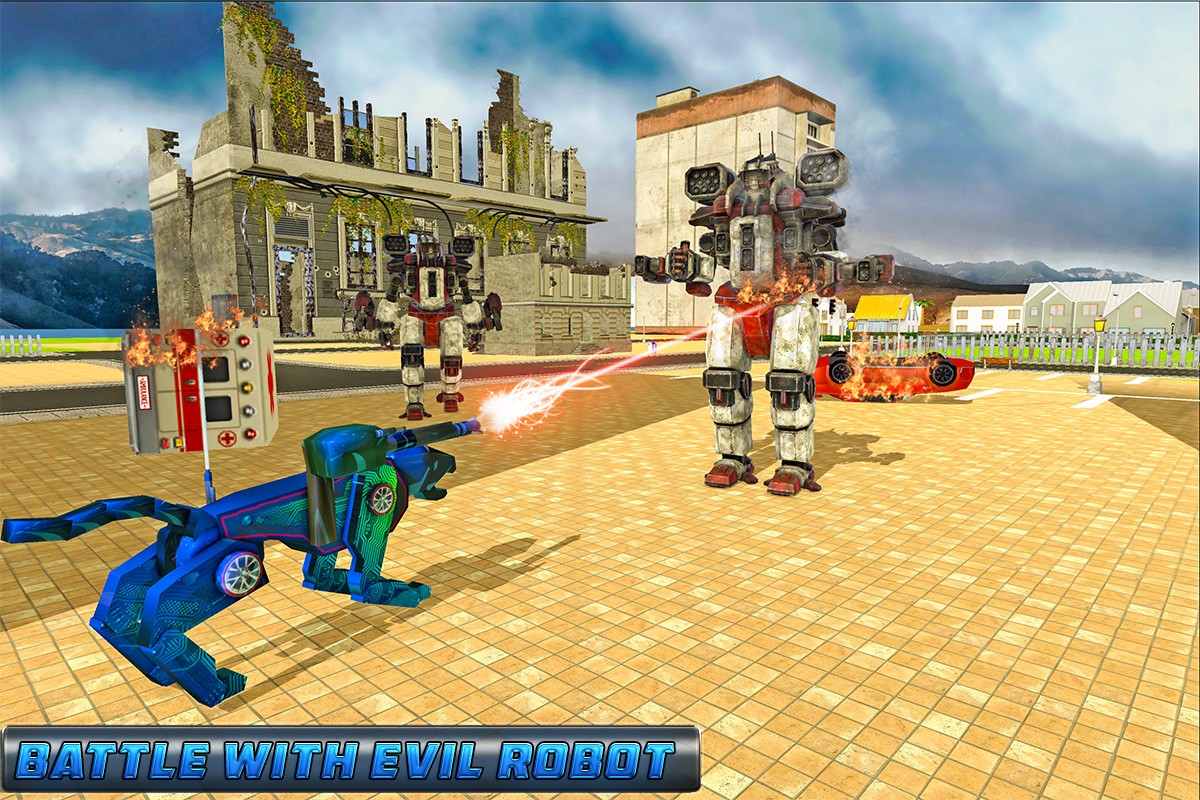 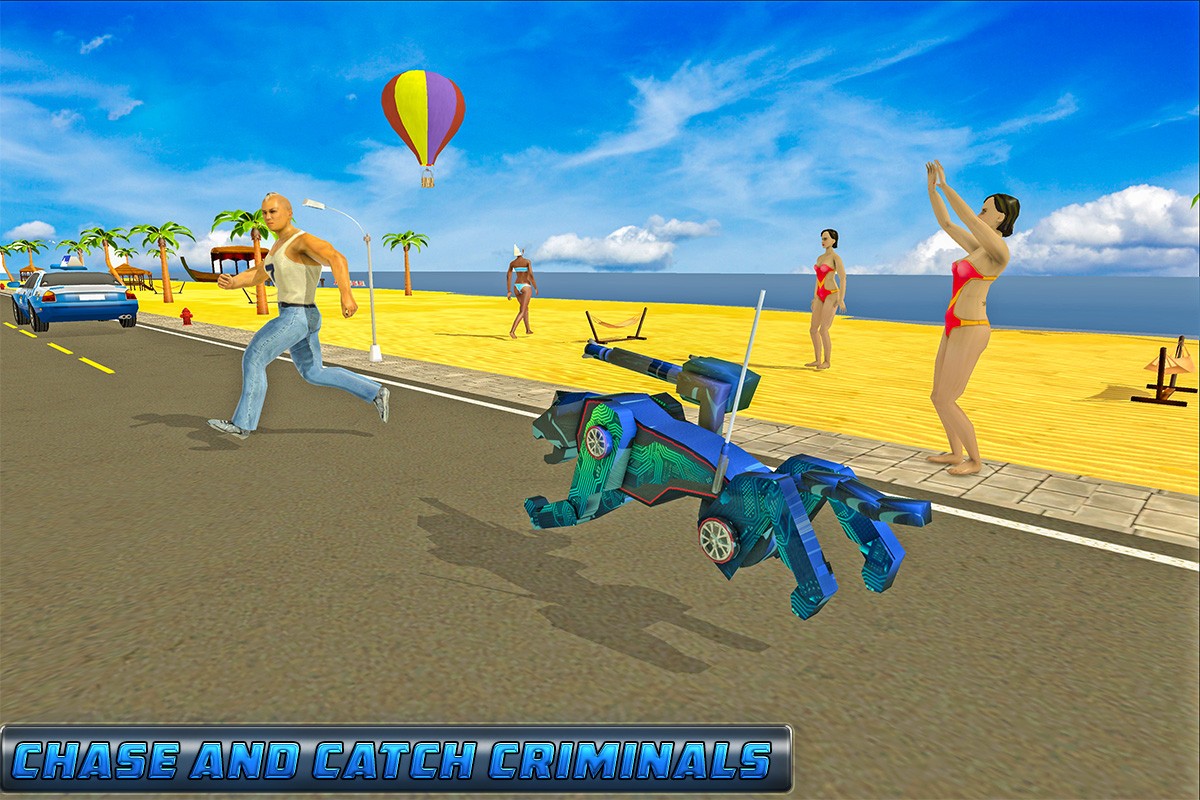 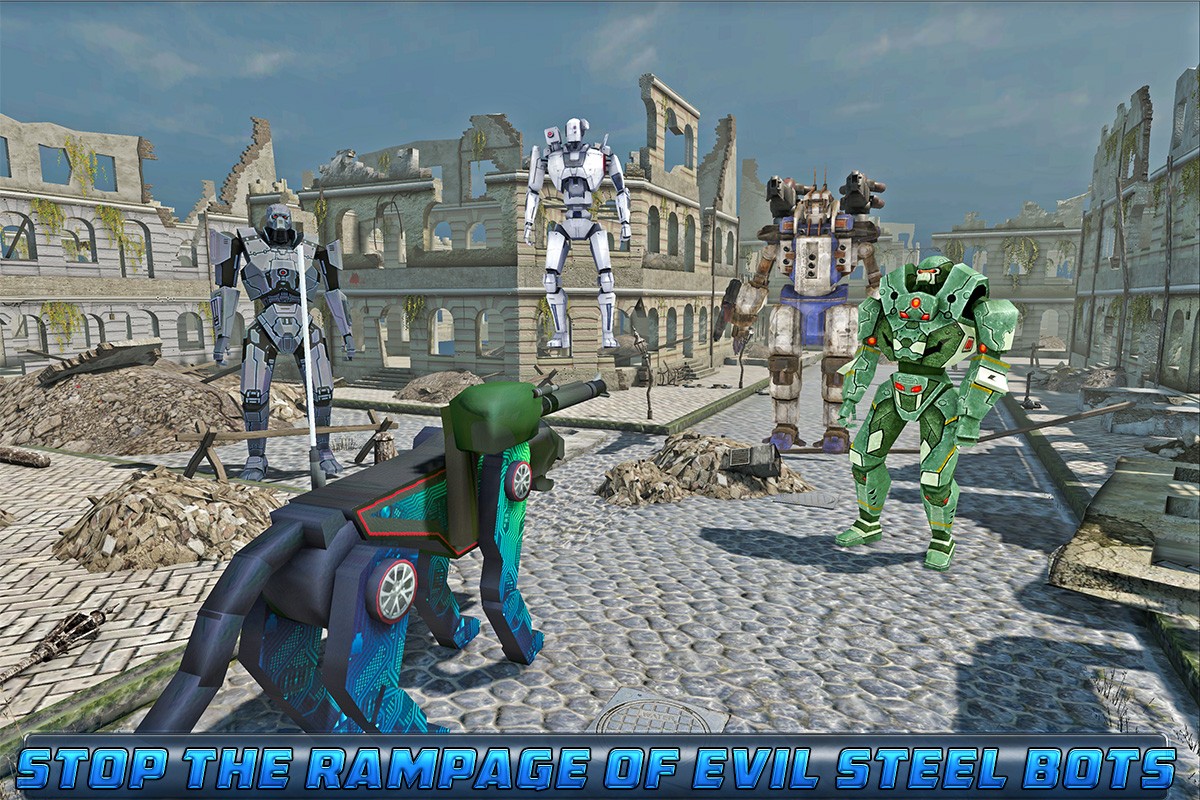 A pet dog can be a superhero but this robot dog is more than a hero with futuristic robot powers. Evil robots have invaded the town and as a superhero robot your task is to defend it. Let’s start for an action simulator in new big city which is in need of a superhero steel robot dog to help save the innocent people and fight against criminals with amazing combat skills. You are a grand futuristic steel robot dog hero programmed to protect innocent people and guard the 3d city.

Your mission in Superhero Robot Dog City battle is to rise, fight and rule over the town. The lives of 3d city people are precious, police and other rescue people cannot come as fast as you can, so you have to take responsibility to protect people of the city in SUPERHERO ROBOT DOG BATTLE! Blend of robot battling games.

Start the ultimate sinful robot destruction, these evil transforming bots can shift into furious shapes and back to violent robots with robotic steel gun and robot missile in action simulator. This superhero dog battle game will force you to try a role of robot dog superhero and start the battle with evil robots just like a police robot. In robot animal fight games. Start robot hero rescue mission with new free futuristic robot battle games. Survive on the 3d city battlefield as long as you can as a real robot killer playing superhero robot dog fighting battle with other steel robots. Play as police robot dog whose duty is to save the city and the citizens.

Futuristic superhero robot dog battle 3D is all about rampage and chaos in the battlefield. Superhero robot dog battle is a specially designed for the lovers of robot battling games. City is under threats and on alert, criminal attack and a combat between police officers and town’s gangsters. Jump onto the other evil bots or destroy them with your laser gun fire and take a responsibility against the evil force of robots as police steel robot. The enemy killer robots will attack your city and innocent people and these iron machines are very dangerous. As a superhero robot show no mercy and unleash hell in the robot battlefield with robot animal games. Robot battling games were never been so thrilling.

Be the futuristic warrior steel robot dog and fight bravely with the criminals to save the city and dismiss mafias and terrorists causing terror in the city town. Destroy enemy robots start the robot dog combat and stay on the battlefield as long as you can. These evil transforming bots should payback of their rampage and destruction. This is modern steel fight, enjoy futuristic battle of iron alloys and take a step into the future war and battle zone.