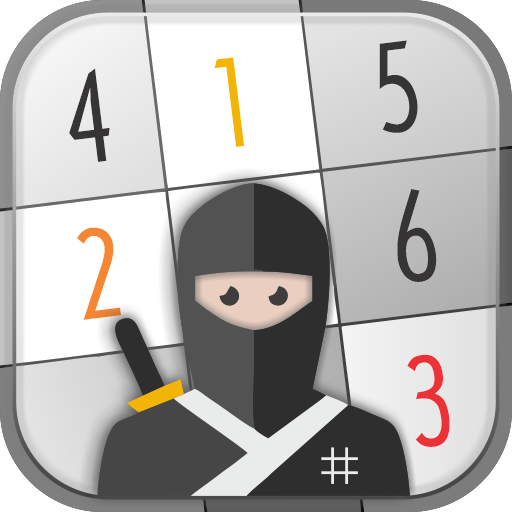 Sudoku Ninja - Rise of the Grandmaster 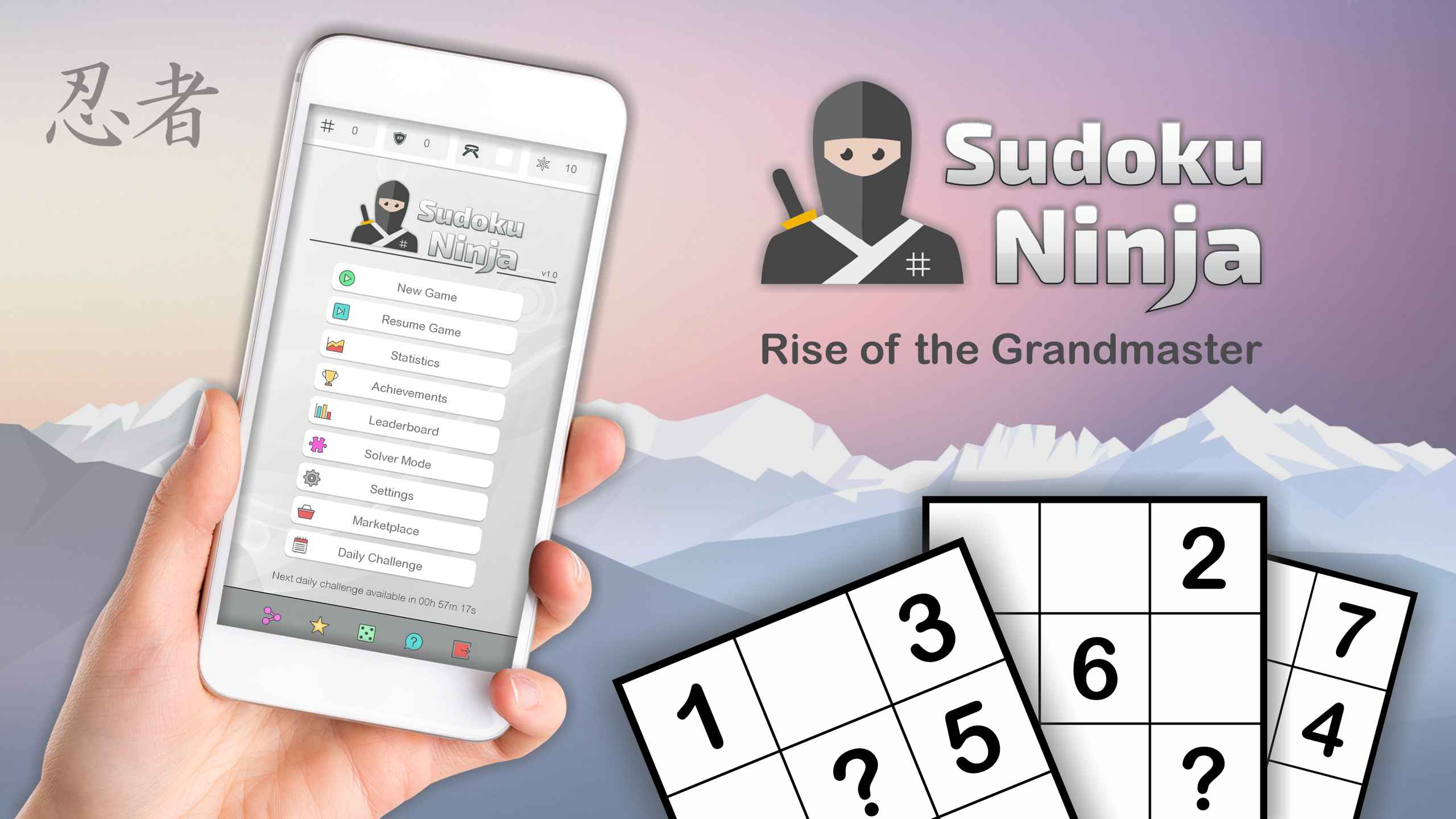 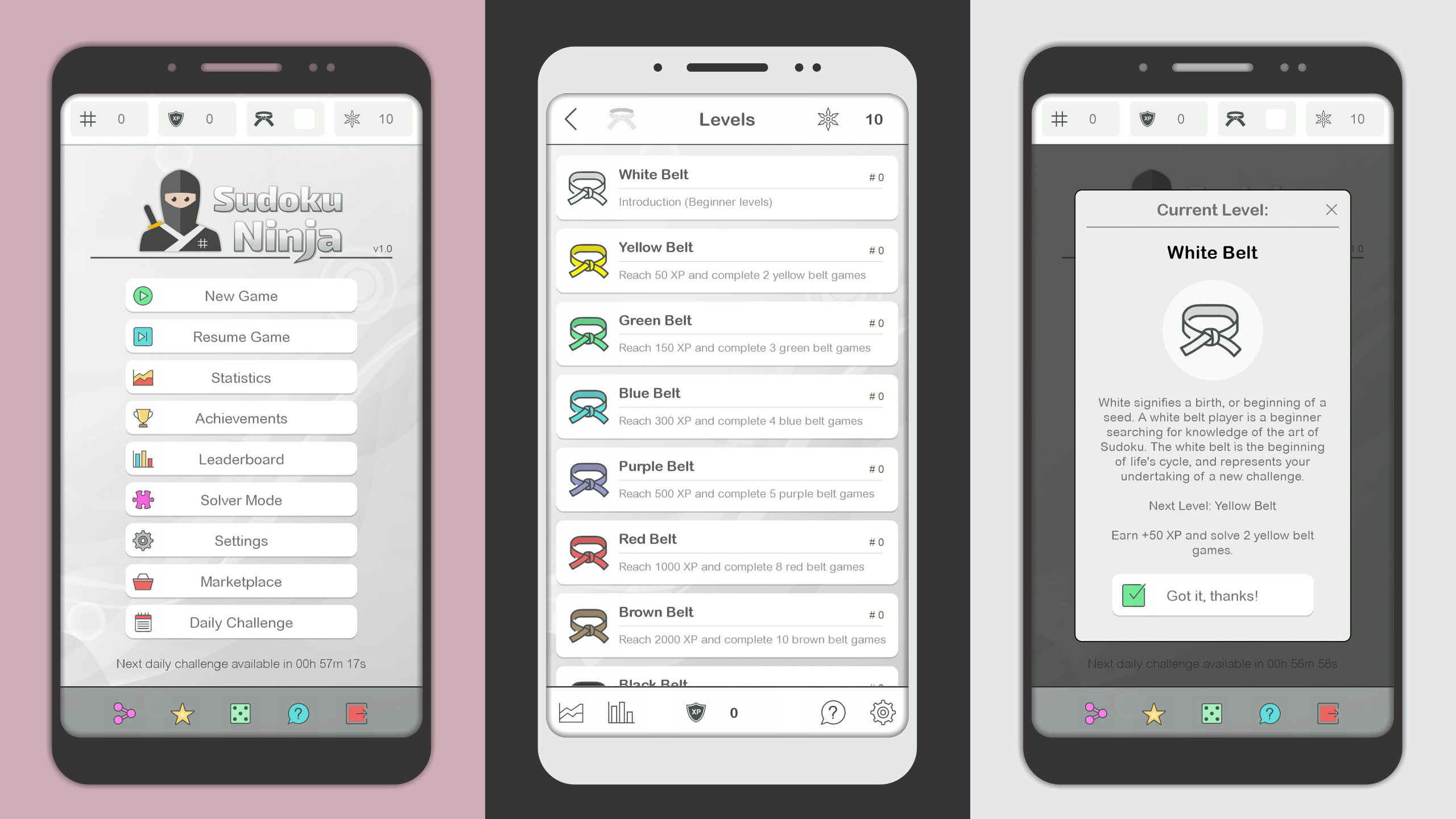 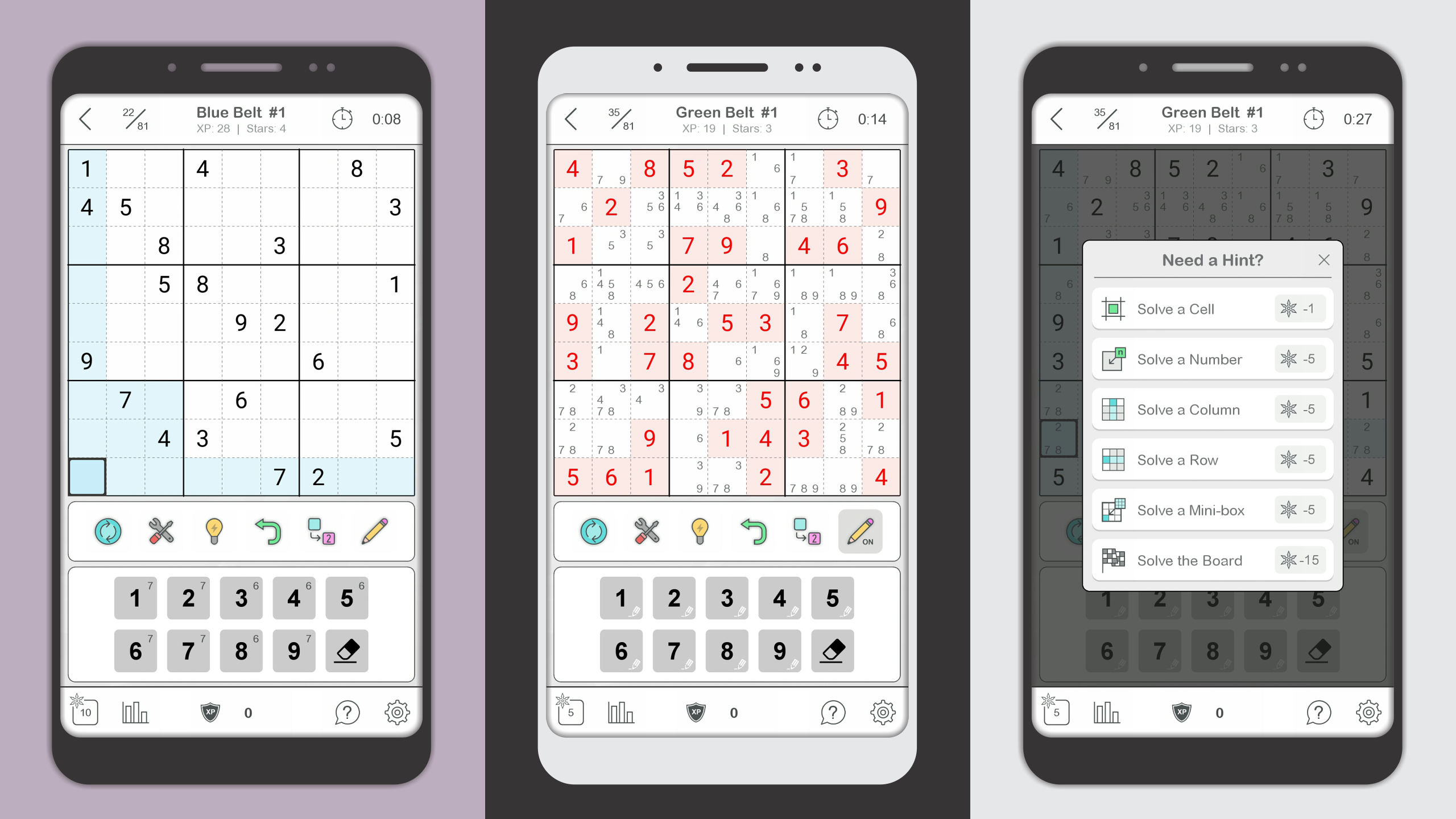 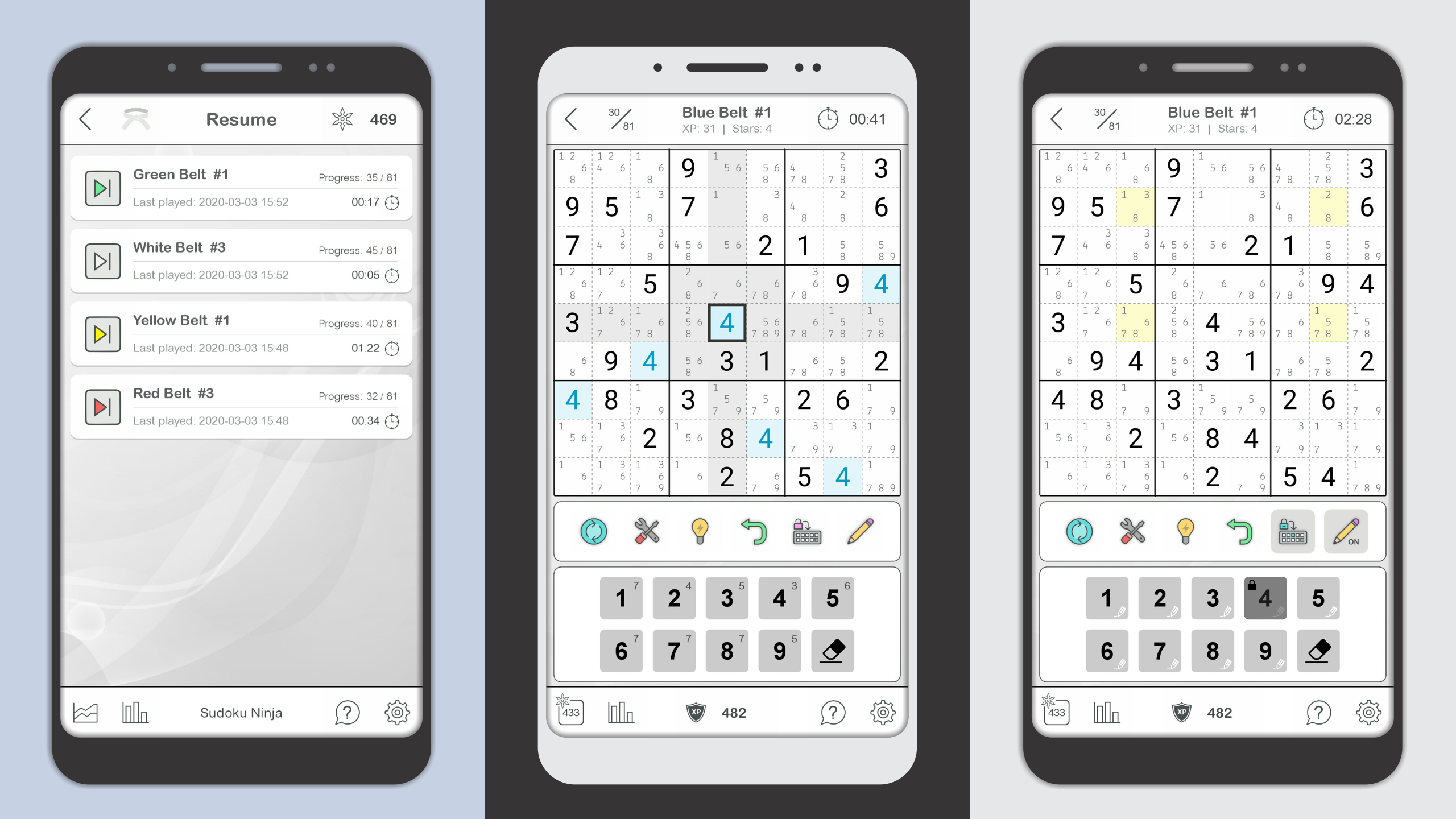 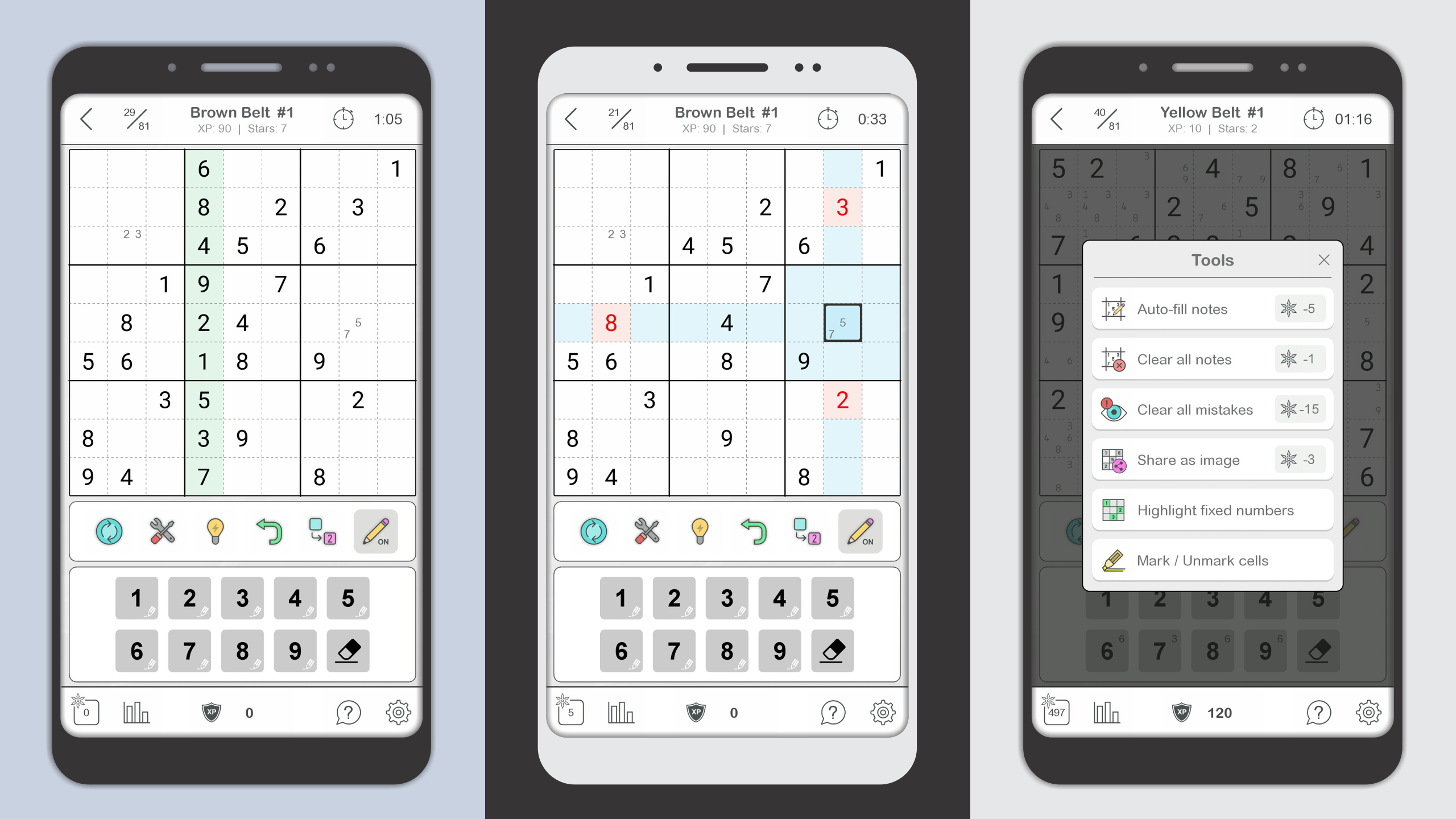 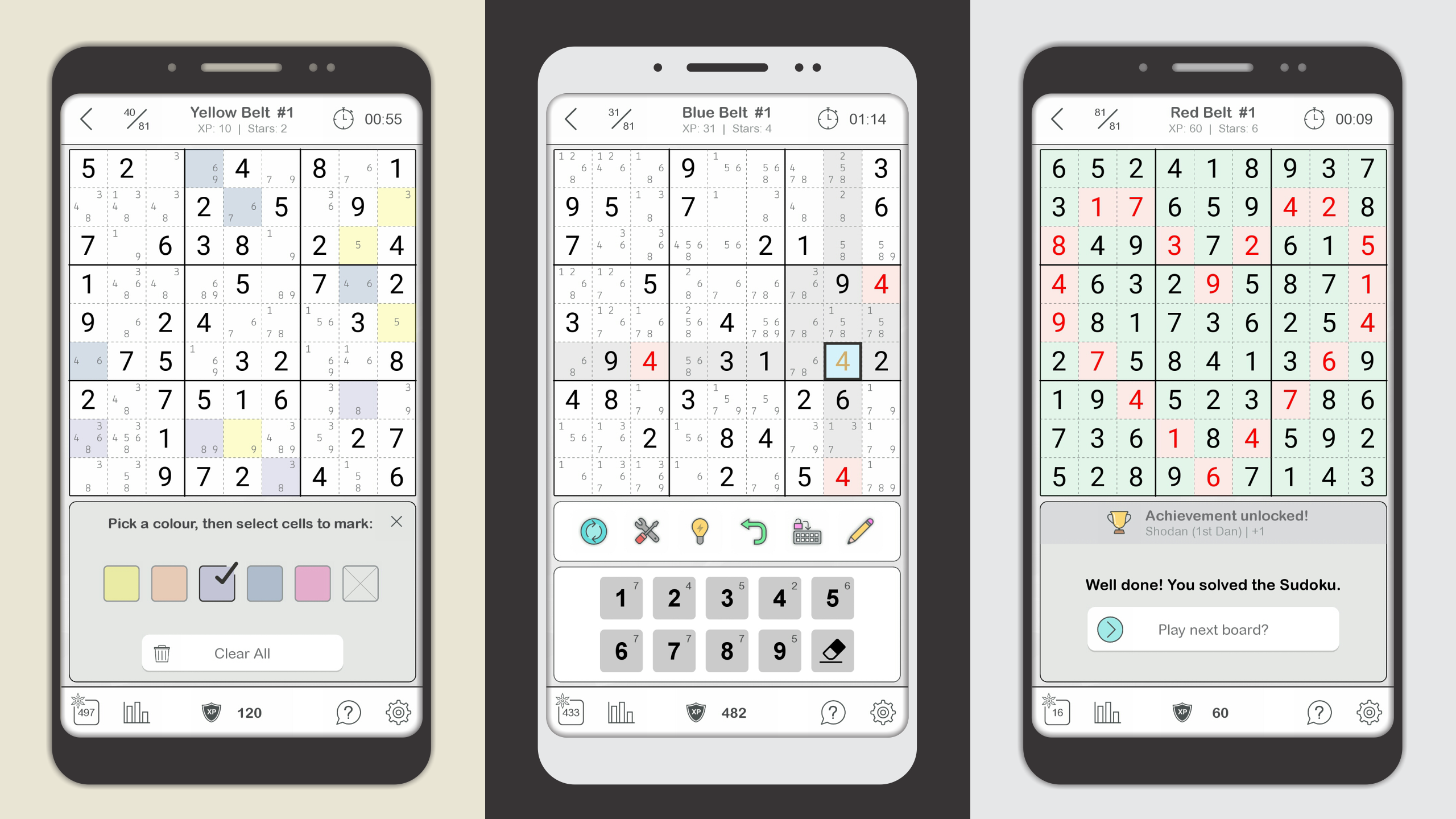 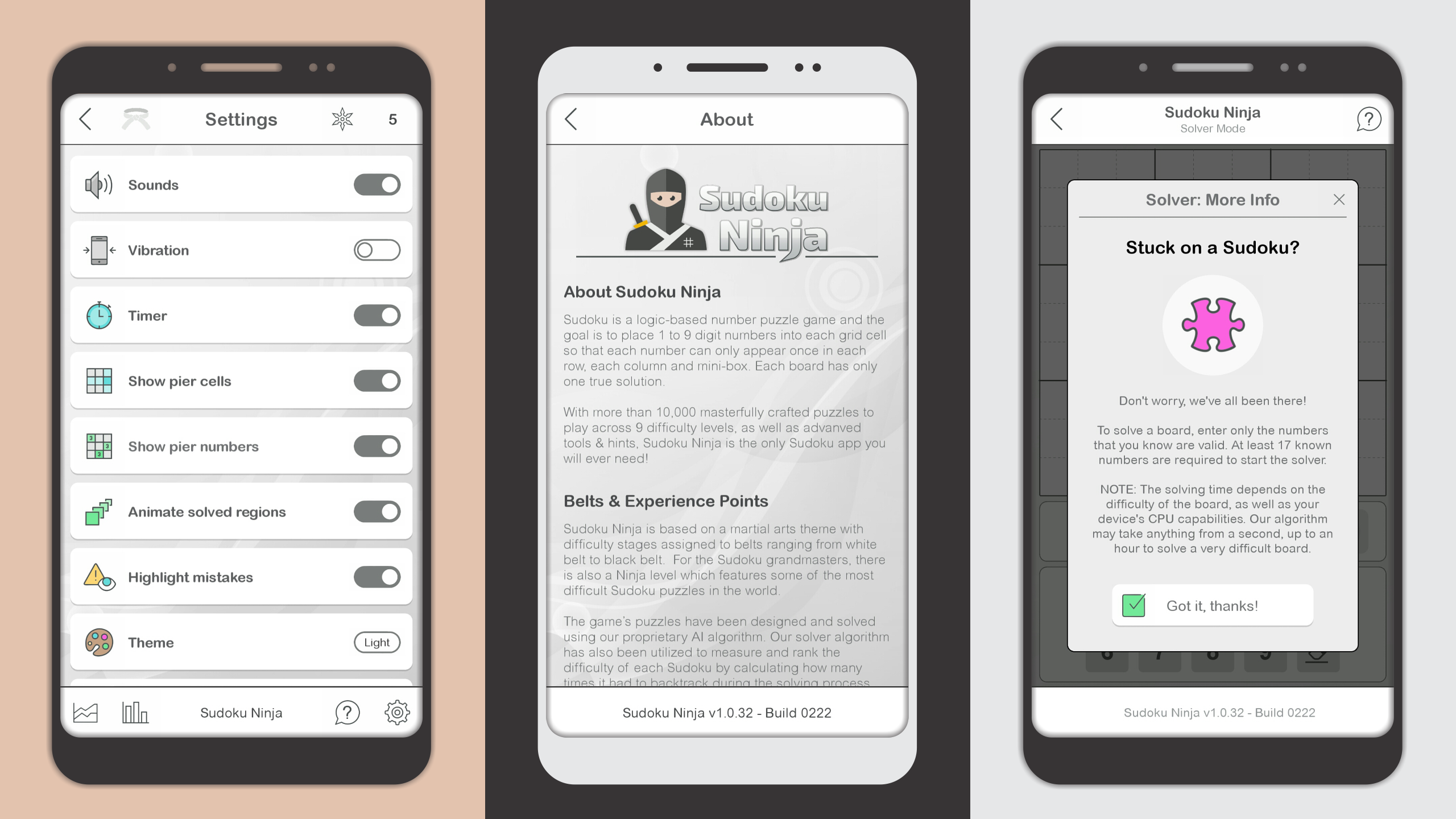 Sudoku is a logic-based number puzzle game and the goal is to place 1 to 9 digit numbers into each grid cell so that each number can only appear once in each row, each column and mini-box. Each board has only one true solution. With more than 10,000 masterfully crafted puzzles to play across 9 difficulty levels, Sudoku Ninja is the only Sudoku app you will ever need and it’s free!

Sudoku Ninja is based on a martial arts theme with difficulty stages assigned to belts ranging from white belt to black belt. For the Sudoku grandmasters, there is also a Ninja level which features some of the most difficult Sudoku puzzles in the world.

The game’s puzzles have been designed and solved using our proprietary AI algorithm. Our solver algorithm has also been utilized to measure and rank the difficulty of each Sudoku by calculating how many times it had to backtrack during the solving process and assigning each board a unique difficulty rating.

Sudoku Ninja has a puzzle for everyone, no matter your skill level. The white, yellow and green belts are for beginners and novices, whereas the red, brown and black belt levels are for advanced players. The ninja level features some of the most extreme Sudoku puzzles in the world and only the very best of players will be able to solve these!

With each board solved, your XP (experience points) increases. The harder the board solved, the more XP will be rewarded. Together with XP rewards you will also be rewarded Ninja stars that can be used to get hints and use advanced tools to make the game even more enjoyable! Build-up your XP to become the ultimate Sudoku Ninja grandmaster!

★ Over 10,000 classic Sudoku puzzles to play for free
★ 9 evenly distributed levels of difficulty (White belt -> Ninja warrior)
★ Auto-save your current puzzle and seamlessly continue with your game at any time. (Separate for each difficulty level)
★ Complete Daily Sudoku Challenges to get double XP
★ Leaderboard - Compare your progress with other players all over the world.
★ Achievements – win unique awards & medals
★ Various beautiful themes – keep your game always looking fresh! (Dark mode to prevent straining your eyes)
★ 2 input modes - Cell first or Number first
★ Pencil mode – To mimic playing on paper (Notes are automatically updated when cells are filled-in)
★ Unlimited Undo’s
★ Statistics – Track your performance and in-game progress.
★ Simple, elegant and intuitive design with playful graphics in HD! (Developed for phones & tablets)
★ Turn clock on / off – Chase the clock, or play a relaxing game at your own pace
★ Awesome animations to keep you entertained each time a level is solved
★ Turn on / off fun sound effects
★ Play offline – No internet connection is required to play the game

Sudoku Ninja is the best way to start your day. With advanced tools & hints, playing Sudoku Ninja on your mobile device is even better than with a pencil and paper. The app also features daily Sudoku challenges related to your current in-app skill level to exercise your brain, logical thinking, and memory.

Give your brain a good workout and rank your times among other players on the leaderboard, or turn off the timer and just relax and play for fun.