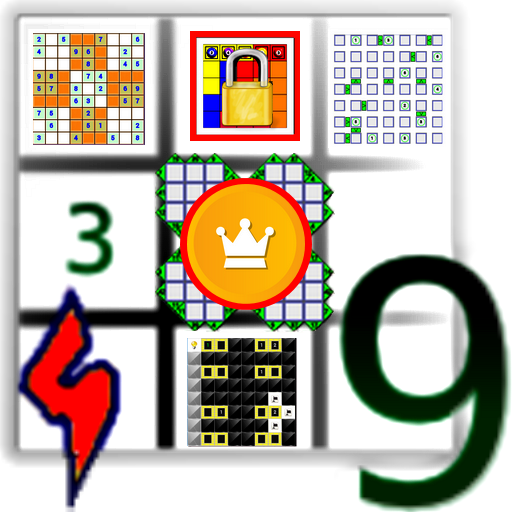 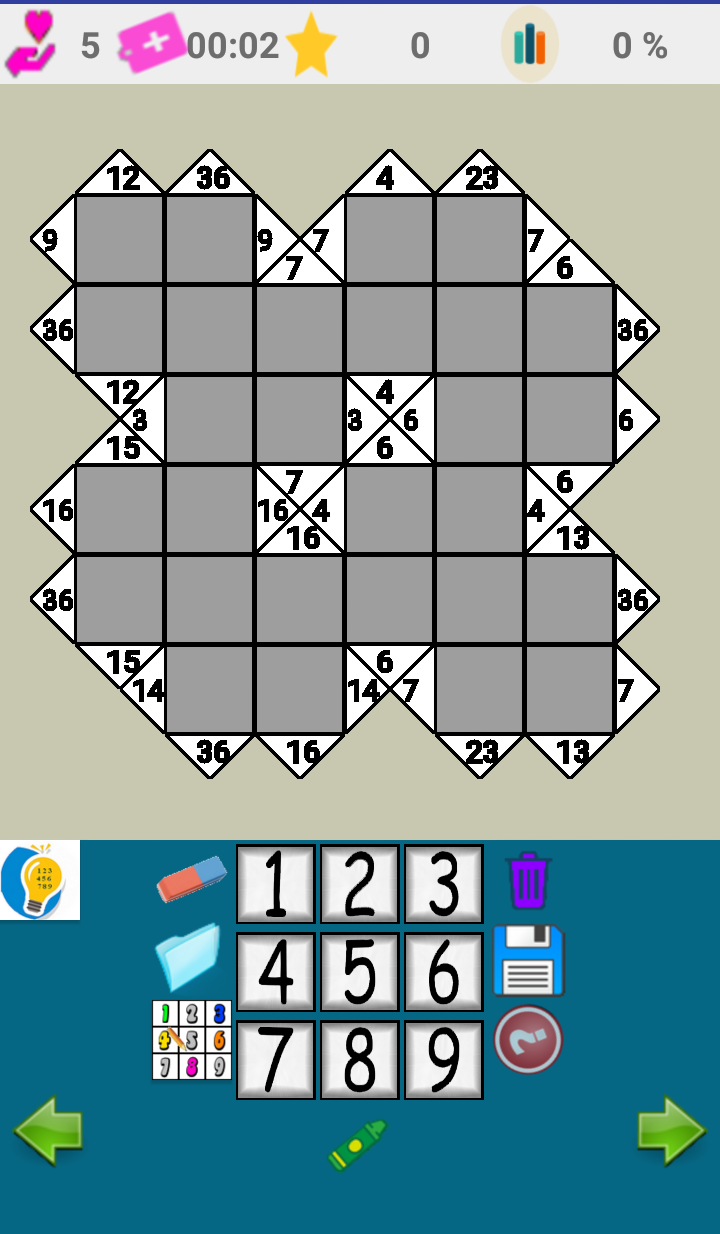 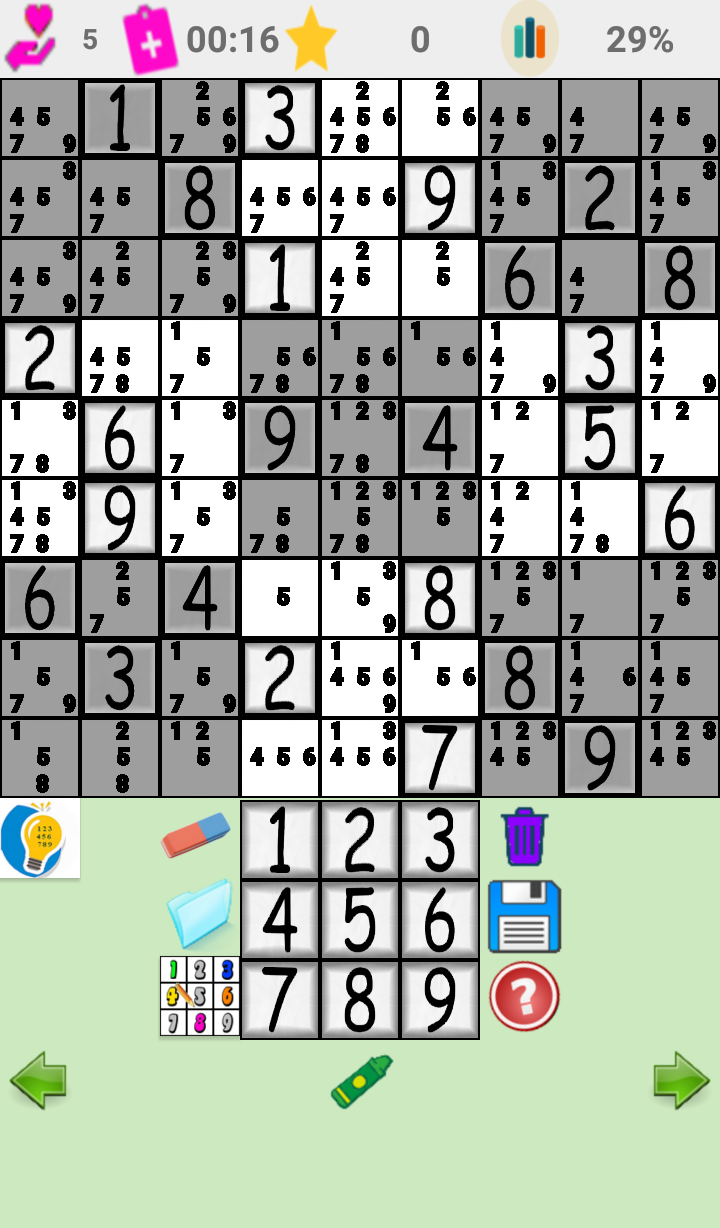 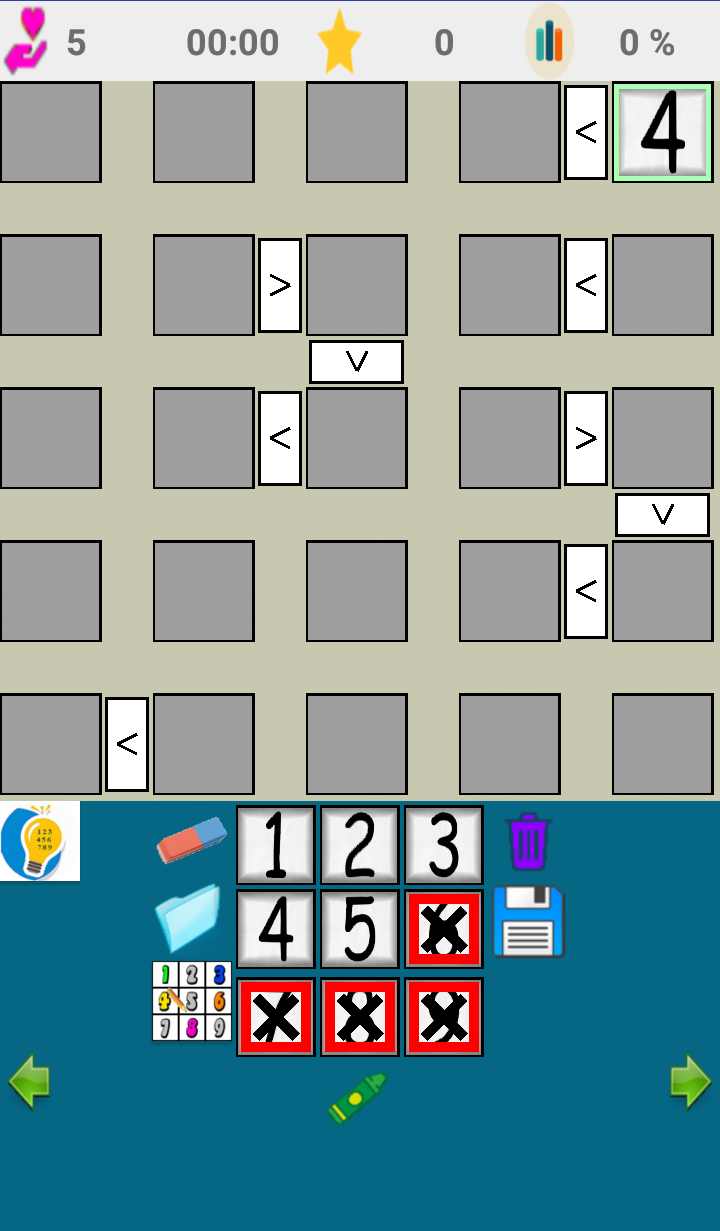 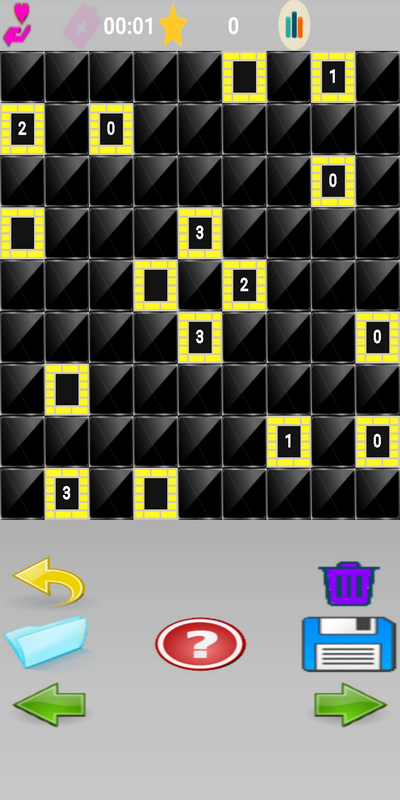 2) Five levels in each (Sudoku, Futoshiki, Kakuro and Akari) and 150 puzzles for Sudoku, 150 for Kakuro, 150 for futoshiki and 150 for Akari.
There are many options to help a player solve puzzles, I hope you enjoy this app (Sudoku Futoshiki Kakuro and Akari).

- Akari: the goal is to light the whole grid with lamps,
the grid consists of black cells and walls.
Each wall contains a number indicating the number of lamps near the wall (horizontal and vertical only). If a wall does not contain a number, we can place lamps nearby without constraint.
two lamps must not be stacked.

- Futoshiki: the objective is to form vertical or horizontal words such that a word consists of numbers between 1 and X (X is the dimention of the grid), the signs> and

- Kakuro looks a lot like crosswords, but with numbers instead of letters, a vertical or horizontal word consists of numbers between 1 and 9, a number does not repeat in a word, the sum of the numerical result of the word in the column or line is equal to the number indicated in the triangles on the right or on the top.

- Sudoku game. The numbers to be used are between 1 and 9 each digit must be put once in the row, line and area, the Sudoku is a very famous game.

- Possibility of backup and recovery of each problem (puzzle) for each Sudoku games Akari Futoshiki and Kakuro.

+) What's new compared to the free version:
1) No ads,
2) Added 200 additional puzzles,
3) All puzzles are open, no minimum score constraint!
4) Added an extra button to mark all the grid in one click.