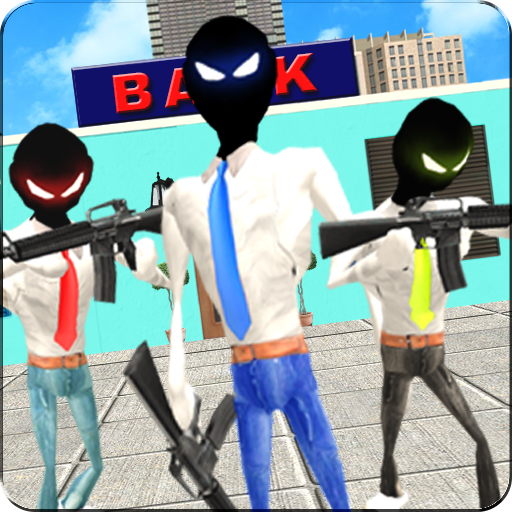 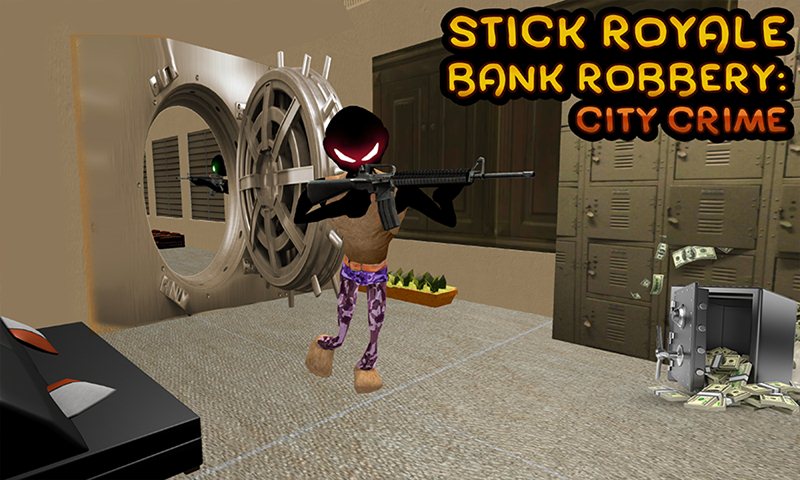 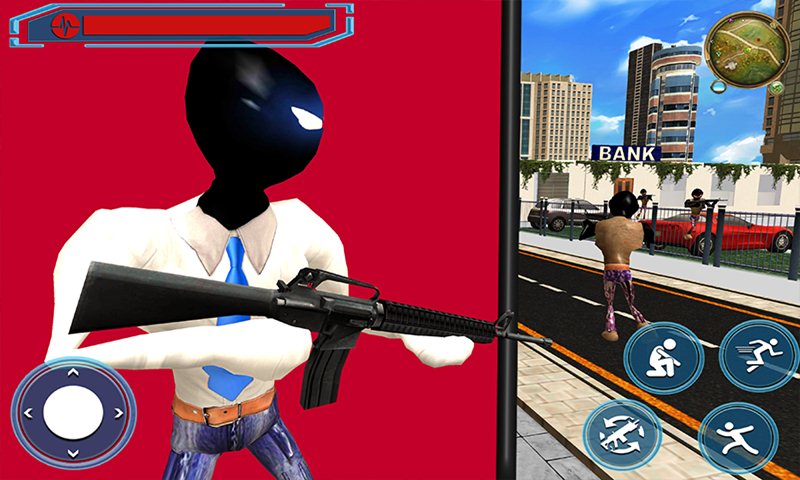 Get ready for the action and shoot the thugs or robbers who are trying to rob the city bank in this Stick Royale Bank Robbery: City Crime. You play this action simulator as stick heroes squad and save the innocent civilians which are stuck in the bank. Fight with bank robbers but beware from these dangerous criminals and save the hostages. You need to take charge and shoot these evil stick gangsters. Bank robbers are equipped with more advanced weapons and ready to shoot you.

This action simulator is full of entertainment and thrilling missions are waiting for you. The robbers enter in the grand city and rob the bank but this time stick hero squad stop them to rob the bank in this city battle simulator. The evil sniper shooters are trying to steal the Cash from grand city bank. Stop the bank robbers and shoot them before they take all cash to their secret place. Shoot all the bank thugs with the help of classic weapons and save the innocent hostages.

Stick Royale Bank Robbery: City Crime is action game with thrilling gameplay where you play as elite stick hero are shoot the bank robbers & save the civilians. Choose your favorite stick hero and shoot the thug mafia with the help of your stick heroes allies in this epic battle simulator. Use your combat skills to strike down these evil robbers and win this ultimate war. Explore its amazing bank environment and find more powerful riffles placed somewhere in the battleground. In this Battle Royale, you need to save yourself from evil enemies which spread in the battlefield. Shoot more and more stick enemies to unlock more advanced characters.

Robbers are attack on city bank and try to steal all the cash from them. Raid the attackers with your Special Stick Royale Squad and shoot them. Kill all the thugs and fight with Big Boss who controls all the illegal activities. Don’t let Dangerous Robbers escape from you, otherwise they will rob another Bank with the help of their lethal weapons and Steal Skills. Your main task of this battle royale mission is to be the last survival in this battle field. Shoot all the thugs with the help of classic weapons. Exciting missions are ready to boom in the gaming world and explore the stick heroes shooting skills in the world.

• Play as stick hero squad and save the hostages in the bank
• Choose your favorite stick hero squad to fight with robbers
• Realistic Sounds, Smooth and Easy Controls
• Thrilling Missions and Amazing city bank Environment
• Addictive gameplay with 3D graphics
• Shoot the big boss who controls all the illegal activities

Stick Royale Bank Robbery: City Crime is specially designed for all Anti-Crime lovers and shooting games fans. Take the responsibility of this hostage rescue and be the hurdle against the brutal stick enemies escape by finishing the modern city rescue mission. Use your classic weapons and sniper skills to stop the robbers who are trying to rob the city bank in this thrilling simulator. Complete all thrilling missions and become famous in the gaming world by playing this bank robbery game.