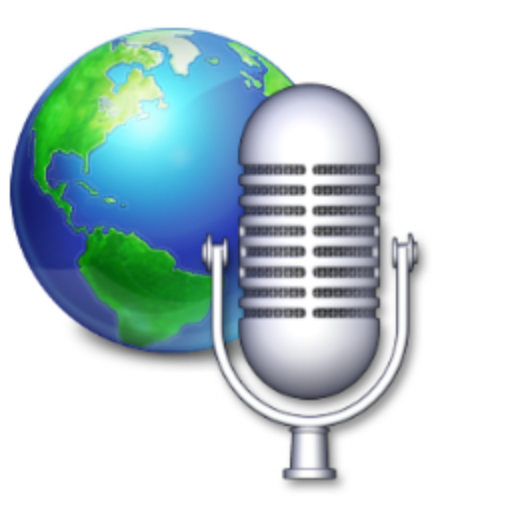 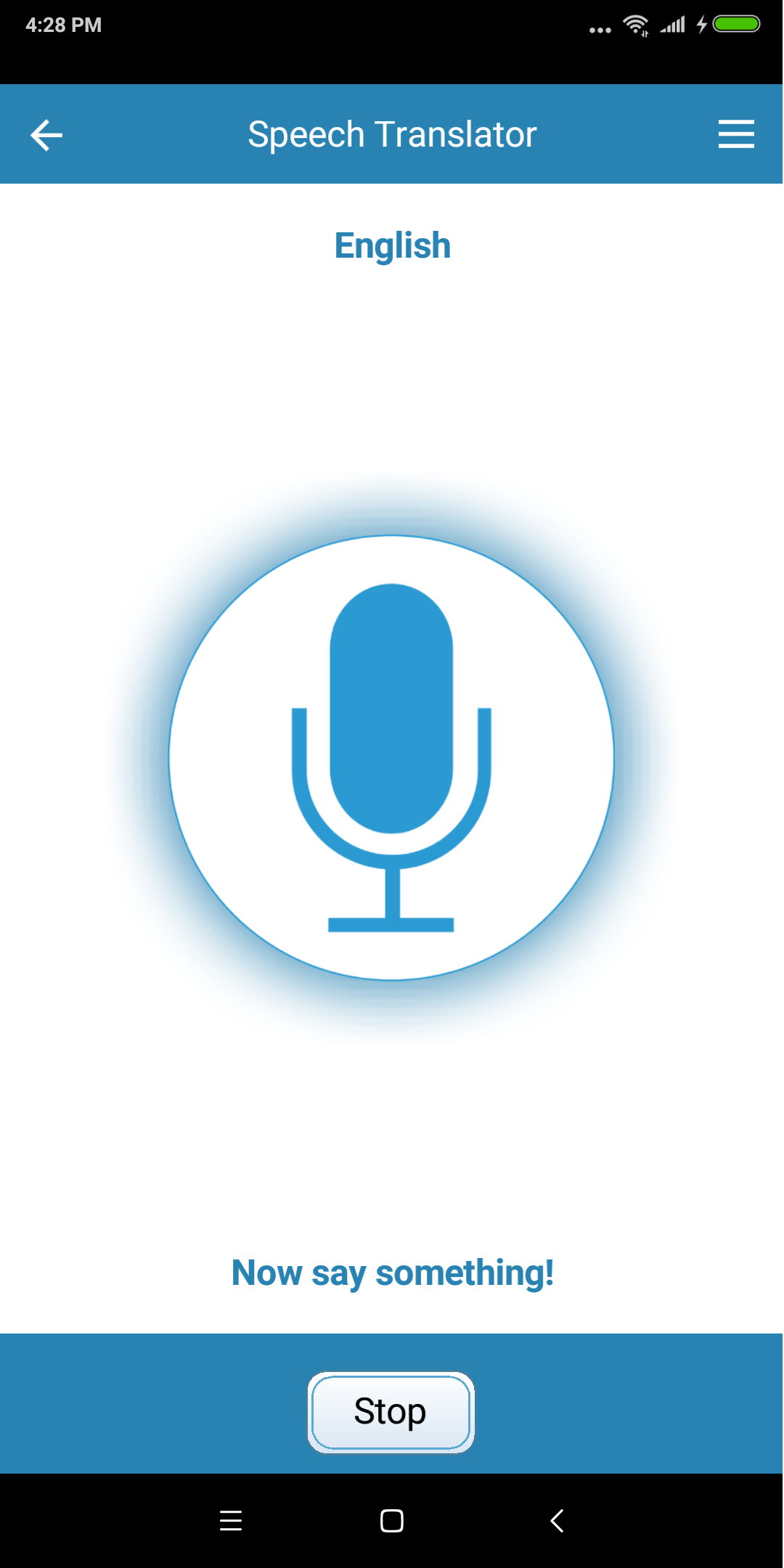 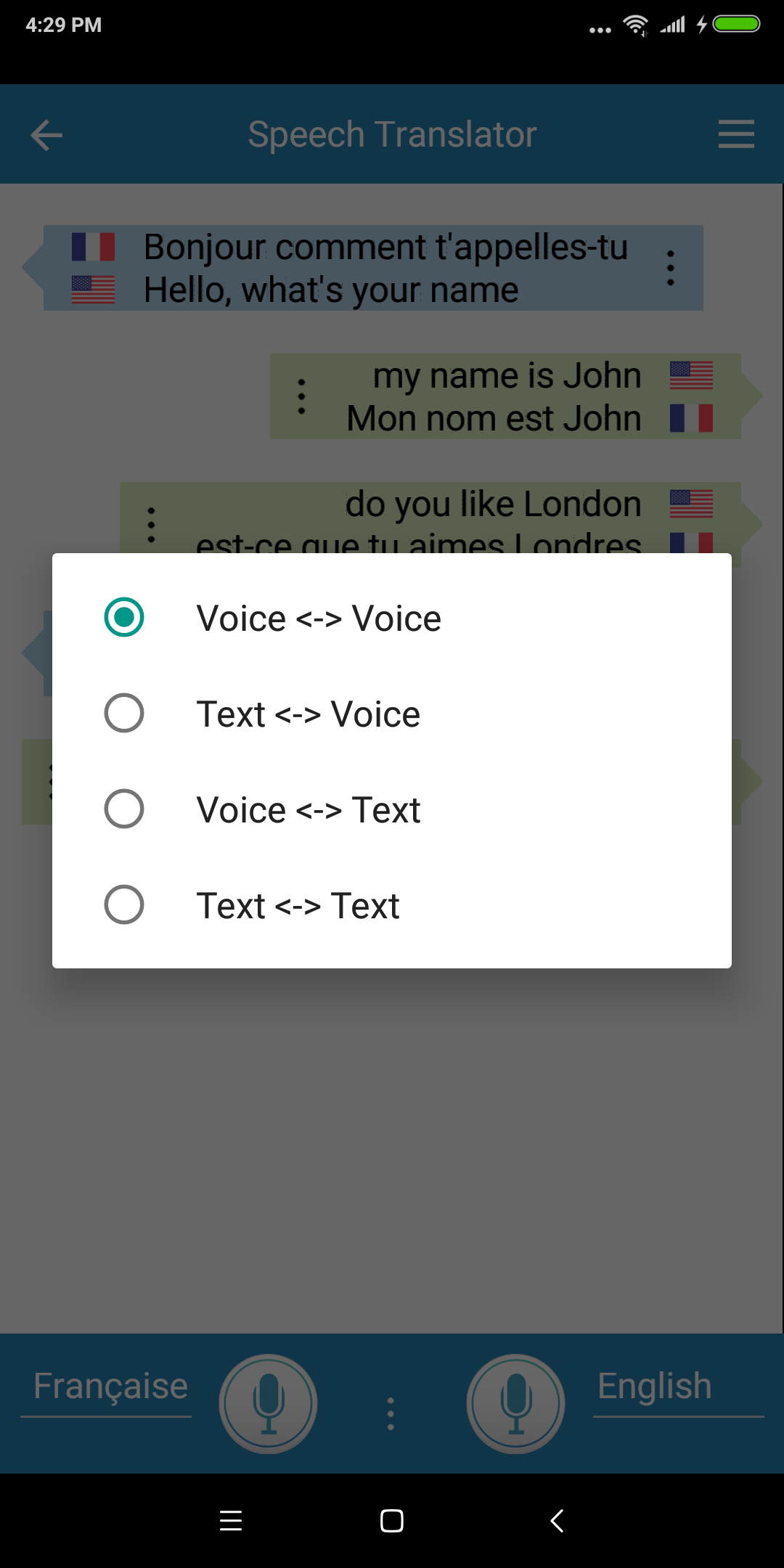 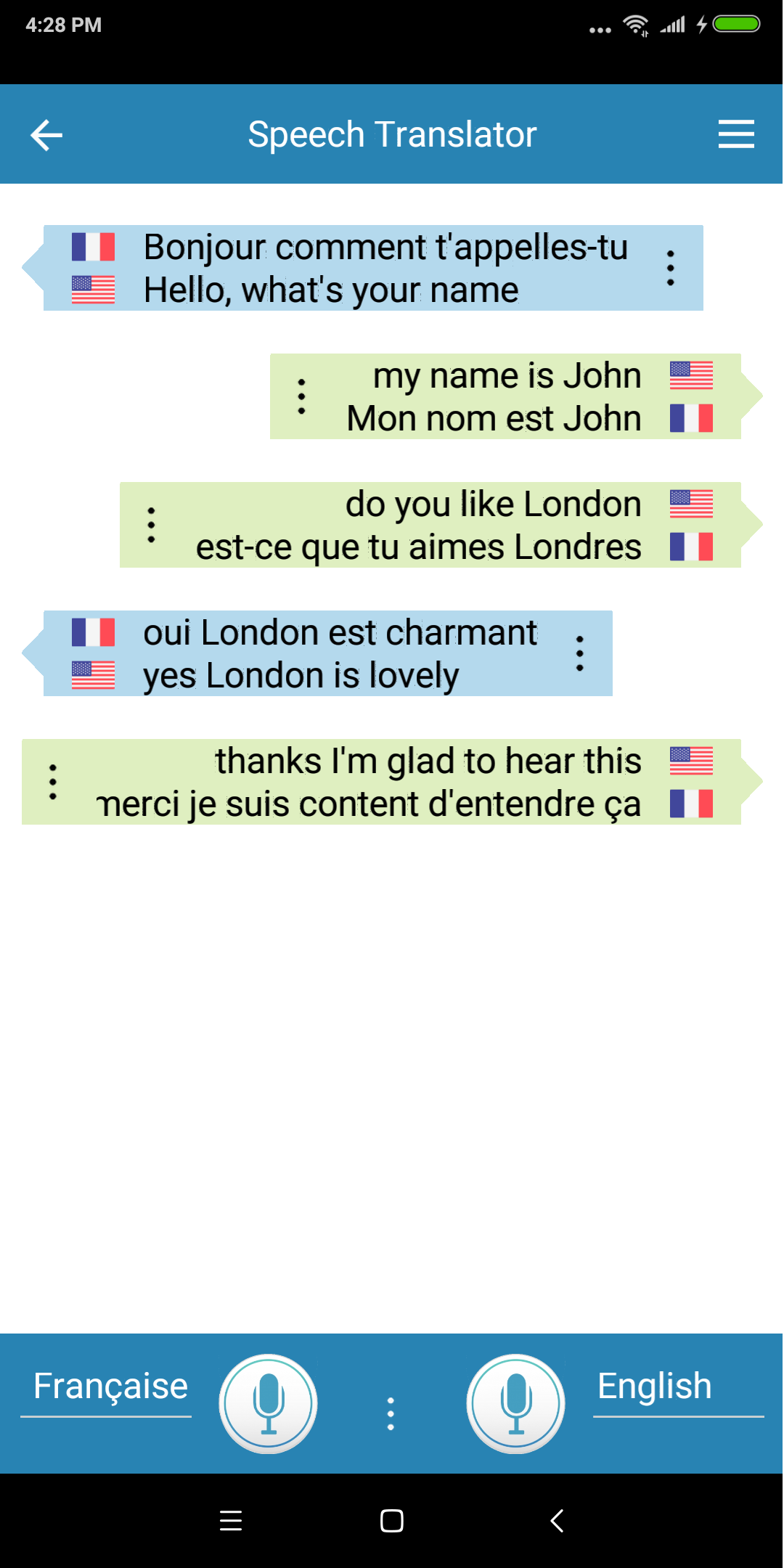 This app allows you to translate speech on-the-go. Just say something, and you will hear exact translation. It's as simple as if you are fluent in a foreign language.

You don't need a dictionary anymore. And you don't need to waste time typing your text into a translation application. Now everything is much easier. Just tap the "Record" button, and say a phrase in your native language. The Speak and Translate app will do the rest. It automatically recognizes your speech, then translates the text to foreign language, and finally reads the translation.

You can use this speech translator to communicate with foreigners. There are two "Record" buttons available on the interface: the first one is for you, and the second button is for your interlocutor.

You and the second person, in turn, press your record button, and pronounce a phrase in your language. The Speech Translator captures and translates voice. It's simple and convenient, as if you were communicating in the same language!

With this app you can speak and translate quickly and without restrictions. Install the application right now, and it will become your reliable assistant in communication.