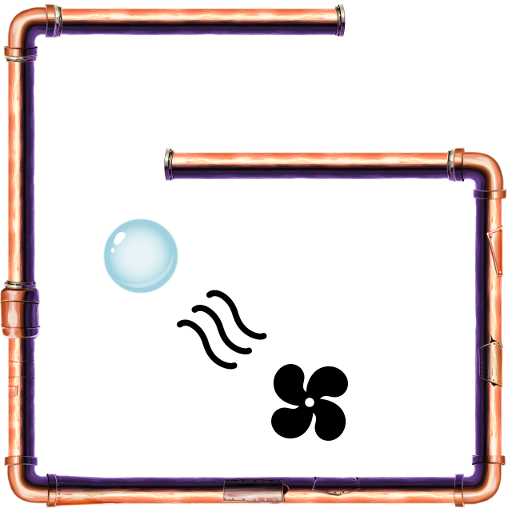 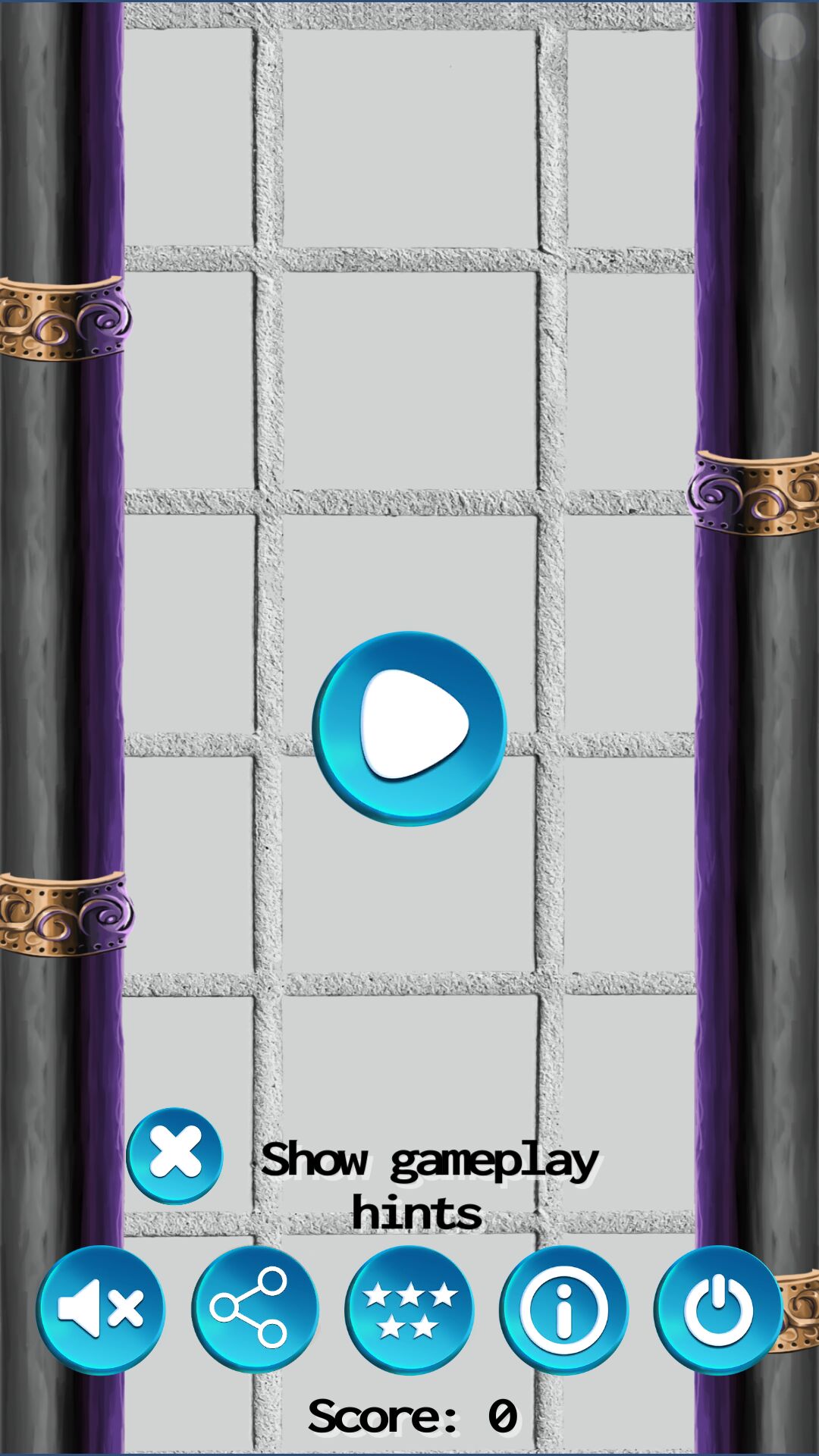 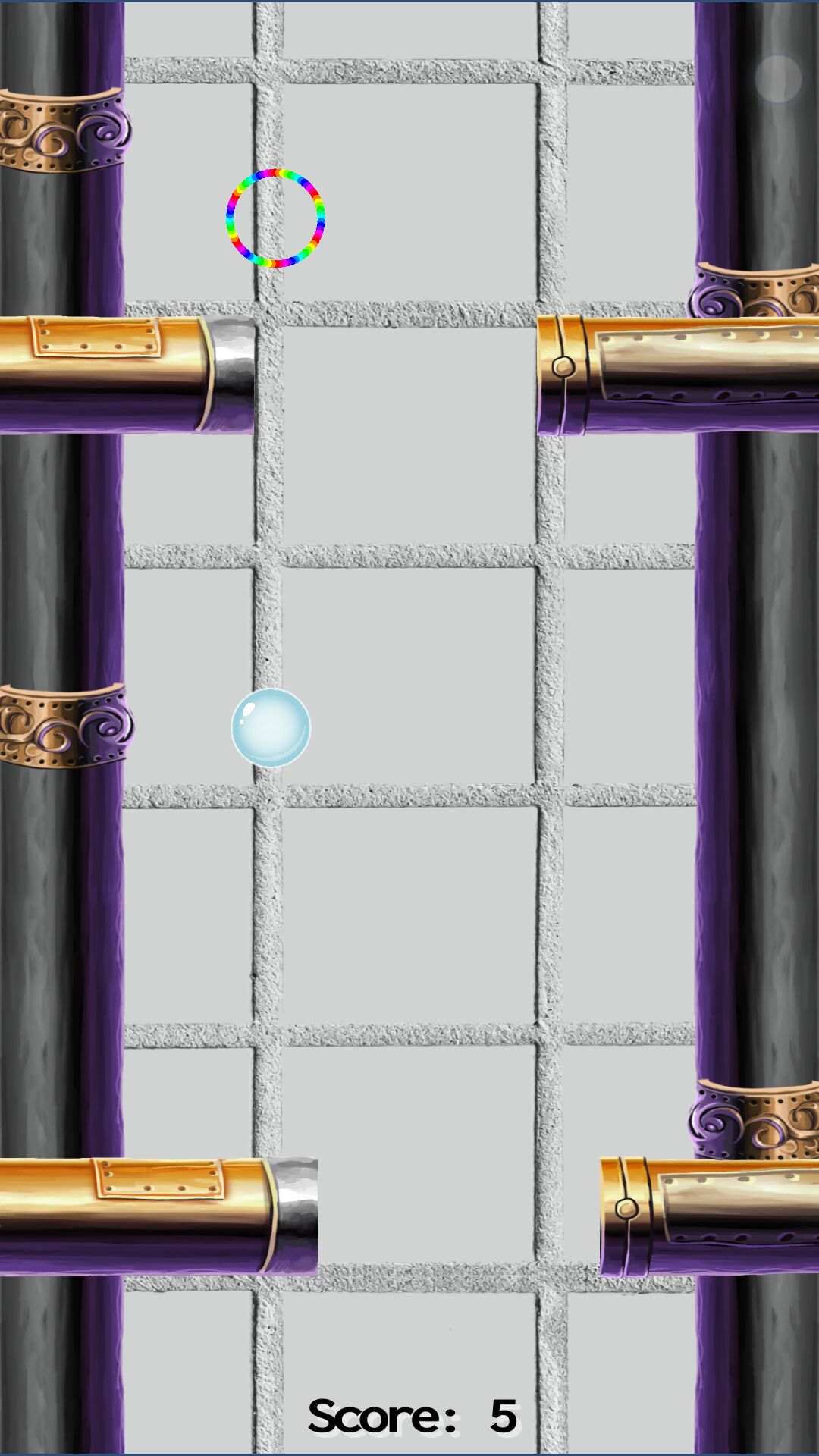 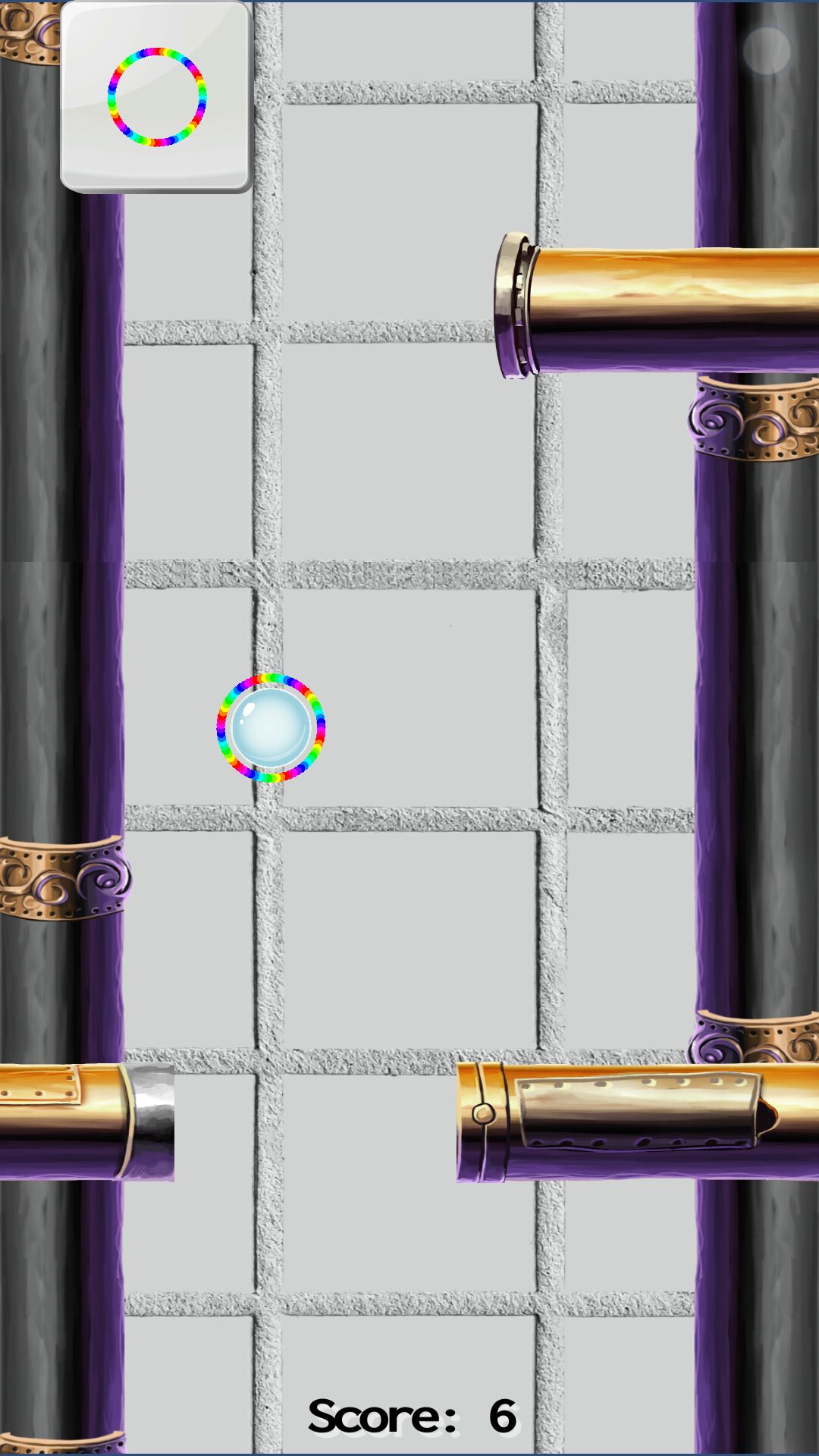 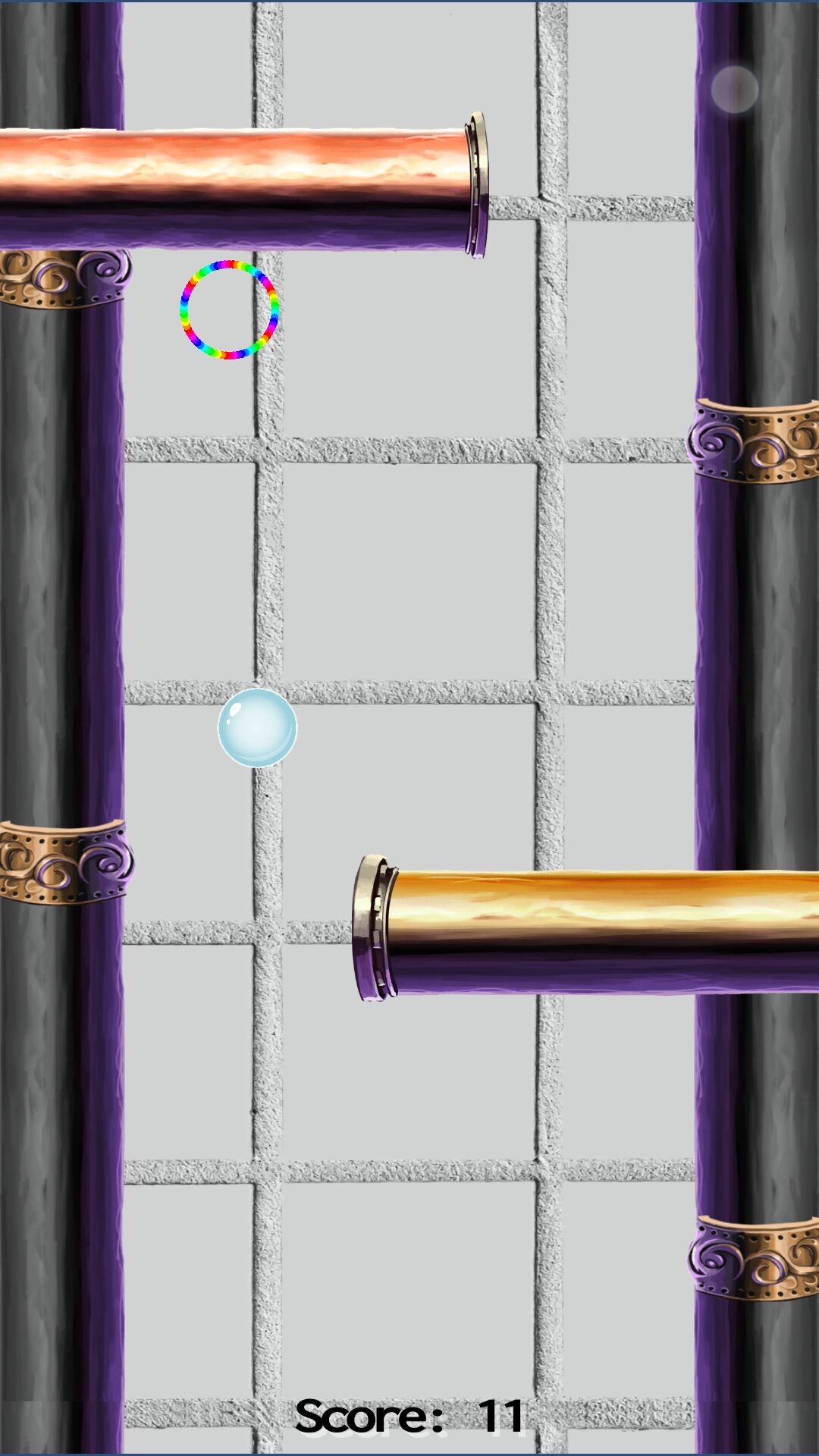 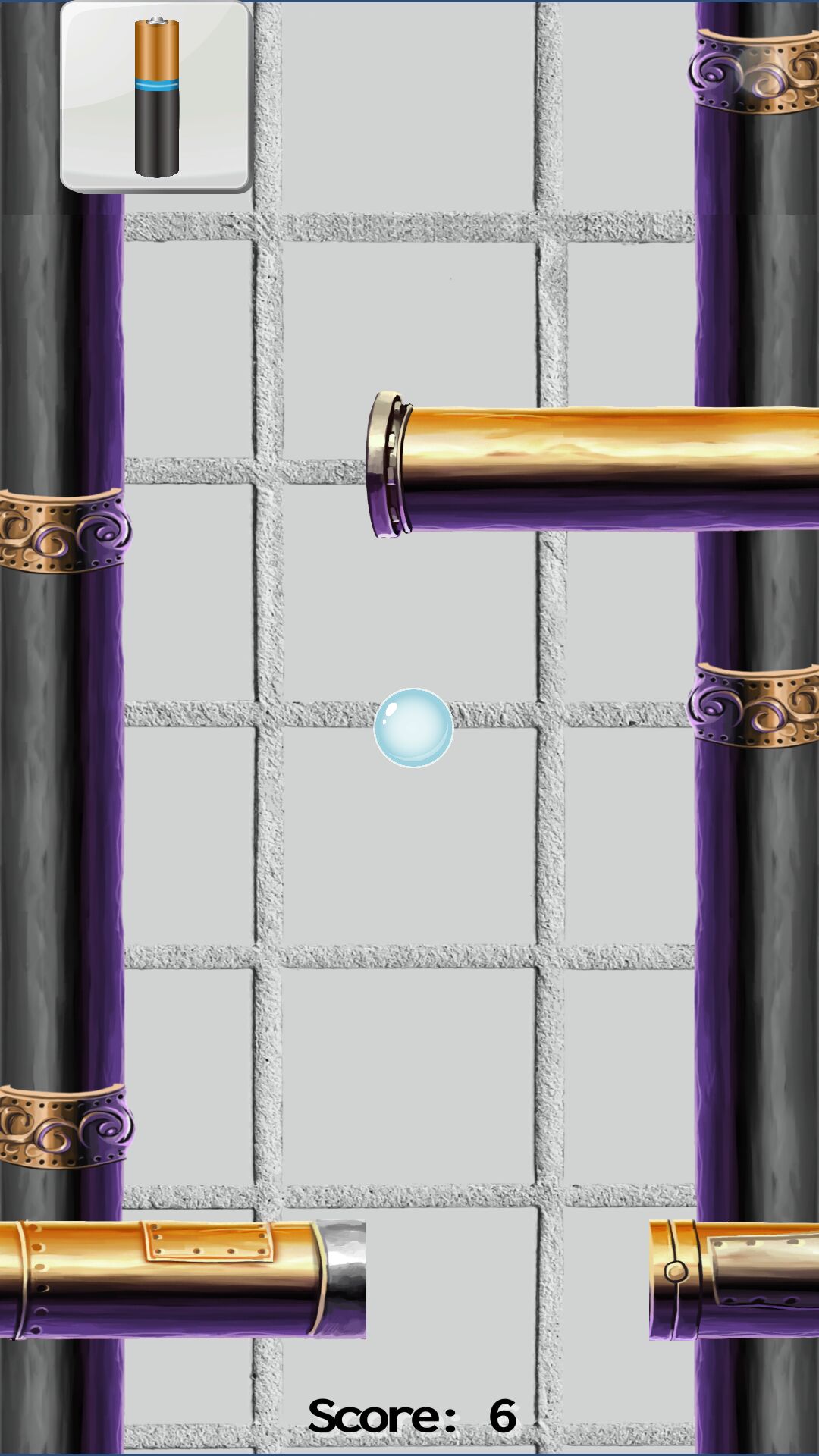 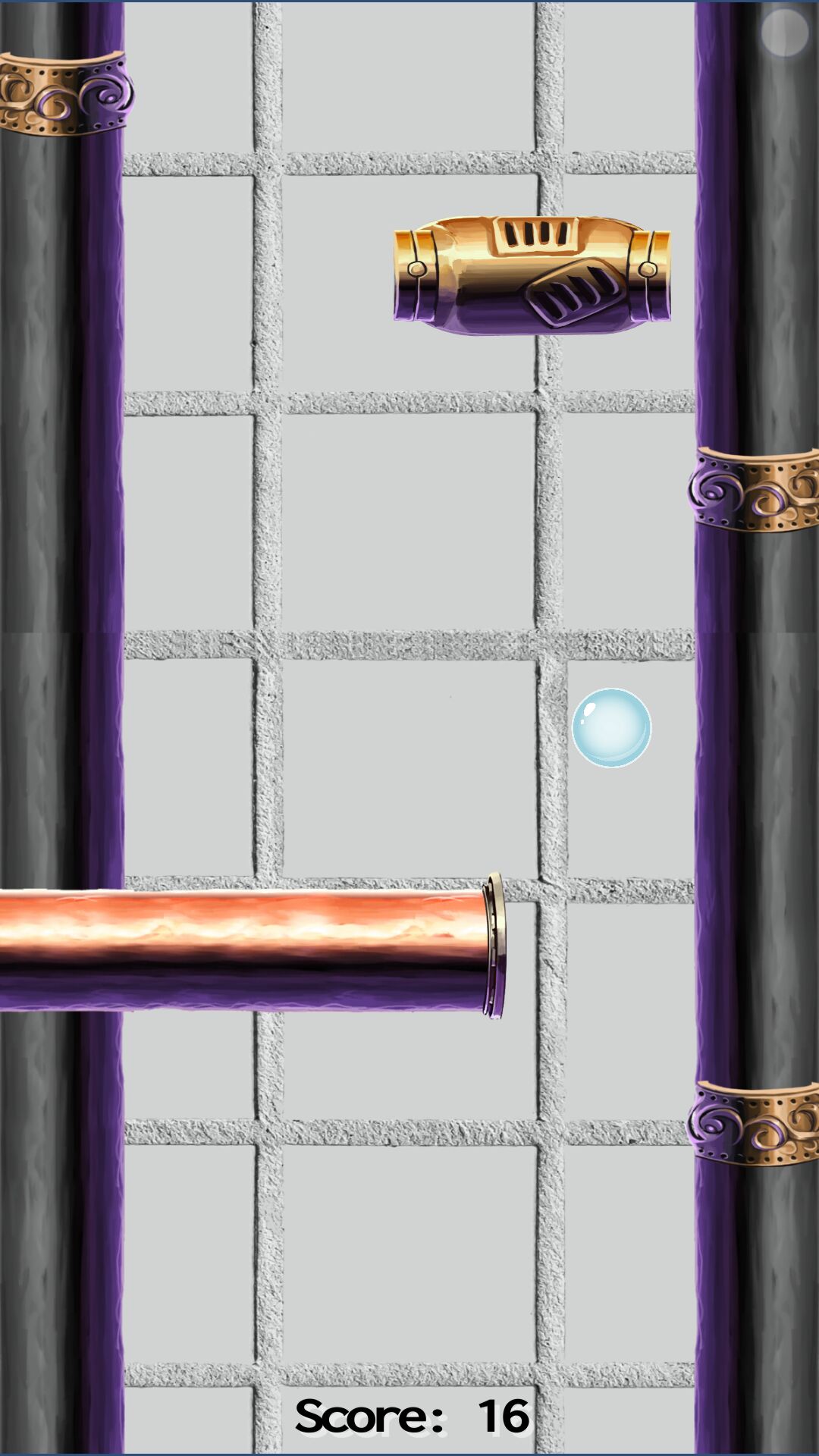 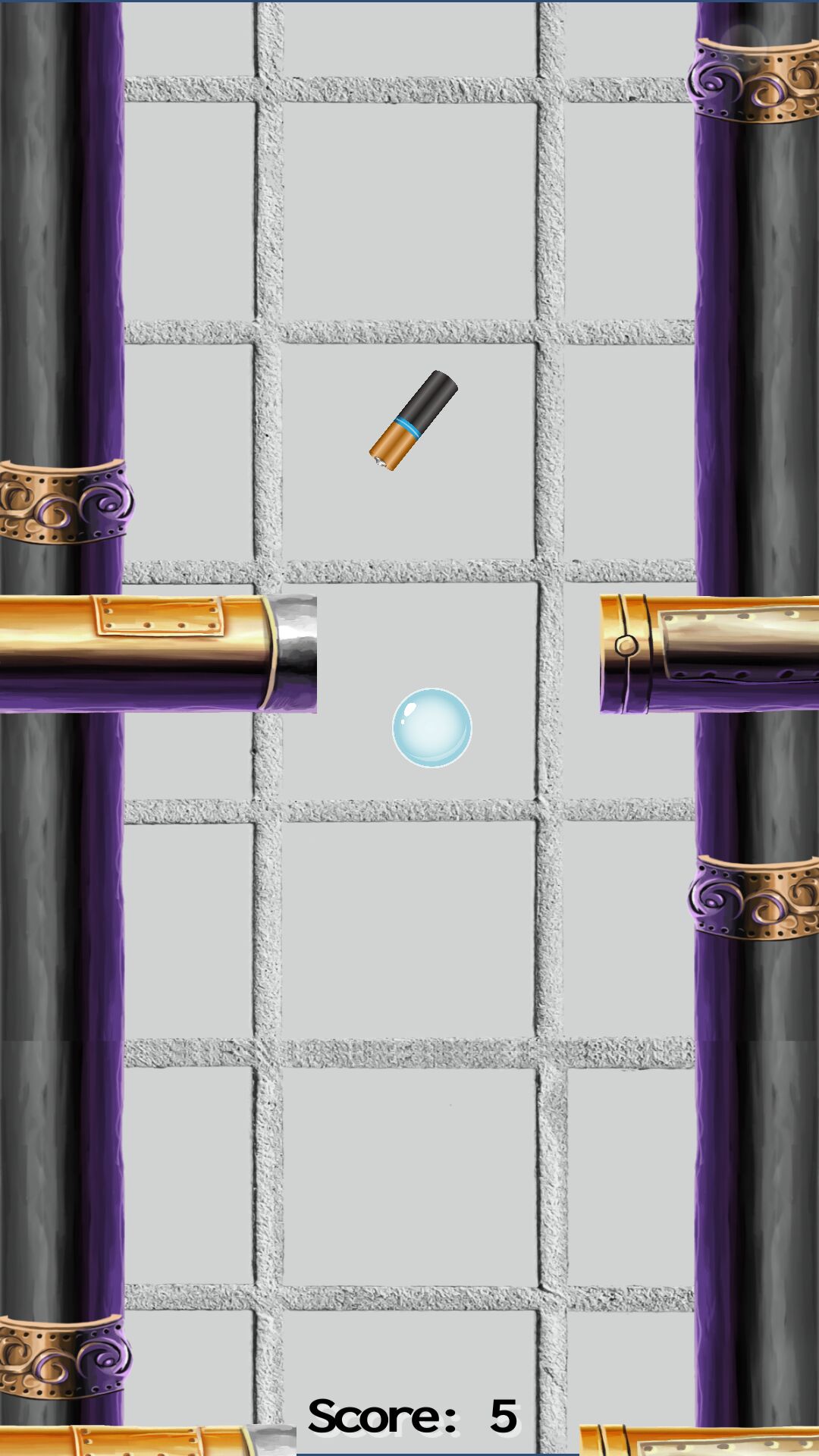 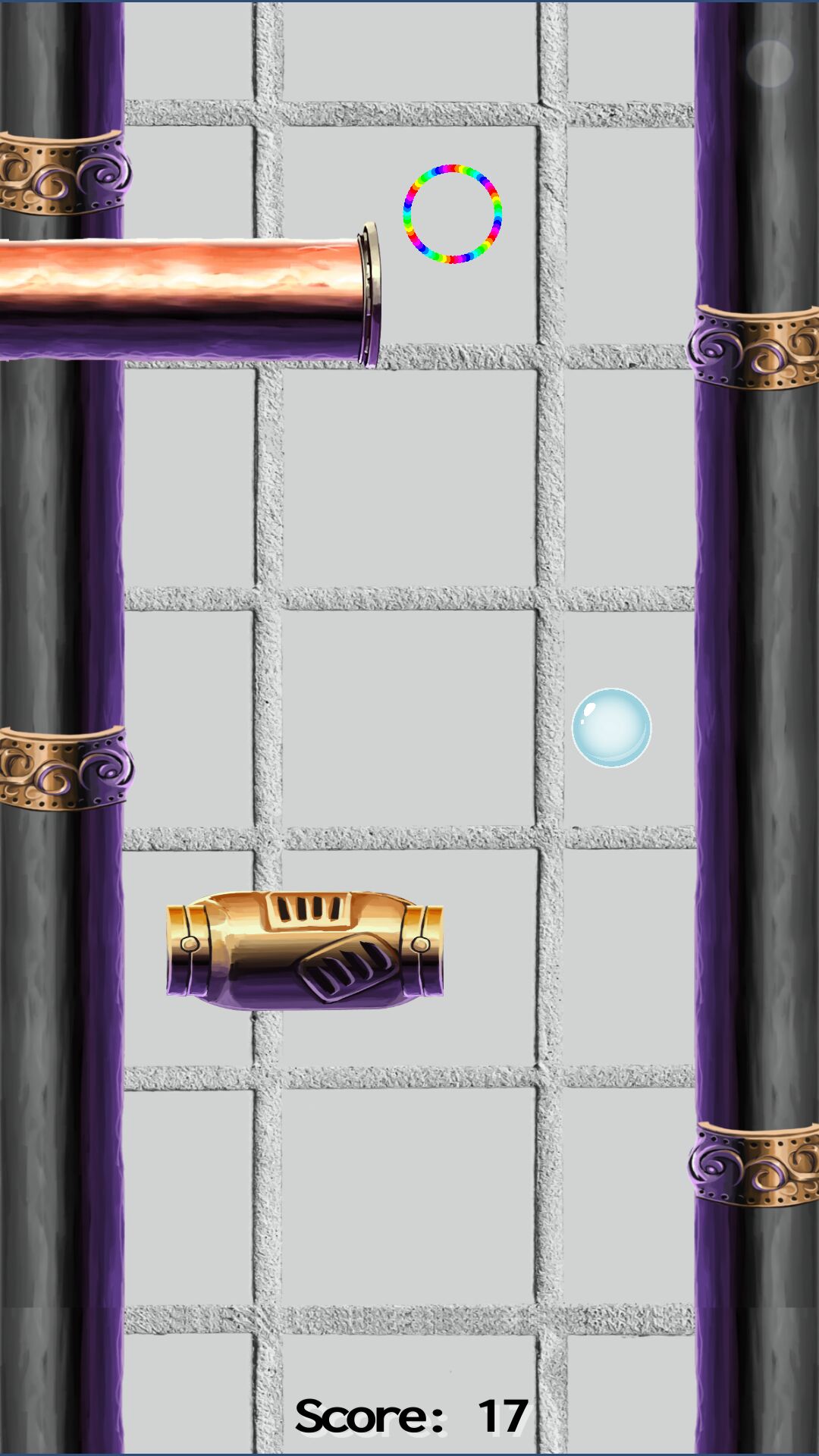 Soap Bubble Adventures is a casual game. The main idea is to try and avoid popping the "character" bubble.

The bubble will burst if it hits any obstacle. I order to avoid this the you must move the bubble by the means of an airflow.

Since there's a finite amount of airflow available, you must decide how to use it (by choosing a direction and balancing the horizontal and vertical components).

You can decide how much of the available airflow (force) should be used to speed up or slow down the bubble in the vertical plane and how much to move it left or right in the horizontal one and thus avoid incoming obstacles. It all comes to managing airflow angles/directions and making the best decisions in a short amount of time.

Once the bubble gets passes an obstacle, the score will increase.

The game has shield and energy bonuses that can be activated by collecting the appropriate objects.

The energy bonus provides an increase in acceleration (but not in top speed), while the shield bonus allows the bubble to hit any obstacle and not burst.

Obstacles also appear on the screen also dependent upon the score (in their case, they appear more frequently as the score gets higher). Their horizontal movement speed is also higher as the score increases.

While the appearance rate and movement speed of bonus objects and obstacles are generally related to the score, there is also a bit of randomness (horizontal location of the bonus objects is randomly chosen between predefined limits; and the horizontal speed of the obstacles is also random, up to a score and obstacles type dependent upper limit).

Soap Bubble Adventures is designed to be over when the bubble "character" pops.