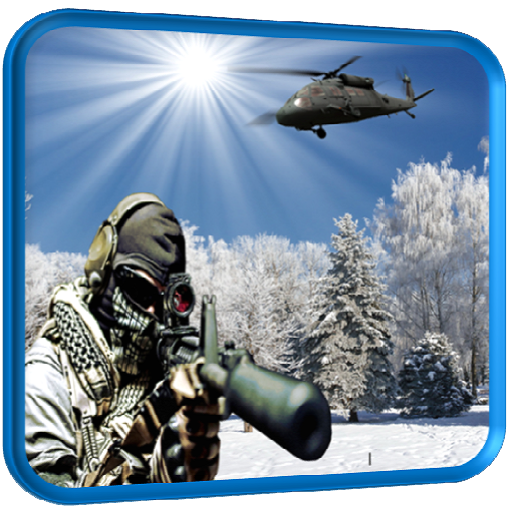 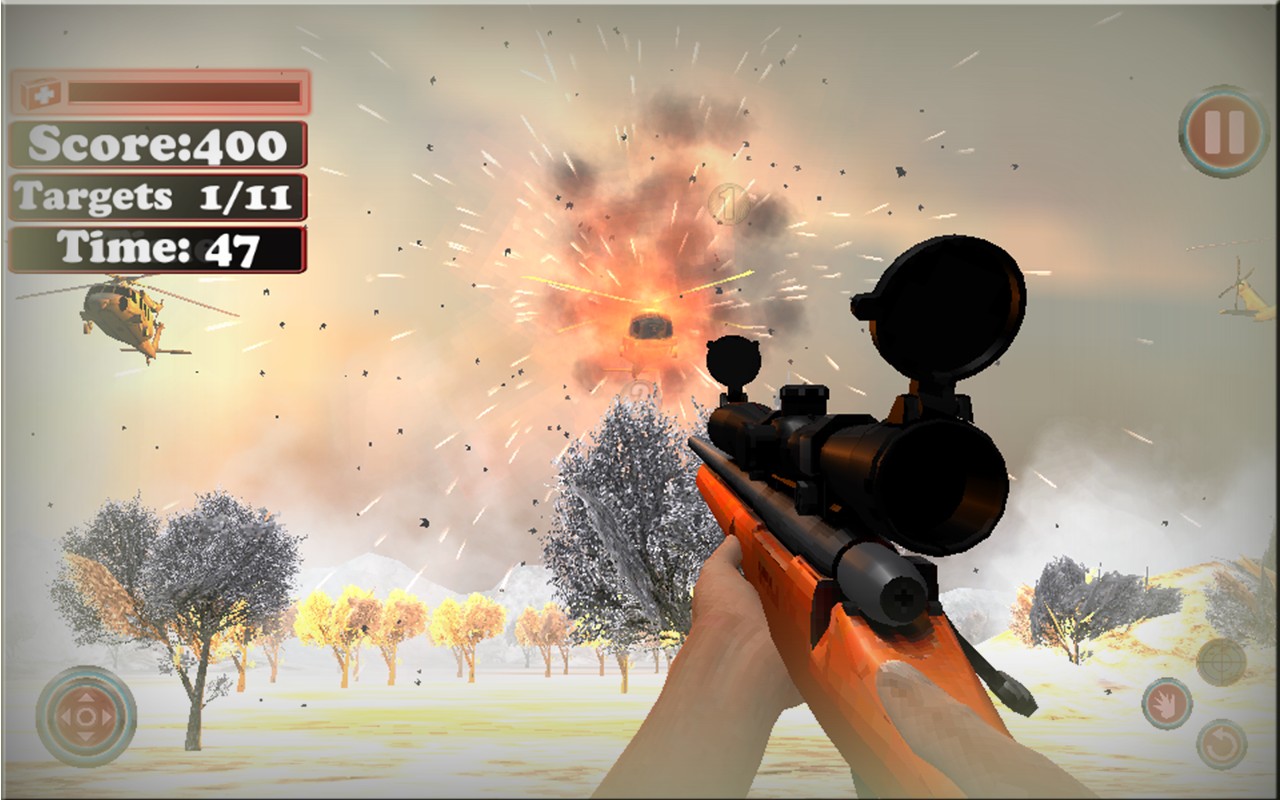 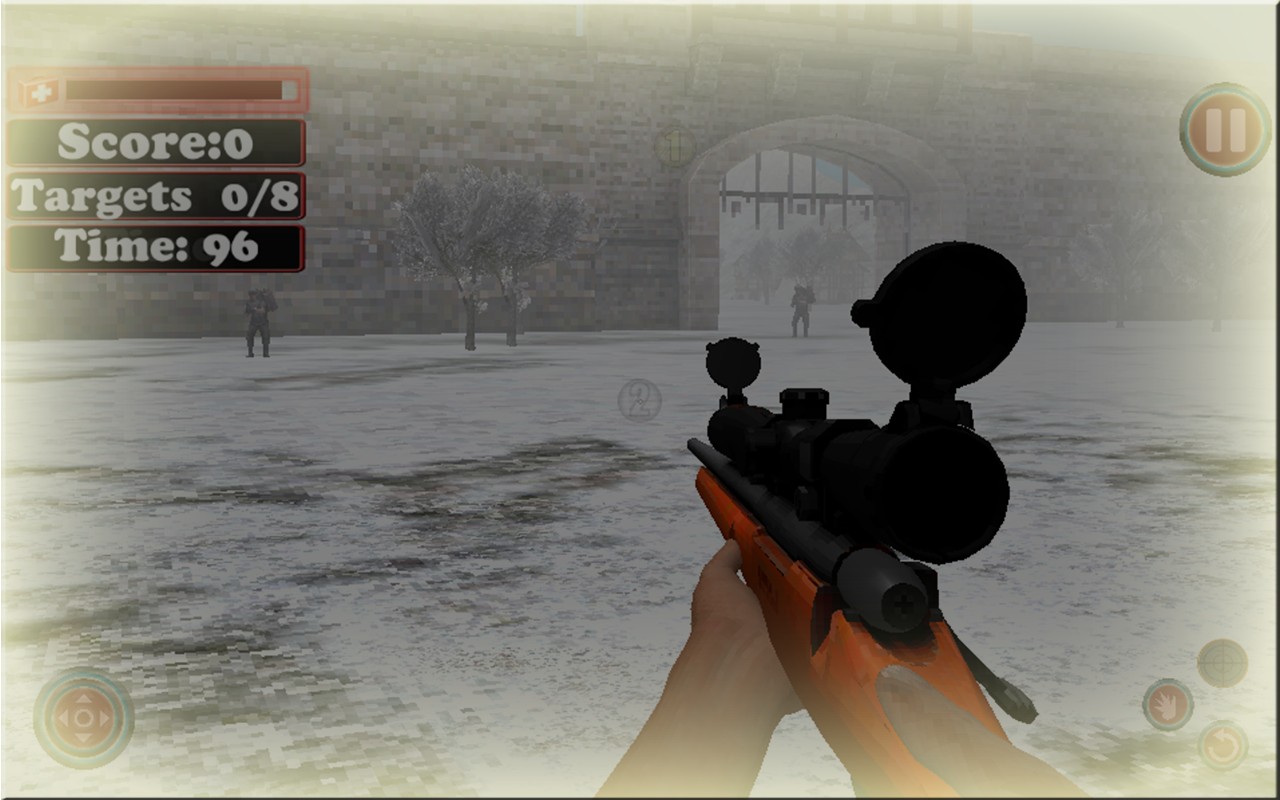 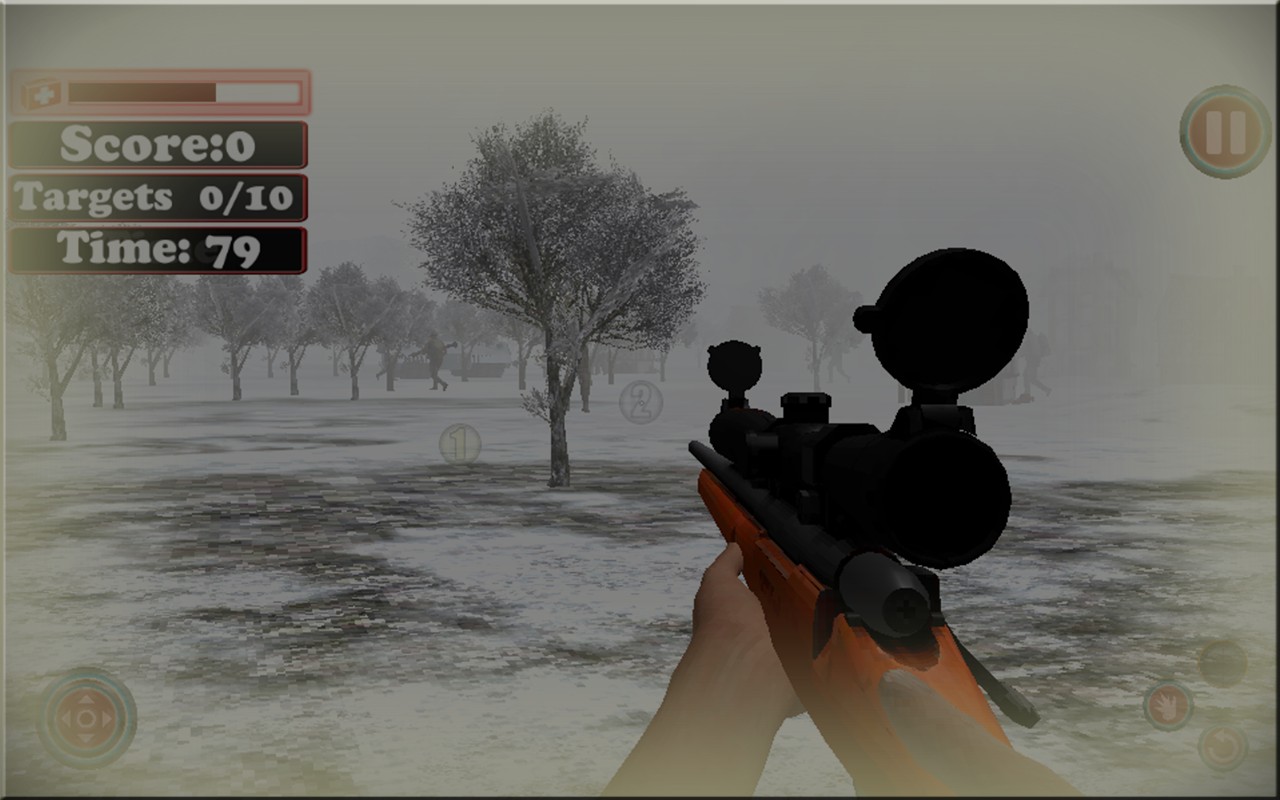 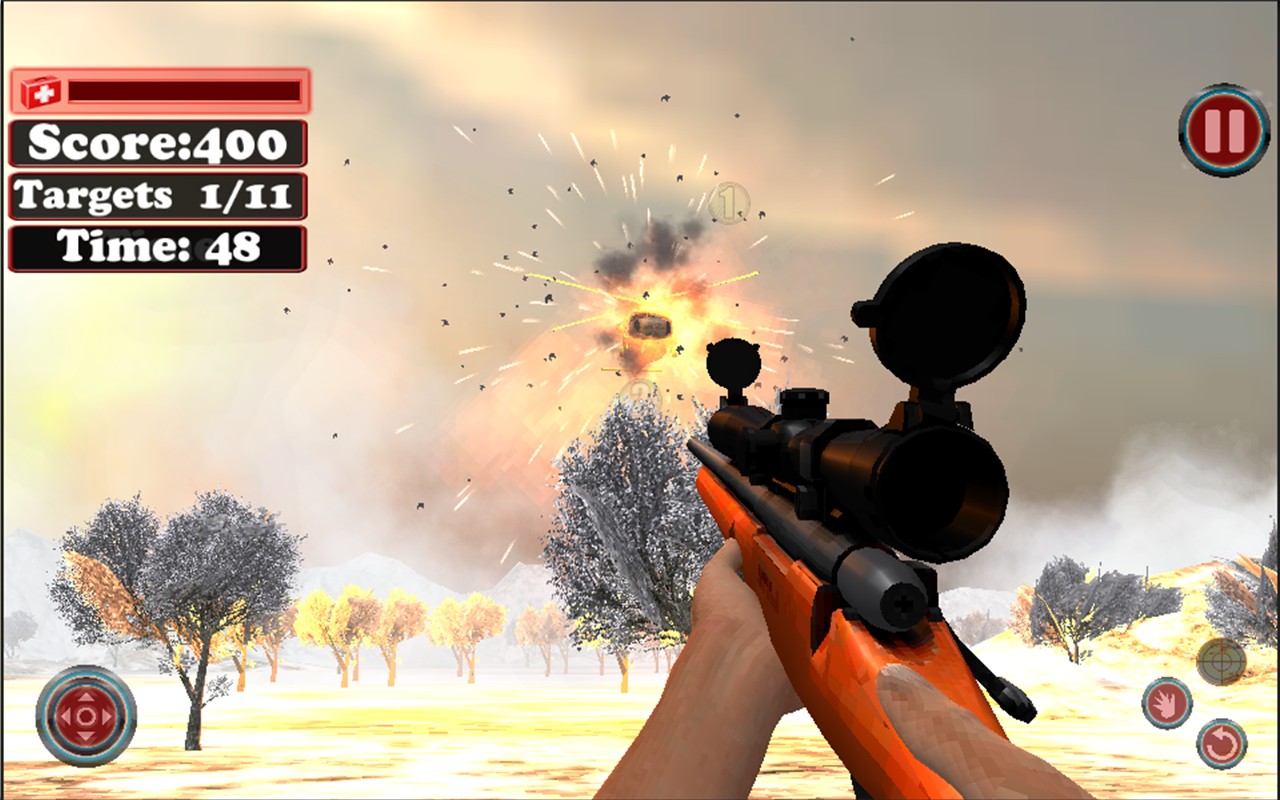 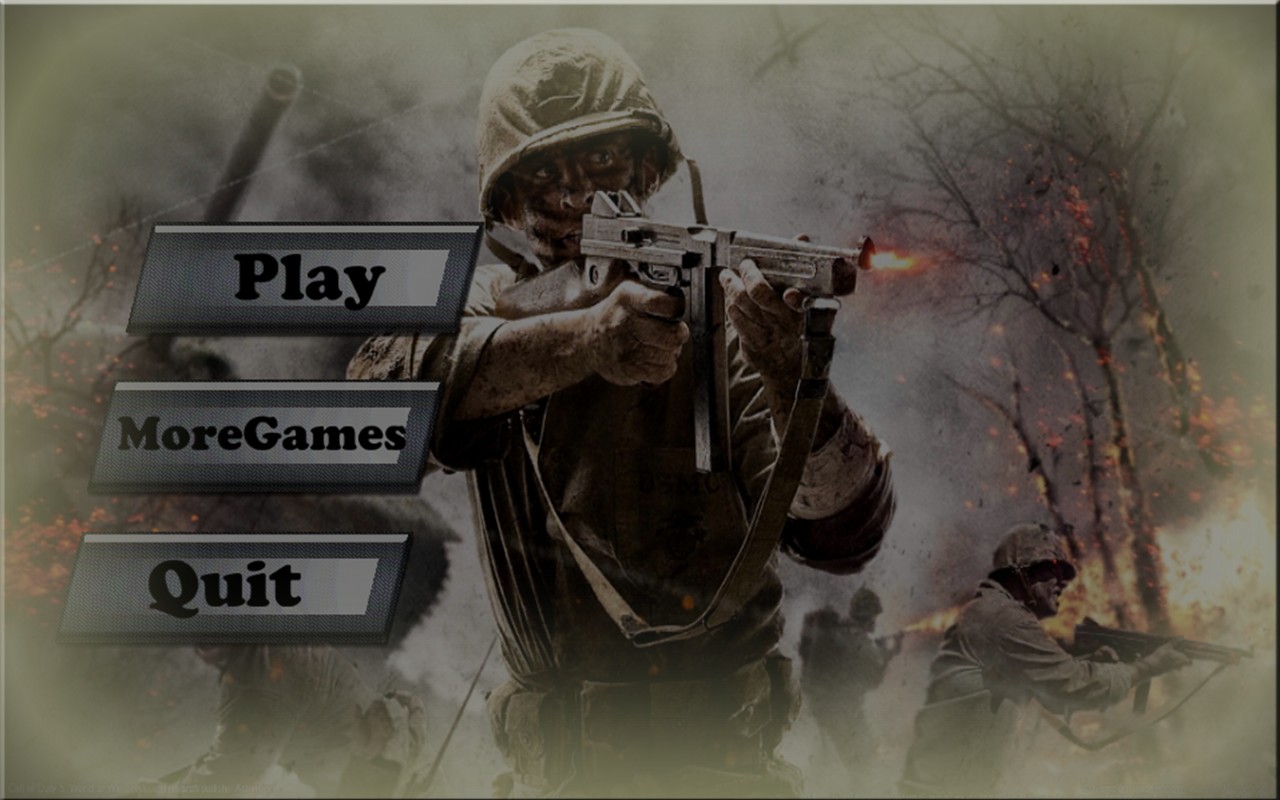 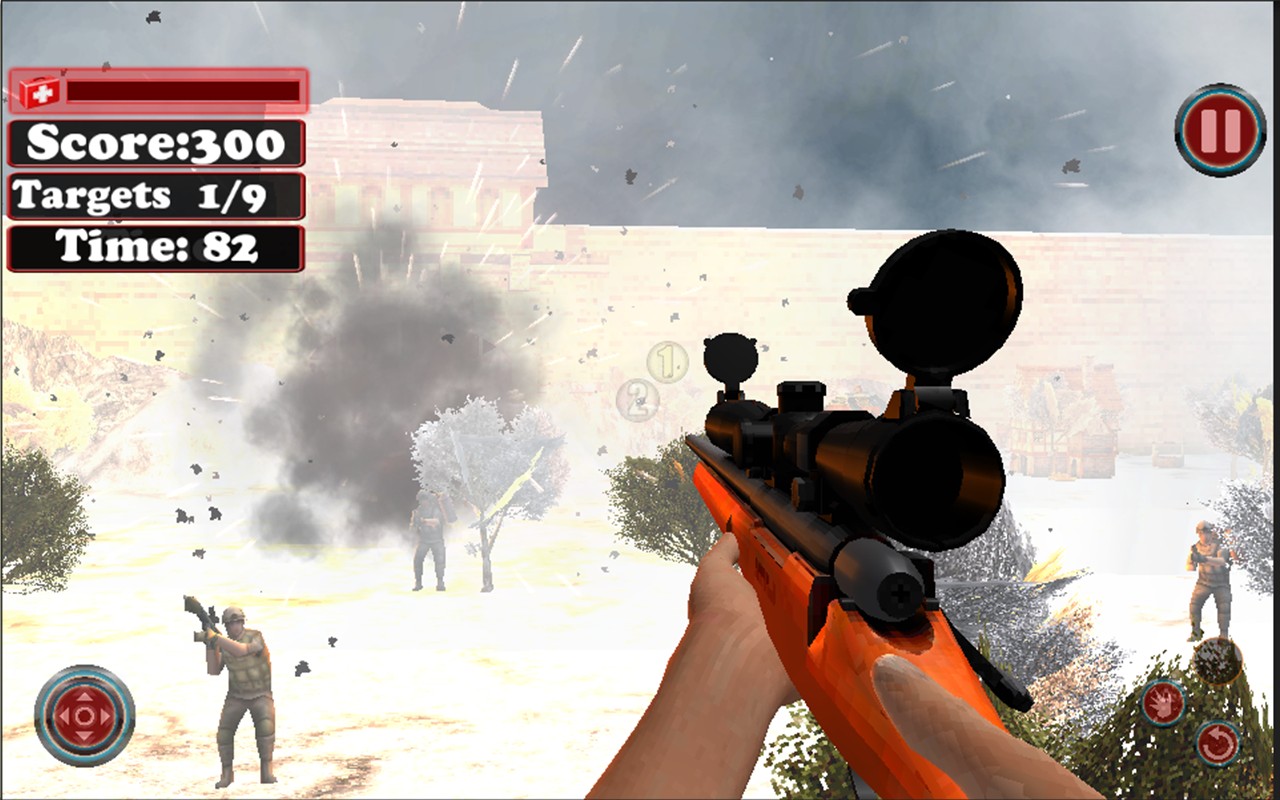 Snow Mountain Sniper War 2016 This is a FPS game, a shooting game for your entertainment. Snow Mountain Sniper War 2016 is aiming to offer you an enjoyable time while playing it and it simulates a real battle against terrorists. Terrorist team must eliminate the thread by shooting all the enemies, which is the terrorist team. You need to move fast and don't give your enemies time to shoot you because your life will drop and you will lose the battle when you die. Shooting more enemies means more chances to survive into the army mission. It is not just a regular shooting game, you will now learn how to use different guns and shoot fast, before you even start thinking. Yes, that is the task: to be able to shoot before thinking about shooting them. If you aim and use you’re shooting skills well, you will be able to give head shots and you will kill the Enemies directly. Advance in game in order to unlock new weapons for better battles. If you play well, grenades are available as well. Have fun and protect the country! Soldiers! Protect the military base camp and save your troops on arctic hill war mission. Play Snow Mountain Sniper War 2016 to eliminate group of terrorists in a callous combat. Drive armored jeeps, fly gunships and kill terrorist enemies after acute shooting on frozen hills.