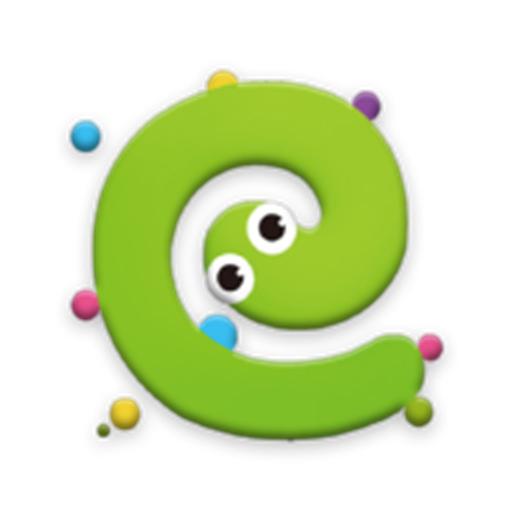 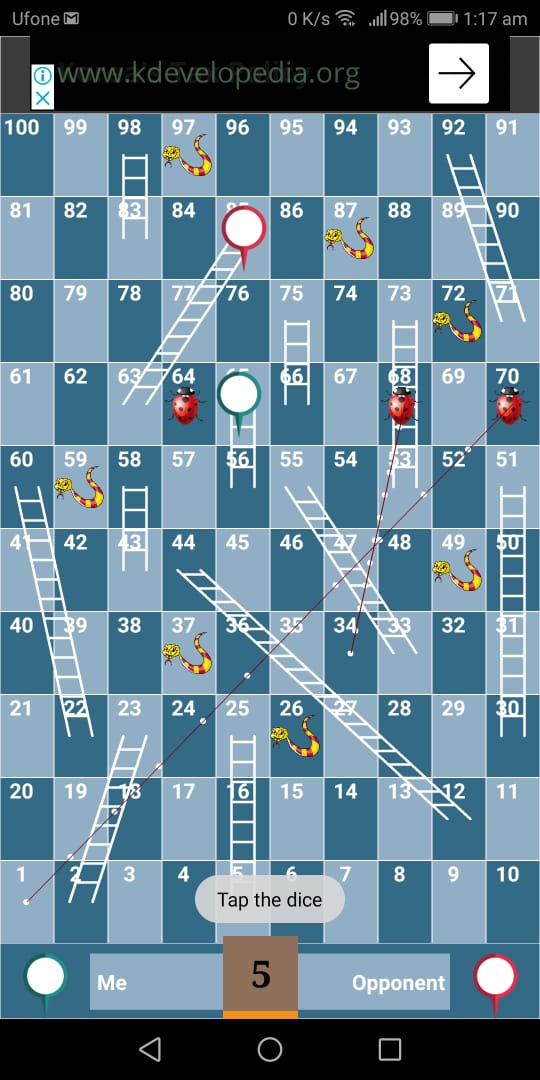 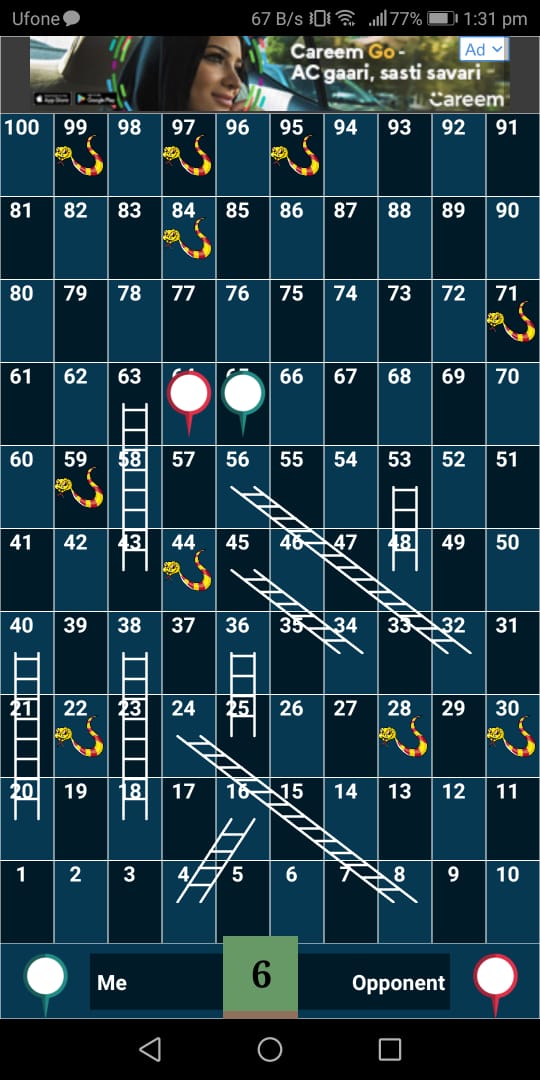 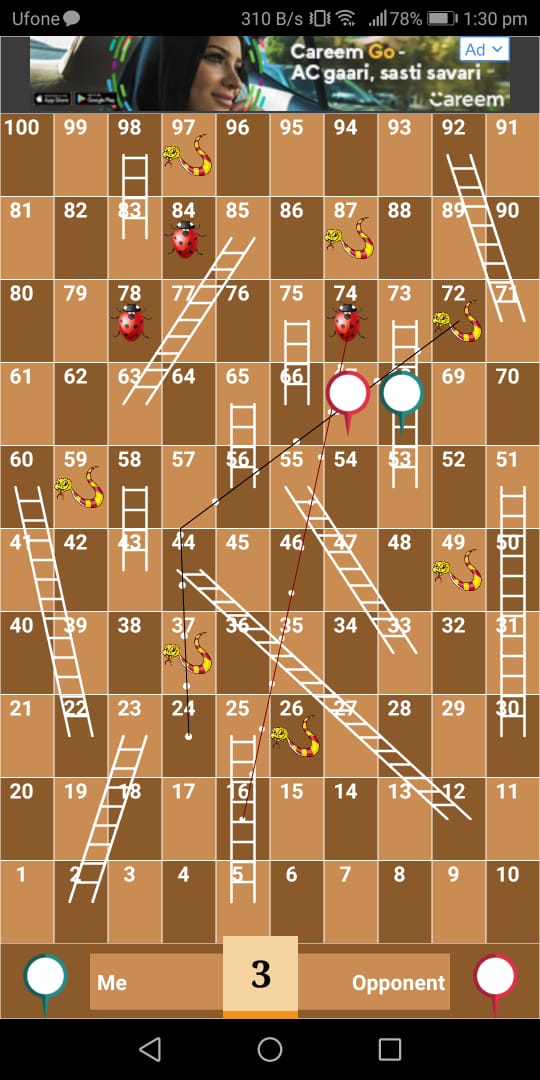 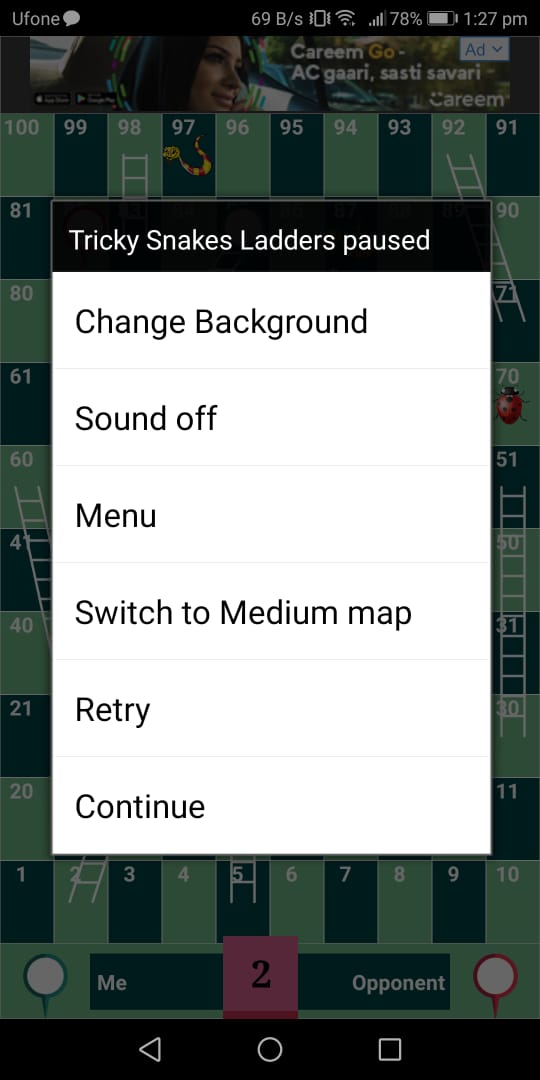 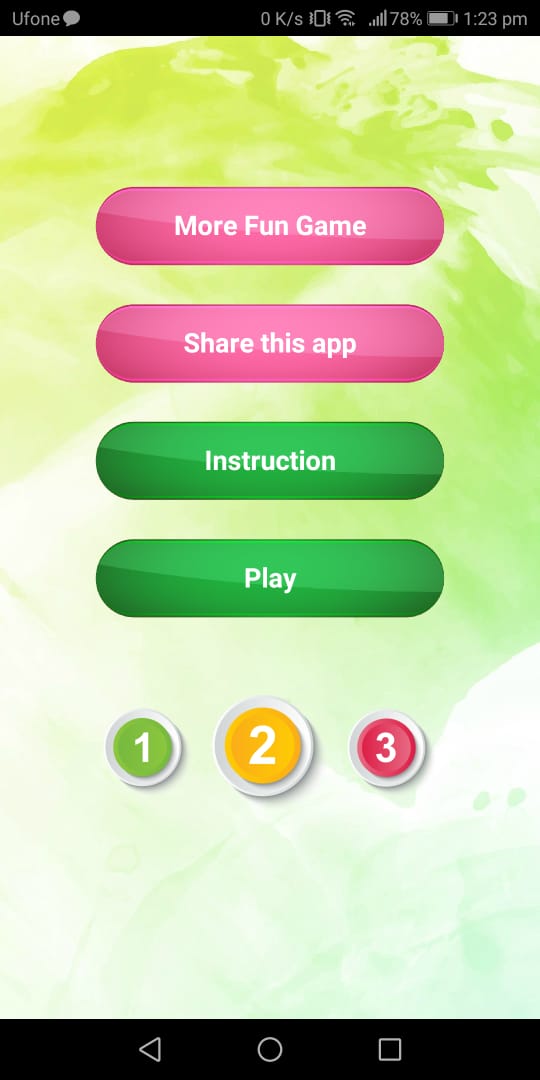 It is an android version of board base snakes and ladders game. This game is based on luck.

TEST YOUR LUCK WITH THE BEST SNAKE AND LADDER GAME

It has three rich levels to keep you occupied with the thrill with varying level of difficulty. For example, depending on the level you are playing, some random bugs will appear during the game play that works like snakes. In the hard level, they appear so close that user win chances decrease.

It has interactive sounds.

It has many backgrounds which can be changed by user on his choice.

There are three sorts of maps i.e easy, medium and hard.