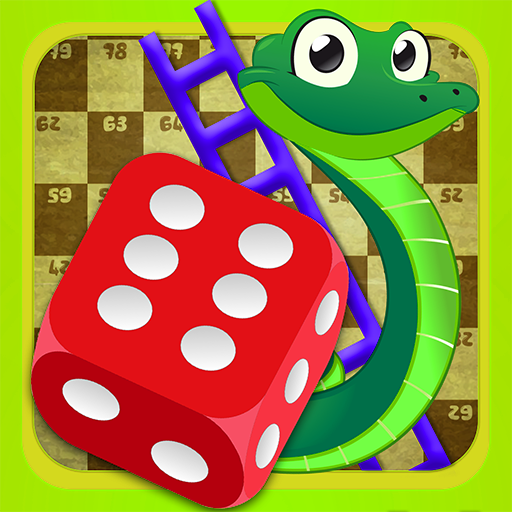 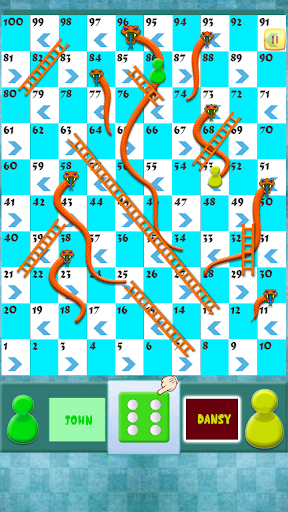 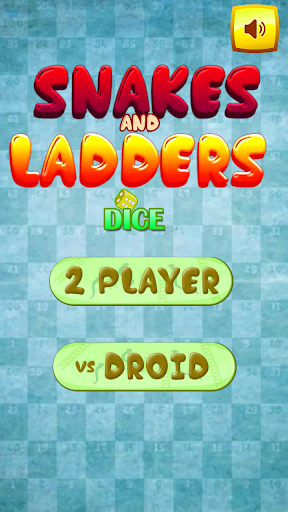 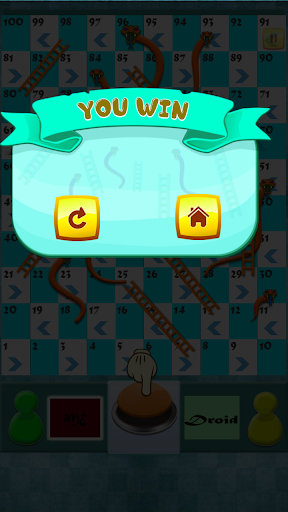 Snake and Ladder - The Dice  Roll Game is very famous multiplayer offline traditional board game. You must have played this game in your life as part of Ludo board.

Snakes and Ladders : The Dice Roll Game
One hundred squares full of traps and tricks… Roll the dice and try your luck!
Ladders will take you up but Snakes will take you down!

snakes and ladders is a simple and exciting game,
Snake and ladders game is based on luck.
The game is a simple race contest based on sheer luck, and is popular.
The historic version had root in morality lessons, where a player's progression up the board represented a life journey complicated by virtues (ladders) and vices (snakes).
A commercial version with different morality lessons, "Snake and Ladders".

In this game, you will have to roll down the dice, in order to move to different positions on the board, wherein on the journey to the destination,
you will be pulled down by snakes and raised to a higher position by a ladder.

Game Play
- This is Dice game, throw the dice and move the player. If you got six at first throw, then you'll get another chance. Easy right
-Easy game, but there is catch. If you landed on head of Snake, then player will move to tail of Snake. Ladder will take you up.

The game is a based on sheer luck, and is popular with Friends and Family Members.

This Snakes and ladders game is also a must play game with People.
ludo games free
snake and Ladders
virtues (ladders) and vices (snakes).