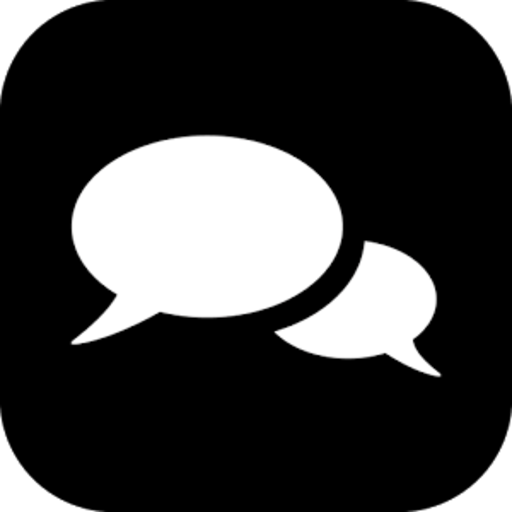 by Rhetoric - The Public Speaking Game™ 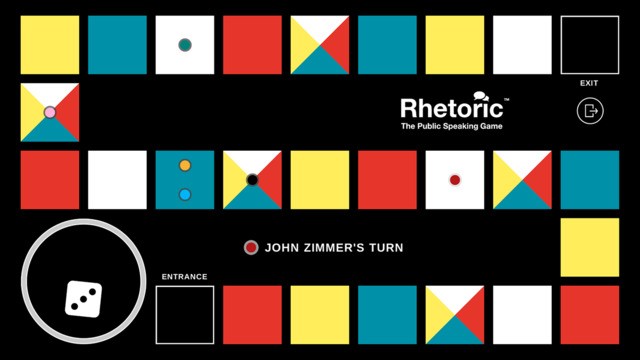 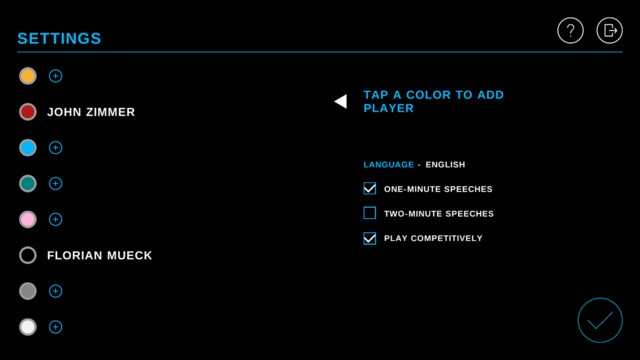 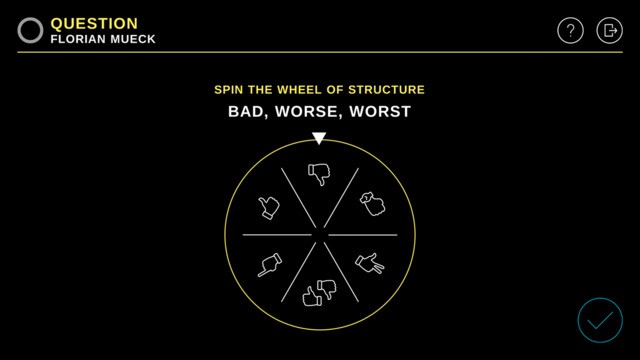 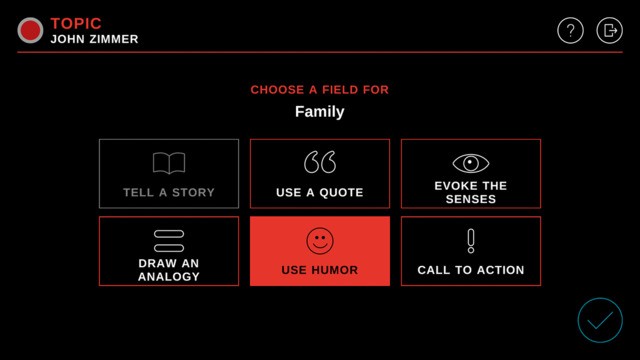 Public speaking. The mere thought of it can set hearts pounding! And yet, being able to communicate one’s ideas in public is an important and sought-after skill. With Rhetoric - The Public Speaking Game™, you will become a better speaker.

RHETORIC is an educational game created by Florian Mueck and John Zimmer that will help you improve your public speaking skills and have a great time in the process.

Designed for up to 8 players, RHETORIC will challenge and engage you with a series of public speaking tasks. You and your fellow players will step onto the stage and deliver a series of short speeches, as determined by the squares on which you land.

When you play RHETORIC, you will learn:

RHETORIC can be played in English, Spanish, French, German and Catalan, and will soon be available in other languages.

Now, it’s your turn to speak!