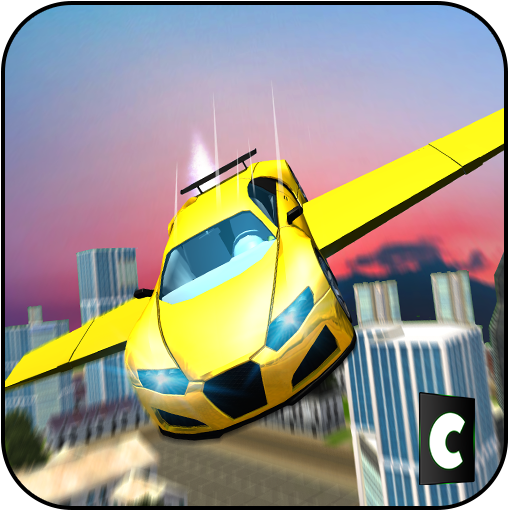 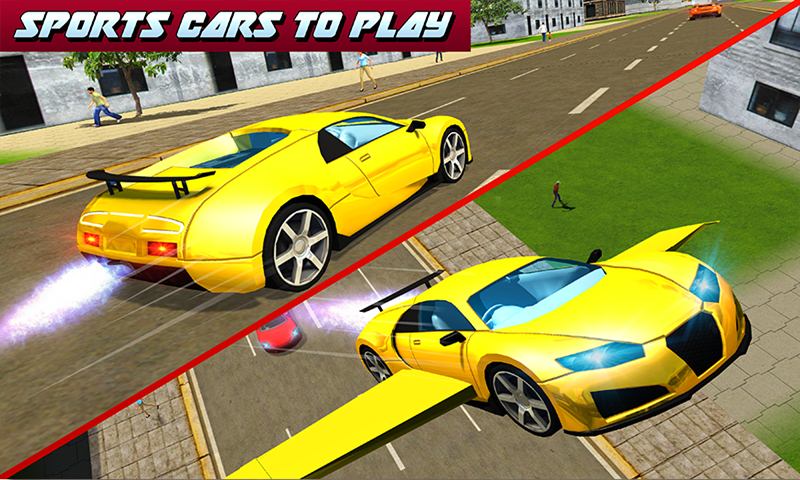 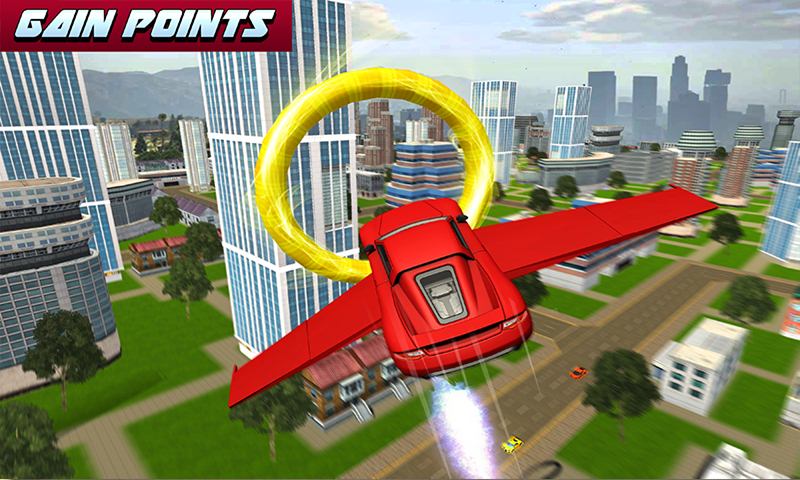 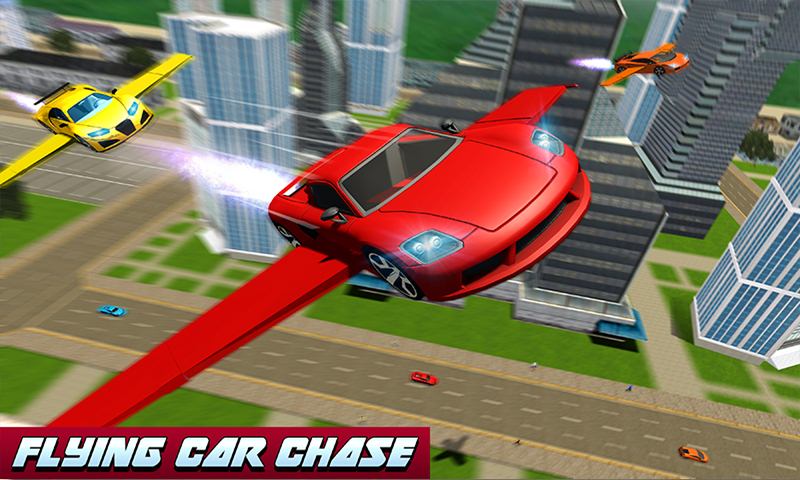 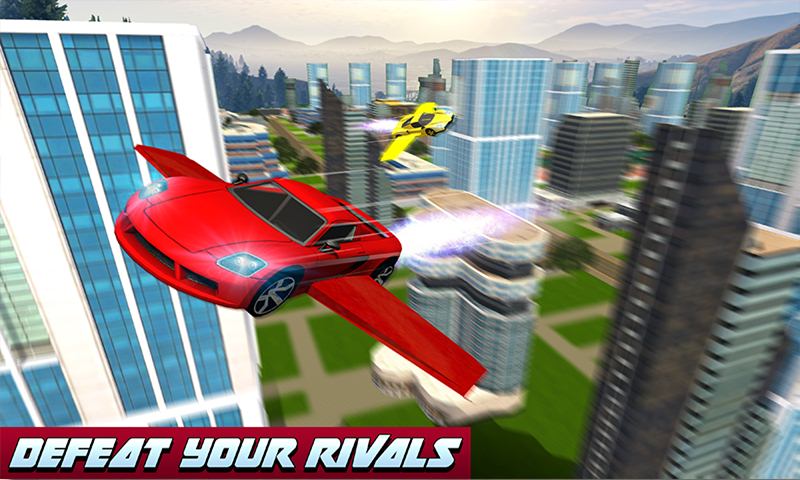 Do you love sports cars driving games? If yes then welcome to new Real Flying Car Driving Fun 3D where you will drive sports cars on city tracks and flying the luxury vehicles in the air to Chase as well as rescue missions in this exiting driving simulator. Start your engine and explore massively unique flying car adventure 3D game. Aspiring 3D graphics, realistic sports car physics, enjoyable sky and city environments are waiting for you. Choose your favorite sports car and drive on amazing city tracks as well as in air paths then feel like a drive as in real life.

This Real Flying Car Driving Fun 3D is one of the best flying car games with unlimited fun & action. It’s time to fulfill your dream of playing as a new flying sports car driving in best game 2k18. Get ready for the action and thrilling challenges missions in this flying Car simulator where you will rescue the civilians from skyscraper buildings and chase robber’s sports car driver. Race to chase the robbers around the crime city at break neck speeds. Drive on the luxury vehicles and prove the outstanding smooth sports cars controls.

Real Flying Car Driving Fun 3D is action game with interesting gameplay where you play as flying car driver and destroy the criminal’s vehicles during chasing in the city arena as well as in the air environment which are comes on your way. The missions are easy to understand with smooth controls to play. You become a city defender and save the civilians from any danger situations. You have to choose your favorite super flying vehicle to play such amazing missions in this simulator. Enjoy the most challenging city crime game where the thieves are robbing in the bank and ran fast in our flying sports cars. You can stop these evil criminals with chasing powers and catch the robbers as well as destroy the enemy flying sports cars. It’s an ultimate super flying car survival driving test for you driving skills. You have to rescue the civilians from skyscraper buildings and save the people from any danger. Become a fearless driver to perform extreme rescue missions on sky roads and city roads. Ride on the vice city as well as sky ramps and clear the levels to pass the rings for gain points while playing this simulator. More stars collect and get more points to unlock other super-fast flying speedy cars. Many more missions are waiting for you. Get into your favorite flying luxury vehicles, take control of steering, don’t lose your balance and don’t frightened anyone while performing this simulator.

Real Flying Car Driving Fun 3Dis unique simulator with Off-road atmosphere and grand city environment. Perform amazing aerial flips and tricks, drift, crash, boost, and slide all around the city streets or off-road. This Flying Car Simulator is especially designed for all rescue games lovers and sports car fans. This is the new driving game where you will drive sports car in the air and smashed criminal’s vehicles on massive heights. Take the responsibility of civilians rescue and crackdown against the cruel robbers. There are many rescue challenges and thrilling missions are waiting for you.