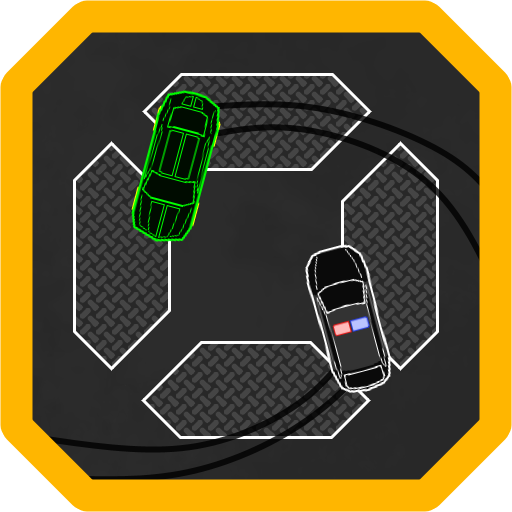 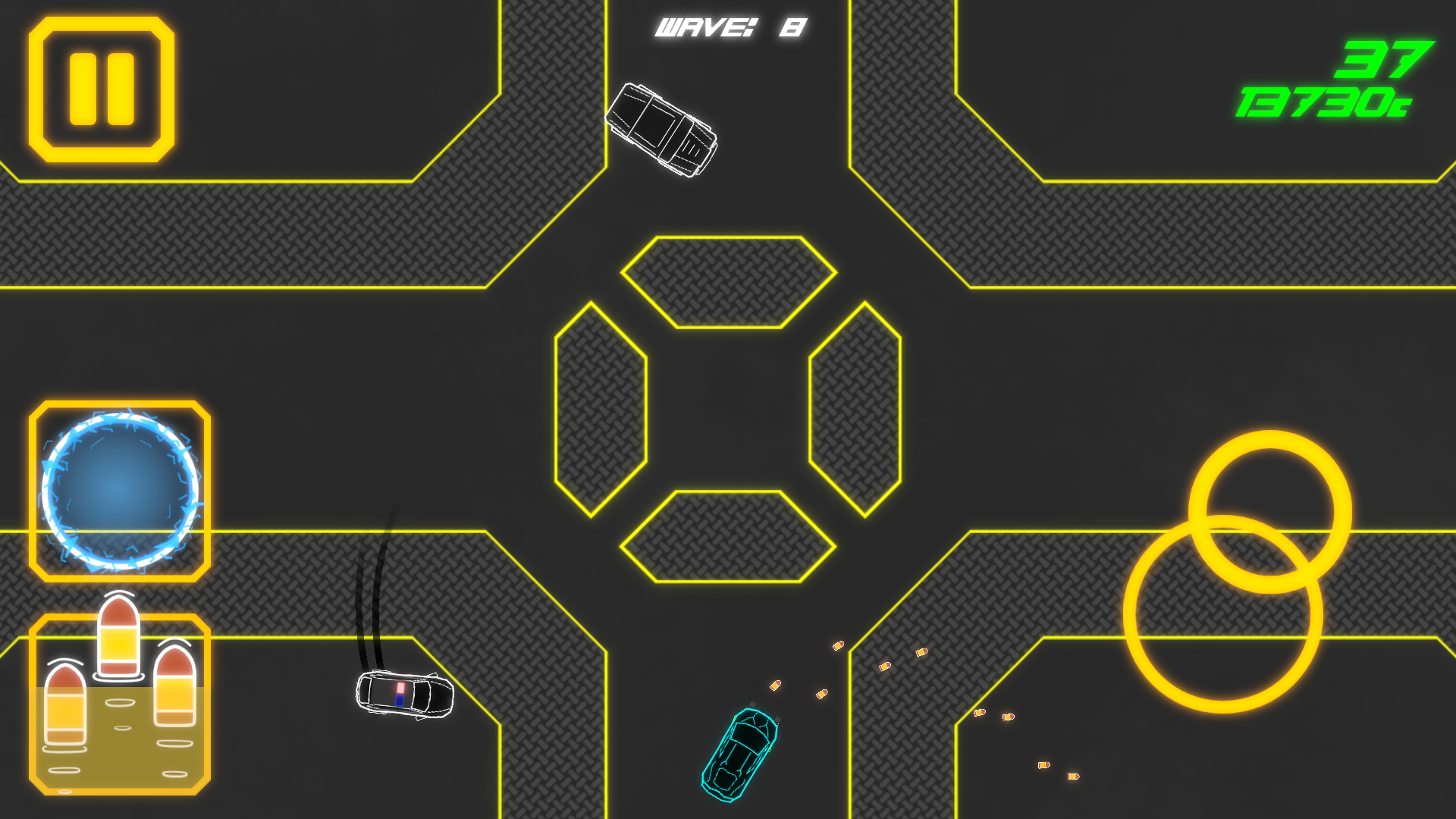 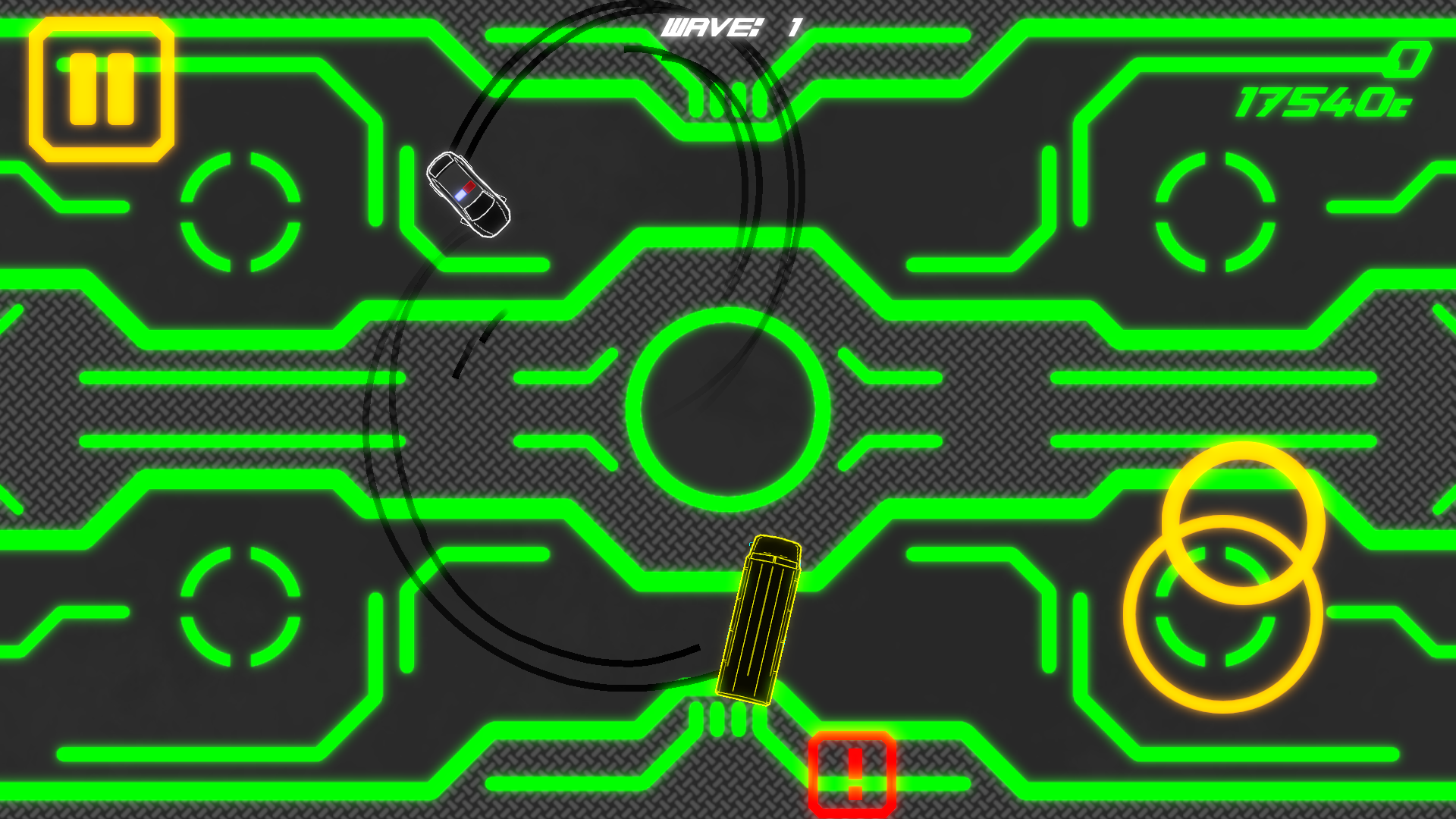 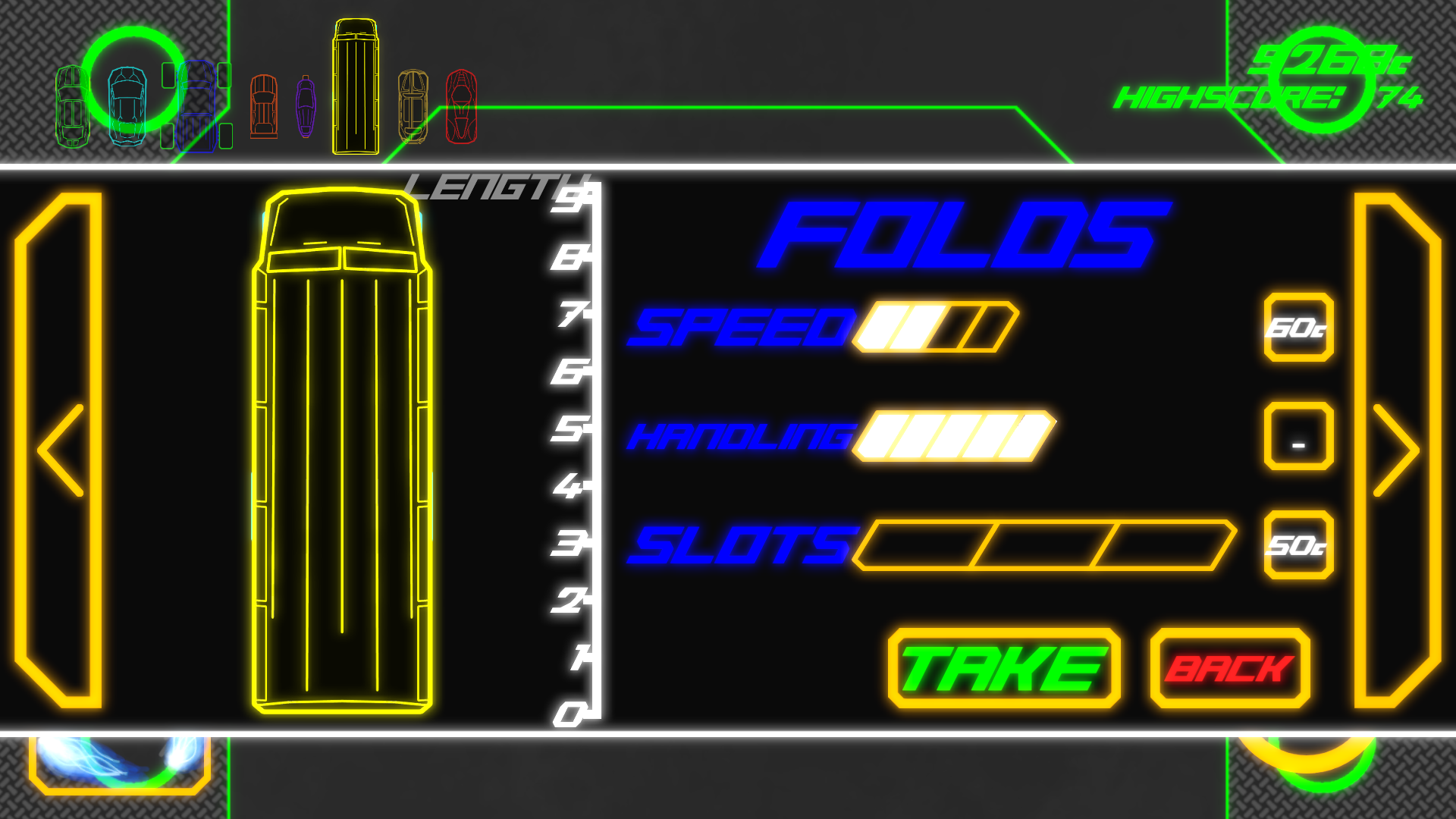 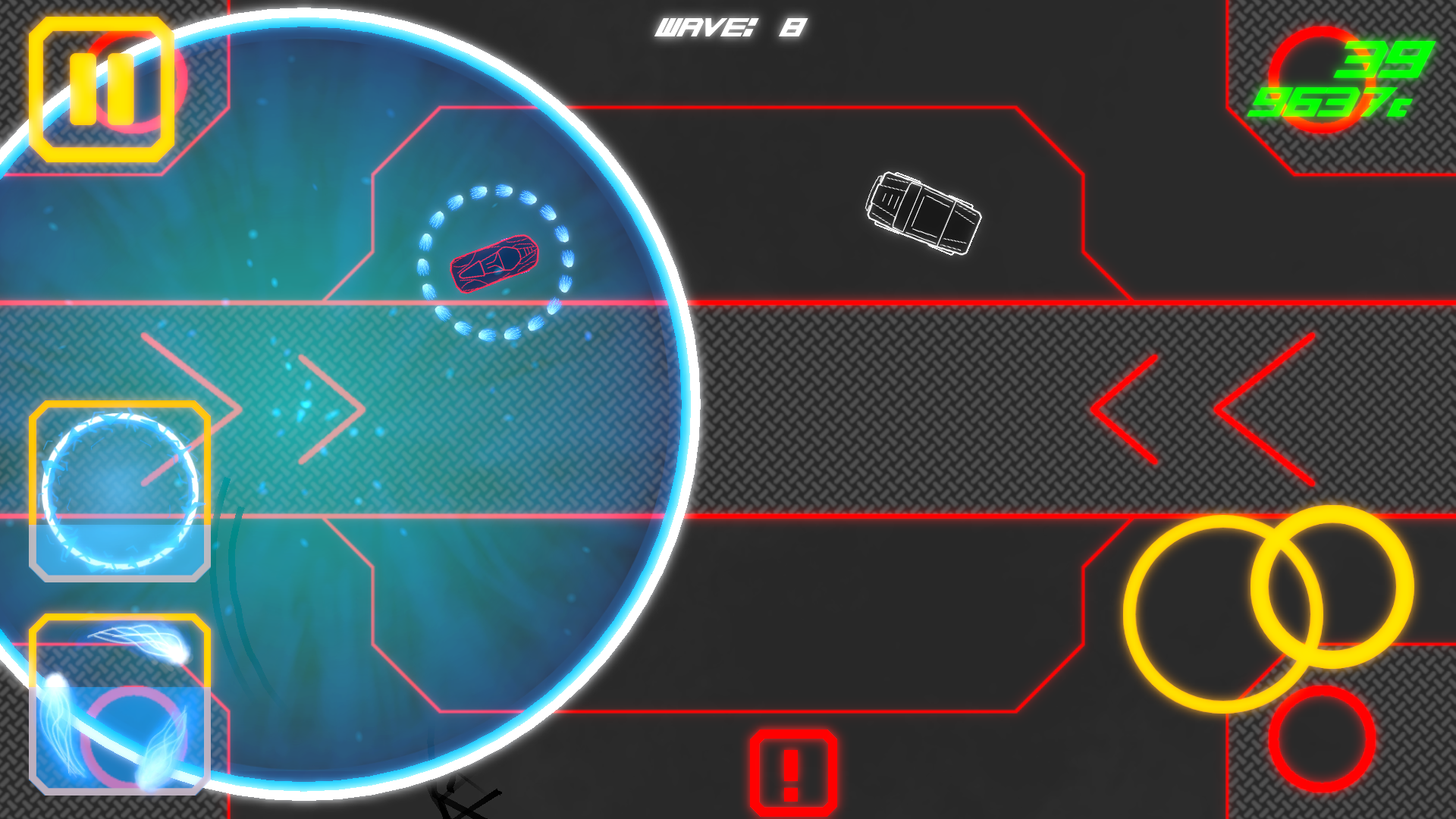 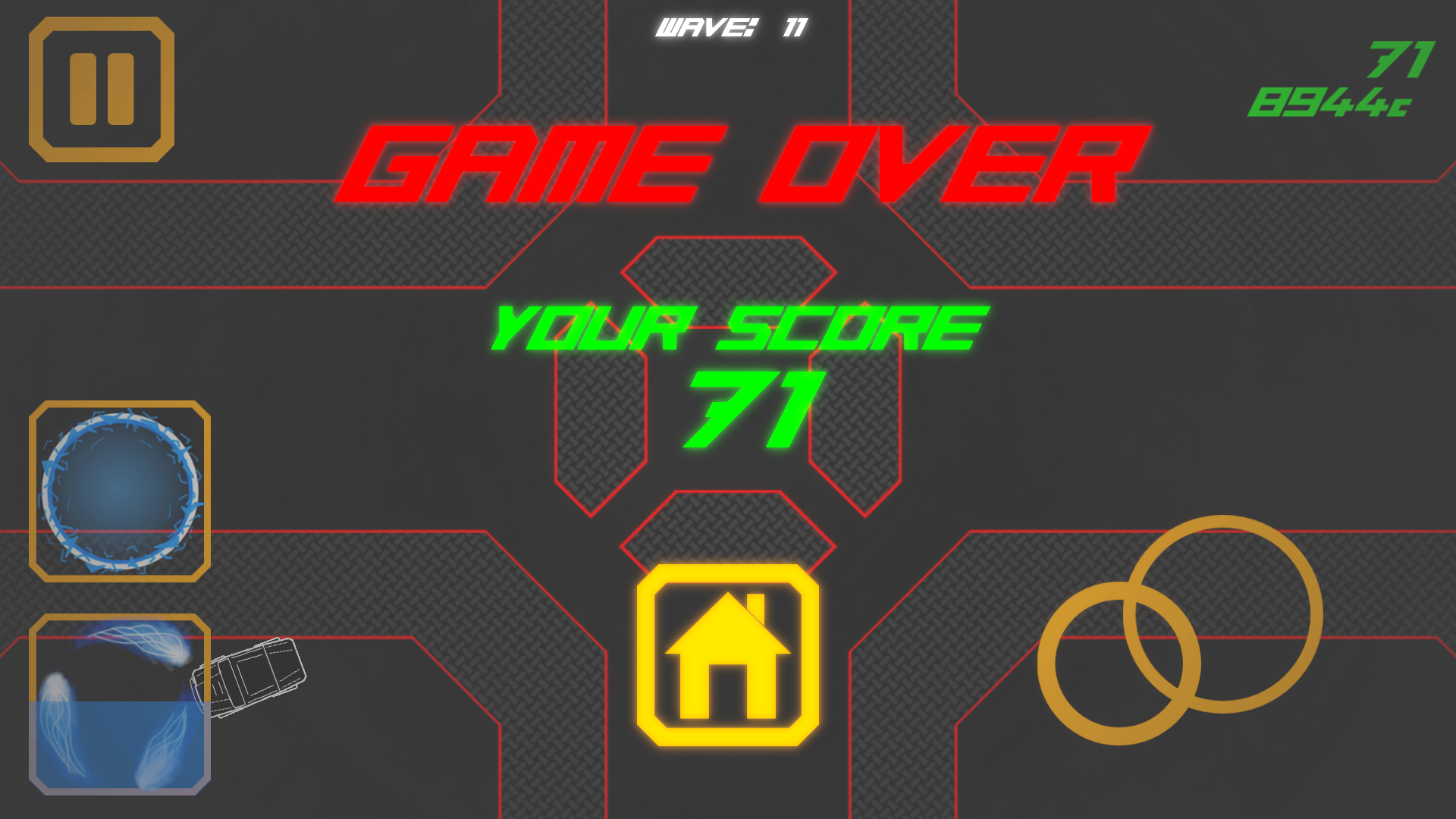 Racers is an exciting and action-packed racing game that requires a lot of skill, quick reactions and a high concentration of the player.

In "Racers" you flee from the police. Sounds simple, but there are a few problems: The space is very small, the police is smart and you... don't have any brakes. There are various different items available, such as a shockwave or a laser. Let your opponents explode by hitting them with your weapons or letting them ram each other until you are ( or were...) the next explosion.

By destroying the police you will receive coins which can be spent on further racers or upgrades. But you can also buy new weapons and improve them as well. The amount of coins you earn depends on the type of enemy you destroyed.

Procedure:
You start the game in the main menu. Here you're already able to control your racer.
To start the game you have to drive over the "START" Panel. The actual game begins and there are immediately police cars coming in from the edges. These announce themselves shortly with a red symbol at the respective place. Racers is based on waves, which means that a certain number of enemies appear with a few seconds in between until everyone is in the game. After all of them have been destroyed, the next wave begins. The difficulty of the waves increases continuously. For every destroyed opponent you not only get coins, but also a score. This will be displayed at the end of the game and your record will be shown in the main menu under "HIGHSCORE". The game is over when an opponent hits you and you explode.

You can always press the button in the top left corner to pause the game. In addition, a menu opens, where you can buy different backgrounds and coins for real money. Here you can also control the noise and music volume. (Music is not available yet, but we're working on it.)

Credits for the creators of the music: