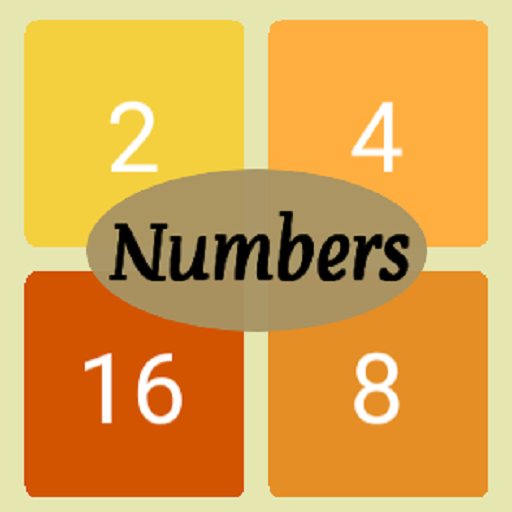 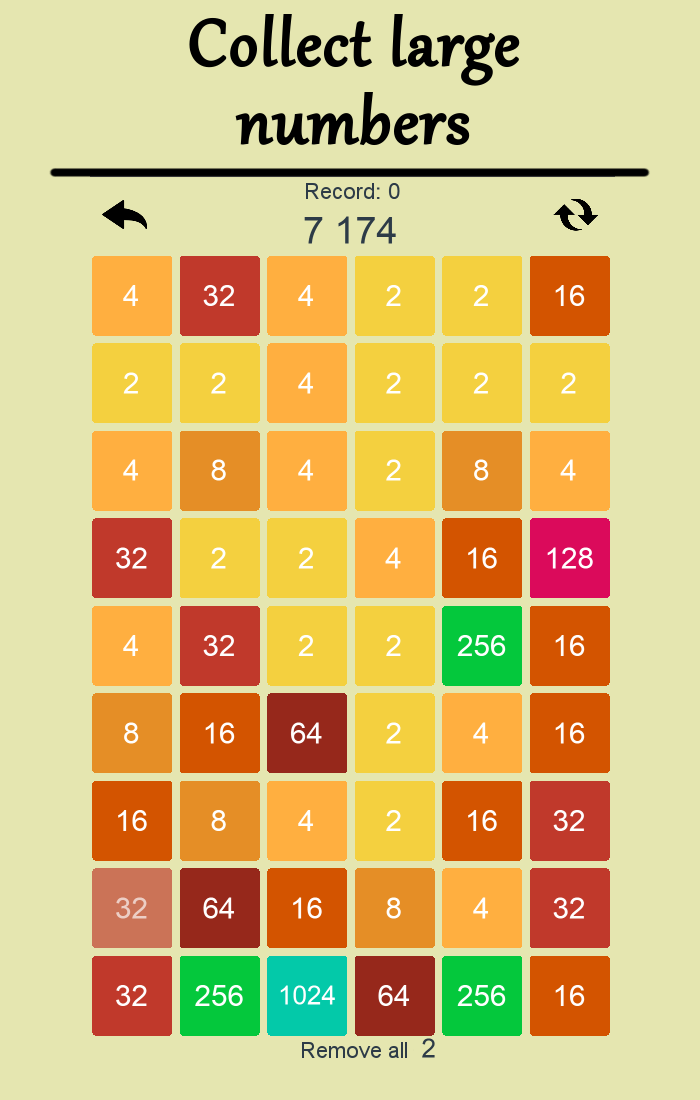 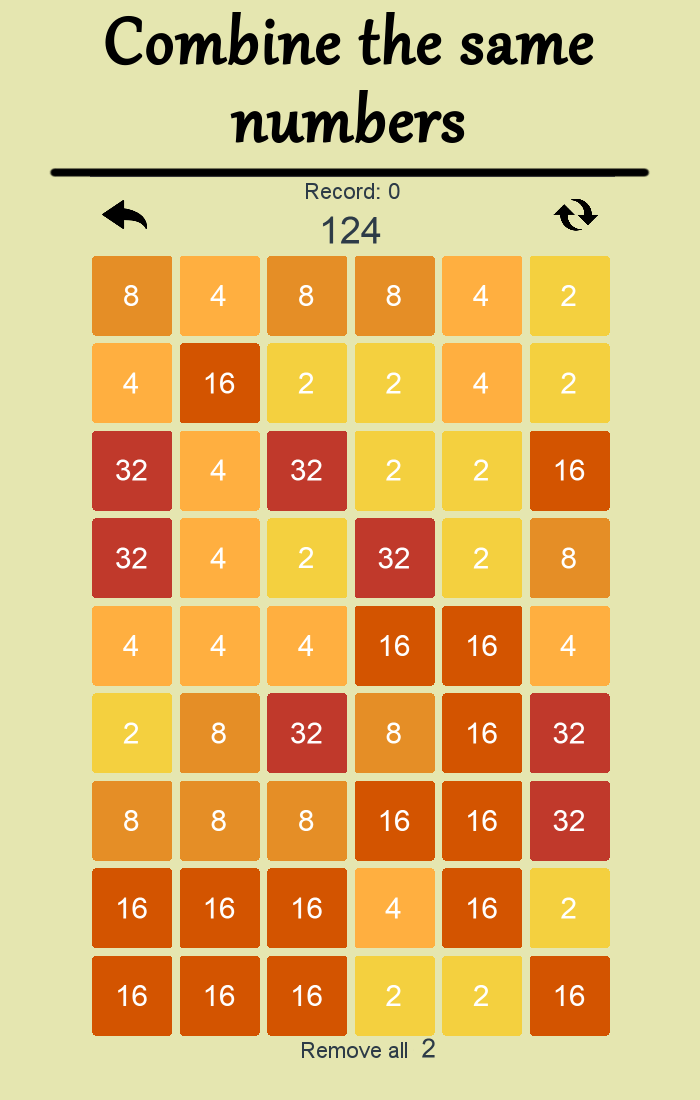 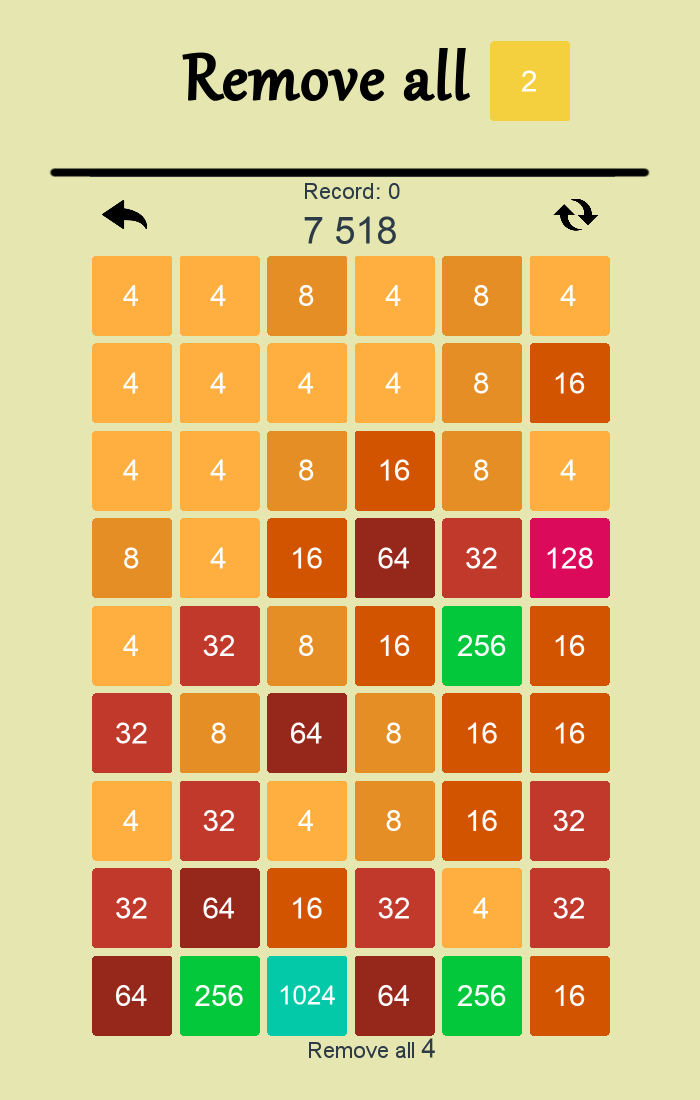 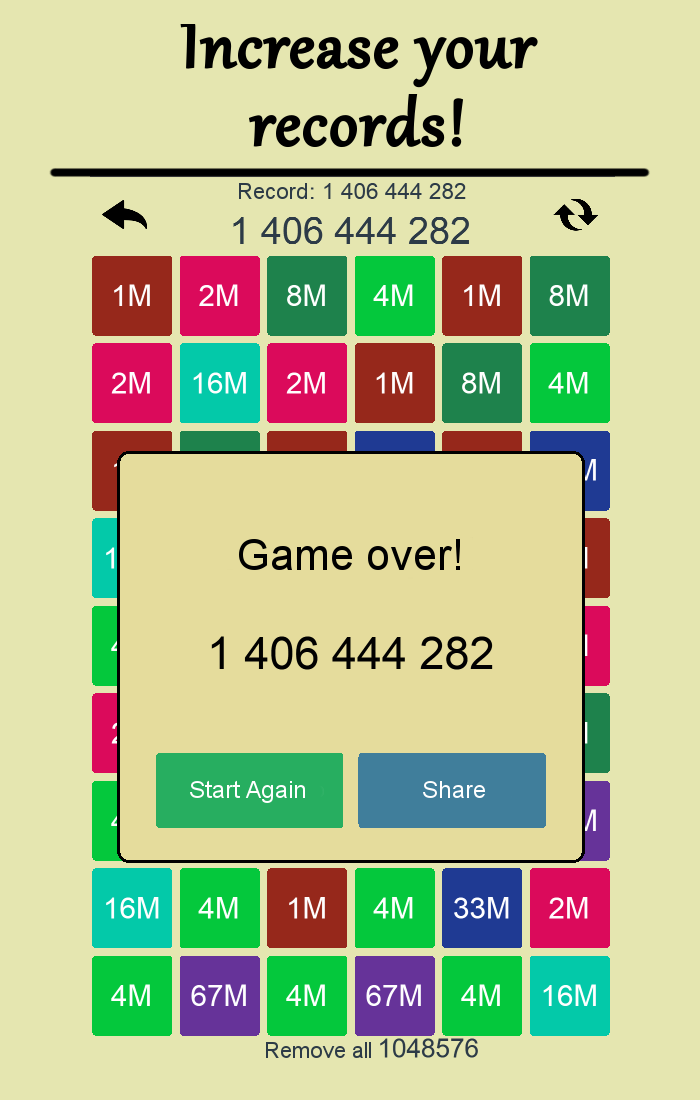 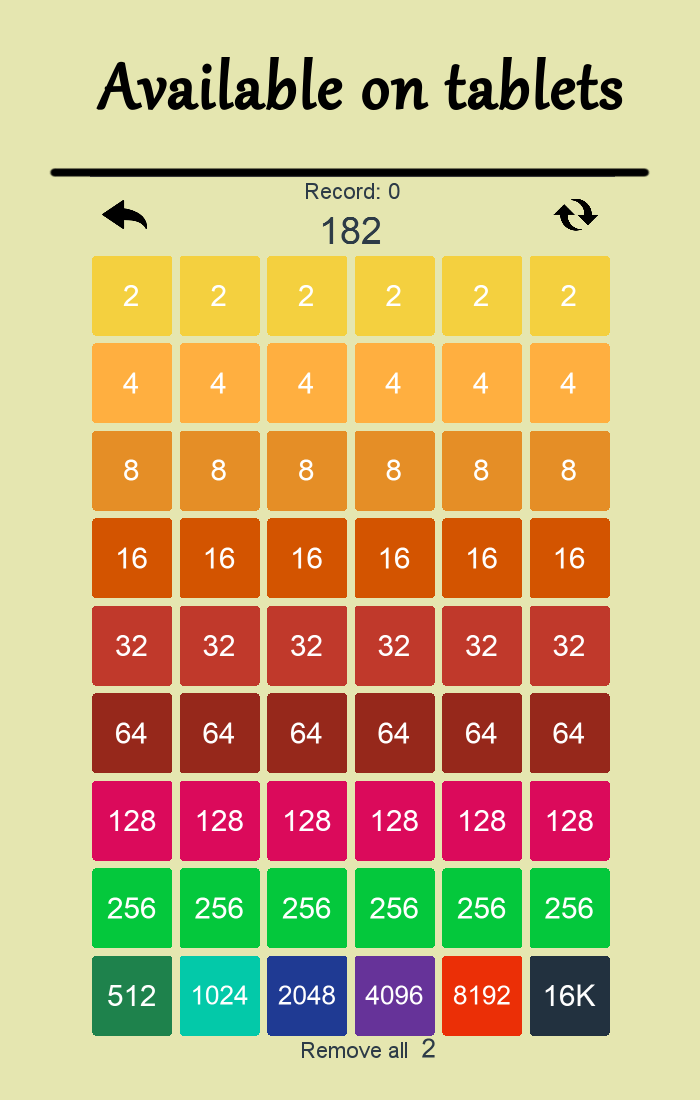 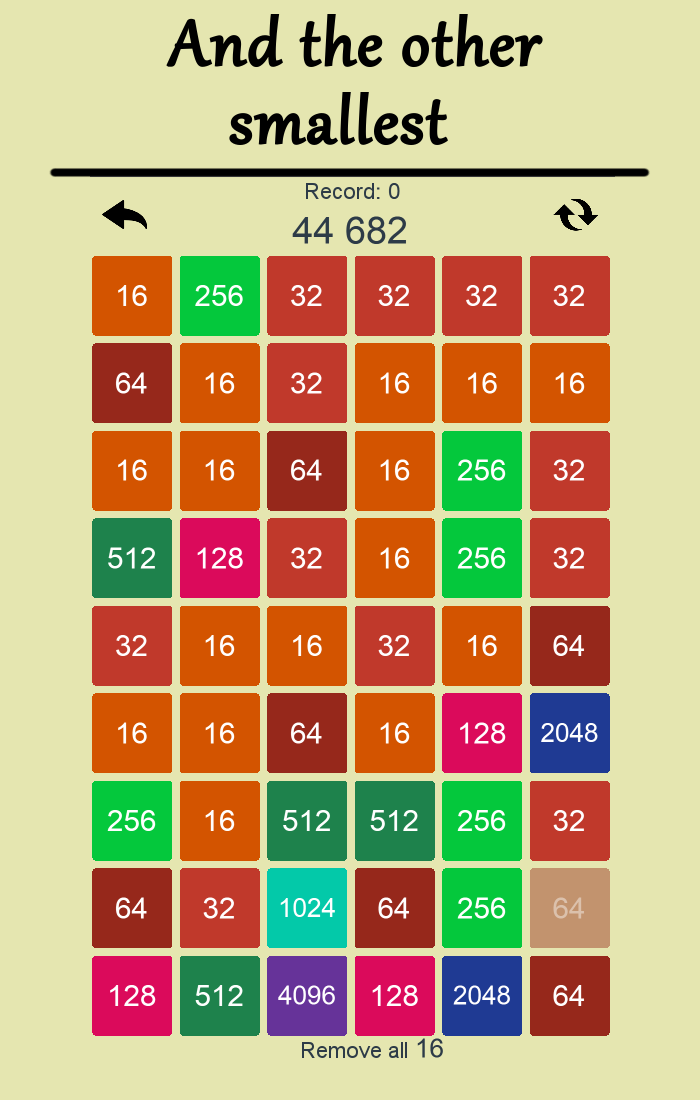 A casual/addicive/puzzle game with numbers of 2048! Combine small numbers into large numbers, completely remove small ones.

What is the largest number you can get?

In this puzzle game you have to connect the squares with the same numbers. You just need to click on the square and a new larger number will appear instead. Empty cells are filled with numbers from above, and random numbers appear at the top.

The most interesting thing and complexity of this puzzle game is that the smallest number on the field (initially 2) can be completely removed from the field. In this case, it will no longer appear on the field.

At the beginning of the puzzle game, the field can be numbers 2, 4, 8, 16 or 32. You can click on any square with a number on the field. If next to this number there will be at least one more such one, then they will unite and in the place of your number their sum will appear (rounded to a lesser degree of two).

The most interesting thing in our puzzle is the opportunity to remove the smallest number. For example, if after your action on the field there are no numbers with a value of 2, then it will no longer appear. Then you can also remove the number 4, etc. This will make your brain work!

But do not forget that if you get, for example, the number 2048, it can also appear from above, as well as all previous numbers, including your smallest number. This is the rule of our puzzle game.

This game is a great opportunity to kill time with benefit! You train your brain and get fun with puzzle game.

If you like this puzzle game with numbers, please leave a review!