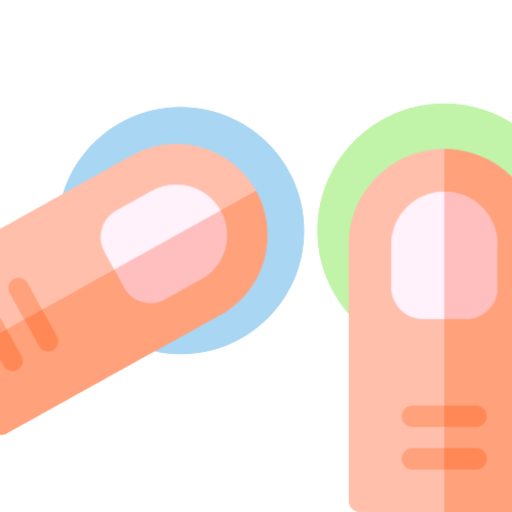 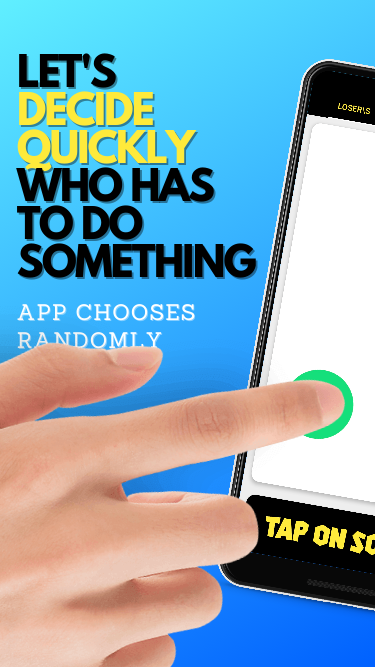 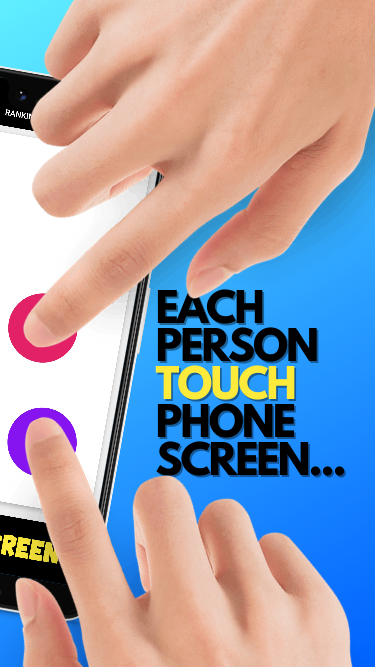 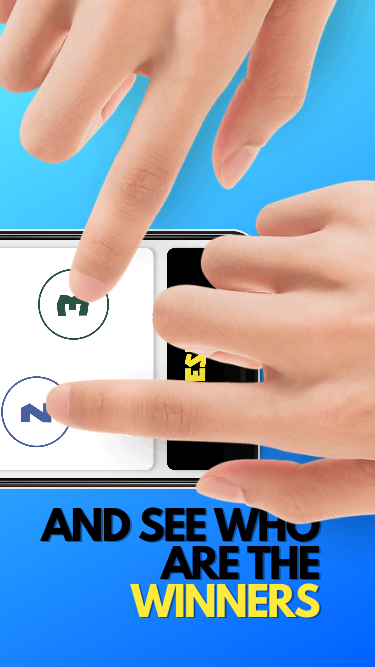 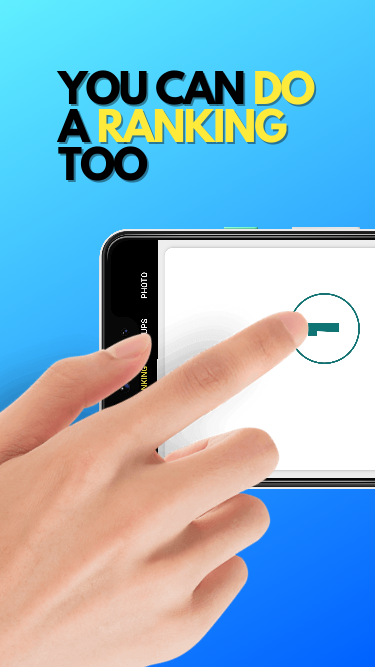 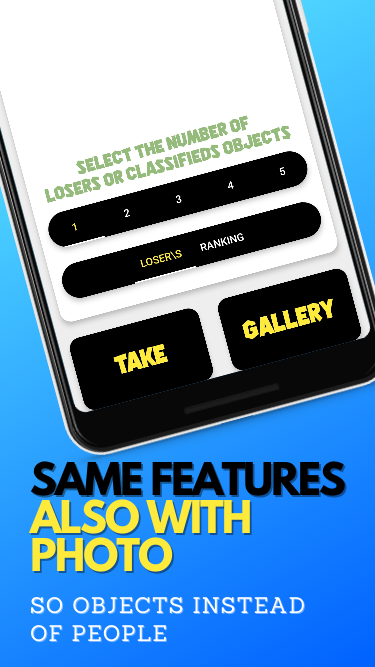 Look at all of these questions:
😨 Who have to do the obligation?
💵 Who should pay the bill for a friends dinner?
🙈 Who should start counting at hide and seek?
🎲 What order to throw the dice at a board game?
👥 How organize working or school groups?
👕 Which clothes to wear among many?

How can you quickly answer to
them and many other questions?

It's easy!
Thanks to this app features:

★ The first feature allows you to do the count in a faster and more random way: at first you decide how many people you have to eliminate, then each one touch with own finger on the phone screen (when you place your finger, a coloured circle will be created, it is a placeholder for each person) and after a few seconds will remain only the circles of those who have lost, as many as were decided at the beginning.

★ The second feature of this app is useful to draw up a random ranking: at first you select the number of people who should be part of it (this number can be less than the total number of people, in case it is decided that someone should not be in the ranking), then, as before, each one touch with own finger on the phone screen and after a few seconds, instead of the coloured circles, for each will appear either the rank or nothing (in this last case you are not among the winners).

★ The third feature will randomly assign people to a group: at first you select the number of groups you want to form, so each one touch with own finger on the phone screen, then will be assigned a number for every person and all those with the same number will do part of the same group (numbers range from 1 to the number selected at the beginning and can also be used as a ranking if desired). Furthermore, this feature takes into account the fact that the total number of people may not be divisible by the number of groups to be formed and therefore will be create automatic groups with less people, always chosen randomly.

★ Finally, the fourth feature of this app does the first two features, so do the count and draw up a ranking, with a photo (either taken for convenience through the app or chosen from your own gallery). So, the app will do the same things, but instead of with people, with objects: you touch on the phone screen to select each of them with the coloured circles and then proceed as previously explained for both features.

So, with this app you can decide who has to do something or you can better organize what to do, quickly and without disparity, thus saving time and without harming anyone, since the app makes the choices for you in a totally random way. Moreover, to make group decisions, there is no need to enter people names every time and then draw by lot (like other app do), but it will be enough for everyone touch with their own finger on the phone screen: by this way making decisions become simpler and faster. This app can be useful in many fields of your life, like work or when you stay with friends (you can even enjoy using it as a game).

Someone among you has to do something?
✅ Then touch with your finger on the screen
and app will choose randomly in your place.

Would you like to know in what order to do?
✅ Then touch with your finger on the screen
and app will choose randomly in your place.

Do you have to plane work / school groups?
✅ Then touch with your finger on the screen
and app will choose randomly in your place.

Do you have to choose among any objects?
✅ Yeah touch with your finger on the screen
and app will choose randomly in your place.

As you can see this app is completely free, does not contain any kind of ad and all its features are freely accessible: all this means that I have developed this app for the sole purpose of simplifying your life on some times and I have no intention of making money. I'm not telling you that you owe me something, I would even be happy if you downloaded this app. It costs you nothing and you would know that somewhere in this world you have made an app developer happy.