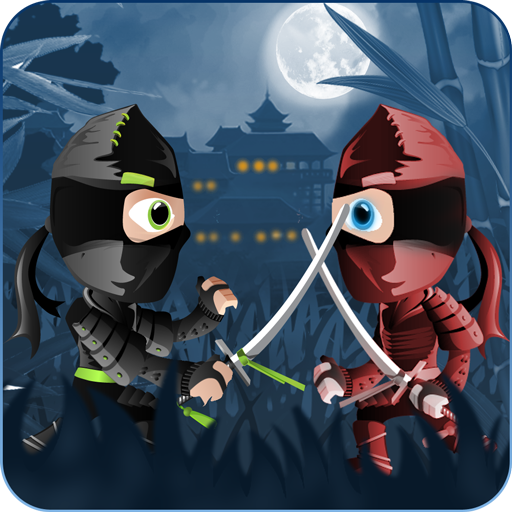 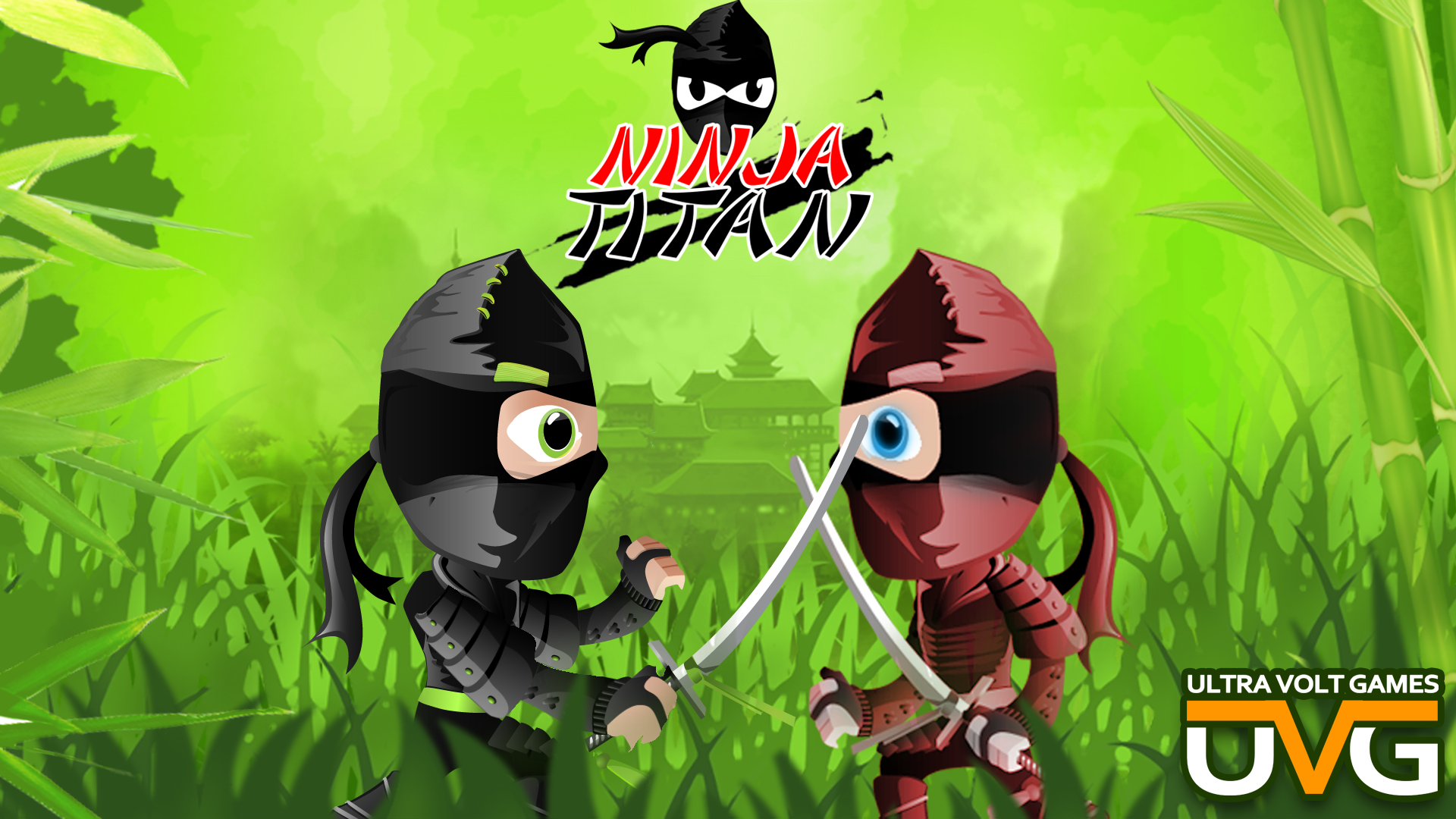 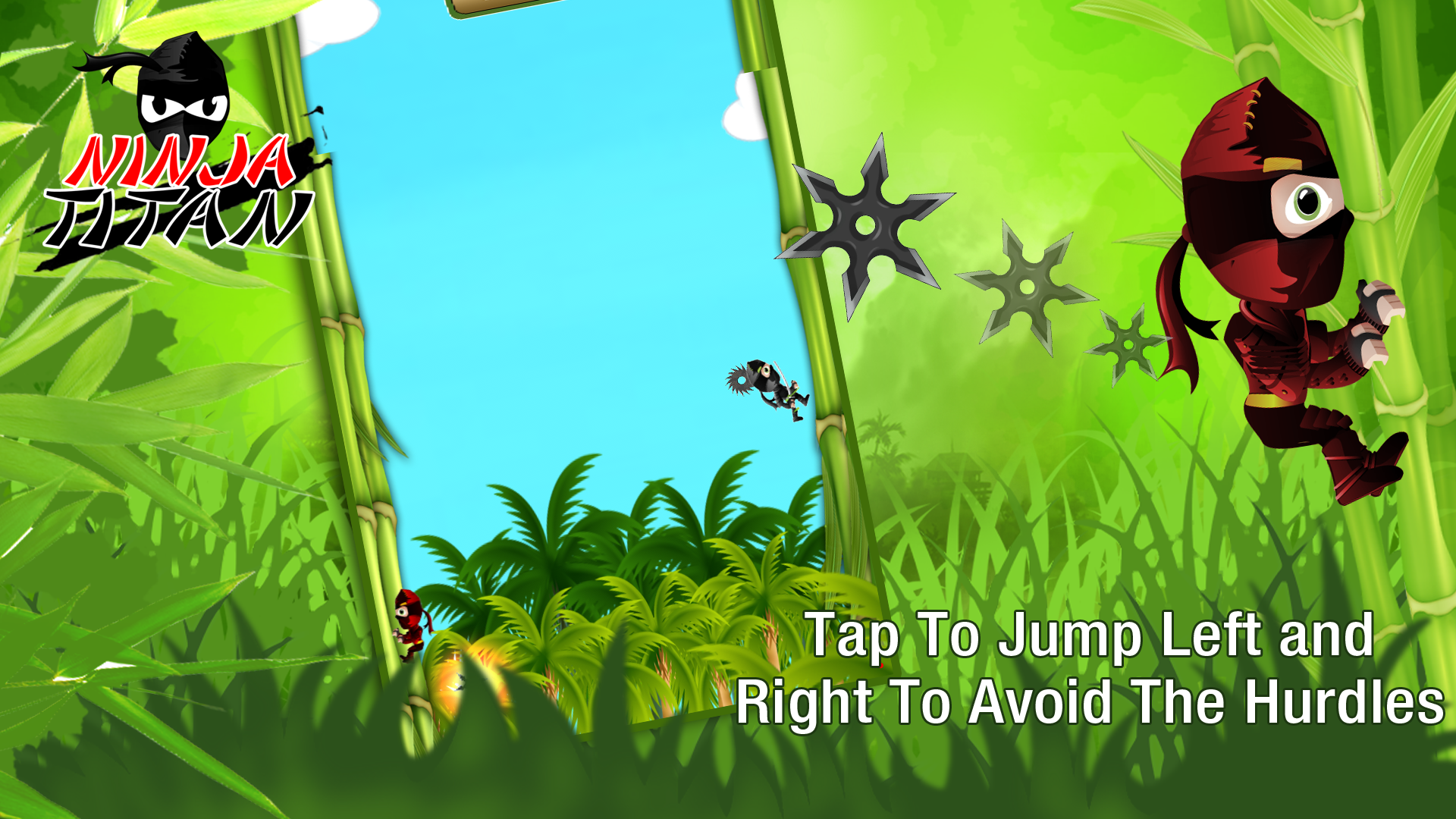 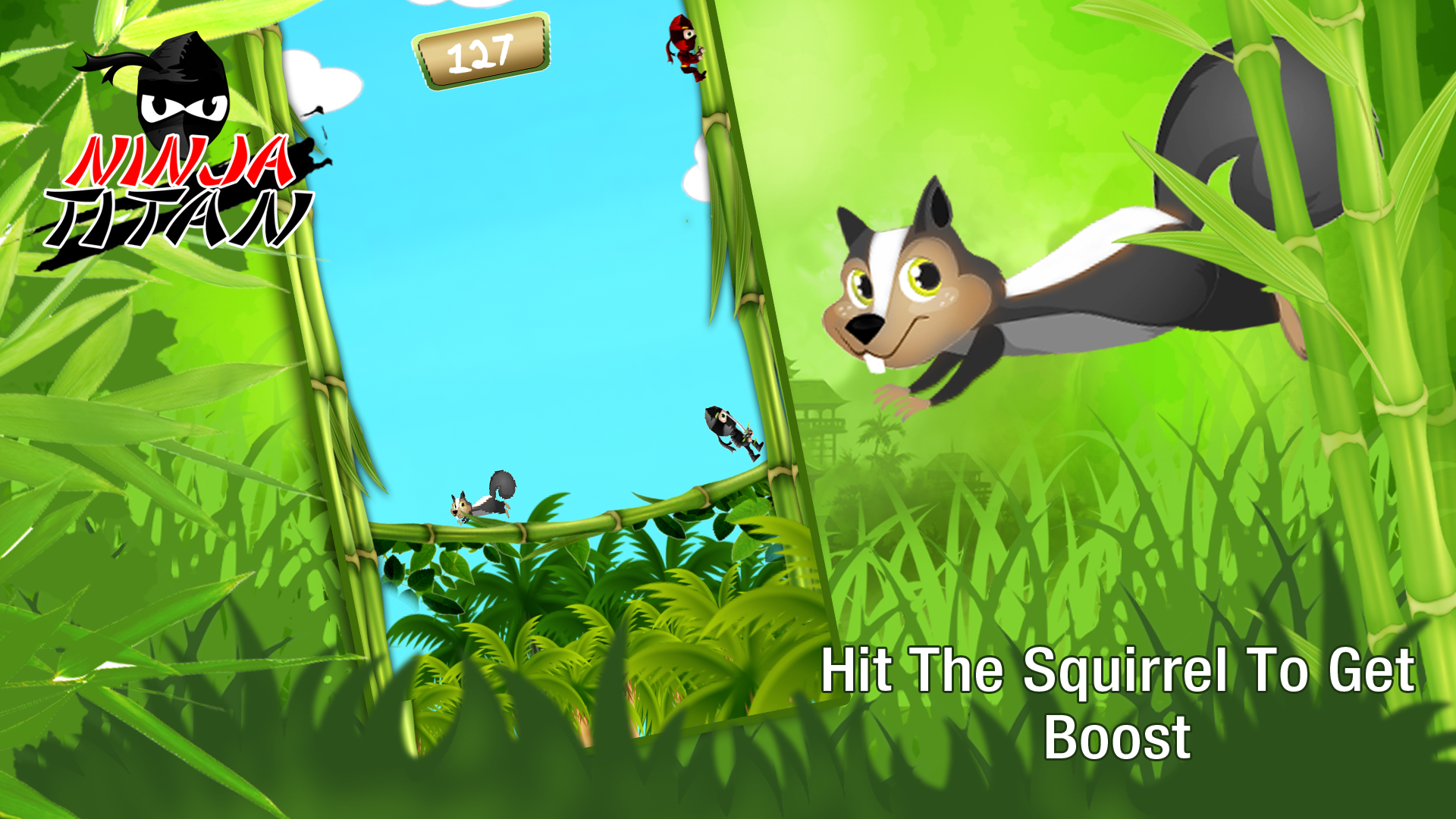 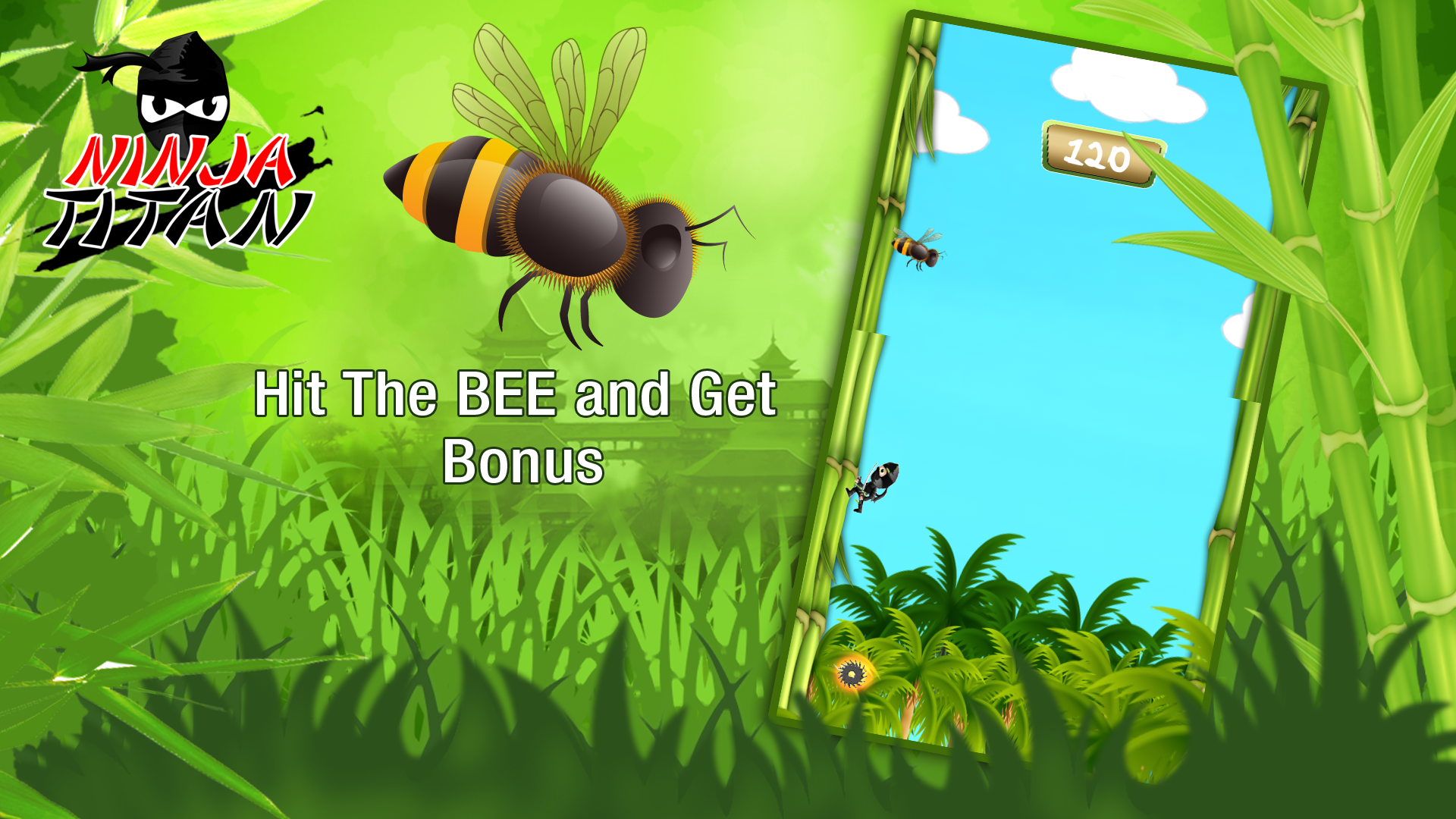 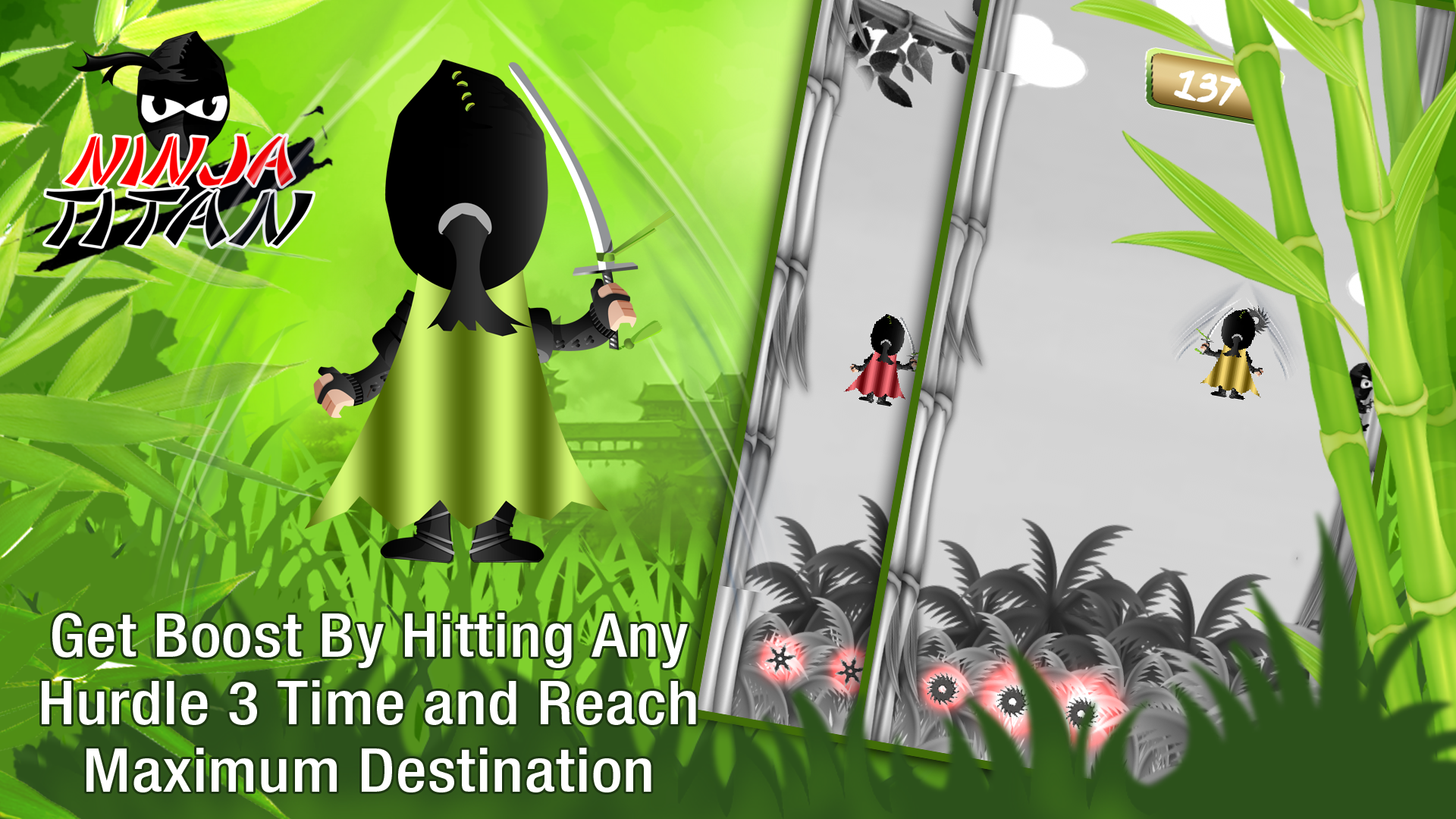 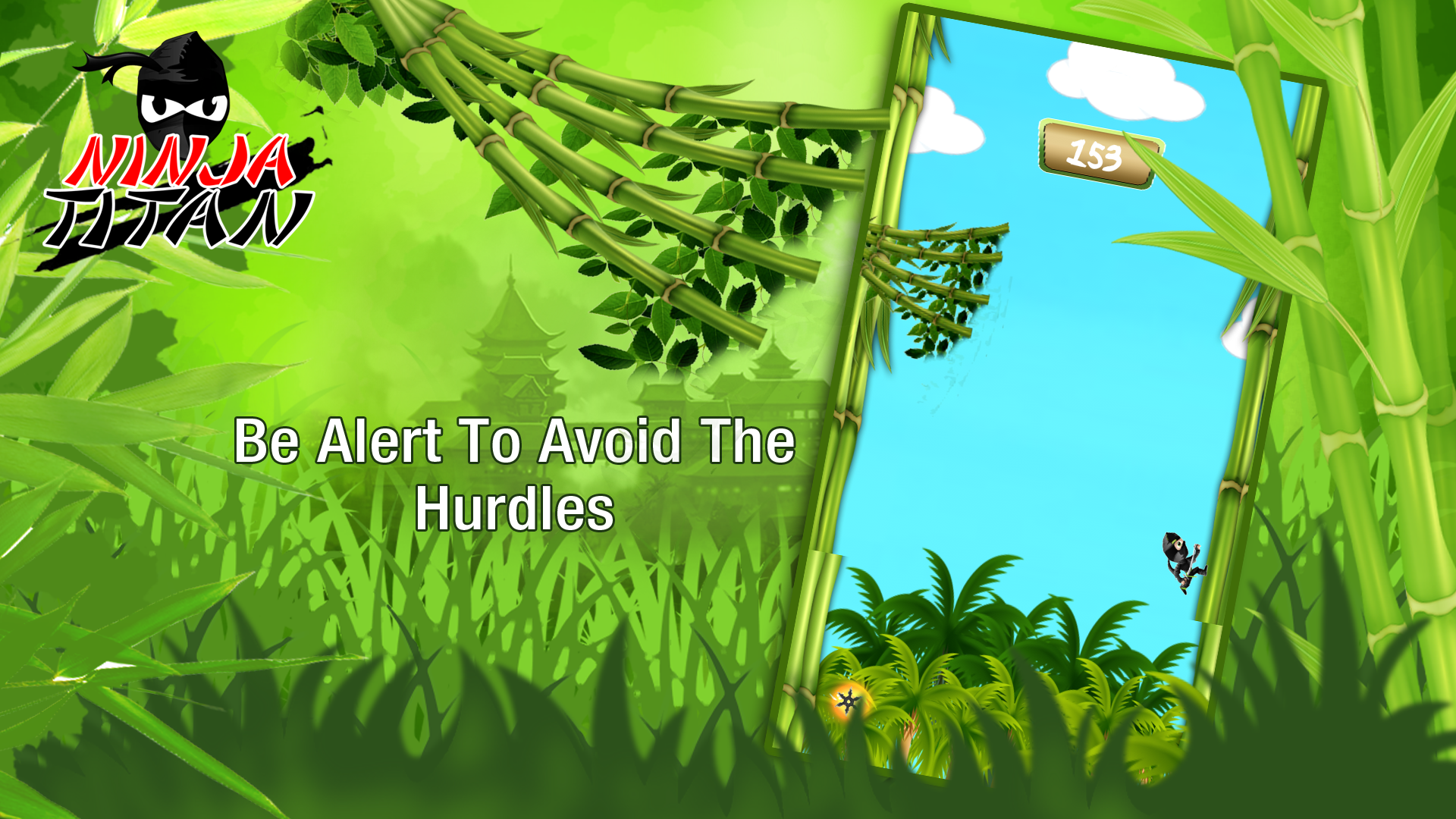 The game is full of challenge, excitement and thrill in the dark shadow of the jungle. It’s fun game for all ages. Especially your kids will love it.

Story!
The game is based on the true inspiring ninja story, when two street kids a girl and a boy inspired by the ninja stories and they start acting like the way the ninja’s did but the bad guys had eyes on them and they are also planning to teach them a lesson. They bought their costumes as like ninja’s and start work against the bad guys in the city near the jungle but before they reached to their homes the bad guys chasing the girl, when the girl look back and saw the bad guys she run away towards the jungle and so the bad guys run behind to catch the girl, after some moments the boy get the information and he also run to the jungle to save his partner. He has to avoid the hurdles and get the safe move by fighting with red ninja’s attacks and other species.

Game play!
The ninja titans is a true fun and challenging game where you have to fight with enemies and to make records. The ninja is on his way to the jungle but the jungle is dark and full of dangerous species and enemies. Make high scores by covering more distance. Jump left and right by taping on the screen to avoid the hurdles. Hit the squirrel to get bonus points and boost. Avoid the bee creature and hit with your sword to get bonus points and shield. Avoid the red ninja’s attacks and make your way toward the destiny.
Make high scores by yourself and compete with your family and friends

Game features:
-Smooth and easy 2D game play
-Play with one hand
-Beautiful and challenging environment
-Make high score and records
-Use leaderboard to save your records and compete with family and friends
-Beautiful background music