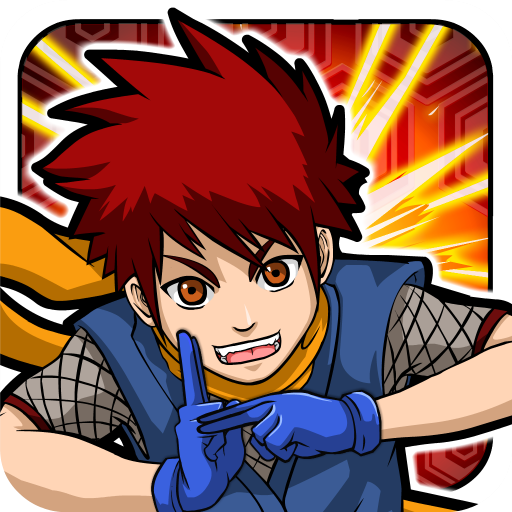 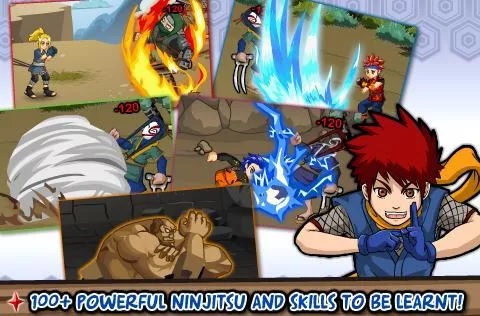 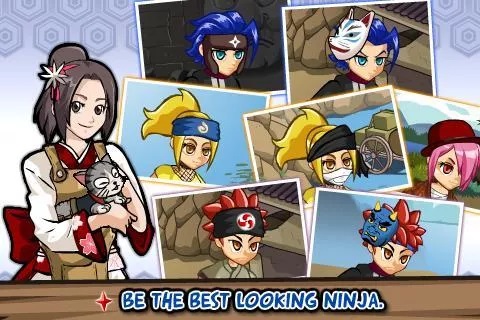 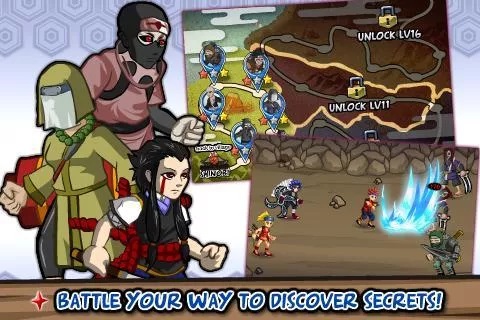 Now you can play Ninja Saga on your Android device!! It's one of the MOST POPULAR and BEST Ninja-themed RPG with 18 millions of fans around the world.

Since its online debut in 2009, this top reviewed social RPG on Facebook with its dazzling manga graphics and sensational gameplay had been enticing the hidden Ninjas in the hearts of over 70 million players worldwide.

May be you wanna bleach your hair like Naruto and no matter you wanna be Samurai, Pirate or other Anime character!! Just simply create your own Ninja Avatar and fully customize with a vast selection of Ninjutsu, outfits, gears, weapons, and pets in order to bring peace to the world!

To explore the ninja world and experience the exciting adventure with completing your daily missions, level up, learn the ultimate Jutsu, and discover the Bloodline skills to progress and become stronger! Someday you will be the number one in this piece of land.

STORY:
The world of the Shinobi is now at the brink of chaos and destruction after a siege by a mysterious evil force. At these desperate times, a hero must rise to embark on a treacherous journey to defeat the evil forces and protect the world from oblivion. Born from the ashes of the last Great War, young ninjas look out to this chaotic world with one ambition… to become the best ninja of all ninjas and restore peace and order to this world.