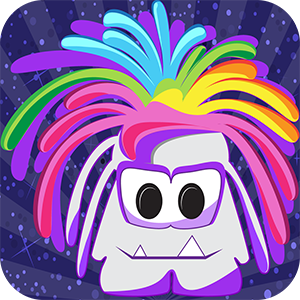 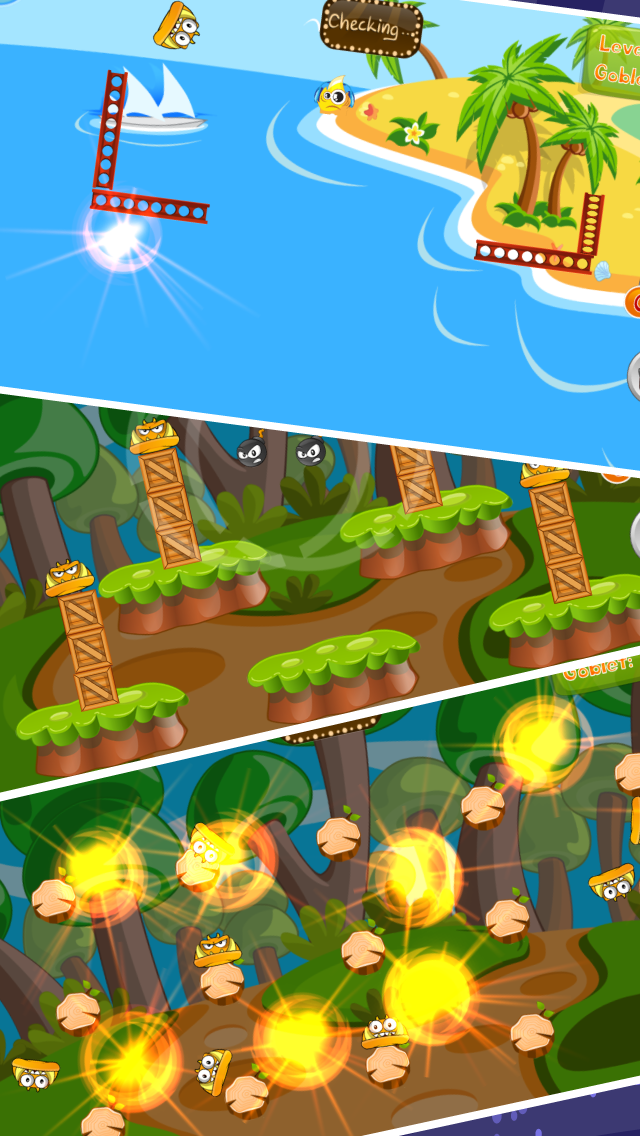 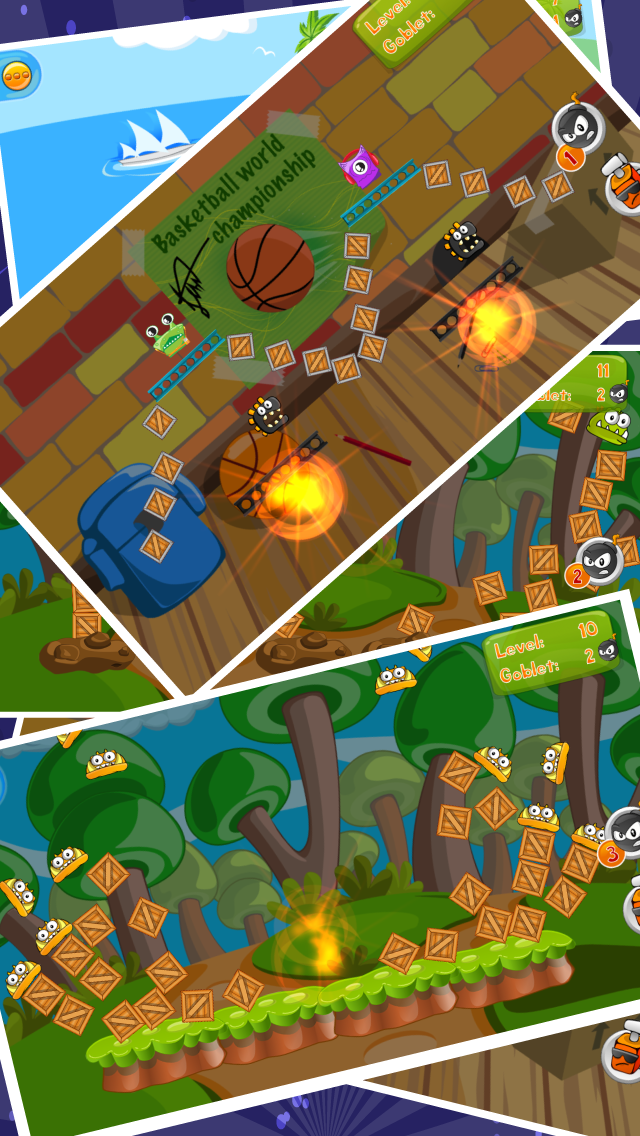 Monsta Blast (Monster Blast) - the epic saga about friendly monsters who like to go in earphones and to listen to cool music.

The game is divided into worlds: Forest (mushroom type), Room (teenager), Island (sand and palm trees), Christmas (Santa Claus snow).
Each world includes 10 - 20 levels, with tasks of different complexity.
At each level angry monsters with different abilities: one simply stand, others go, the third fly, still there are those who is afraid of loud explosions then they run in a panic.
Also in game there are your friends monsters, they can be distinguished from other subjects that they listen to music in earphones.
The game purpose - to pass without having lost the friends of monsters and also to receive a silver or gold cup for passing of levels.
What to open the new world for you it is necessary to collect enough gold goblets.
Game is based on interesting and peculiar game physics which part are explosions of bombs and dynamite.

In game there is an integration with the Everyplay.com service - which gives us the chance to write down and share the best and interesting moments of your game.
At start of game it will be according to your desire possible to enter online system of preservation of points and achievements. You will be able to compete with all players of the world.

☆ Establish bombs in the right places and blow up monsters.
☆ Use less explosive.
☆ Consider force and radius of explosion, also you look that blast waves didn't extinguish each other.
☆ Count a trajectory of flight of your enemies and allies as in game it is possible to force down the enemy not only explosive but also with each other.
☆ Different objects have the different weight and a form.
☆ Each level has the force of explosive.
☆ Sometimes speed is more important than accuracy, be dexterous and fast.

The mixture simulation, puzzles, combined with different variants of the strategy brings the game to a high level of entertainment.