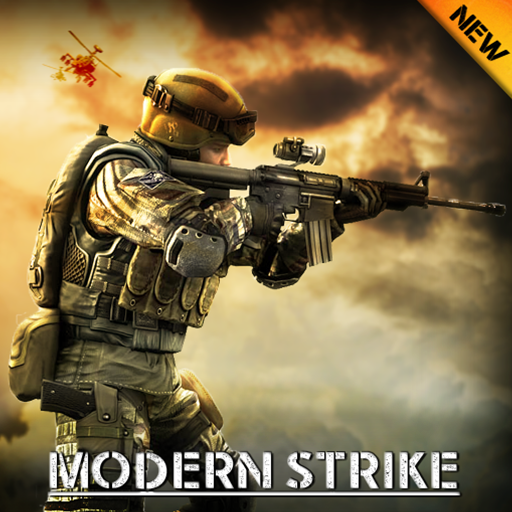 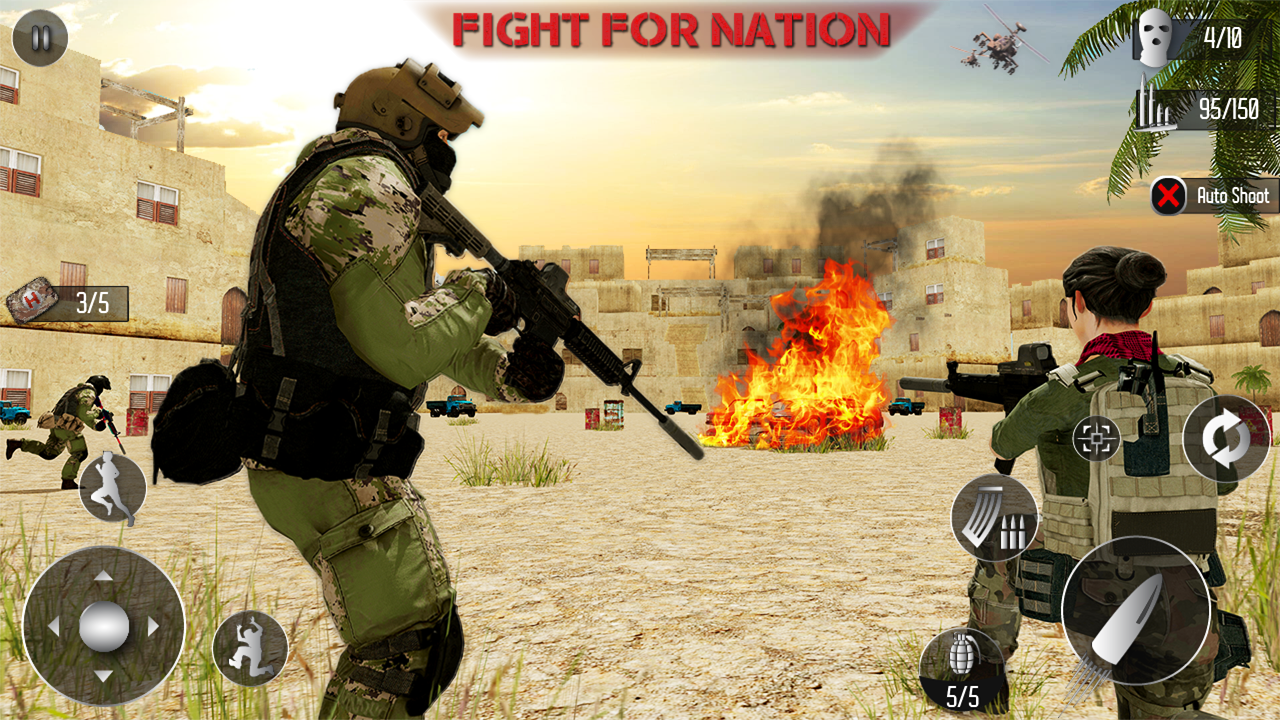 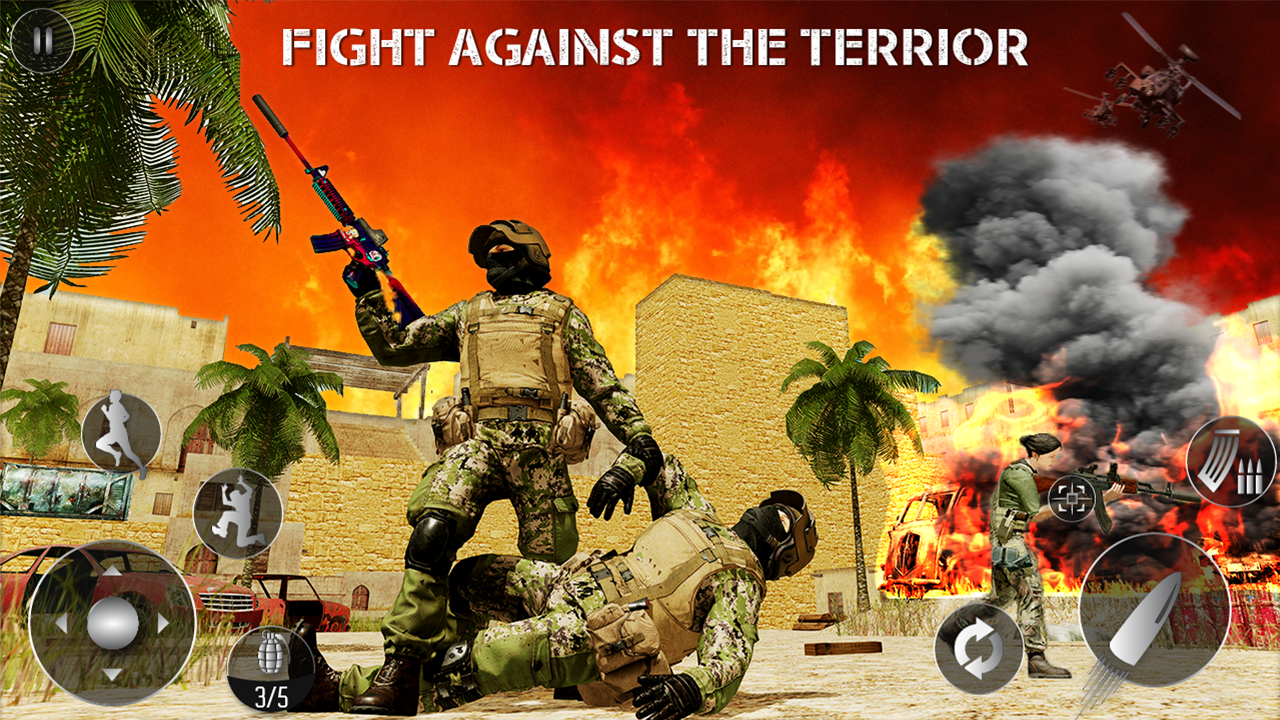 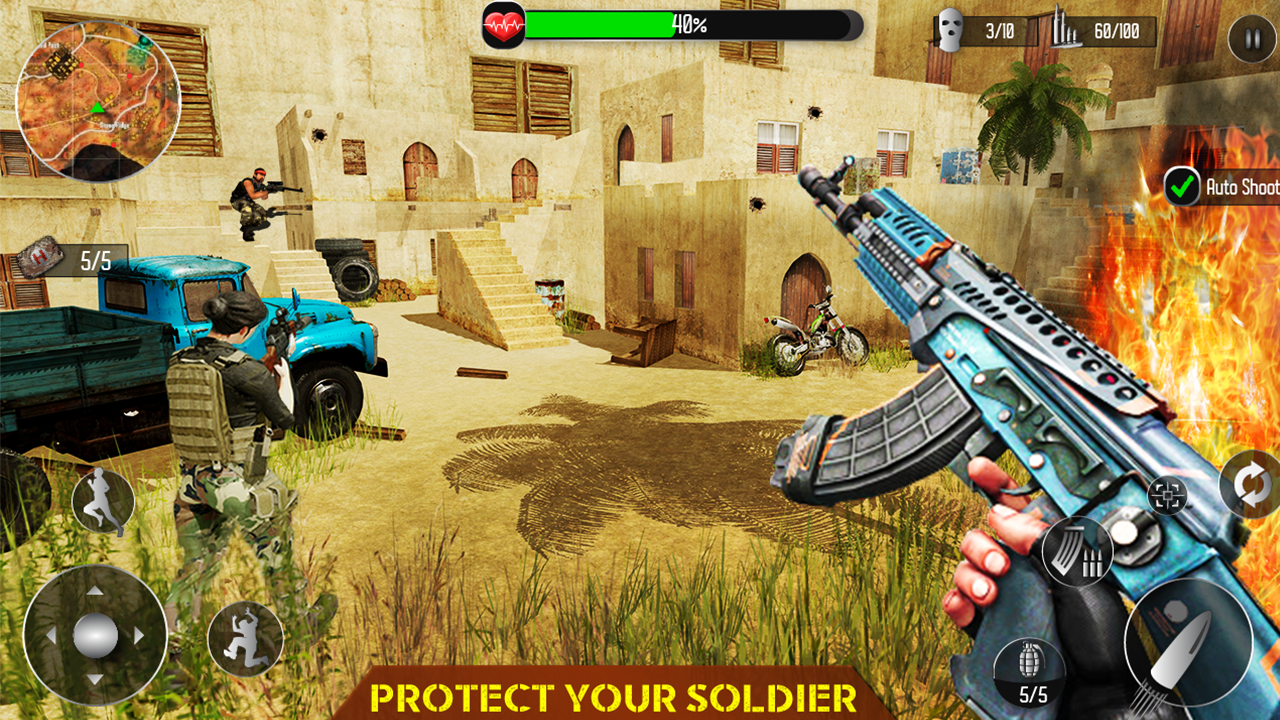 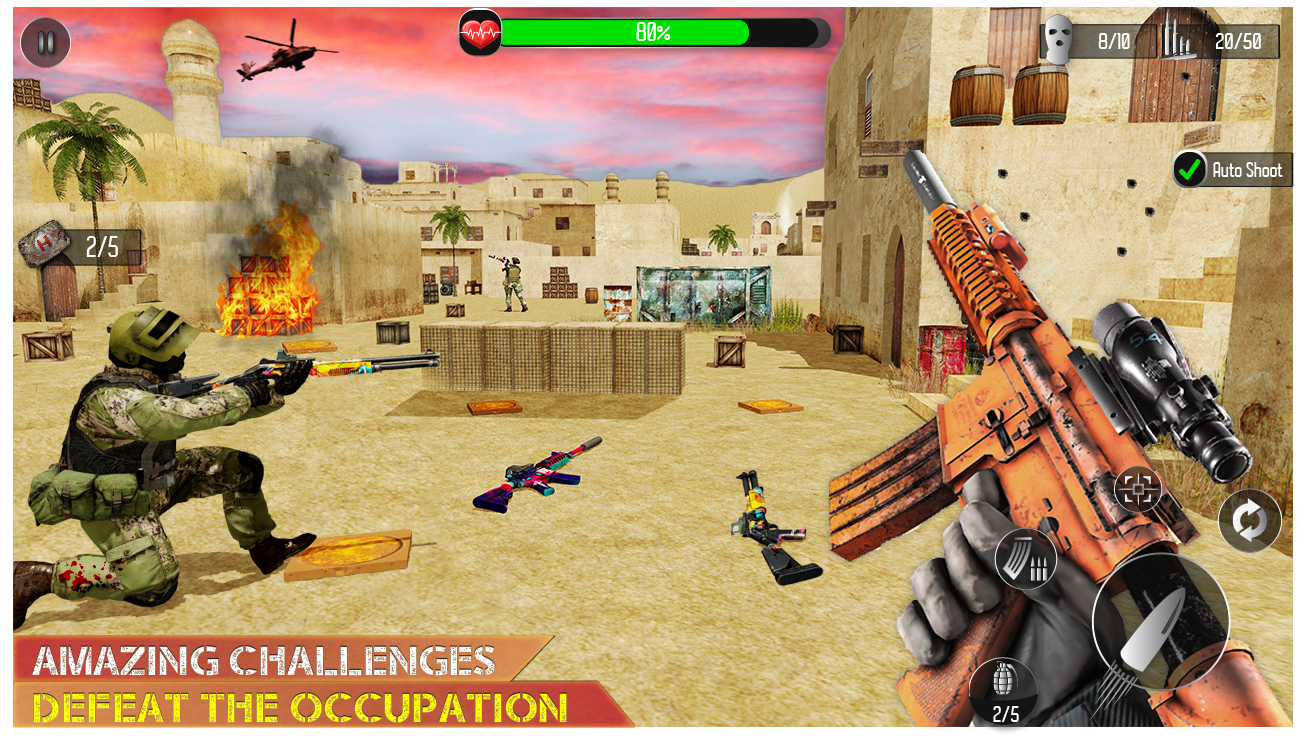 Now you are the best commando shooter of this offline FPS and TPS cover strike gun shooting game, you have great combat skills Therefore, no need to worry about terrorists and enemy soldiers, let this action be fearless in the new game. You will have access to a lot of modern weapons, latest Guns, Grenades, med kits and a lot more. just equip your Modern weapons and kill the Terrorist in this awesome FPS Gun Shooting Game. you have to show your skills and destroy enemy bases to save your country from the terrorist and find the hidden objects in this battlefield and destroy.

- Full of Thrilling and Action Gameplay.

- Smoothly Run on all devices.

- Clear the mission and get a new surprise.

Download right now! one of the best cover strike FPS shooting game of 2021! Have Fun.

Don’t forget to give us your valuable feedback in reviews to help us enhance user experience.