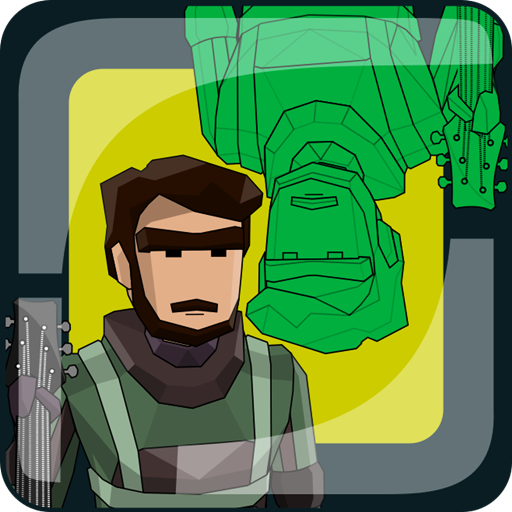 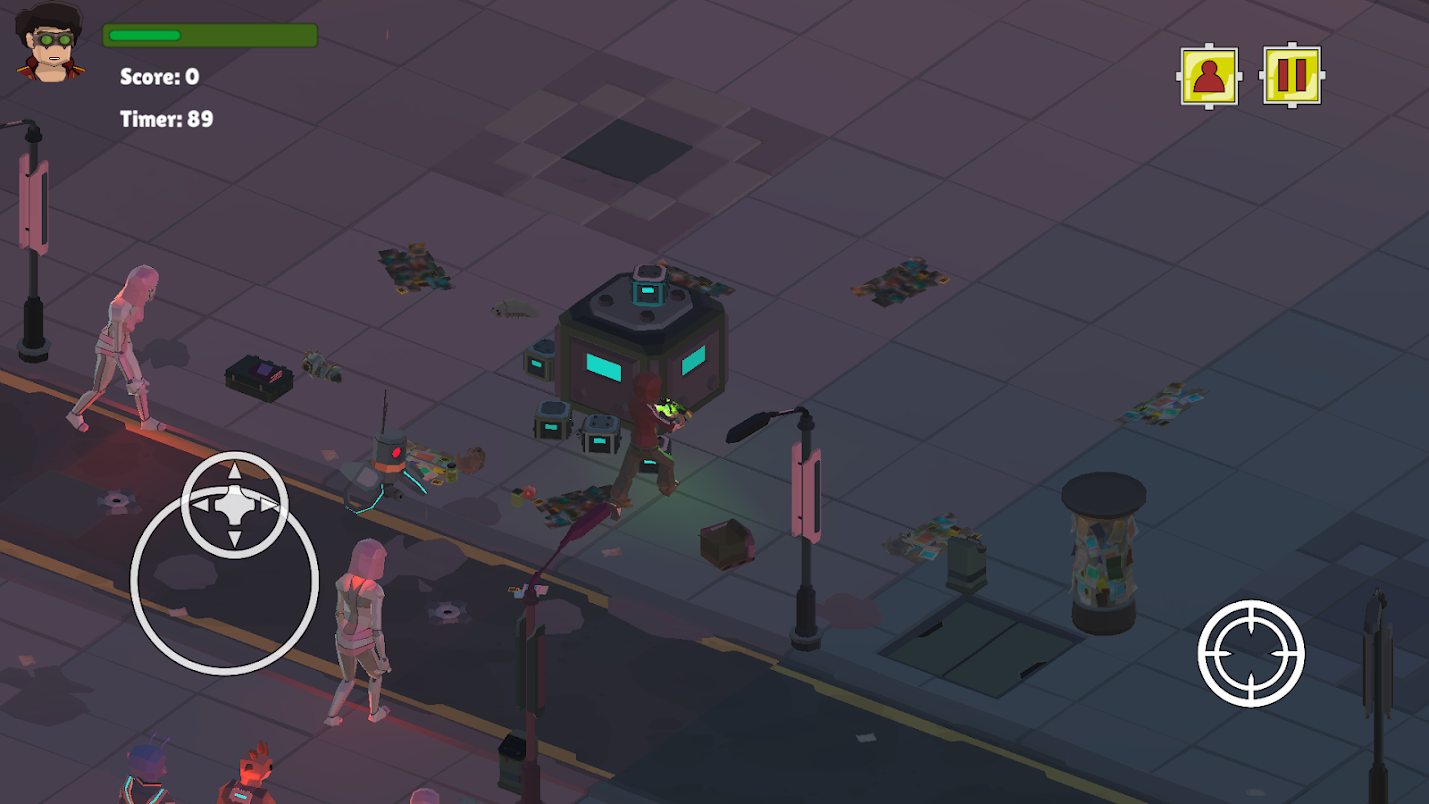 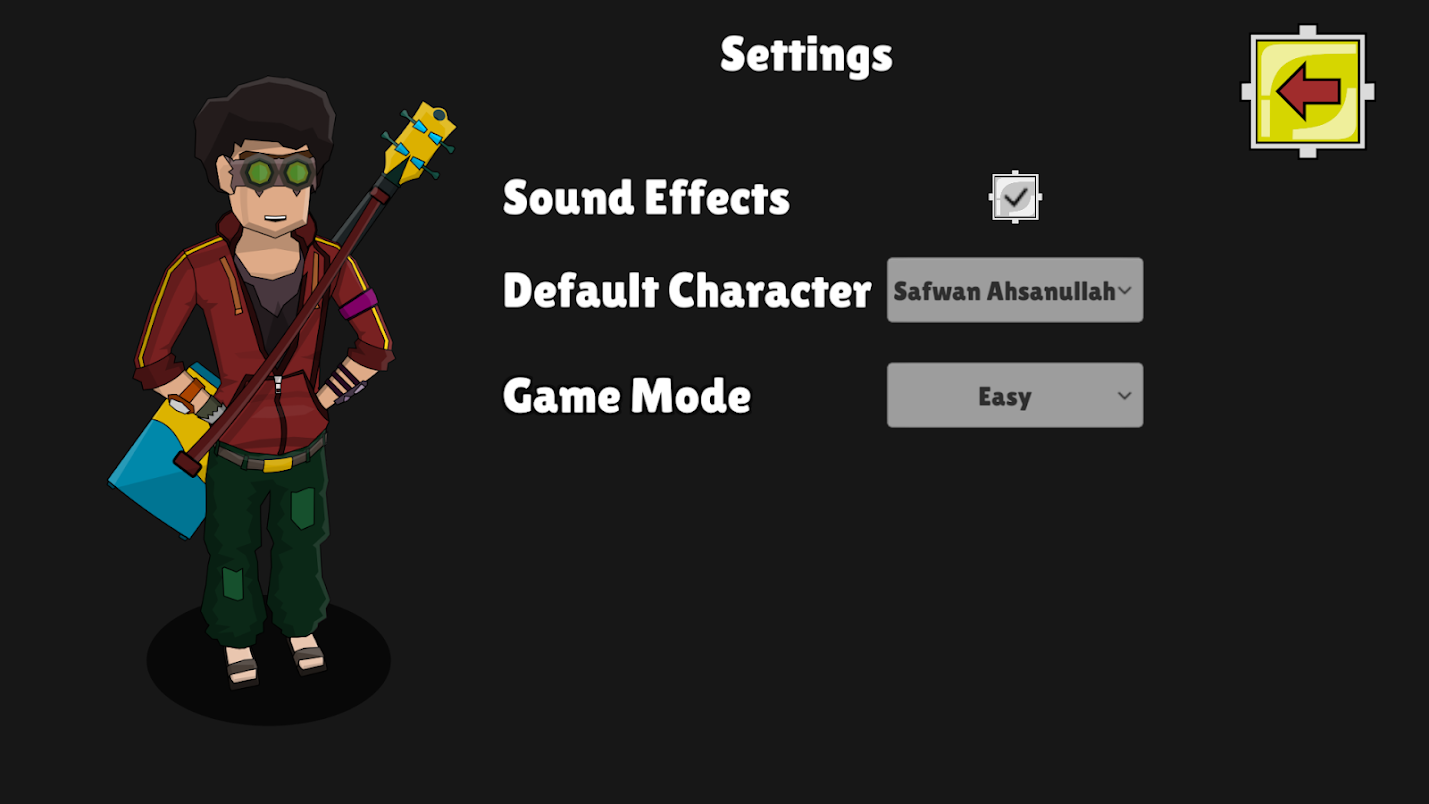 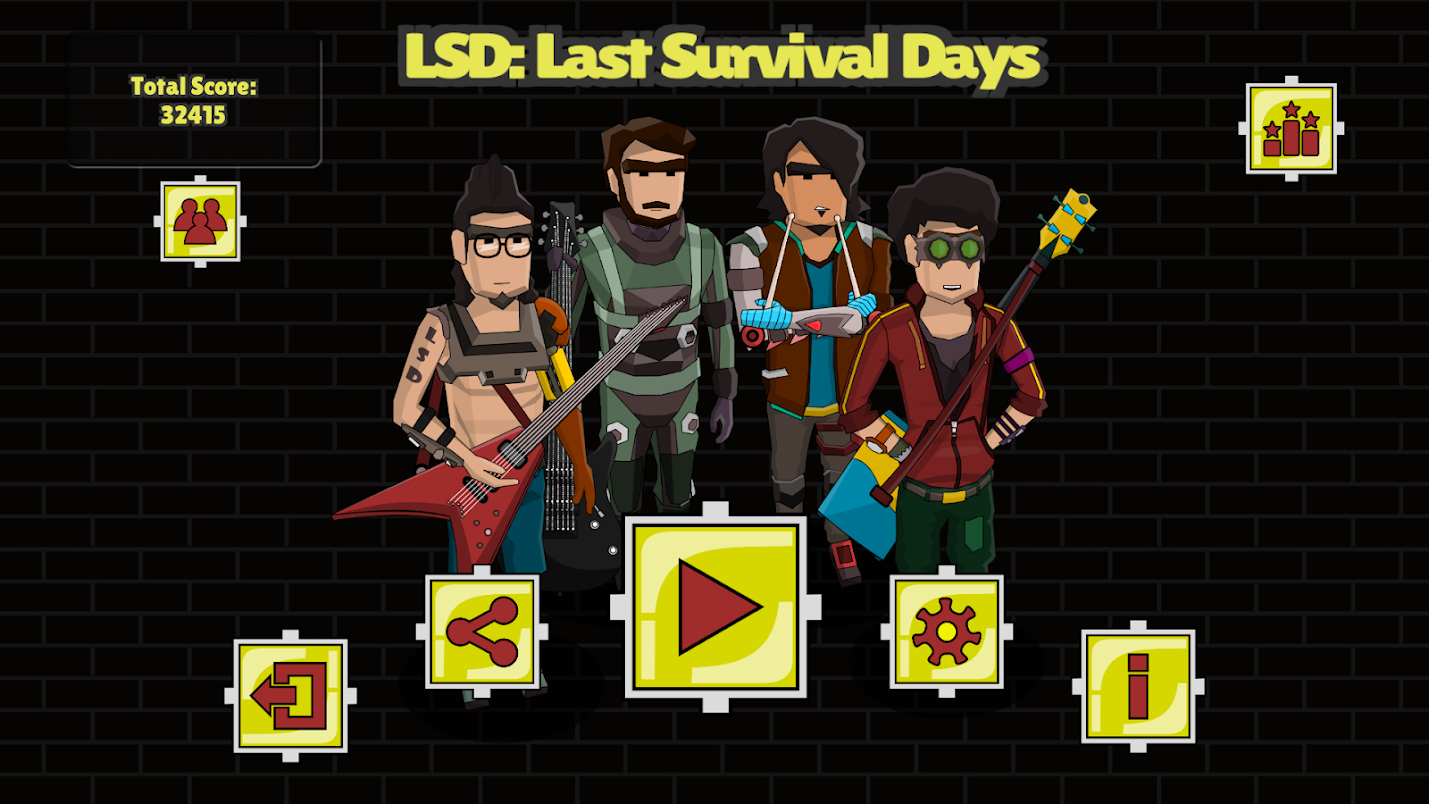 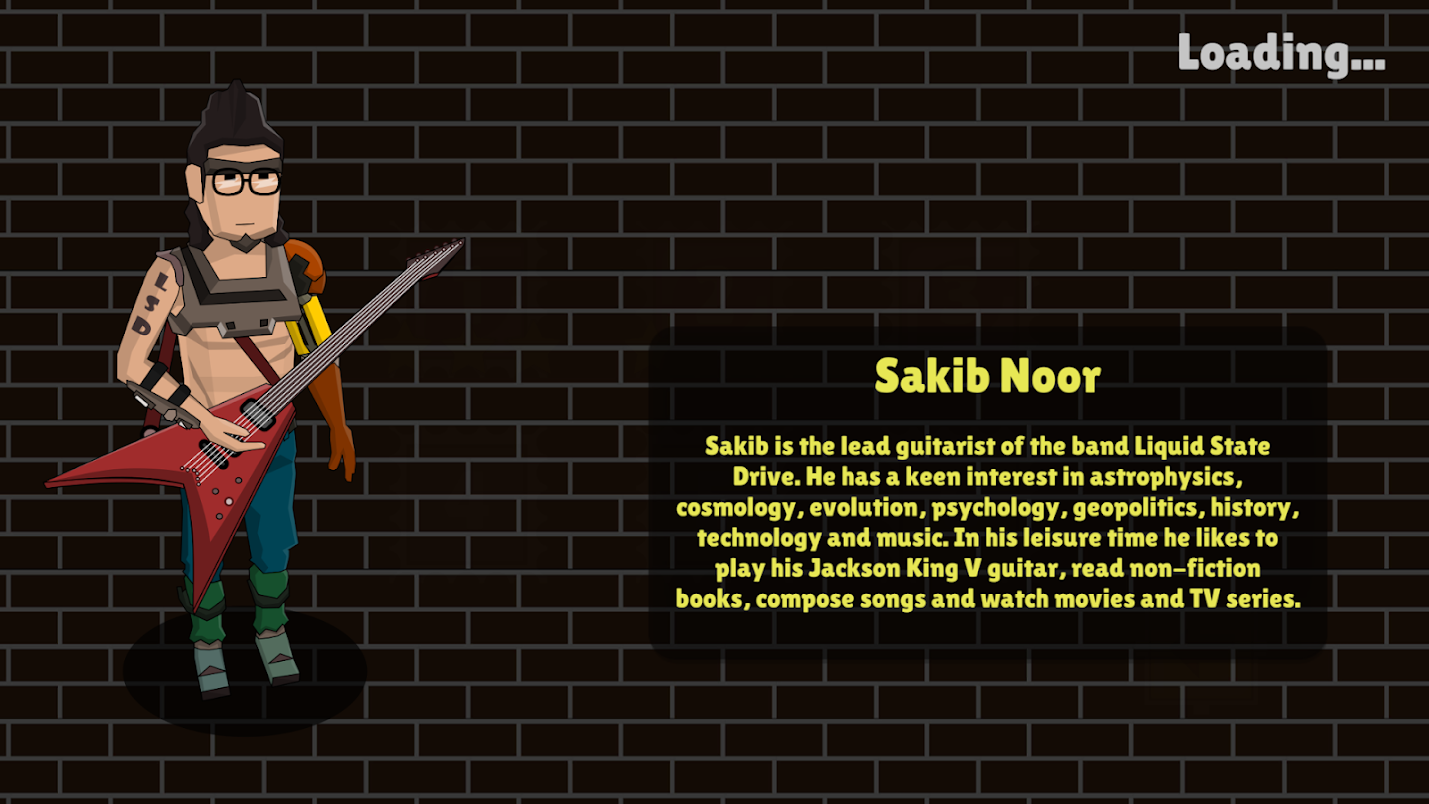 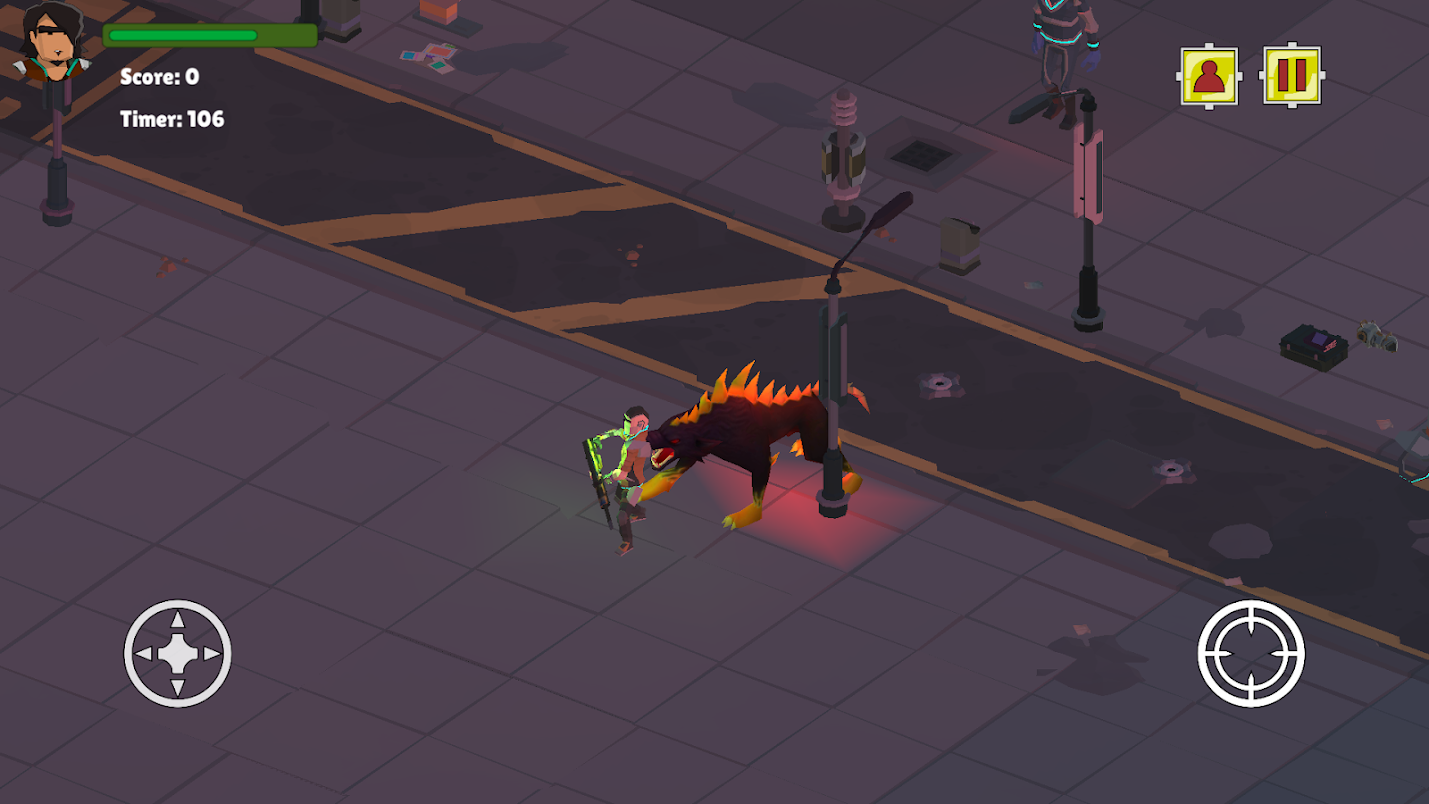 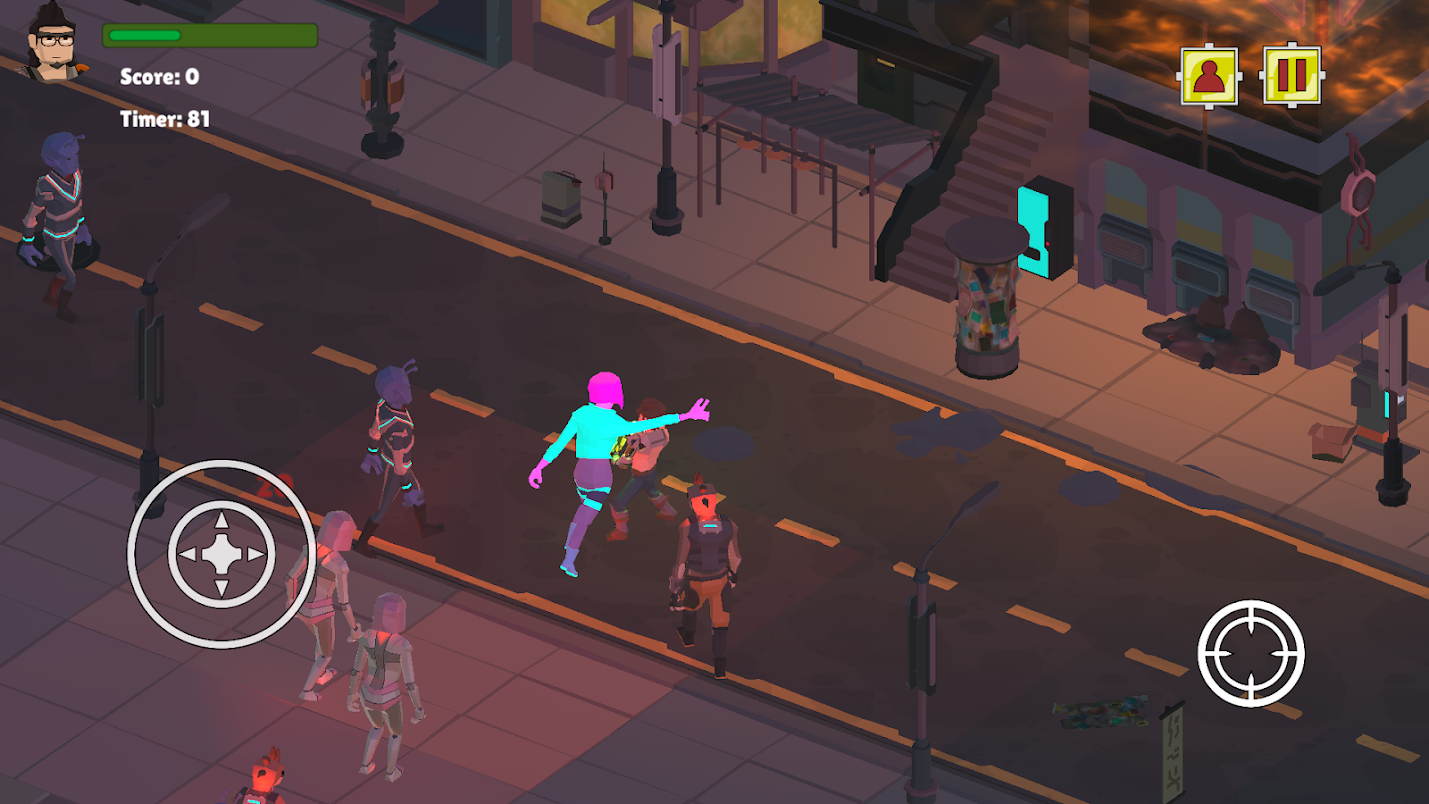 LSD: Last Survival Days is a Top-Down Survival Shooting Game where the environment is set in the year of 20XX: The planet has been invaded by alien lifeforms who are only after one thing: erasing human emotions. They are brainwashing humans and turning them into a slave race. Only one thing can truly save the mankind now, some badass music. The band members of Liquid State Drive, aka LSD, jump in to save Earth from the invading aliens and their malicious technology.

Play as any one of the 4 members of LSD in this action packed survival shooting game while enjoying their debut album as the soundtrack, while saving the world from the clutches of all that is evil!