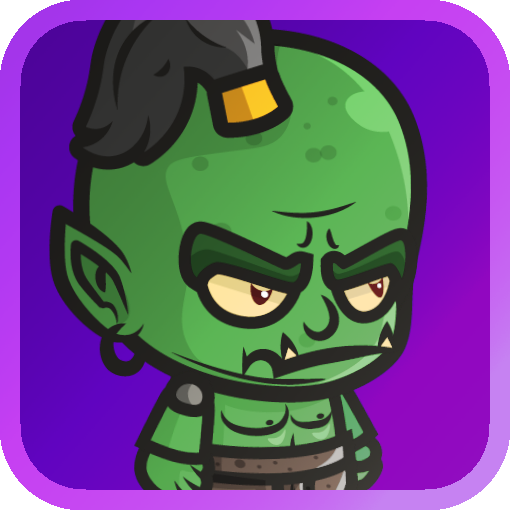 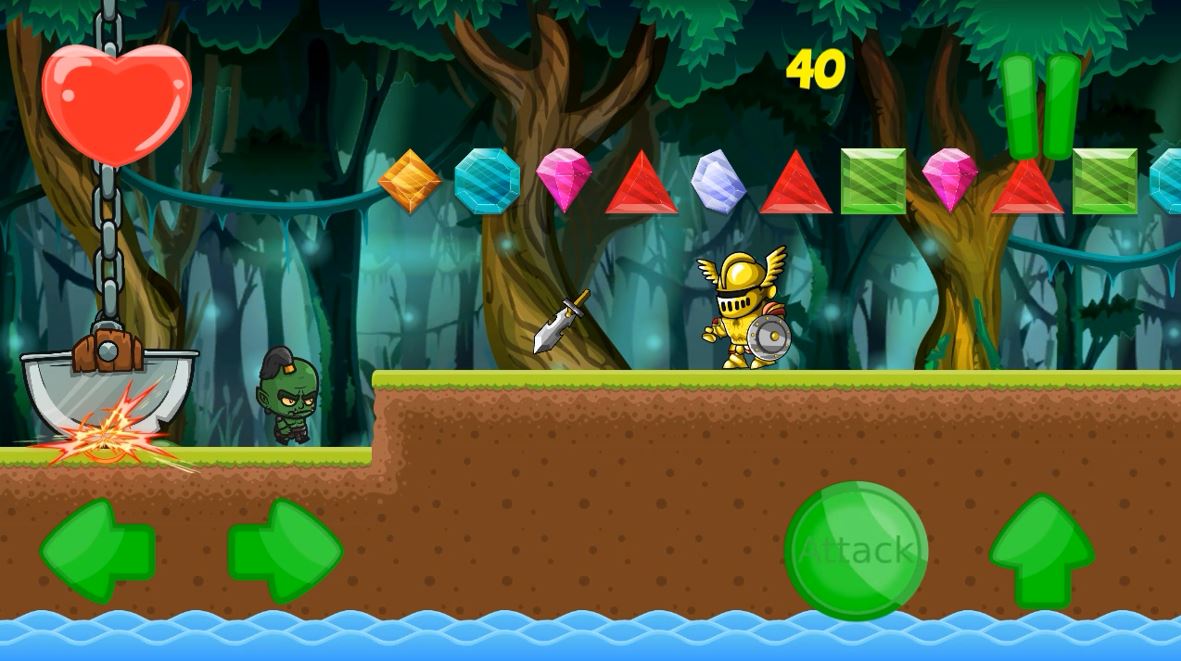 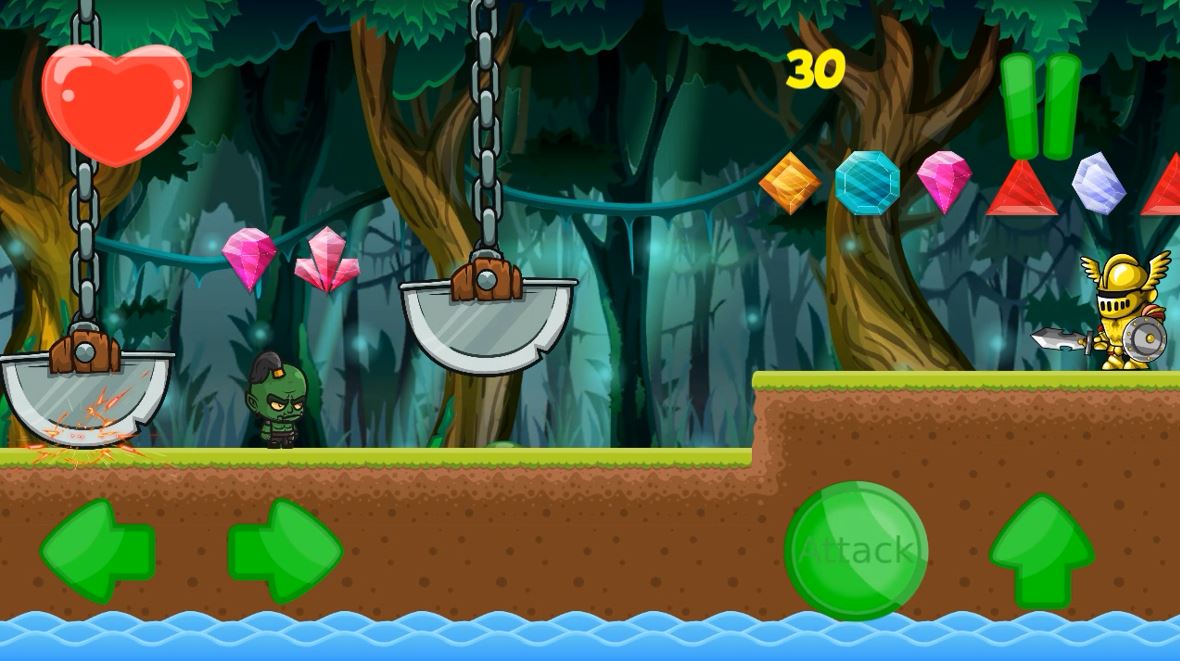 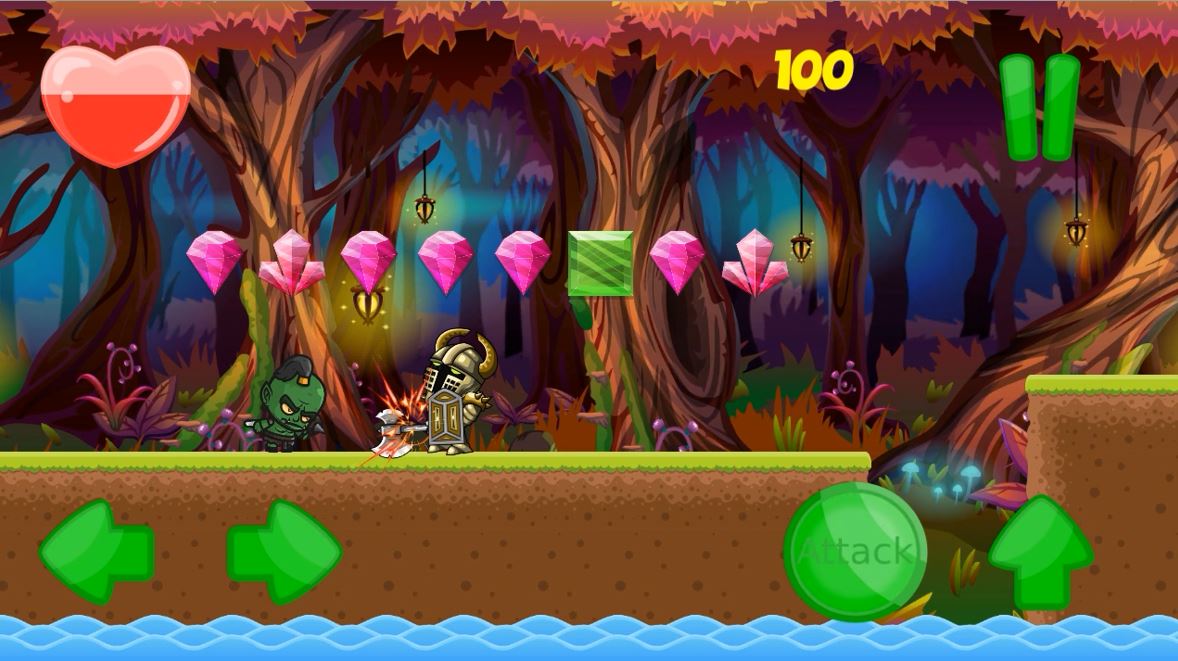 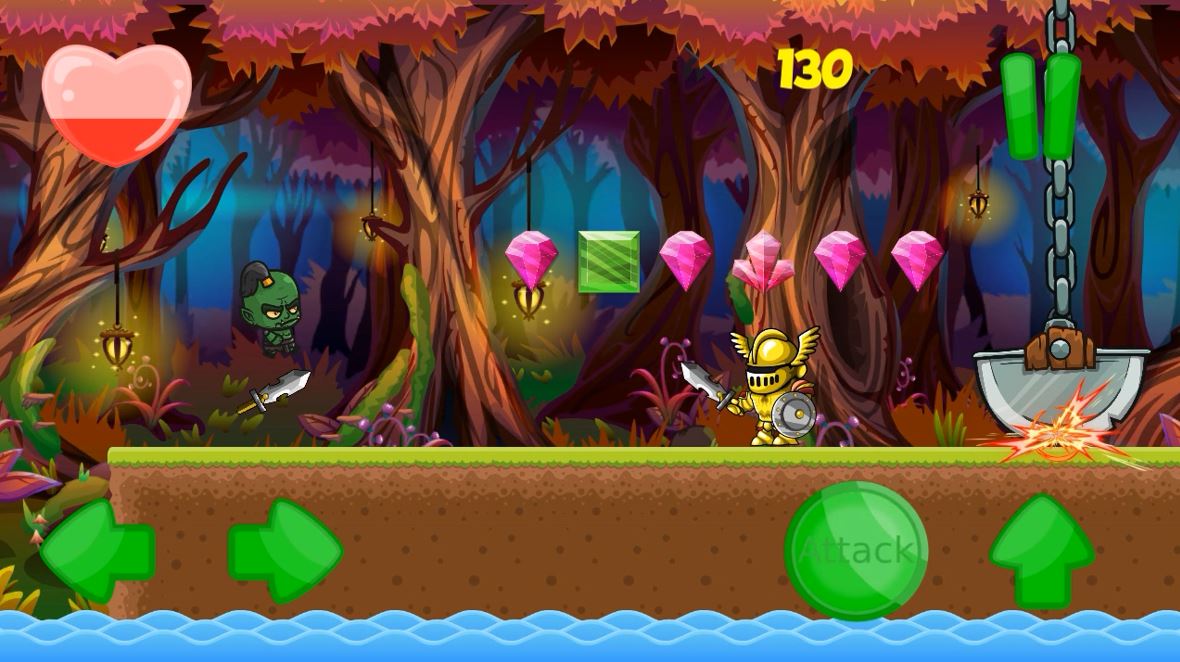 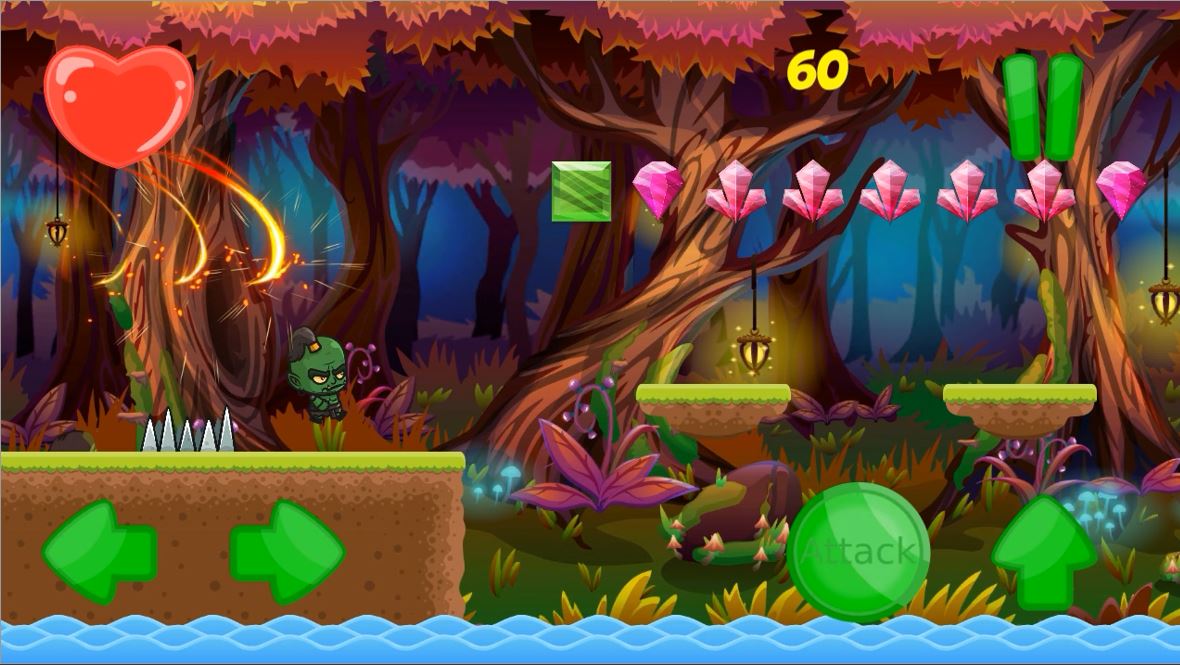 In Little ork: homecoming, you play as a small but brave Orc, who, after returning home to his magical forest, discovered that the whole area is captured by evil elves and knights. Enemies expelled of the forest all the friends and relatives of our hero and settled there firmly. Our hero has nothing left but to enter into an unequal battle with nasty elves in order to return his house for himself and his family.

Playing for our brave character, you move forward on the level, at the same time engaging in battle with the evil elves and knights attacking you. As a weapon, a player can throw an iron club at the enemy. Shells never end. You also need to deftly wade through many clever traps. Along the way, you can collect precious stones and crystals as a bonus. To win you need to get to the end of the level.