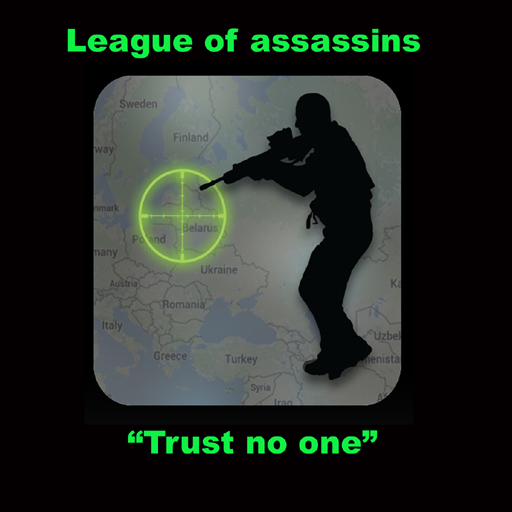 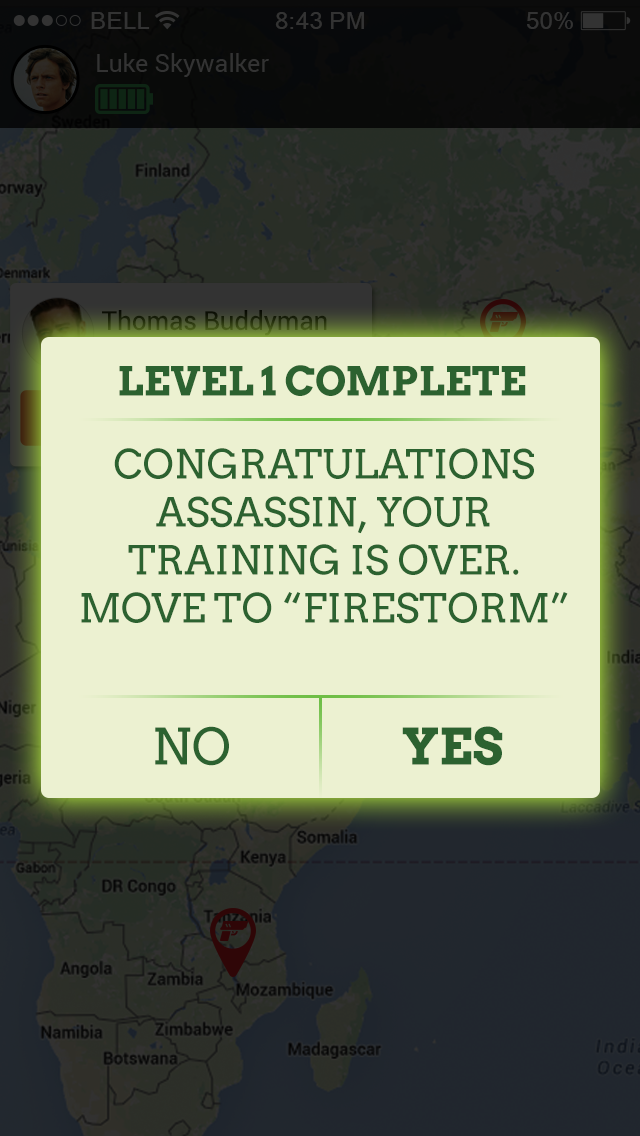 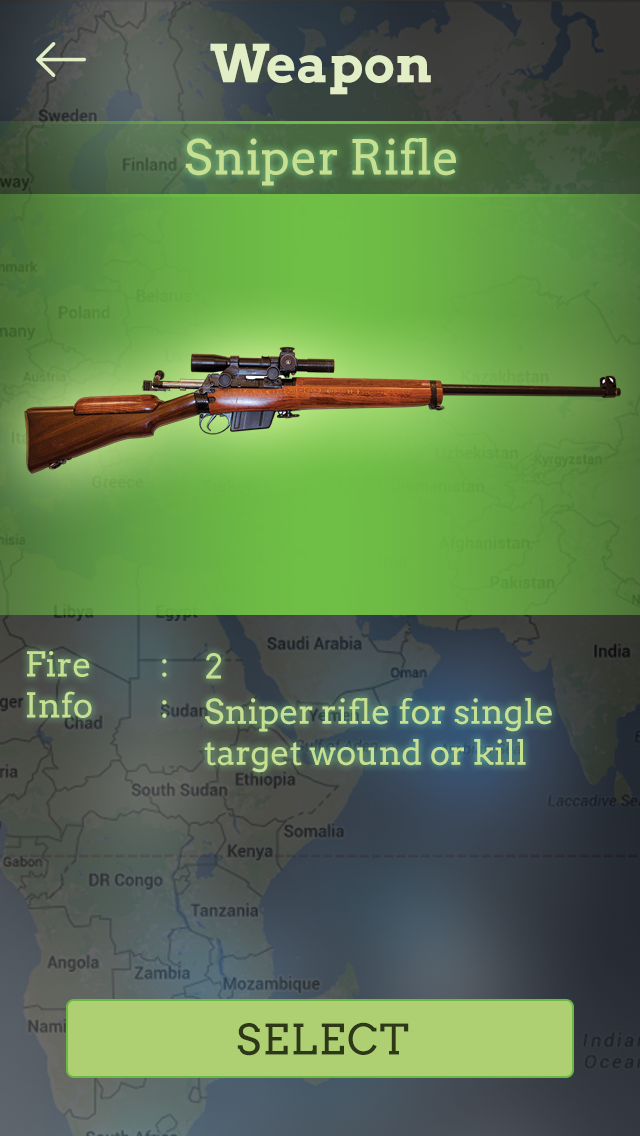 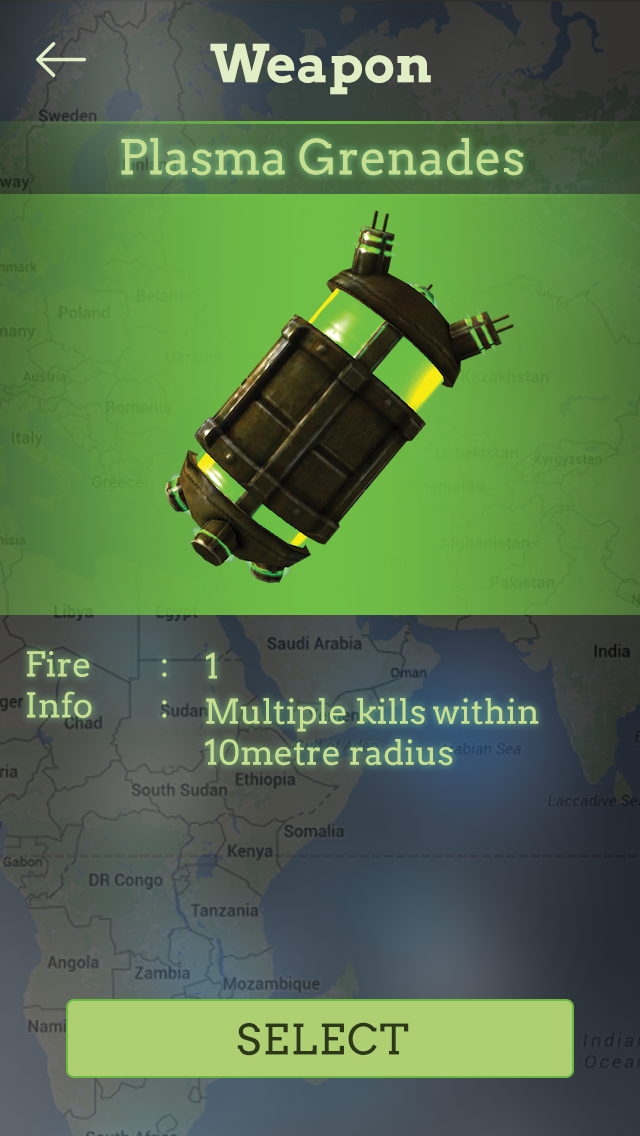 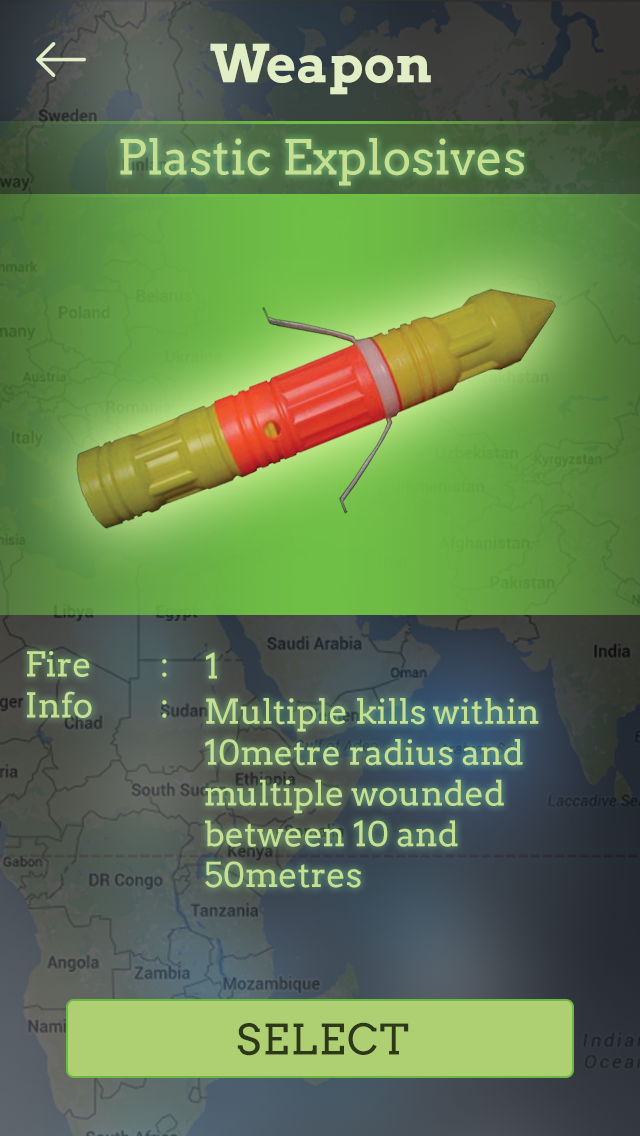 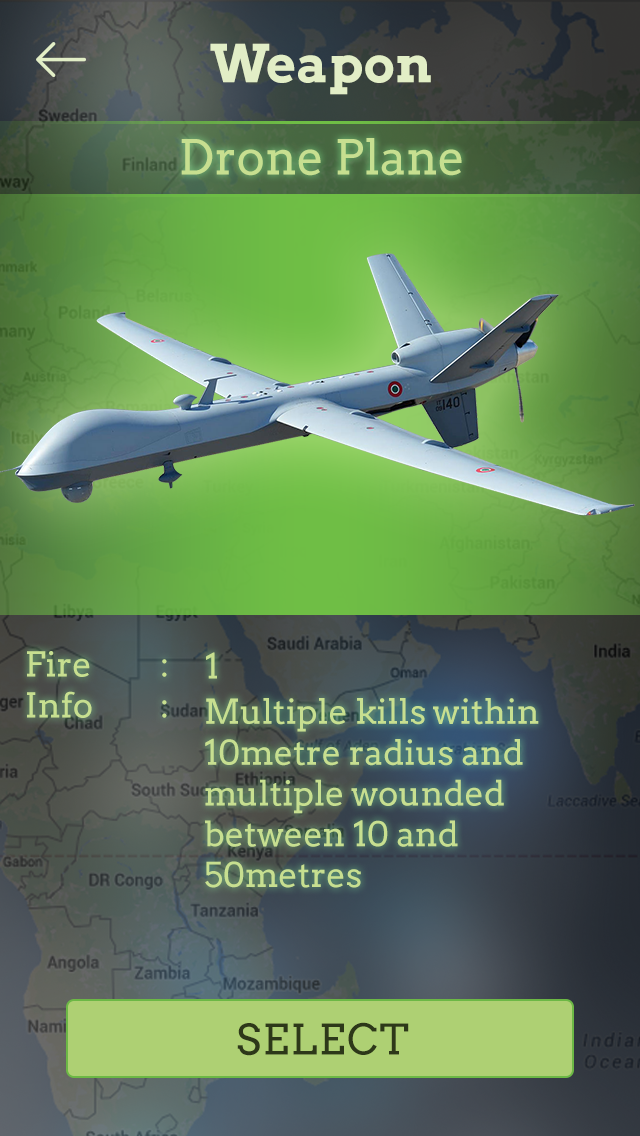 To start game:
1. Sign up with either google or via fb connect.
2. Ensure GPS on your device is switched on.
Targets within a 2 mile radius show on your tracker map via your mobile device.
To choose your target, tap the pin drop on the map and view the target profile which will include their user name, their health status and their number of kills.
Live targets are either within a wound only radius of 1 to 2 miles or the kill zone of 1mile and under.
Wounding your target allows them to continue their game retaining their kill score however, should a player receive 5 wounds the last is fatal and their kills total is transfered to the player who took them out.
Health is reuced by 20% with each wounding shot and current health status is shown on screen.
Taking the kill shot at 1 mile or less, the kills already made by your target are transfered to your own kill score.
Assassinated target score is reset to zero, their health is restored to 100% and they continue their game.
League of assassins has been designed to be played anywhere you have internet access so even if you are sitting in traffic, in a cafe or out with friends you are either the hunter or the hunted. “Trust no one”
League of assassins level two "Firestorm"
Congratulations you have completed your training, made 100 kills and learned your trade craft.
You will now continue your mission with the following.
Choice of weapons: Sniper rifle, Plasma grenade or plastic explosive.
Select sniper rifle for single kill shot upto 1 mile and wounding shots up to 2 miles.
Select plasma grenade to kill all targets within a 10metre radius. The assassin claims the combined kills tally of all those killed in this attack.
Select plastic explosive to kill all targets within a 10metre radius and wound all players between 10m and 50metre radius. The assassin claims the combined kills tally of all those killed in this attack.
Good luck assasssin and remember "trust no one"