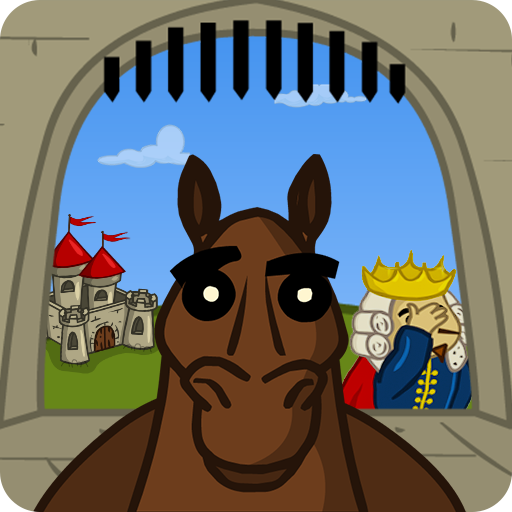 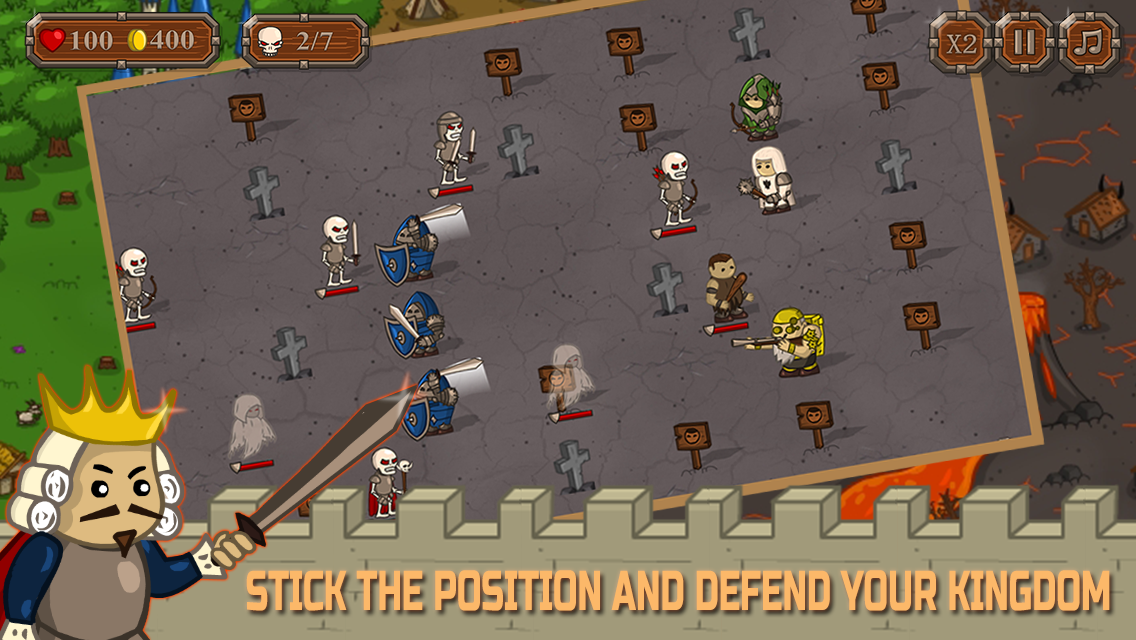 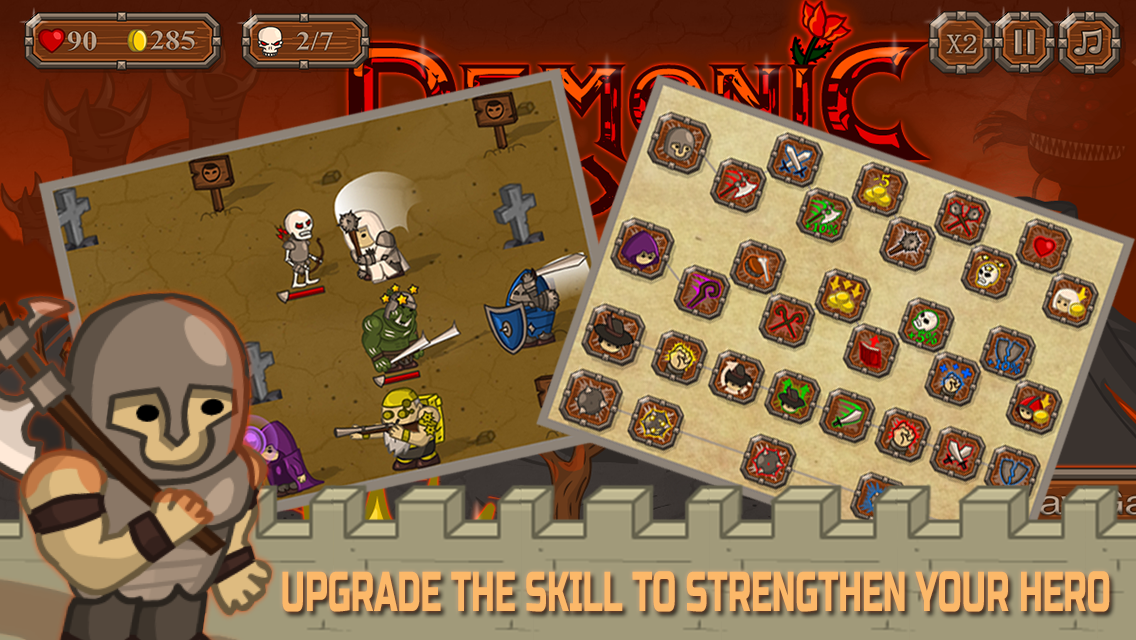 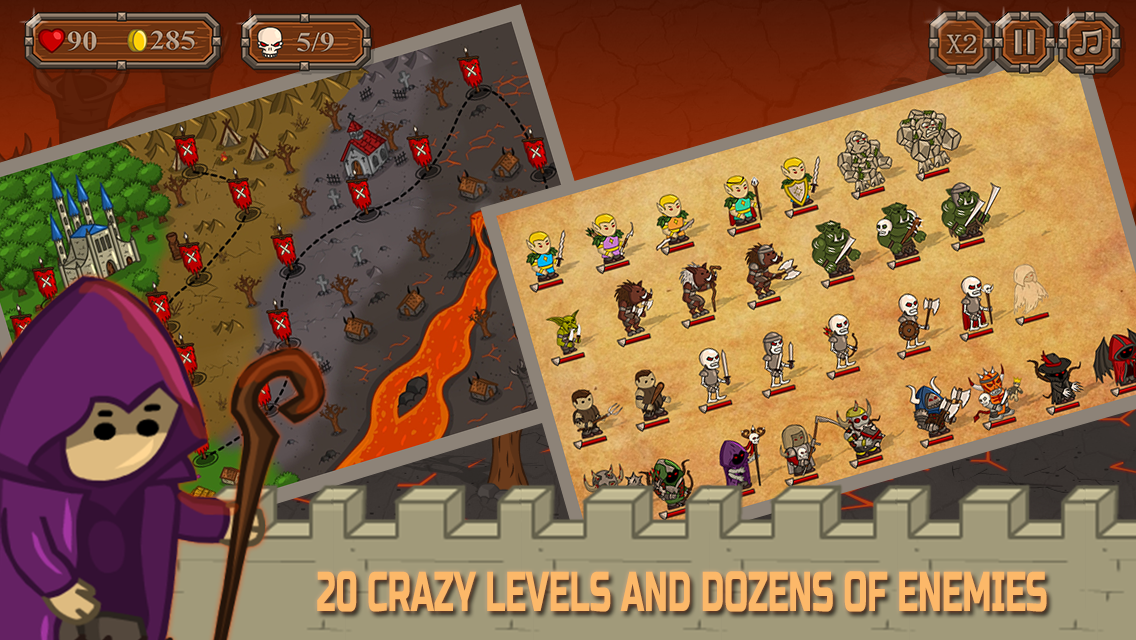 Are you a fan of tower defense and real-time strategy games? If so, Kingdom Guardians is the defense game that you have always been finding. Which is an easy-to-play tower defense game with attractive graphic and story. But the strategy can be very complex. You must be careful where to build the tower, since it will change the terrain, it will block the zombies and they make way to another direction. Like other classic TD game, you can build towers, choose upgrades, and release magic skills in this guardian kingdoms game, But to win 5 star in every levels is very challenging, Just download and try. Show me your strategy.

We add a feature to clear local data, So you can replay from the very beginning and test your new strategy.

The brave king sets out to destroy the evil monsters, and search for gifts for the beloved princesses! You have to help him in his quest for the demonic flower which is the greatest and most beautiful gift ever. Start a little war against orcs, elves, zombies and demons. Win these epic wars and take the gifts back go the castle.Earn enough money and buy skills to grow heroes.

The story takes place in the middle ages. Adventure through lush forests, gold land, snow-covered mountains, and epic desert. Defend your kingdom from the slimes, goblins, skeletons, and werewolves armies! Engage in the epic battle to save the world with courageous heroes and ancient magic! Grow castle to defend the kingdom.

Put your defense and strategic skills to the ultimate! Put your towers into action and defend your castle from the never ending waves of enemies. Start from a tiny and small kingdom, every victory will make it grow up. And become the bravest king after the end of this war.

- Five bosses to stop you!