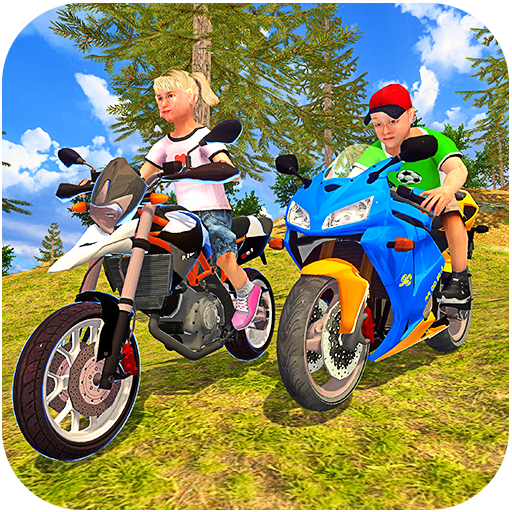 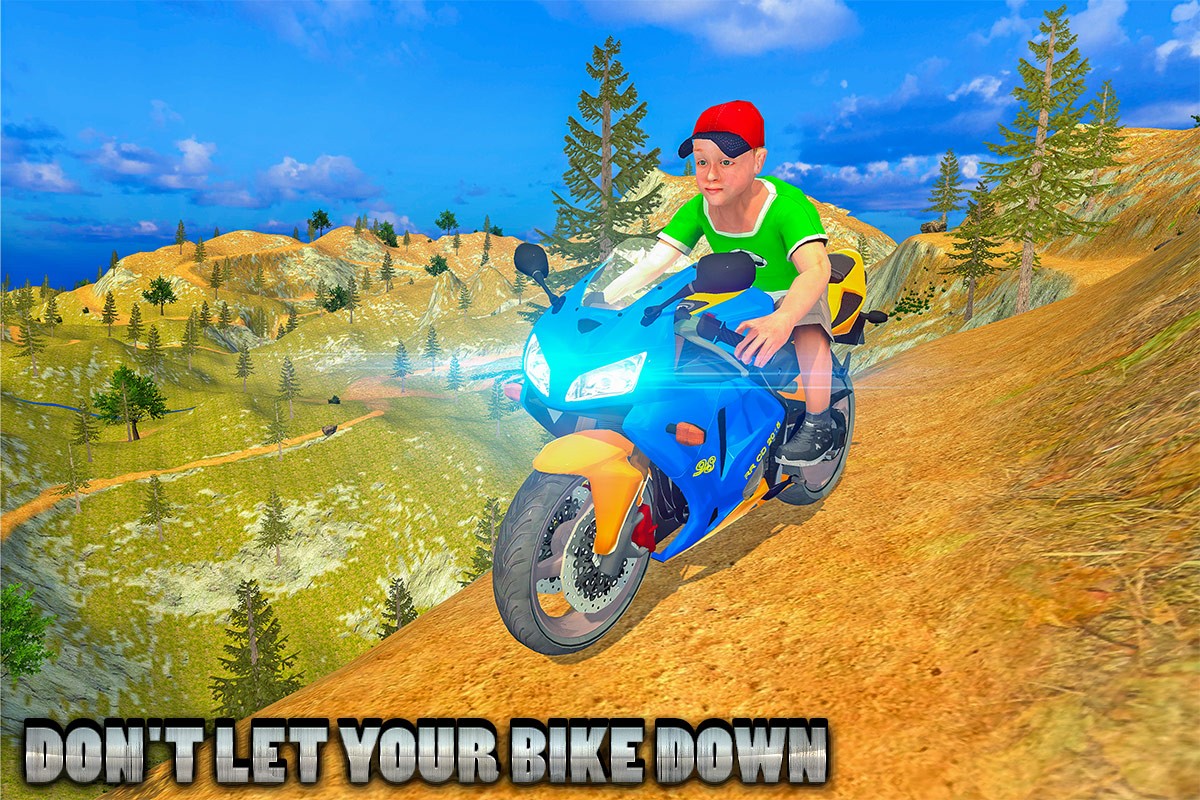 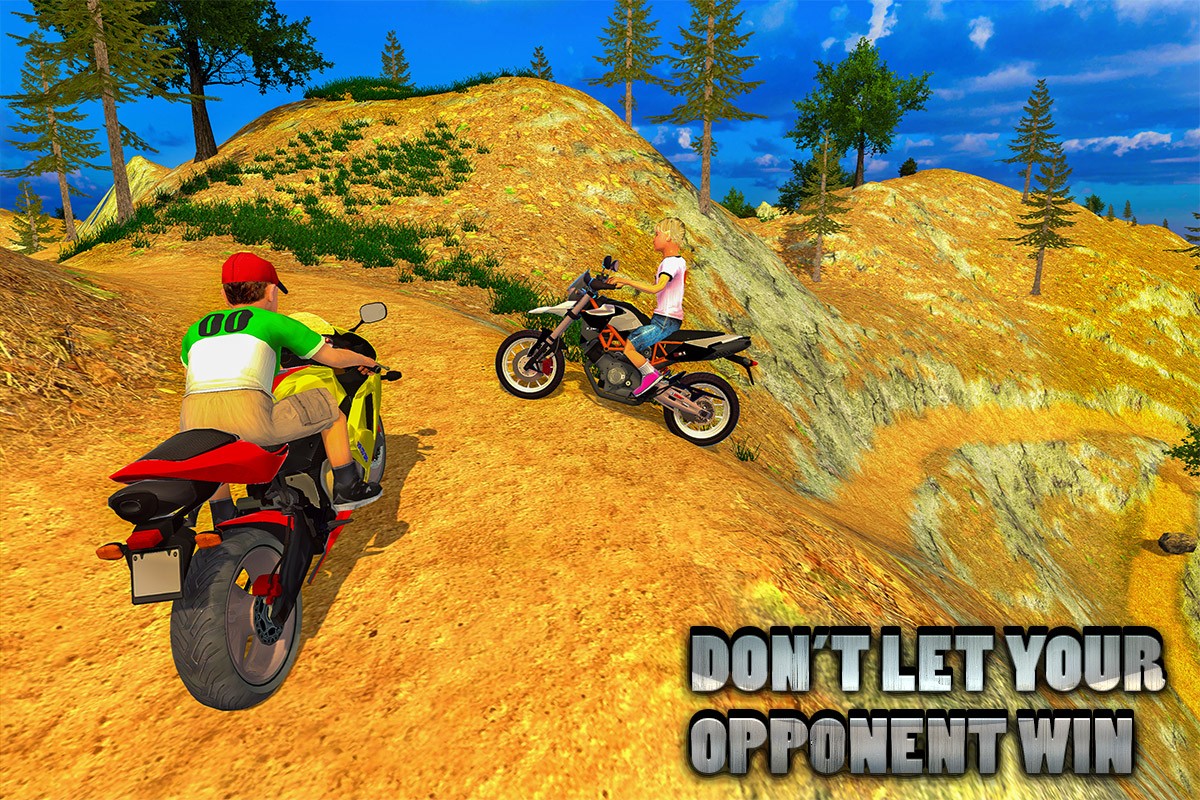 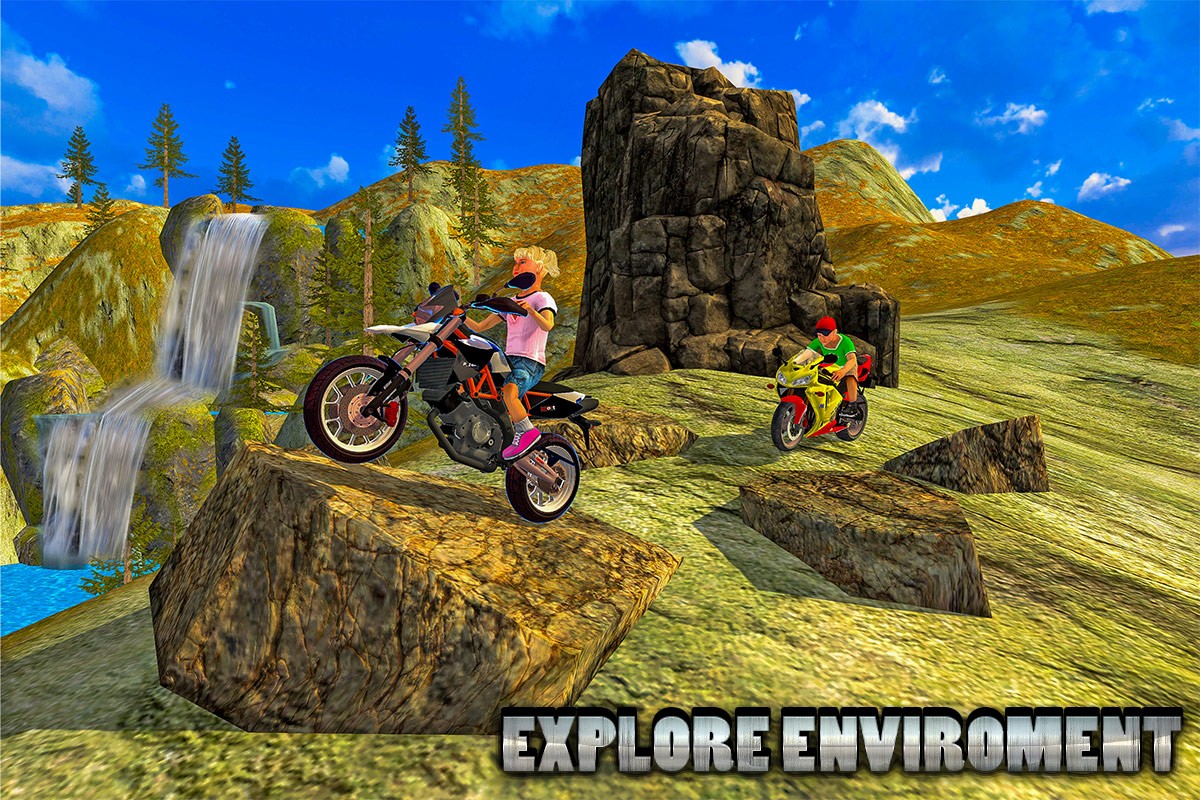 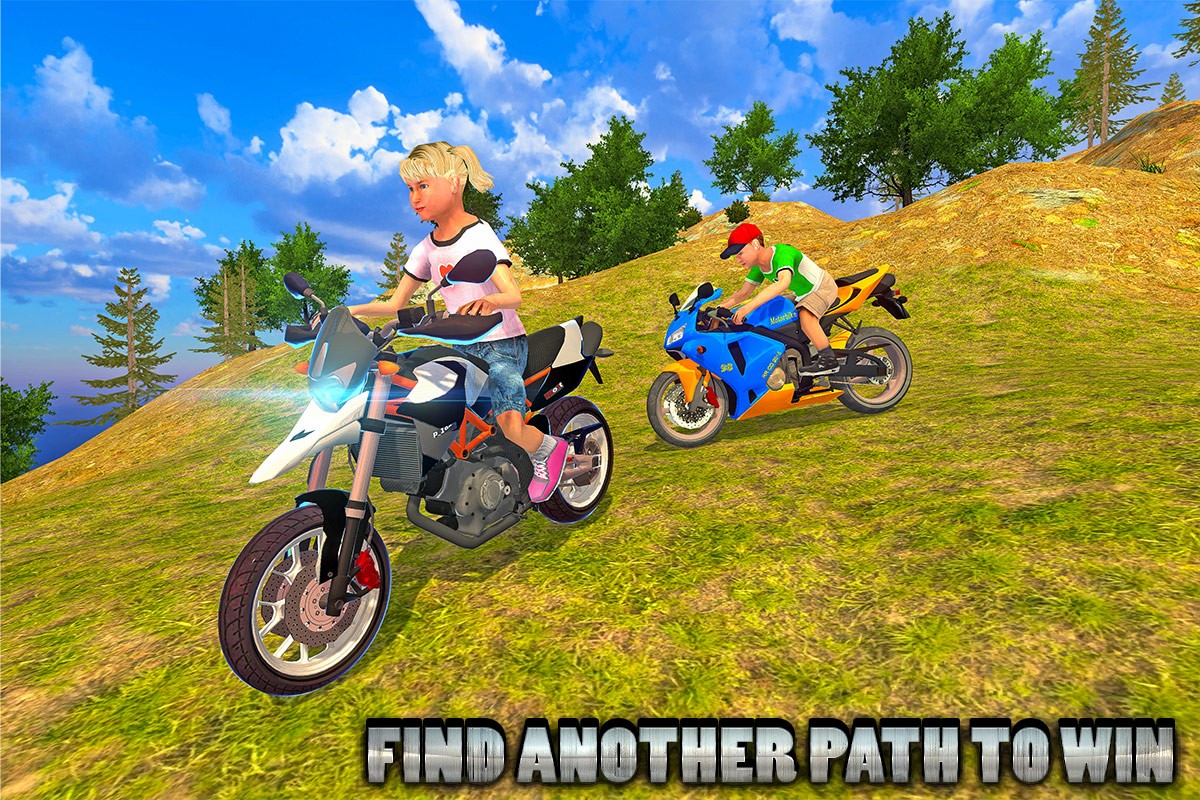 Kids always love to driving a bike. Now you may own a motorbike all by yourself and driving it on the mountain offroads or busiest roads of the city. Become a rider with uphill offroad motorbike and get a chance to drive the bike in hilly offroads. This kids offroad motorbike racing driving game is specially designed for the lovers of offroad motorcycle games and offroad moto stunts as hill rider. In this mountain bike adventure ride the motorbike both uphill and downhill. Control your extreme kids dirt bike and steer with race to get real life sensation of riding heavy bikes. Your downhill offroad motorbike rider game is best addictive bike games 2017 new games. Driving Offroad is both challenging and adventurous with our Kids Uphill Offroad Motorbike Racing Driver the real uphill motorbike racing game.

Your motocross offroad bike needs excellent moto riding skills. Go on a ride through the most thrilling uphill experiencing intense dangers that will have you on the edge of your driver’s seat! So remember kids! No roads no limits in kids motorbike stunts with offroad motorcycle games. Extreme motocross racing will surely a treat for kids bike stunt driver. Ride your uphill offroad motorbike and start motorcycle driving through downhill mountain biking and avoid falling down and crash. Kids love adventures and also like to racing among their friends and this game will let them do that in the bumps and hilly offroads with kids motor bike stunt rider.

Kids uphill offroad motorbike racing driver is all about bike balance, skill and control as you ride your rider on offroads across the ramps, hilly jumps, checkpoints and obstacles. Offroad tracks are made up of slippery mud so make sure you have enough speed to pass through them. Bike stunt 2017 mania is one of the kids Moto stunt racing game of 2017 for off road driving lovers. As Best bike rider go offroads on hilly rocks and slippery paths by avoiding hurdles so that moto bike crash don't occur for impossible motorcycle tracks.

Get ready for the adventure ride with freestyle bike stunt games. So Kids, you will surely amuse after driving the bikes in the hills and this will be the most adventurous game you have ever played. offroad motorcycle riding has thrill gameplay while dodging trees and speeding off of the tops of towering hills. Download now Kids uphill offroad motorbike racing driver the paramount of hill motorcycle games free.