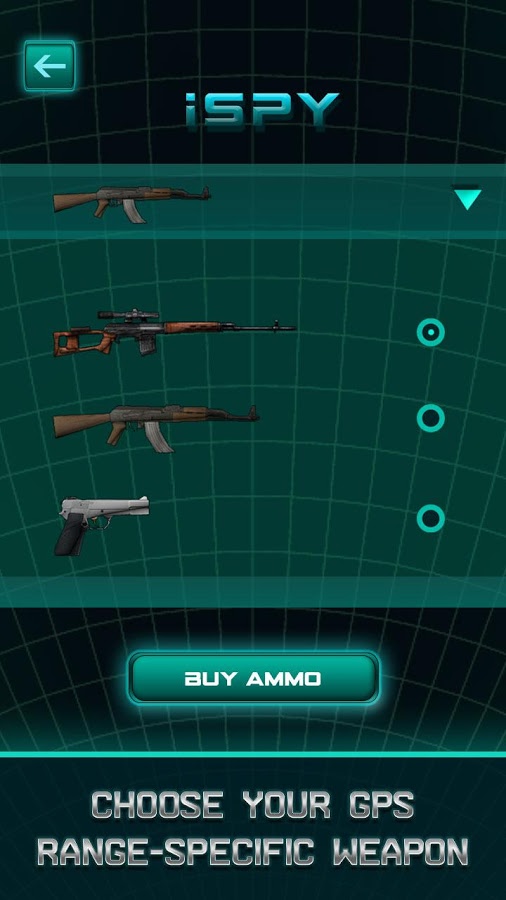 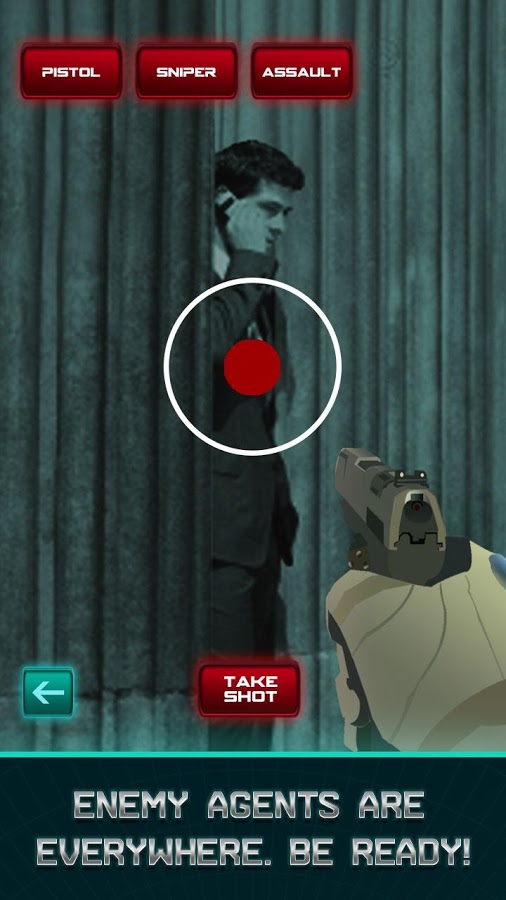 iSPY is the most realistic spy game ever created. It's the only Location-Based game that fully integrates real locations and real people and players at these locations.

Until now, every Location-Based game has been limited to the app's interface. This means you basically get the same mission over and over and even though you are at a real location in your city, you will not experience any live, mission-related interaction with other people or any kind of realistic engagements with enemy agents.

With iSPY, the possibilities are endless, and there's no virtual avatars doing the fighting for you. The only way to complete missions and eliminate enemy agents is by using your own tactics and abilities in the real world.

Engagements with enemy agents can happen at any time during your mission, but remember, each weapon has a specific range which is governed by GPS software, so you better make that first shot count.

ISPY is also the only game where you can create your own, exciting Top Secret missions for your city. That's right, you have the ability to make the game more fun for friends and would-be foes.

As you decipher clues and eliminate enemy agents, you will rise through the ranks, finding out if you have what it takes to be one of the top field agents in your metro area.