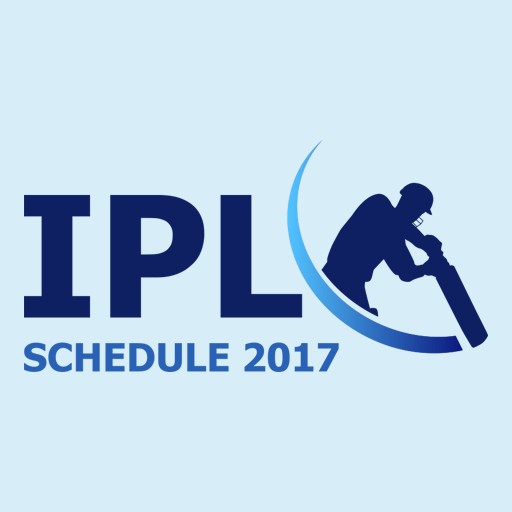 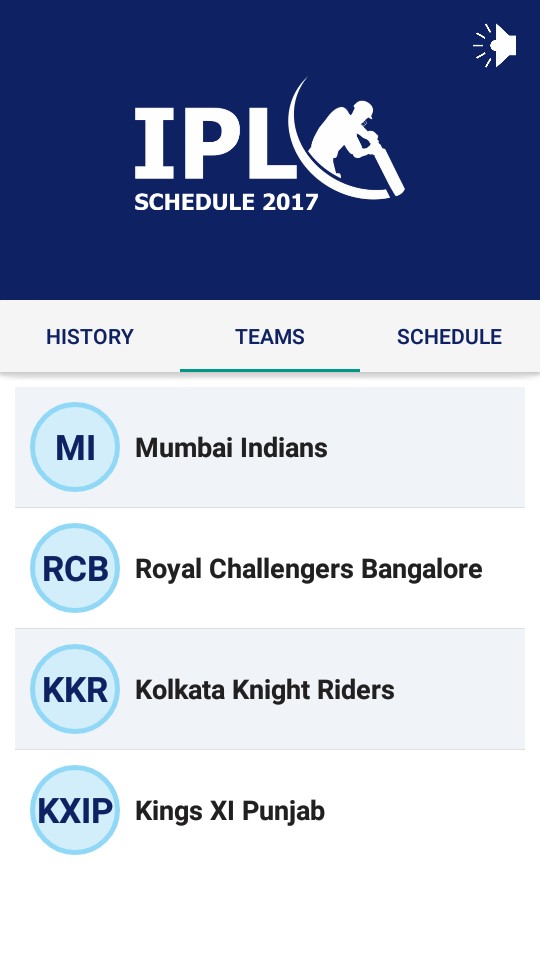 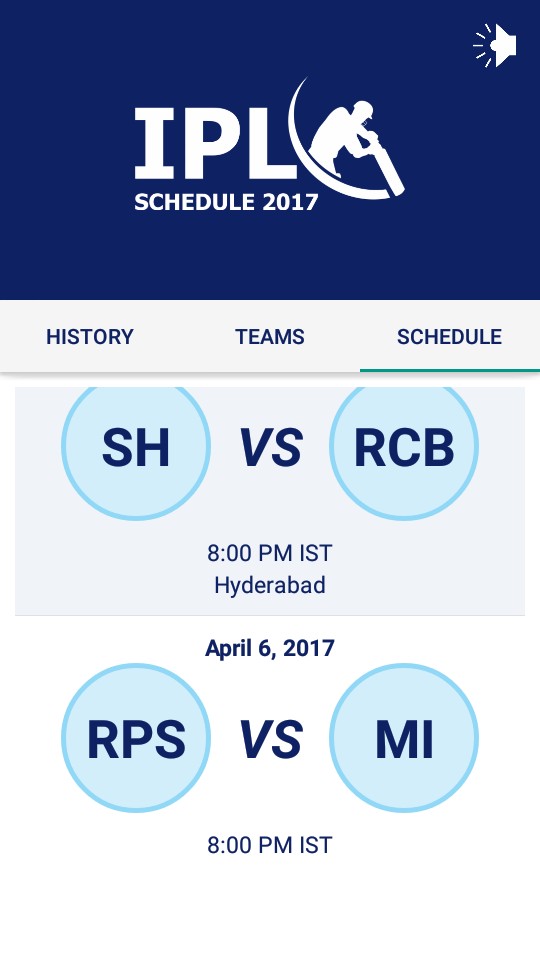 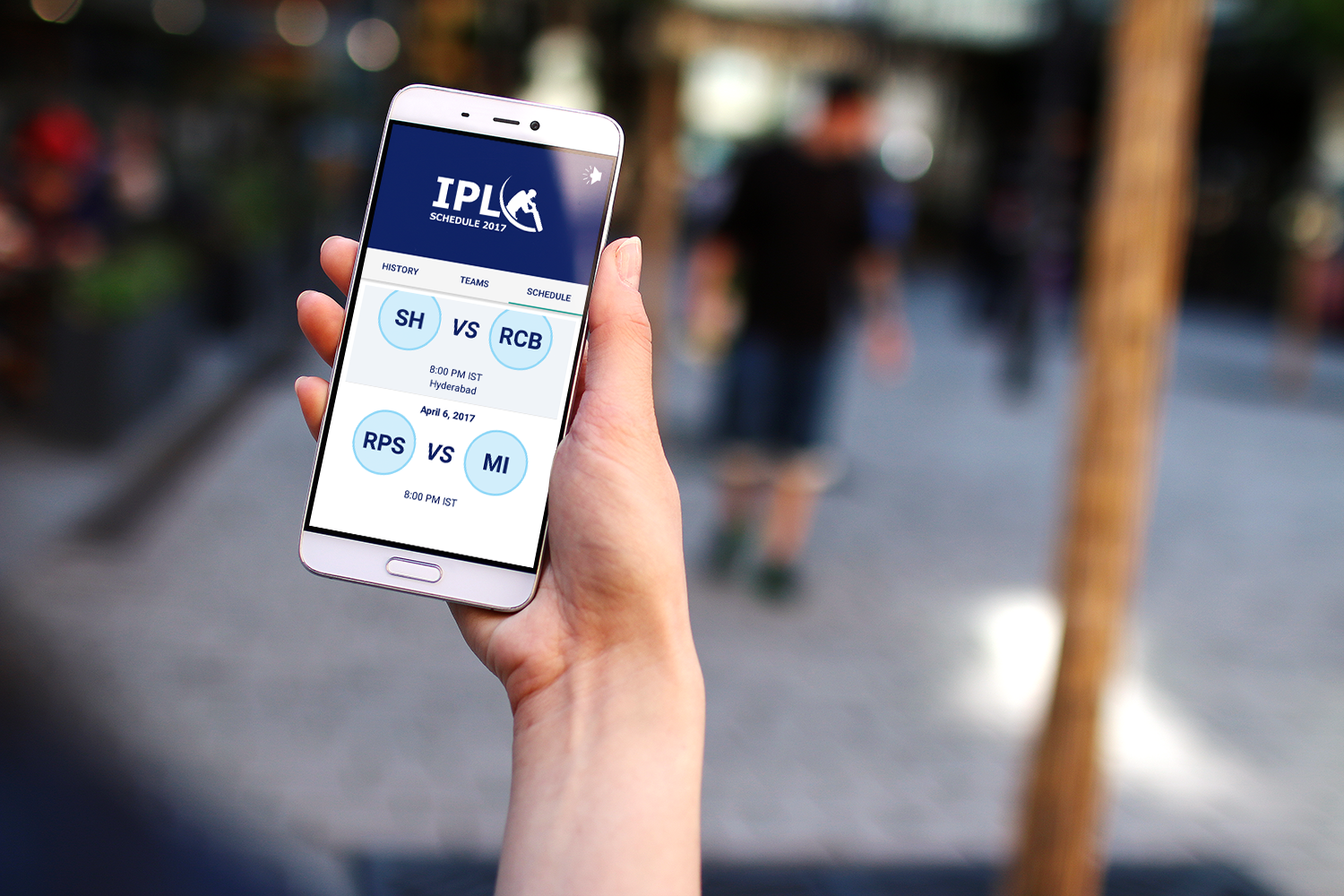 Indian Premier League is the biggest sports festival in Cricket Tournaments of india.

If you want to keep in touch with updates of Indian premier league and are a big fan of cricket then you are at the right place.

The Indian Premier League (IPL) is a professional Twenty20 cricket league in India contested during April and May of every year by franchise teams representing Indian cities. The league was founded by the Board of Control for Cricket in India (BCCI) in 2007. The title sponsor of the IPL in 2016 was Vivo Electronics, thus the league is officially known as the Vivo Indian Premier League. The current IPL title holders are Sunrisers Hyderabad.

The IPL is the most-attended cricket league in the world and ranks sixth among all sports leagues. In 2010, the IPL became the first sporting event in the world to be broadcast live on YouTube.

- Know all match details, venues and timing of each match.

Moreover,This is not an official app of IPL, (Indian Premier League) It is just for information purpose.

Many more interesting features to make you experience the excitement of IPL 2017:

* Application is absolutely free to use
* This is not the official Application of Indian Premier League and does not intend to portray as such but it is our much effort to serve you better.

Please rate it with 5 stars :)
https://www.facebook.com/ibrandify