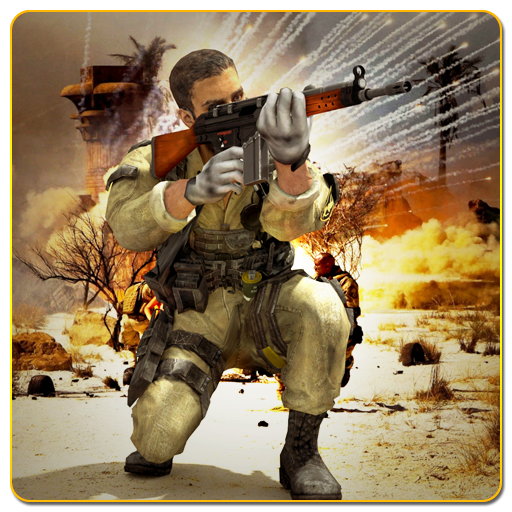 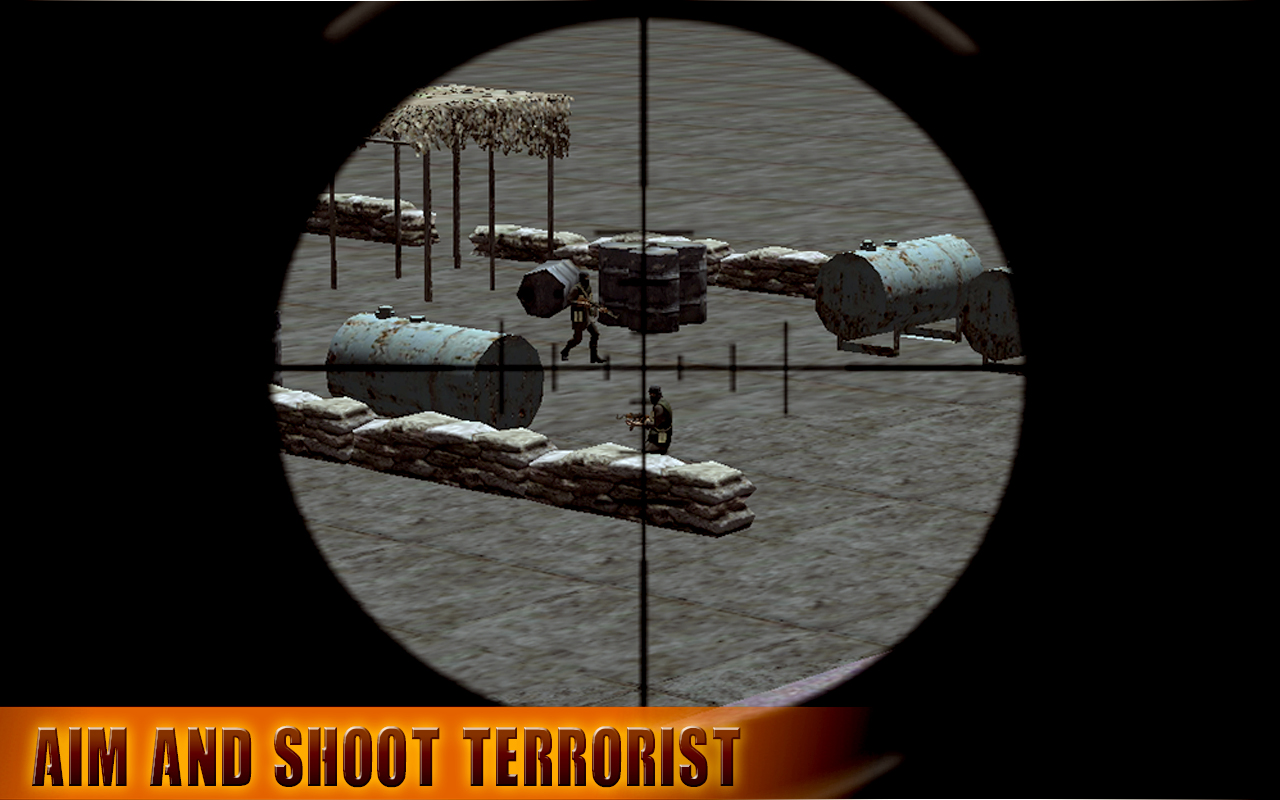 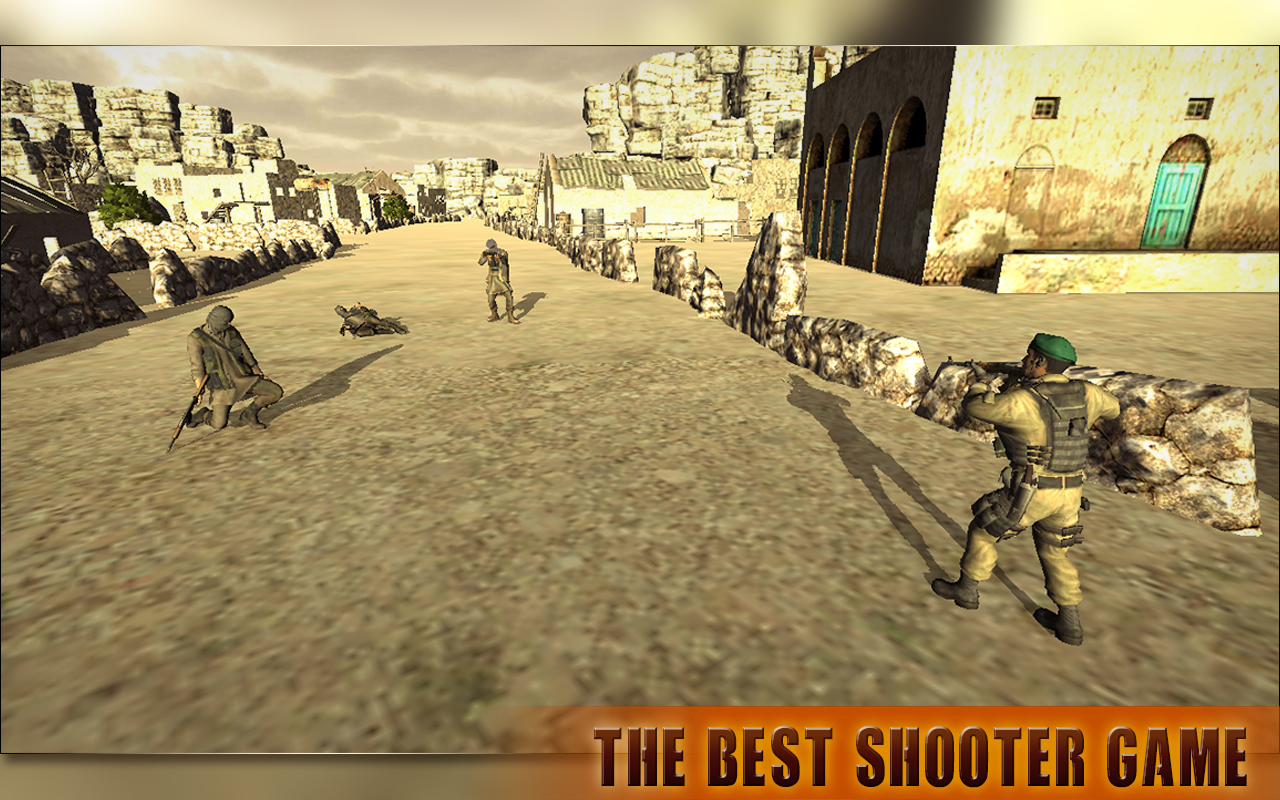 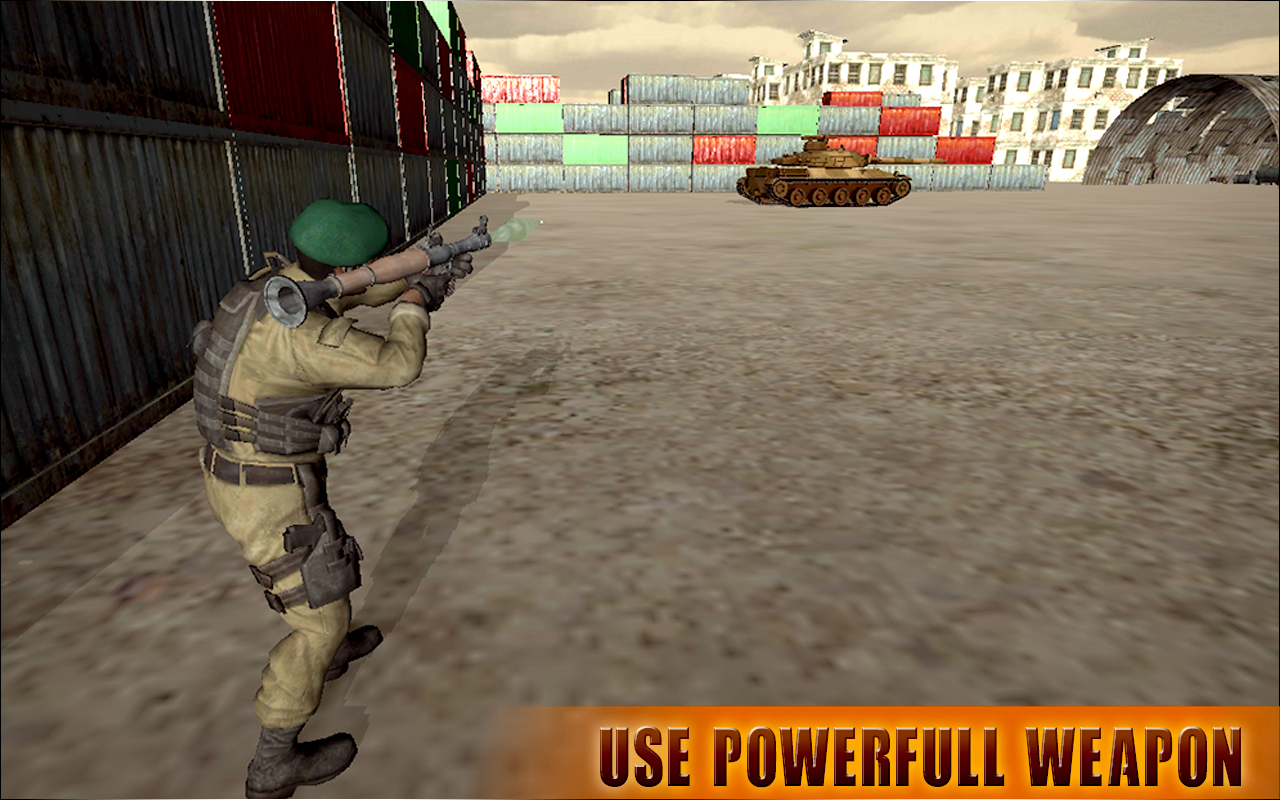 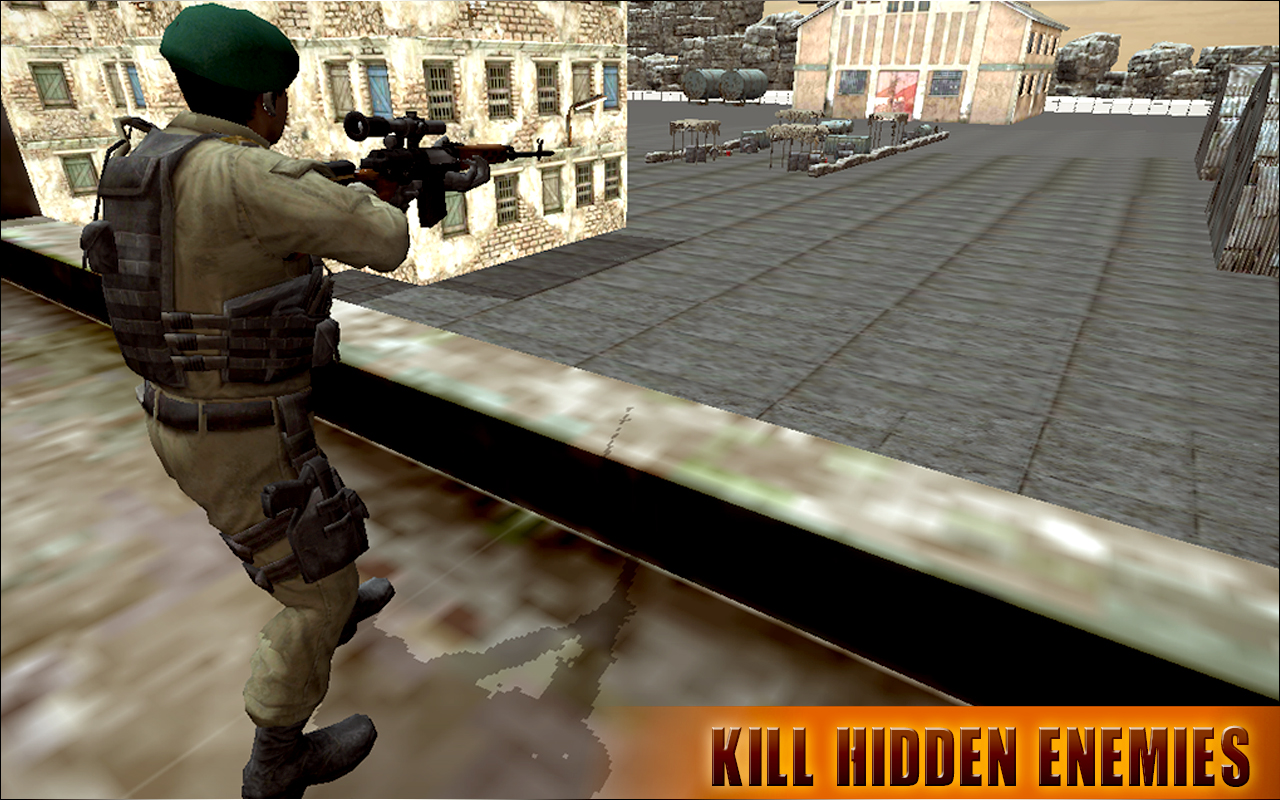 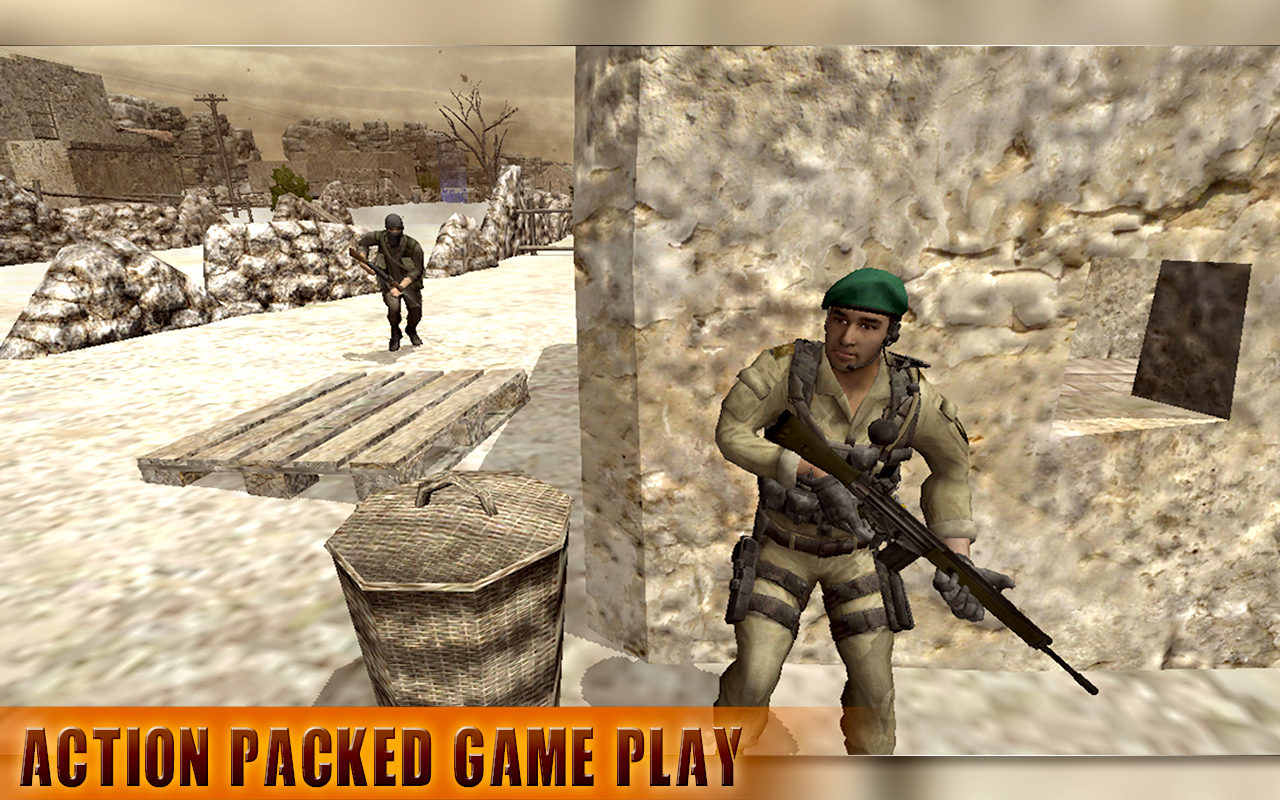 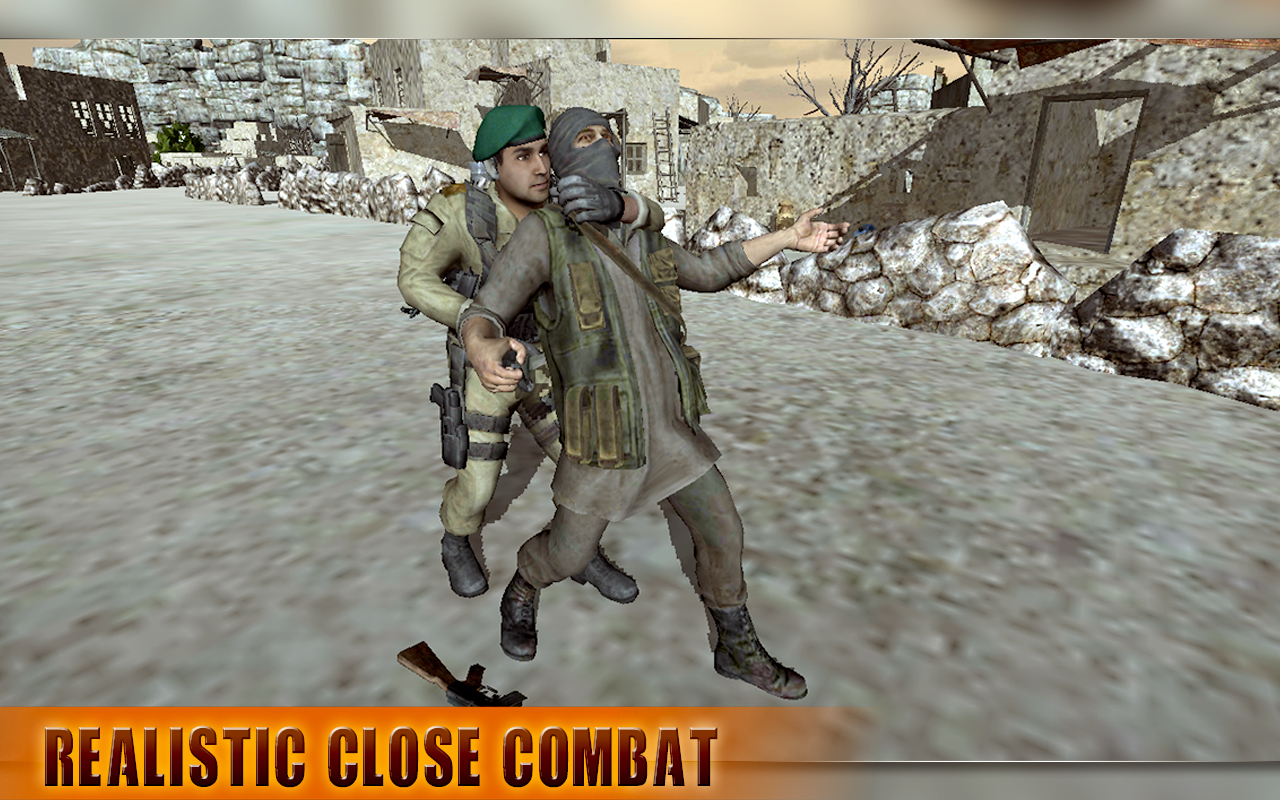 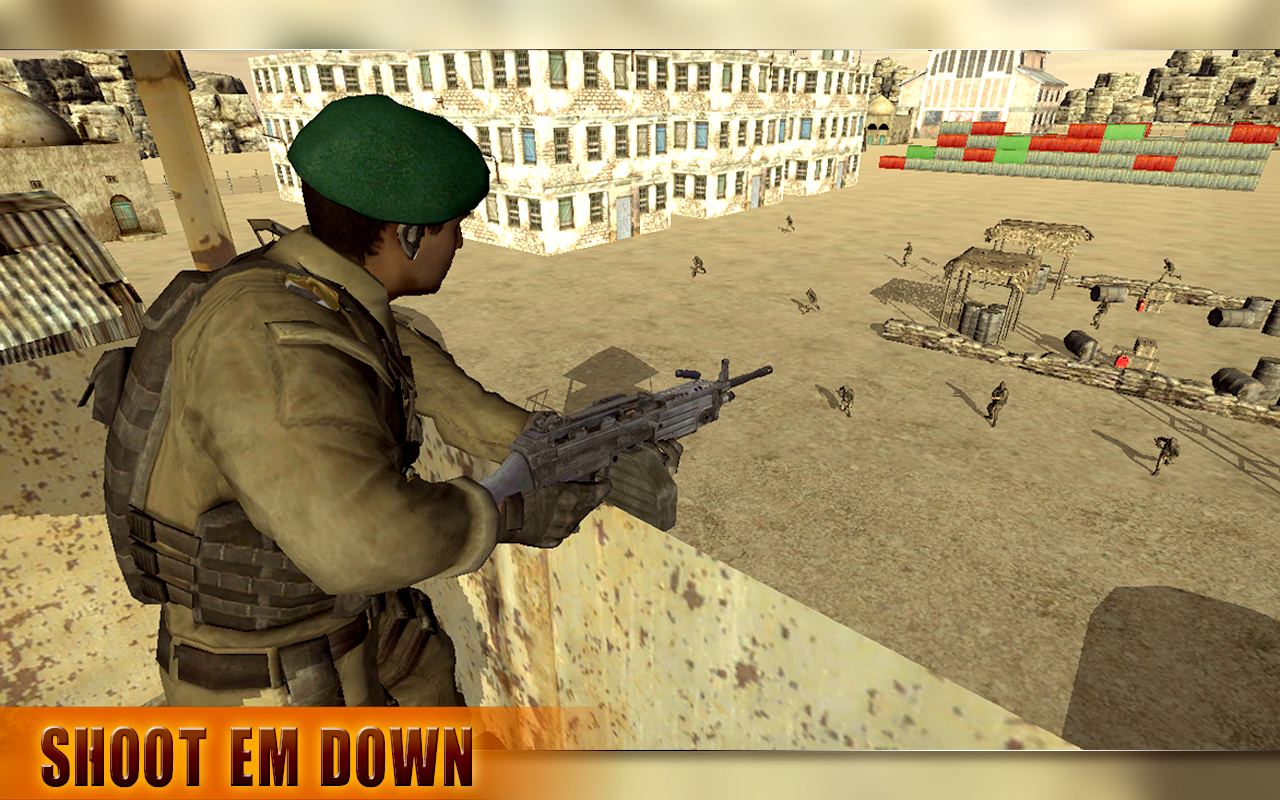 Do you want to be an army death invader for your enemy wave? Than your wait is over!  IGI: Military Commando Shooter is the best action game to experience and complete secret mission. You are a lone wolf in this 3d commando mission’s game to wipe out enemy wave with the brave heart and fire master skills.
In IGI: Military Commando Shooter game you are in a warzone to give your best commando silent killer action. In the result of that you will wipe out each and every threat to your country by acting as a frontline shooter with that brave heart. Ready your assault sniper lone wolf and wipe out your entire enemy in this warzone with those fire master skills you got.
BATTLE FIELDS:
There are 10 levels in this by far best “IGI: Military Commando Shooter” game in which you are fully loaded with deadly weapons, so death invader get yourself prepare for some commando action in warzone. Some fields are as follows:
    Destroy enemy ammo: with that fire master + army shooter skill using the best advance weapons to enjoy 3d commando action.
    Stop enemies to get in your country: So it means you as a lone wolf have to use that assault sniper skills to eliminate you entire enemy wave.
    Capture their base: which requires your commando silent killer 3d action with that dead weapon.
    Hostage Rescue: you need to act as a good soldier with the brave heart to play this rouge game commando missions.
    Save your base: from barracks you need to wipe out that enemy wave because of their mutiny act and best weapon for this is machine gun (FN M249E2 SAW).

ENVIRONMENT    :
You are provided with three different environments to show your action skills. Environments include village in mountain area in which you can be attacked from uphill, dessert and military base.