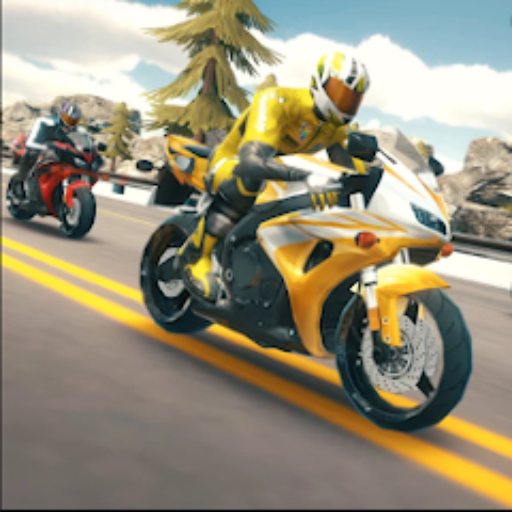 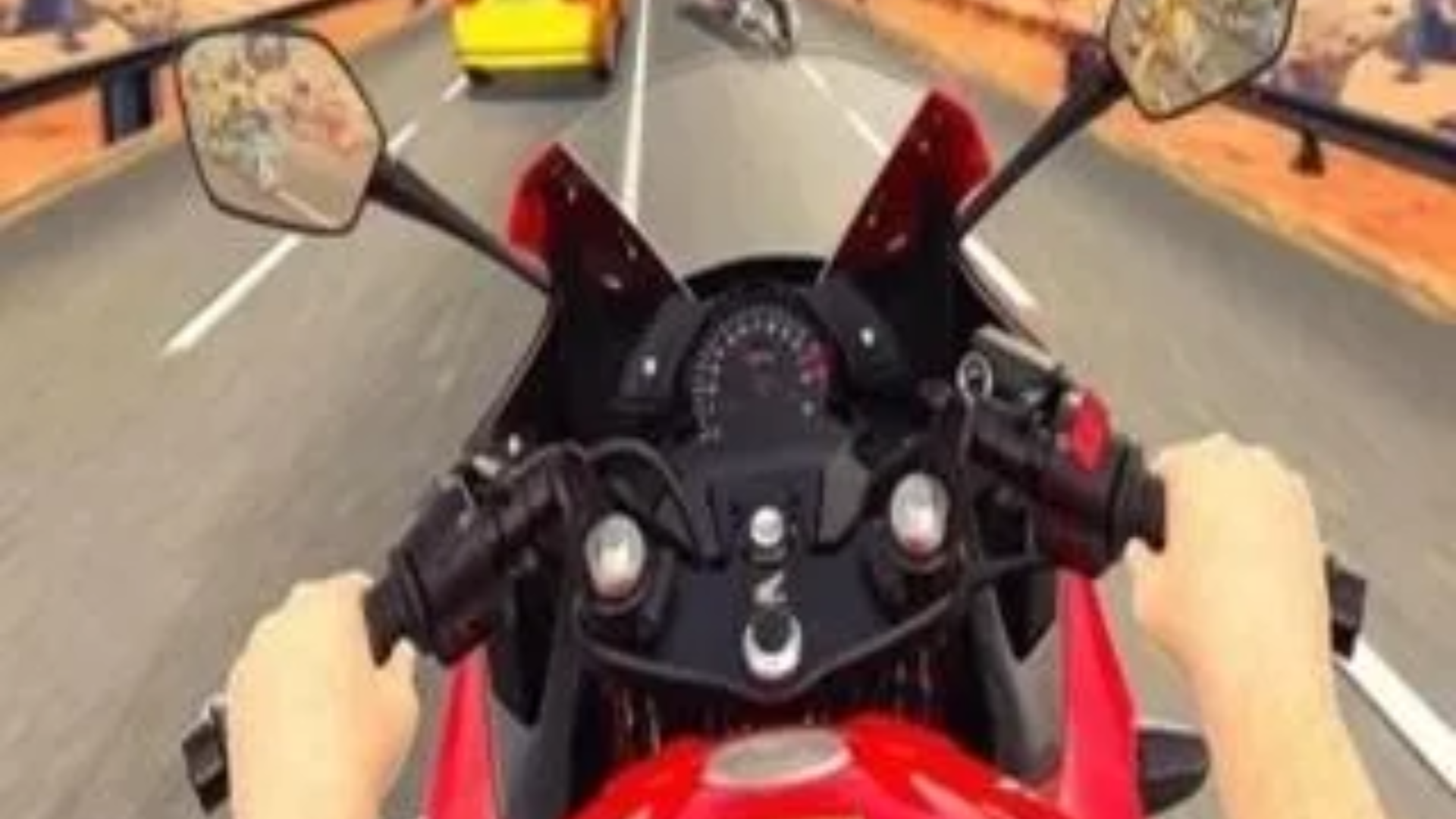 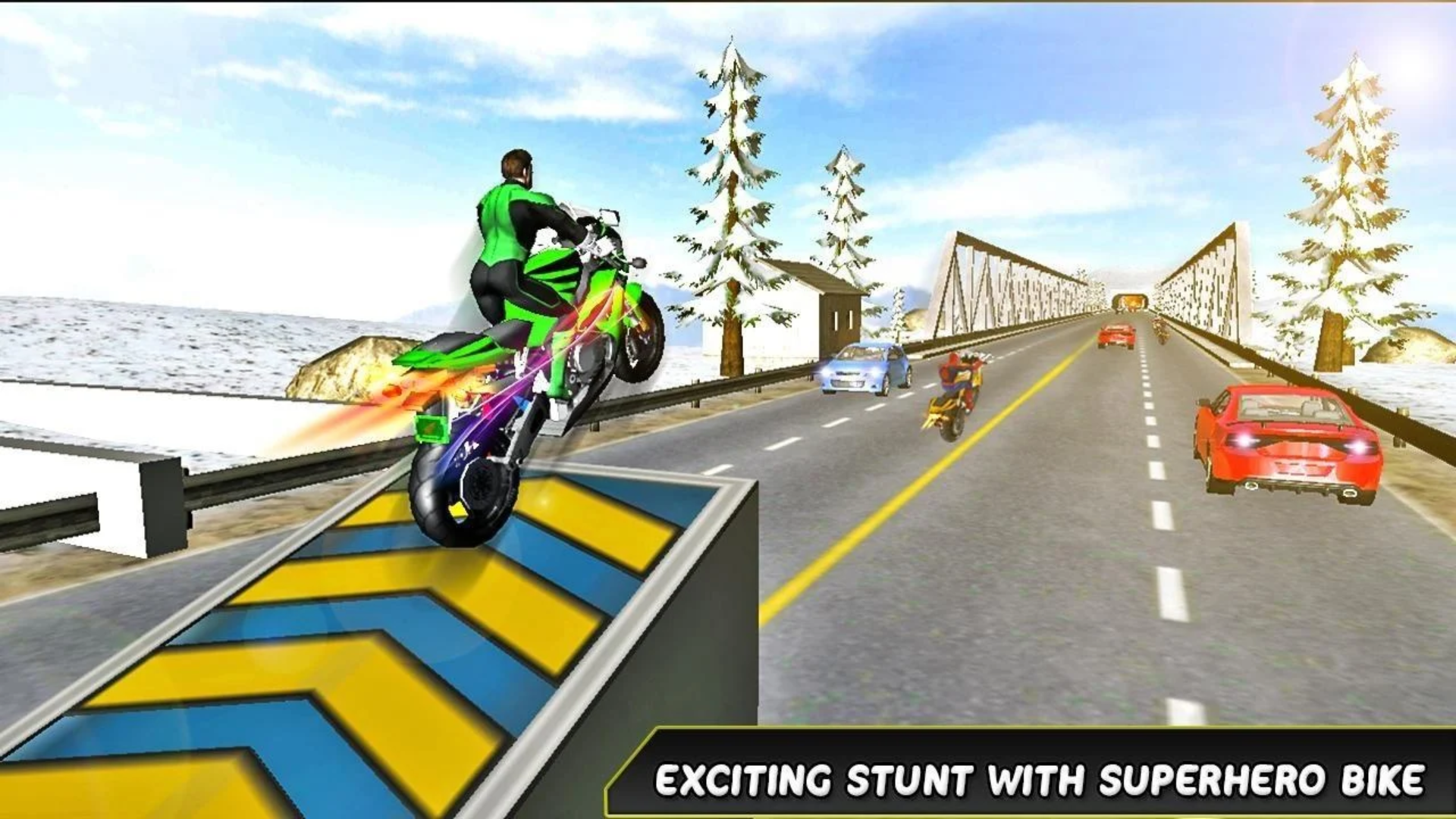 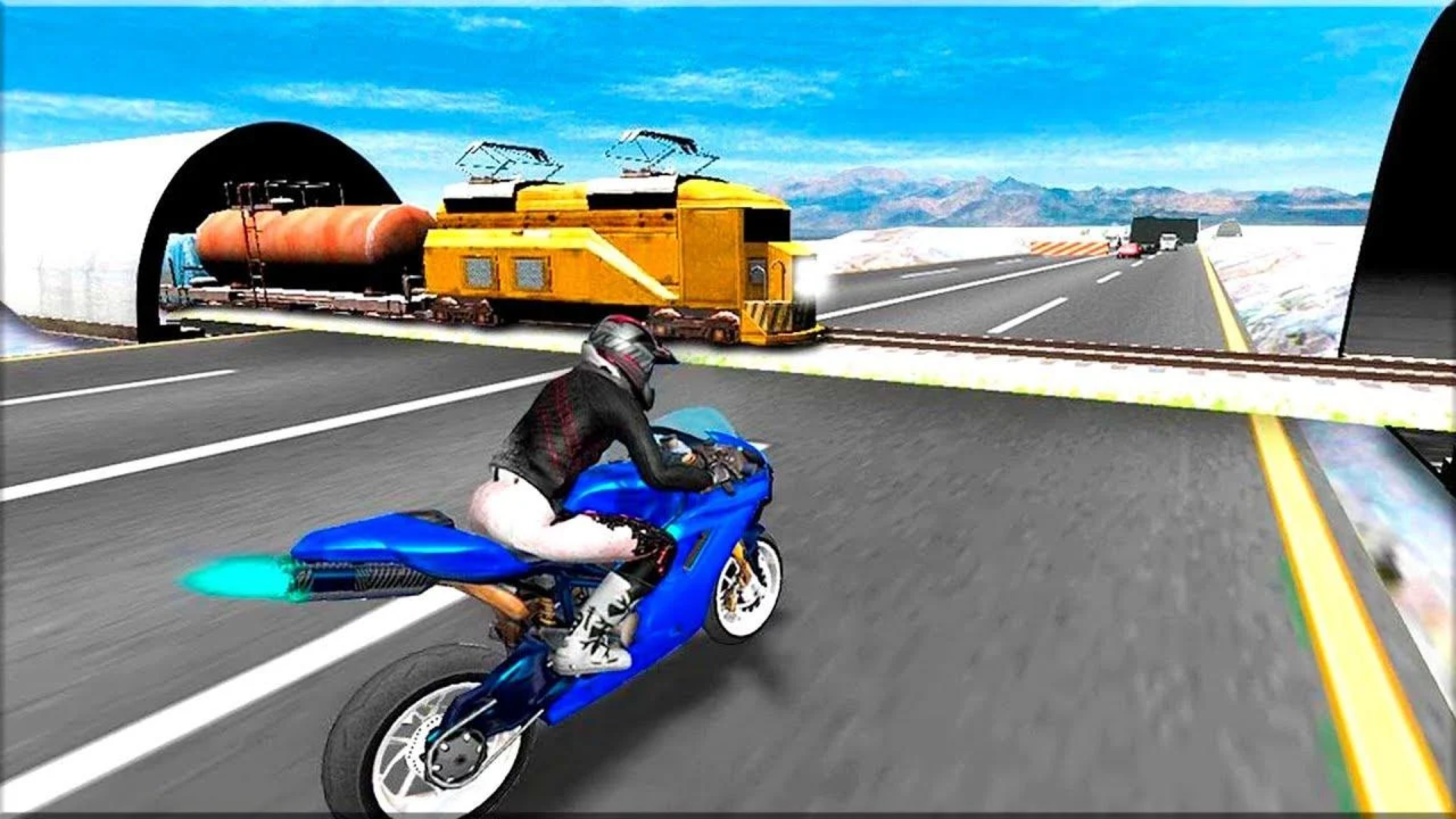 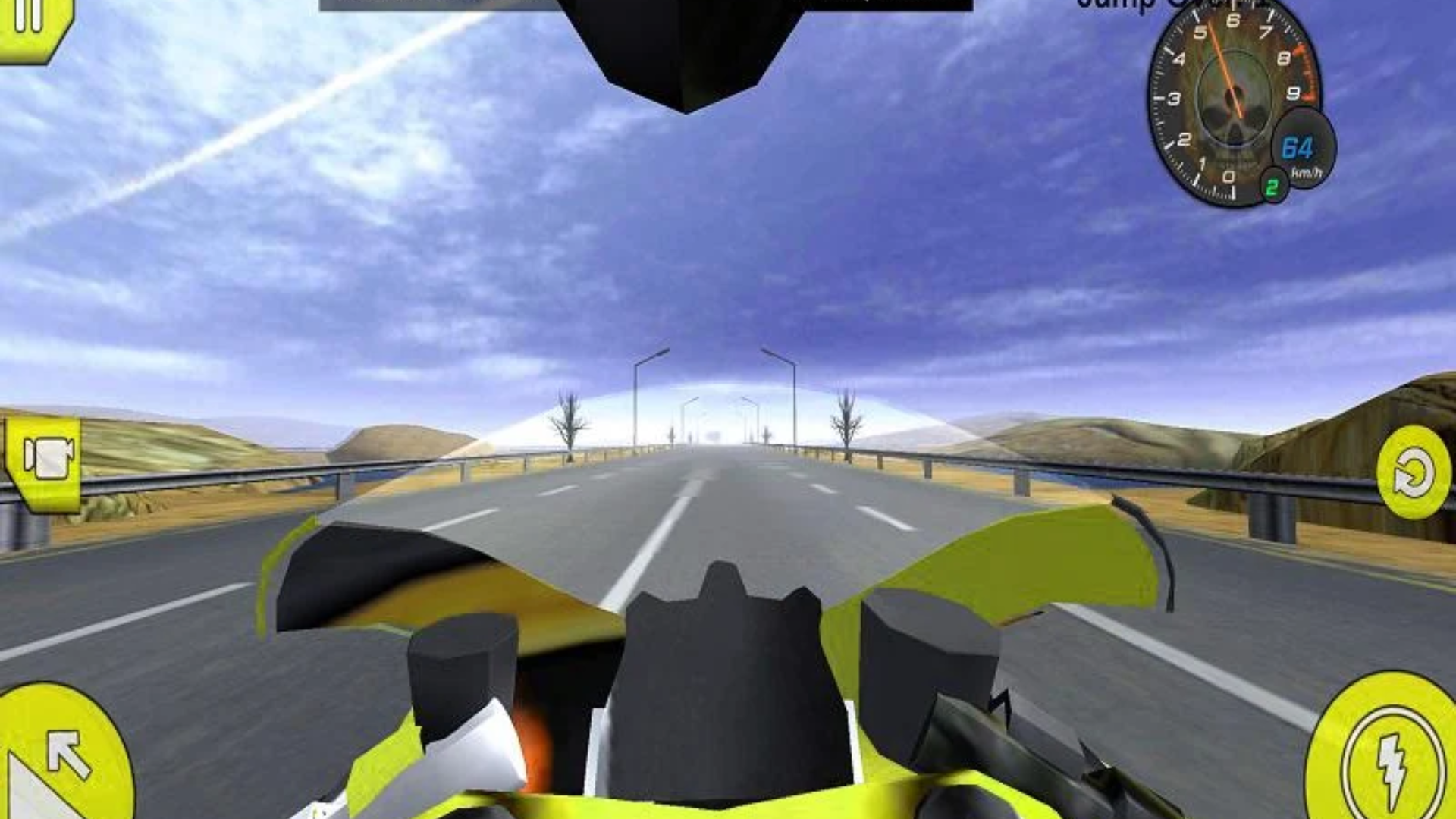 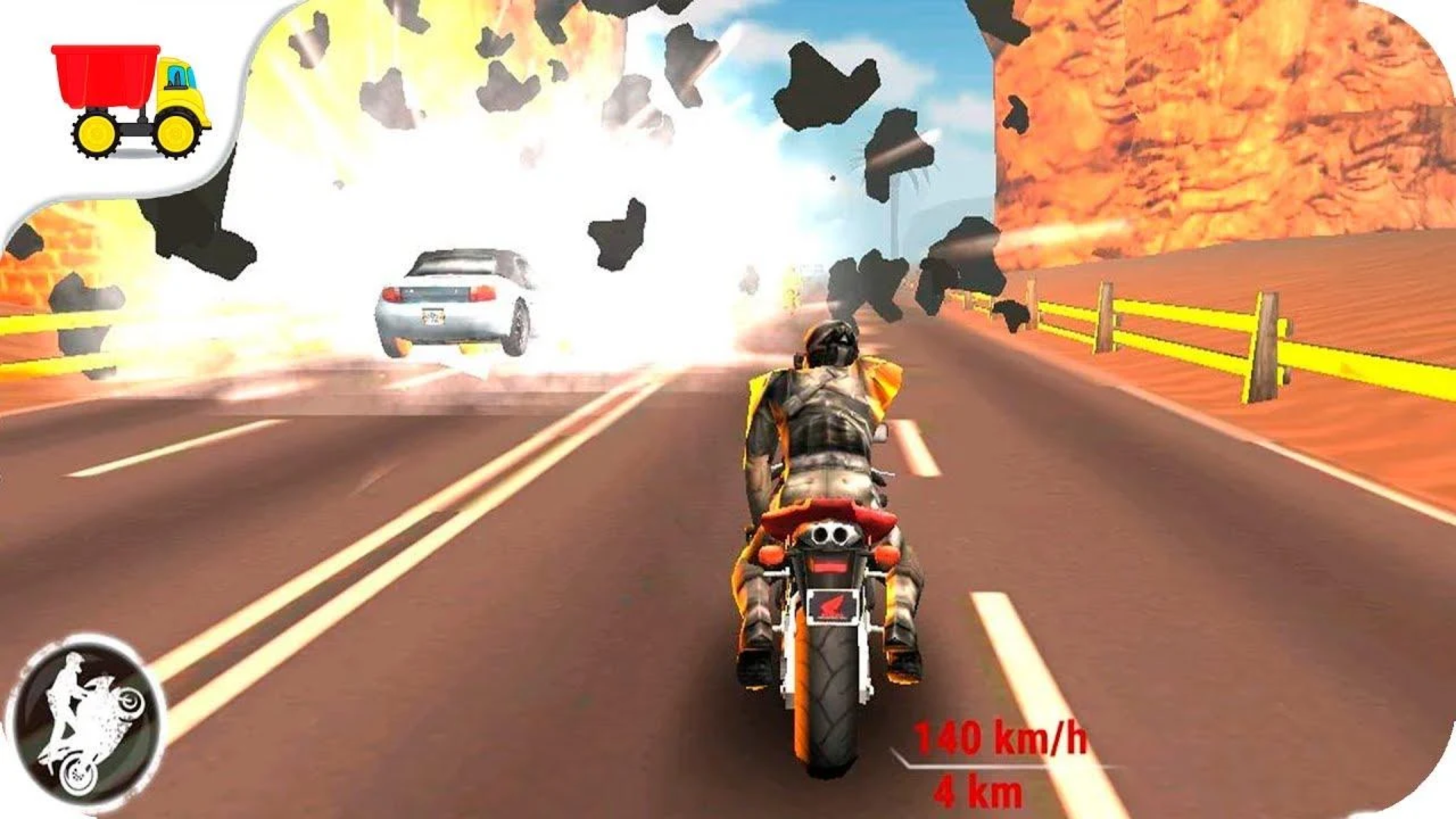 Are you looking for an amazing bike stunt 3D game to sharpen your mind? Do you like motorbike racing games? Can you drive the motorcycle as fast as possible, dodge obstacles, and jump over the train? Let’s download Super 3D Highway bike Stunt: Motorbike Racing Game for free. The perfect racing moto bike stunt game is ready for you now.

Super 3D Highway Bike Stunt: Motorbike Racing Game - Bike Stunt Games Free is highly exciting and super motorcycle game in which there are nonstop bike stunts action in the form of real bike stunts game challenges. Bike stunt game is easy to play as compared to other motorcycle racing games but hard to master. Handle the bike at the wheels of stunt racing motorbike, start the engine of 3d stunt bike and burn the racing ramps with super-fast speed. Race, jump, stunt and drift on impossible tracks and crash the mad bike riders through master bike riding skills. This bike stunt ramp racing game gives you a chance to prove yourself as a most furious bike rider of 2020 and perform some moto bike stunts on impossible tracks.

Super 3D Highway bike Stunt: Motorbike Racing Game is a unique bike stunt simulator game where you can show your motorcycle freestyle and driving skills by jumping over the ramps in a huge area filled with obstacles and challenges. Be a bike stunt tricks master, take your bike on the highway, drive as fast as you can, dodge obstacles and traffic, and get the highest score. You’re going to love our real motorbike stunt extreme game. This bike stunt game is not easy to play, first play the initial level of this bike riding game for hours to trigger your bike riding skills, when you have enough experience to handle the speed of motorbike on high tracks then try the next levels one by one. Every level of this bike racing game is unique and more difficult from previous one.
Super 3D Highway bike Stunt: Motorbike Racing Game provides a high-quality 3D world full of obstacles, realistic engine sounds, different missions and challenges, and hundreds of challenging levels for an amazing experience. Simply till your device to move left and right, use the nitro to speed up, and race on the roads or perform stunts on the huge ramps as a professional biker.

Motorbike racing game and Highway bike racing or Highway bike race games are addictive and are very effective to kill time. Play these lockdown games and become a Racing moto bike stunt game Pro master. One of the best Free motorcycle games and Real Motorbike stunt games available on Net today. You get to show your Bike Driving skills and save yourself and your bike from huge ramps in this Ramp bike game.