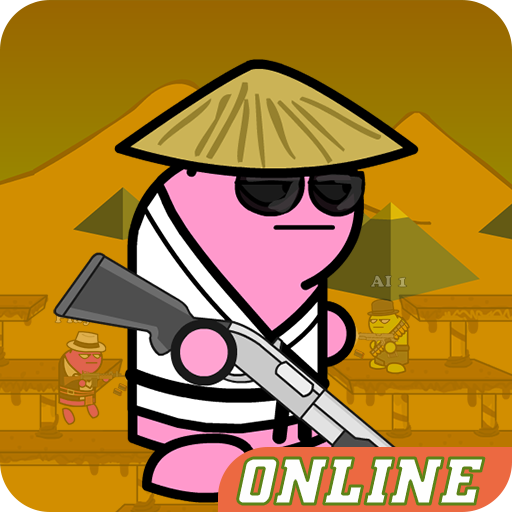 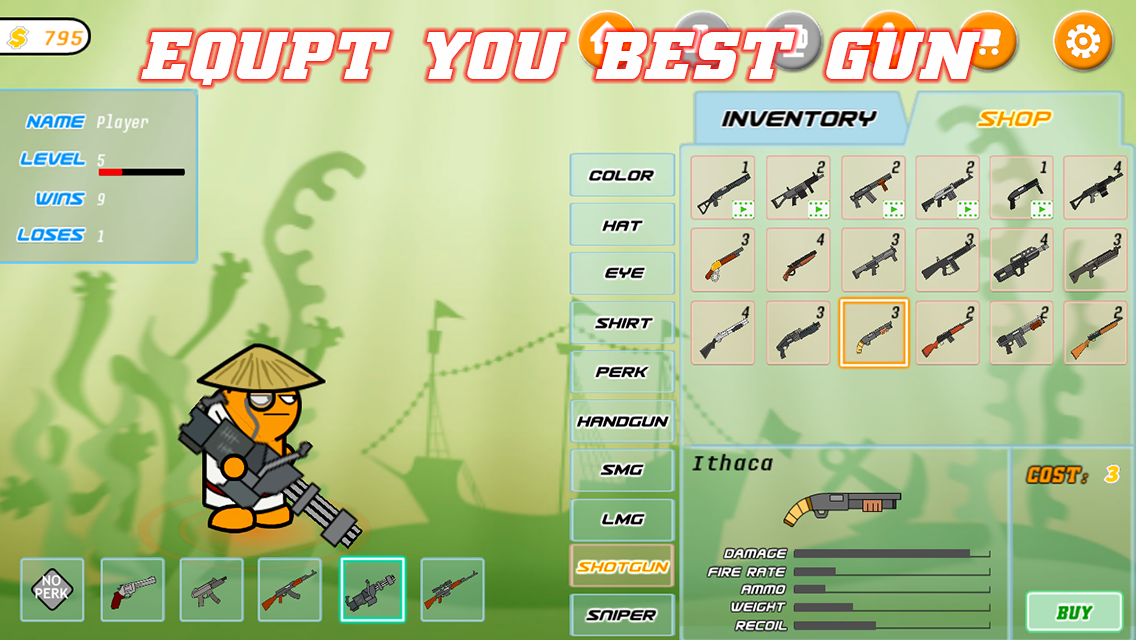 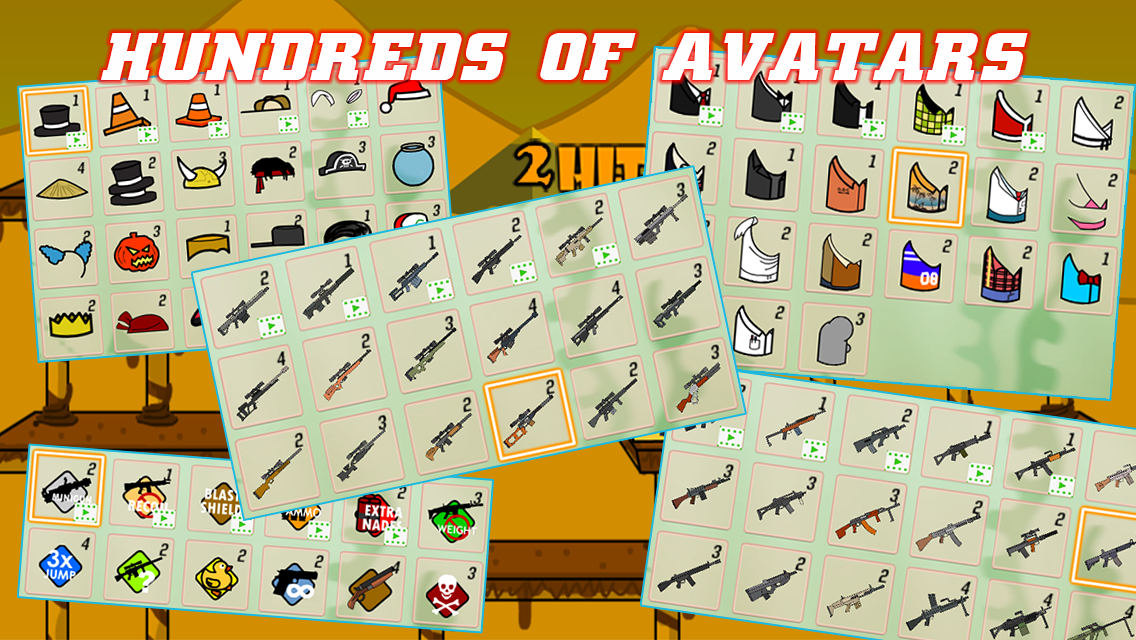 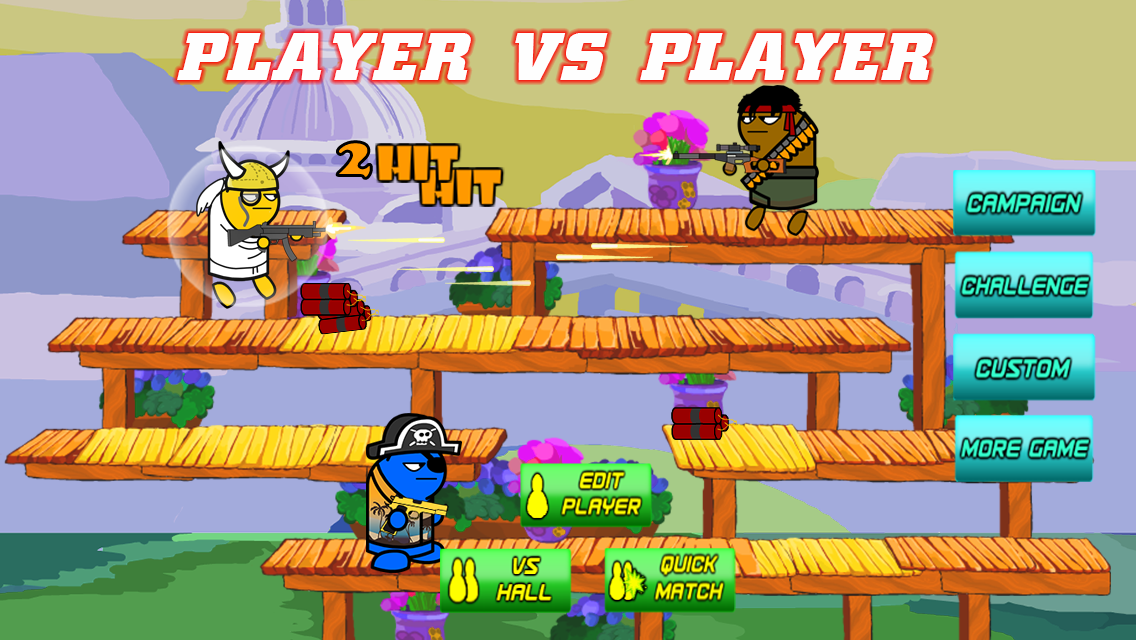 Finally, The Online mode is coming. Now you can fight with your friend or fight a higher ranking in this stick gun shooting game.

In this online version. besides the online feature, we also make some changes:

1. There is a "Edit player" menu. you can make an avatar more easier, since all the hats, faces, shirts and guns are equipped in the same menu.

2. There are tow online mode, Quick match will search an online player, You can also create a room this the vs hall, and invite your friend battle with you.

3. Now you can equip 5 guns at most. one handgun, LMG, SMG, shotgun and one sniper. And you can switch the gun in the battle

4. We add an upgrade system, It's very simple right now. Each time you kill an enemy, you will gain one xp point.And you will gain coin when level up

5. There is a chance to gain coin after the fight. If you win the battle, you are more likely to got coin.

6. All the items can be unlocked by watch reward video, they are sorted by price. Some weapon may be locked by player level.

7. All the single player feature are kept, You can fight the campaign, make a challenge or make a custom game. But the experience may be different from the original game, since now you can equip guns.

8. The achievement system and ranking is planed but not implemented in this version. We will add them in the future version.

We make a big effort to make this online version, this is the first version, There may be some bugs and network problem.Please be patient and give us feedback, we will keep improve this gun game. Thanks for your patient for waiting.

Gun Fight is stickman shooting game. The major is shooting the enemies off the small arena map enough time to progress. There are dozens of levels for you to challenge.In this major action arena ,your gun, your glory. You can customize the hat, face, shirt and color, there are hundreds of avatars for you to choose.