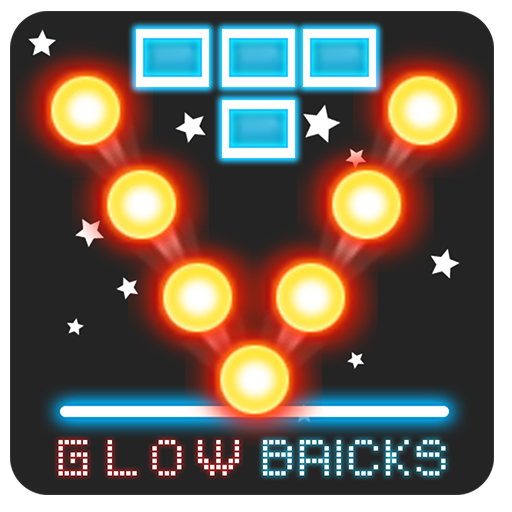 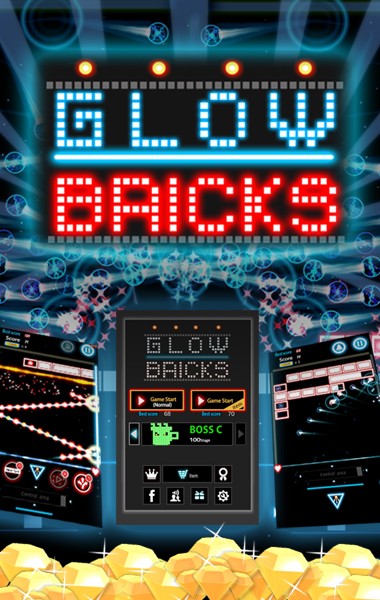 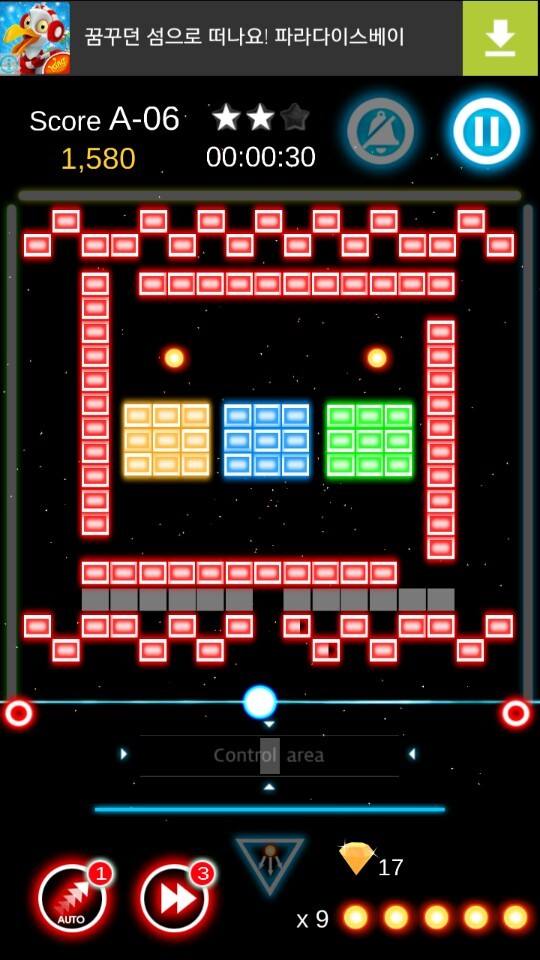 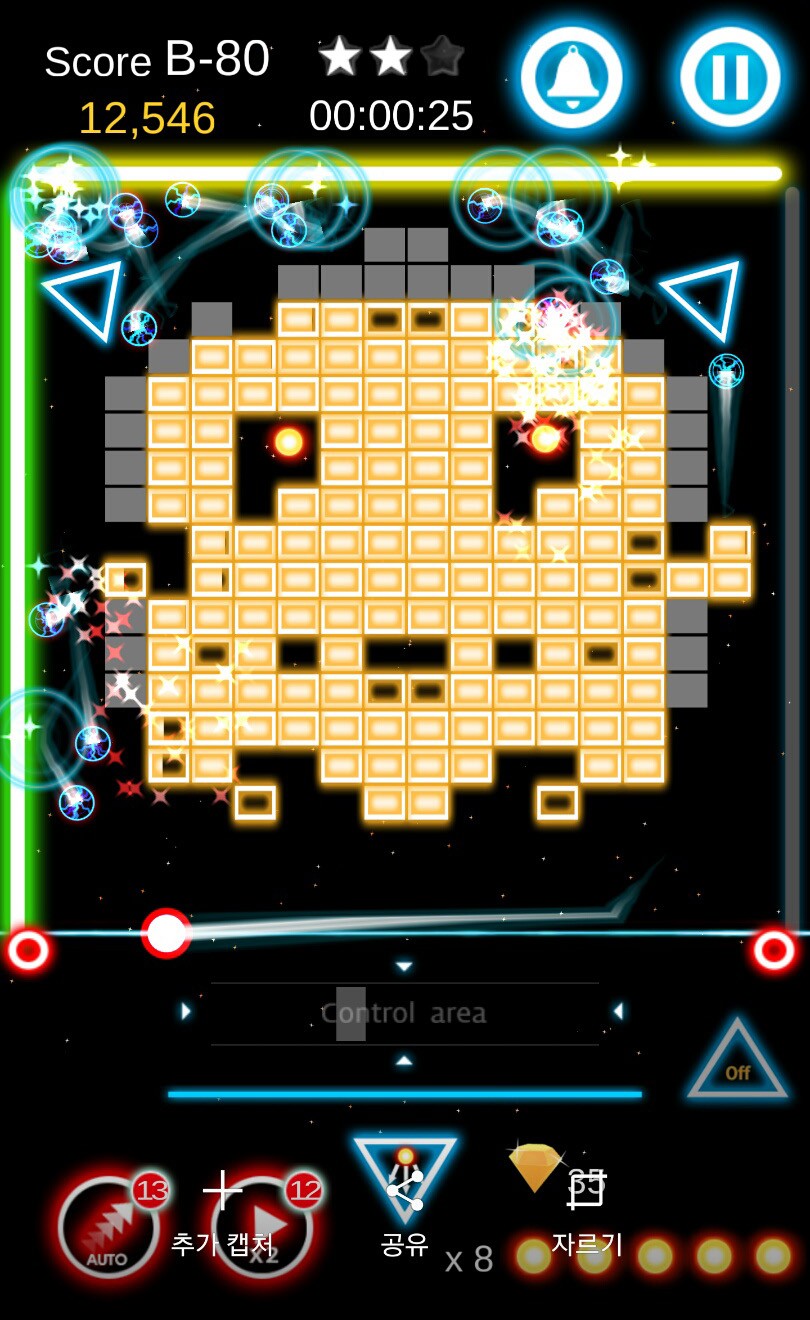 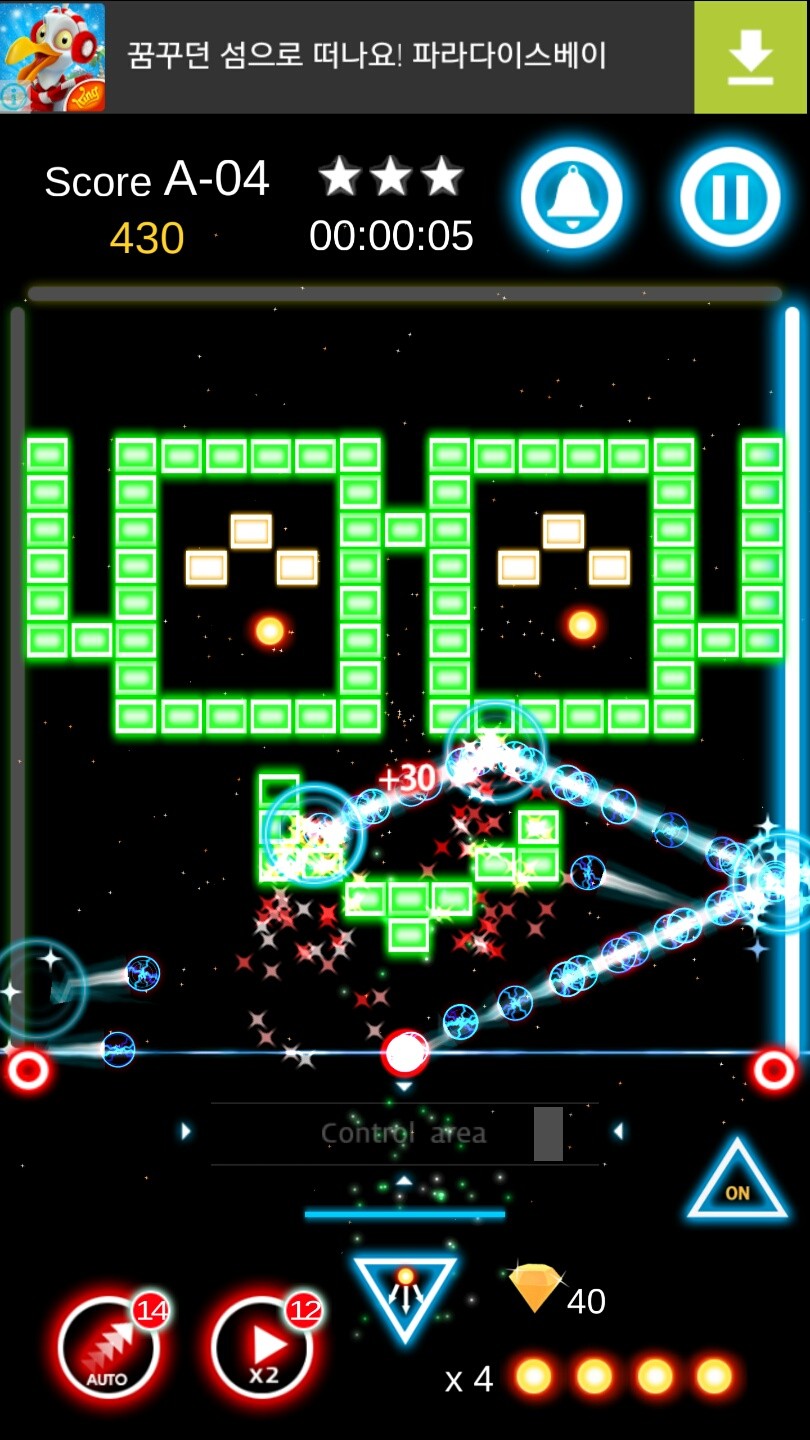 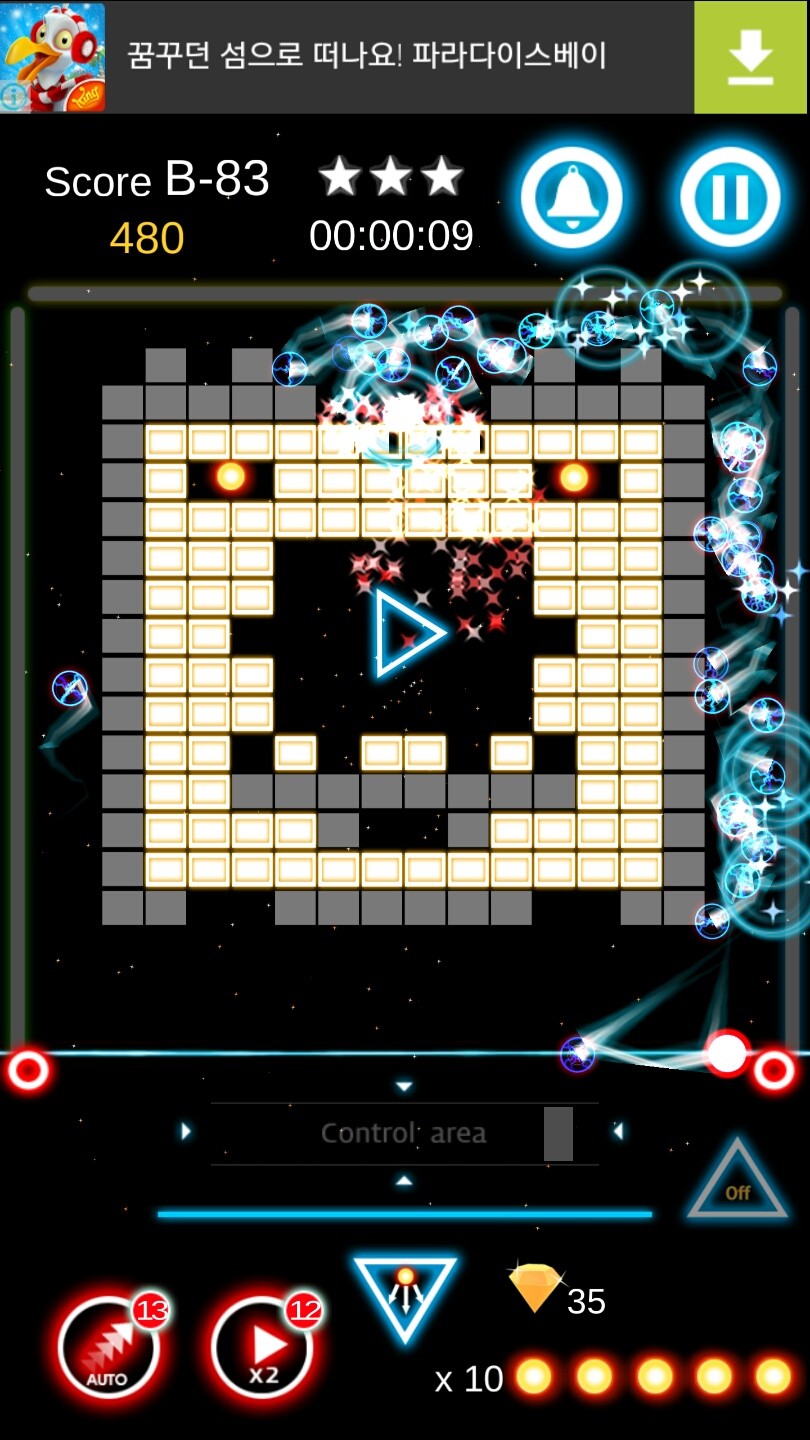 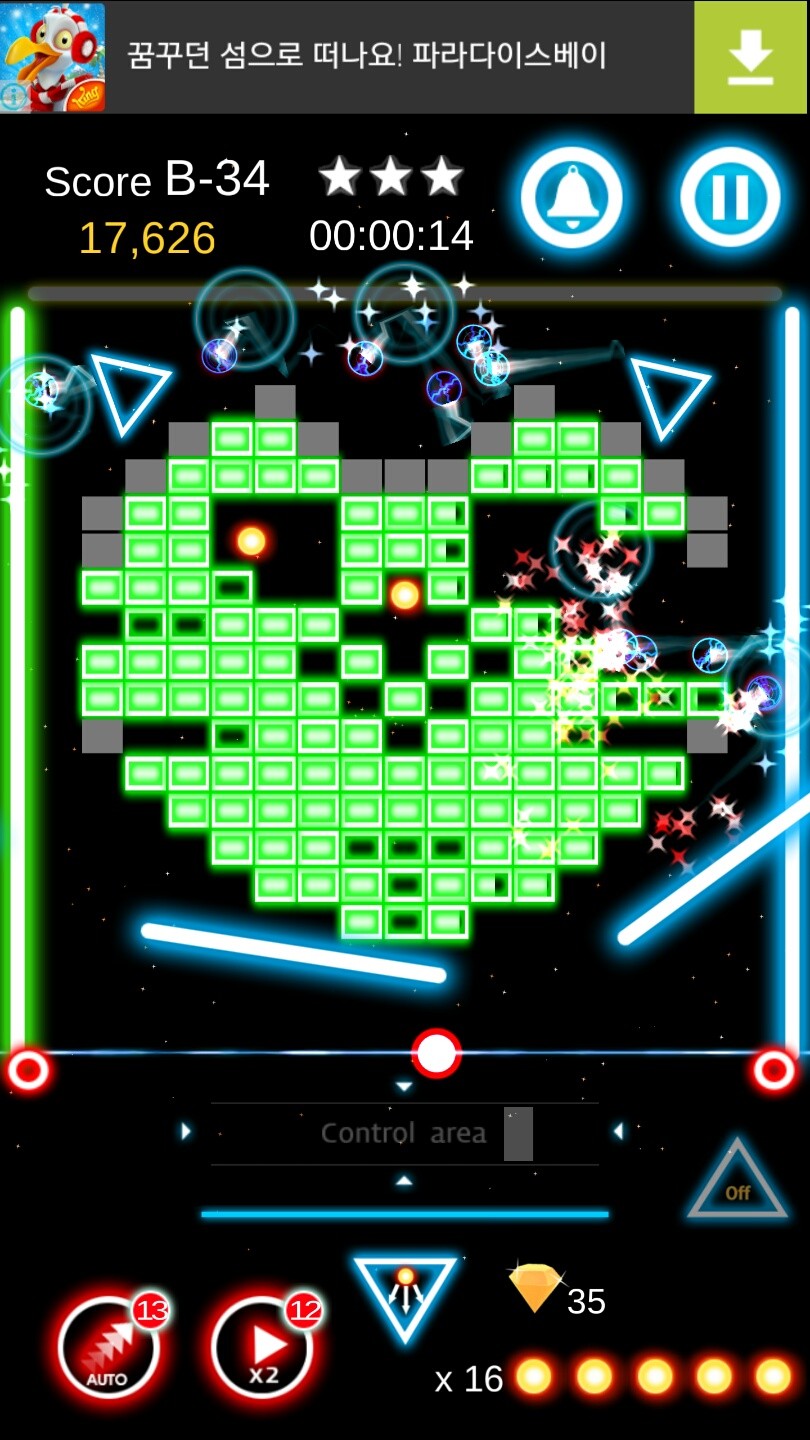 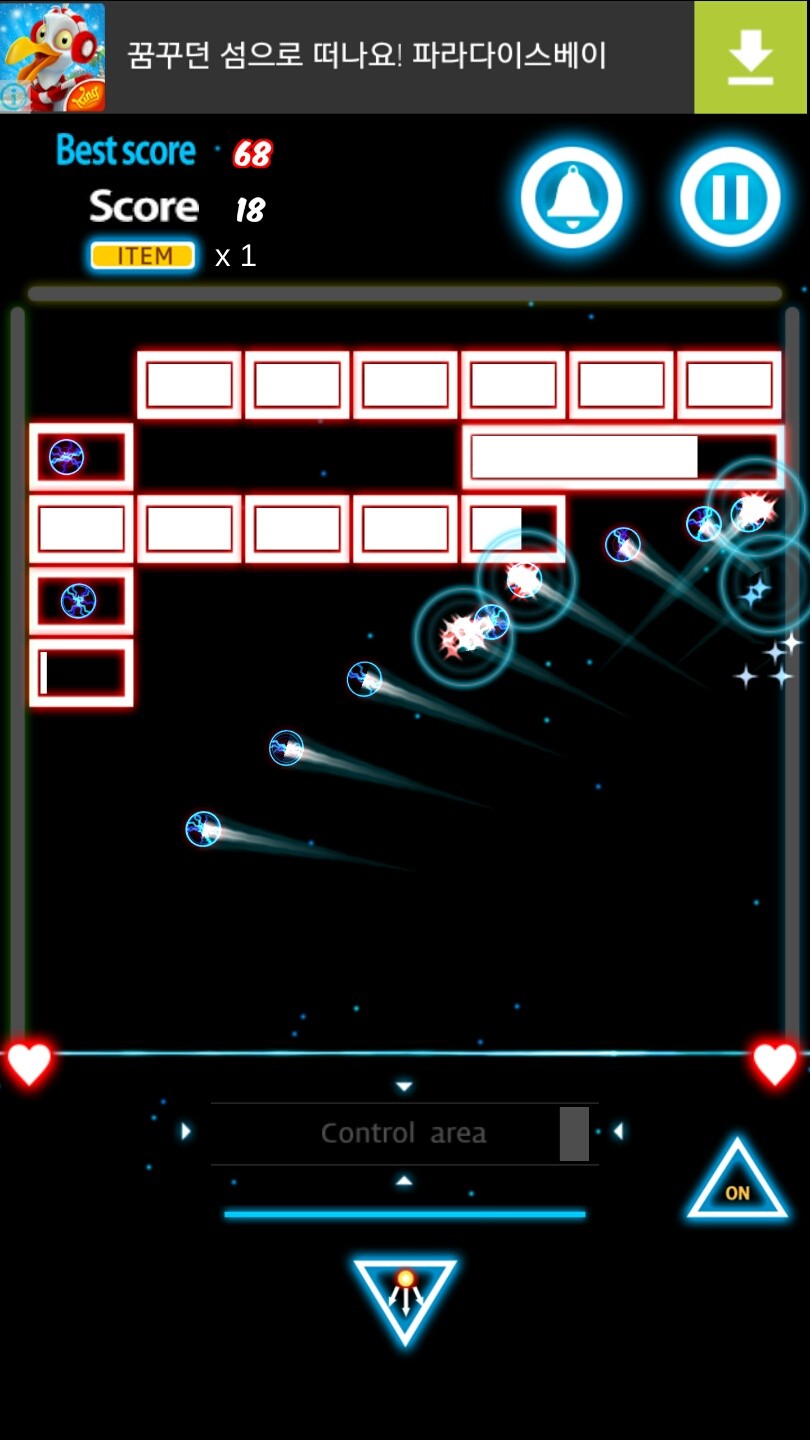 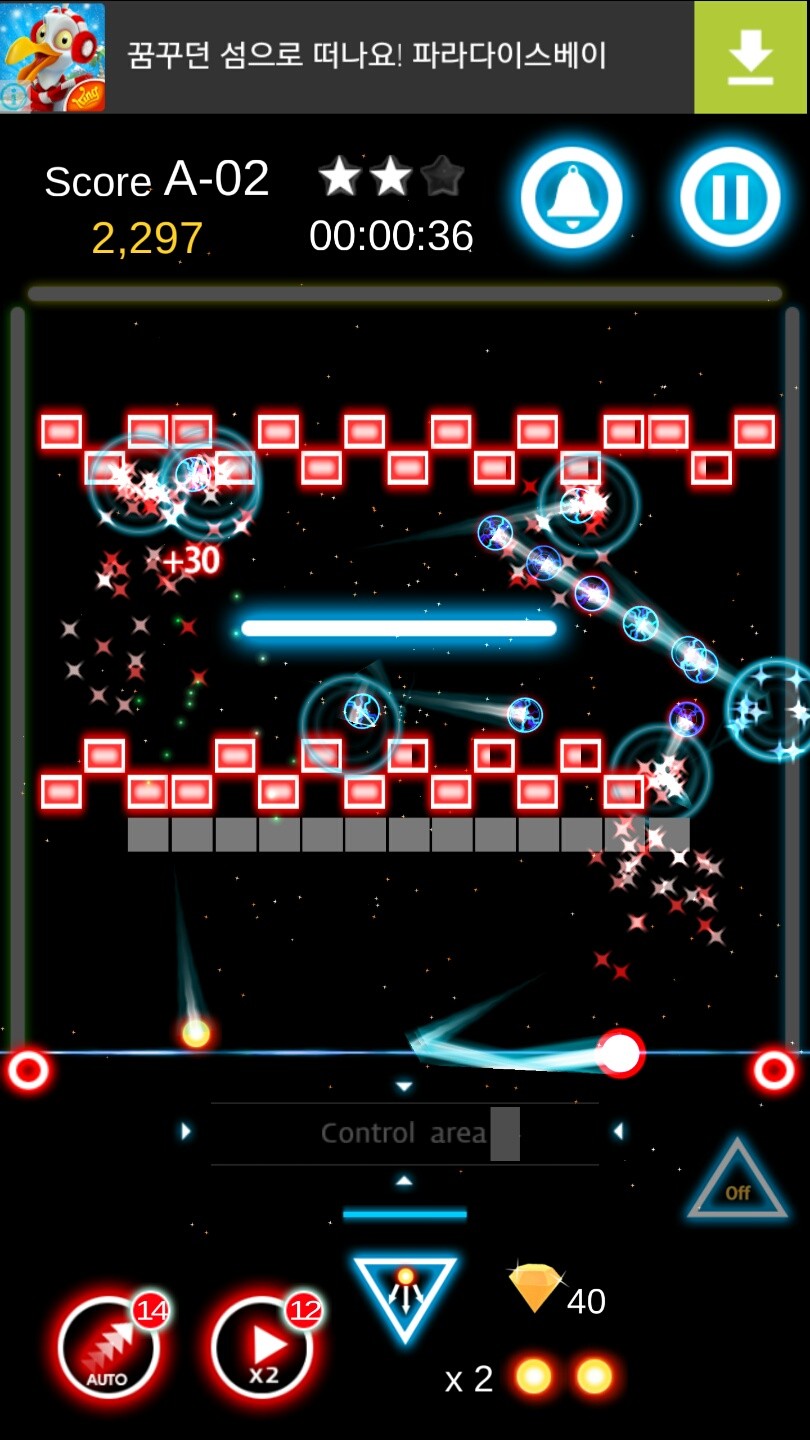 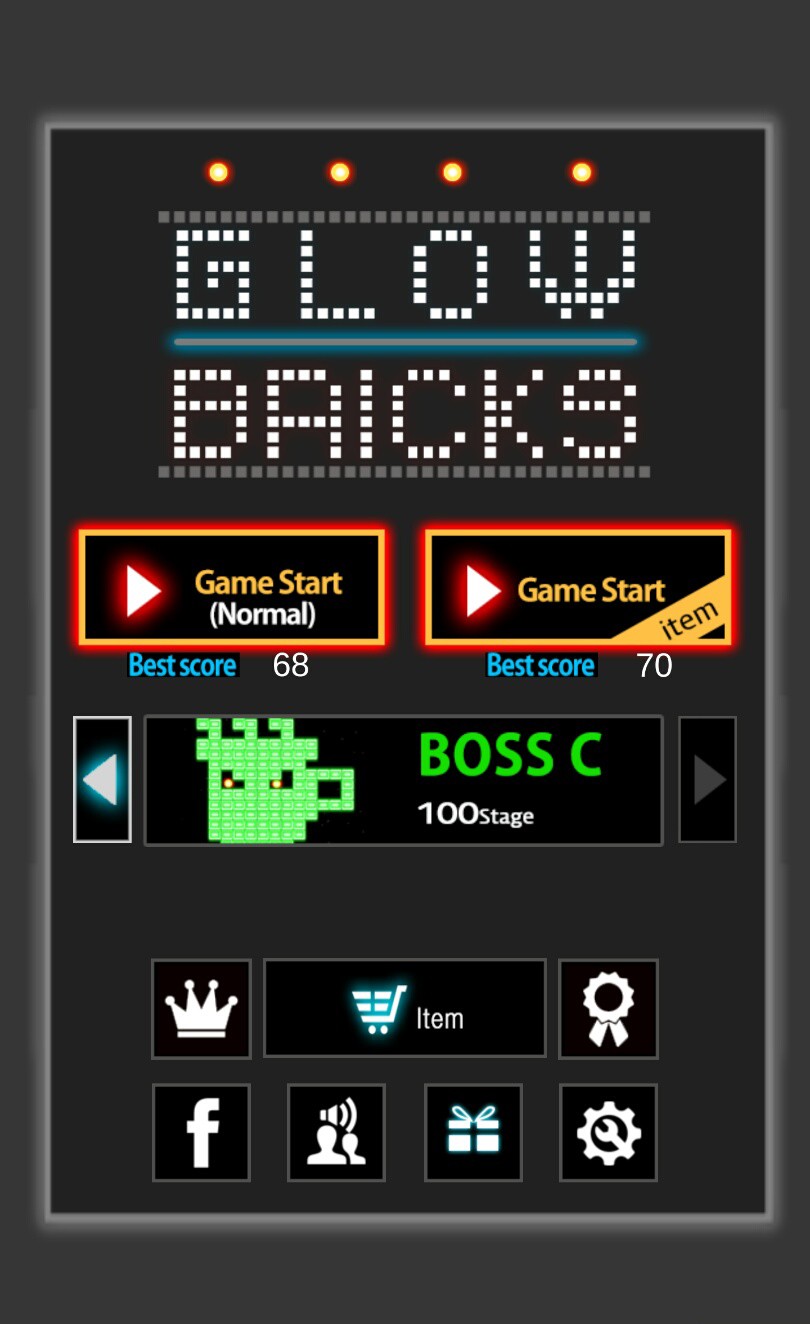 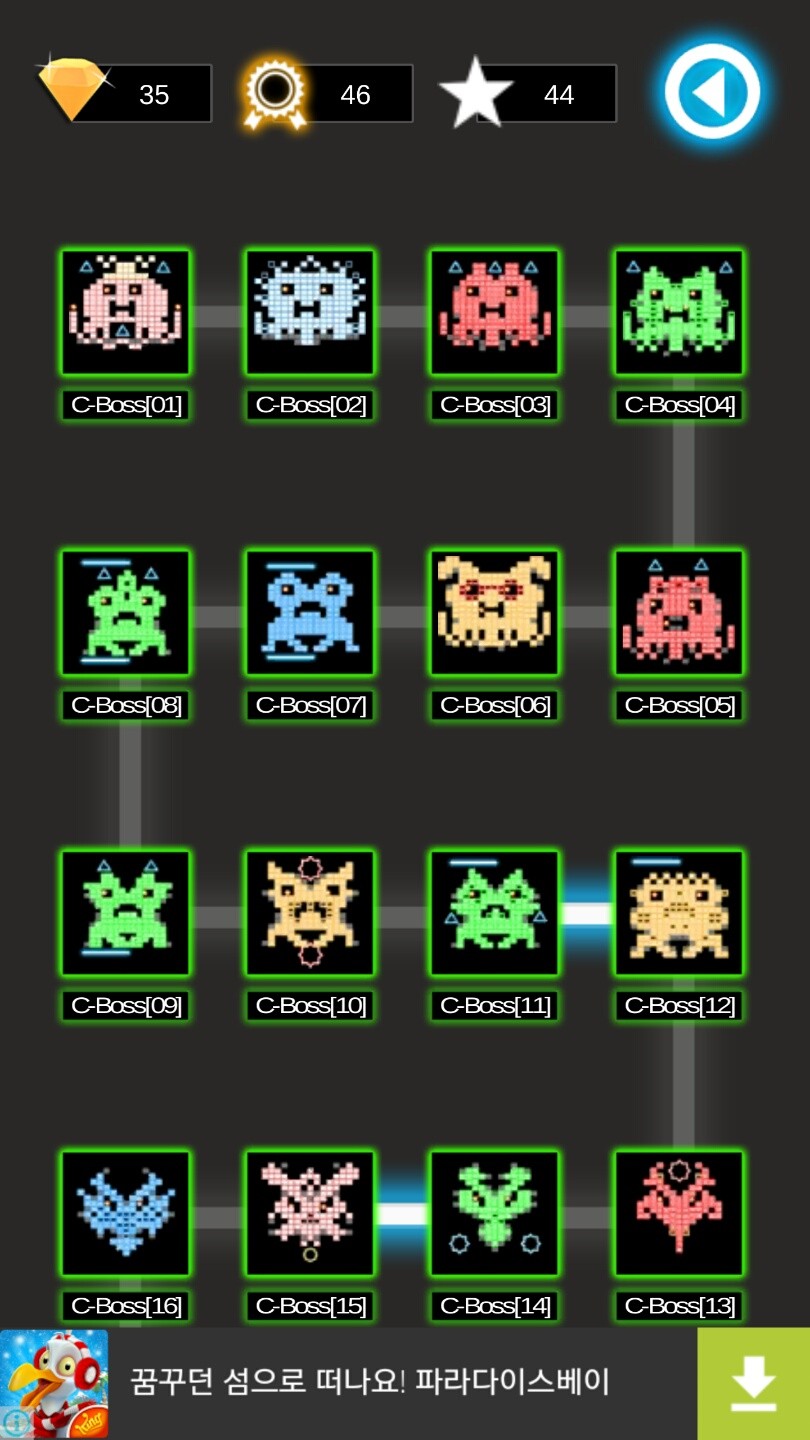 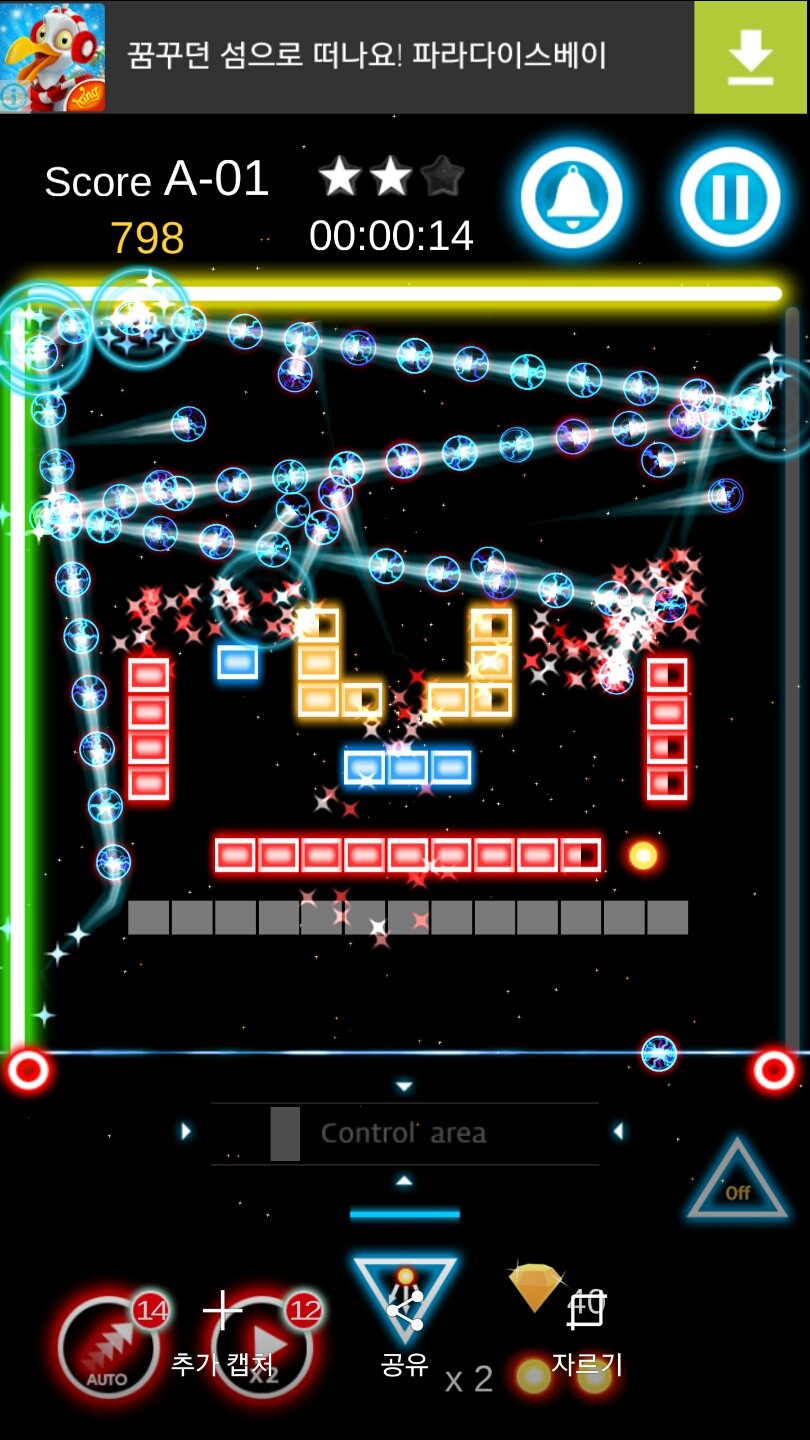 Since Glowbricks released recently is low capacity of 30MB, it can be played in low speed internet , and the contents capacity of presentations, items and the number of stages is remarkable.

Especially, the nostalgia for Star Wars and the design like fireworks will attract foreign users. Also, we are looking forward to achievements in not only domestic but overseas markets through hitting sense which are not likely to get in casual games and splendid presentations.

In the boss battle, you should get rid of every block in your chance. You can gather stars through one shot clear and if finishing the game in short time. You are able to gain characters with stars and badges
The characters are rare items because you cannot buy them.