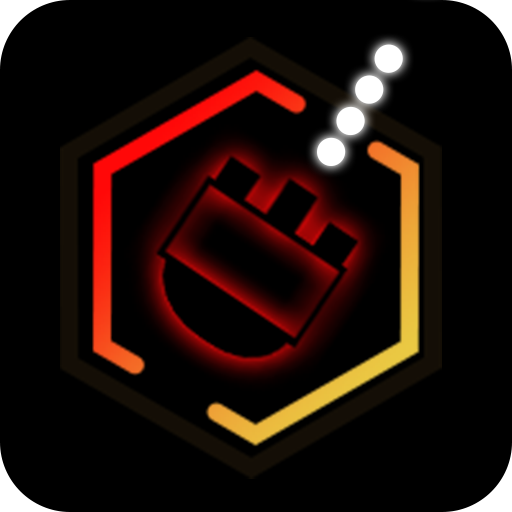 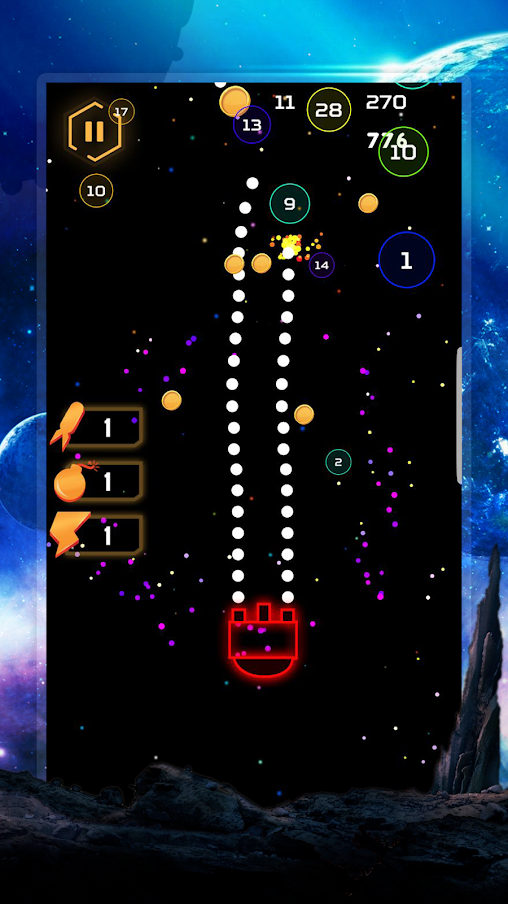 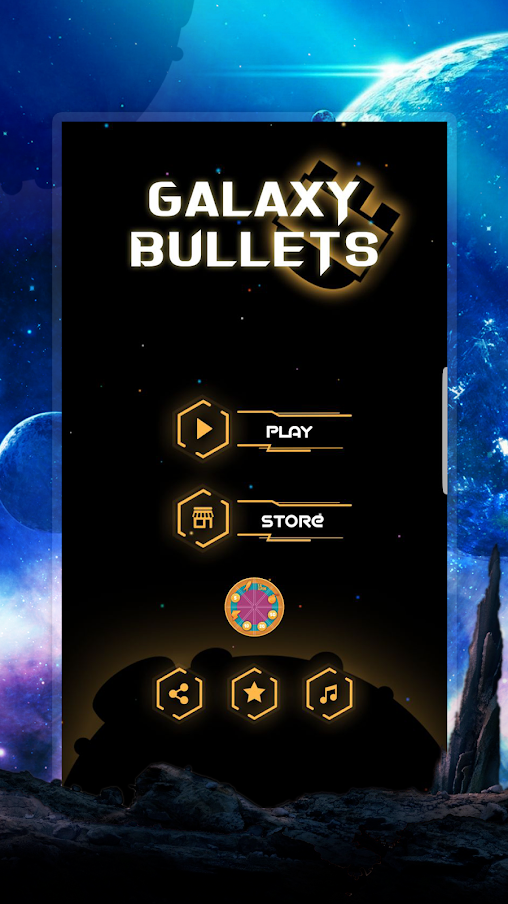 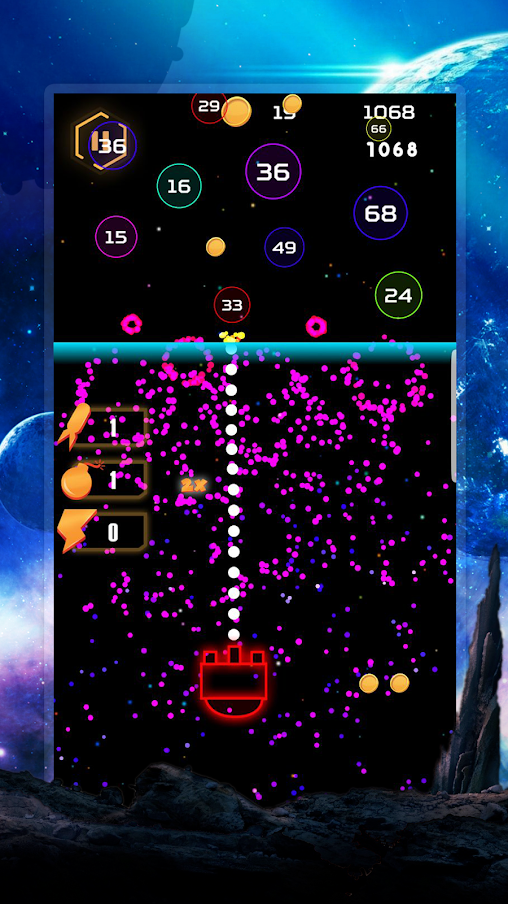 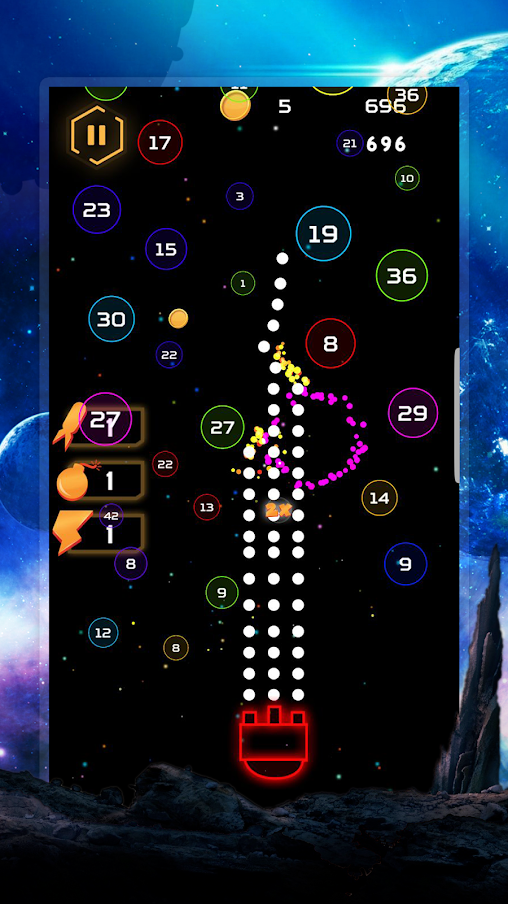 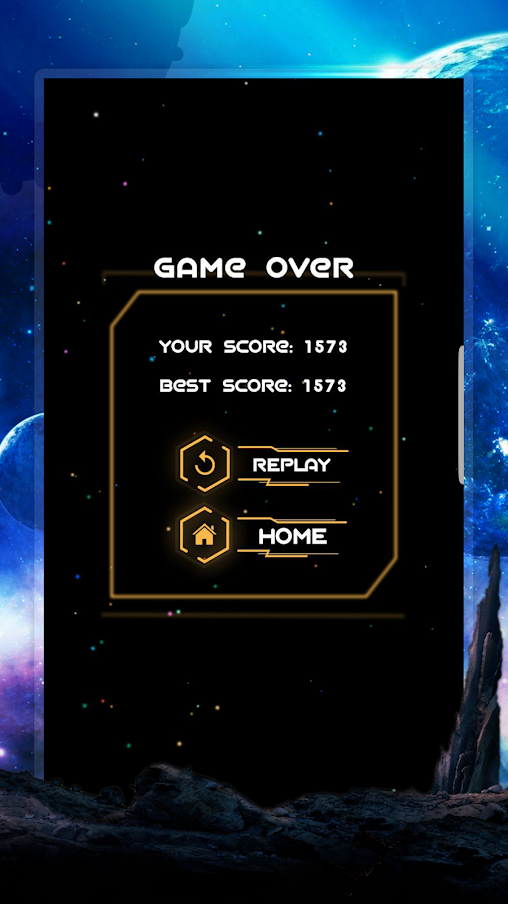 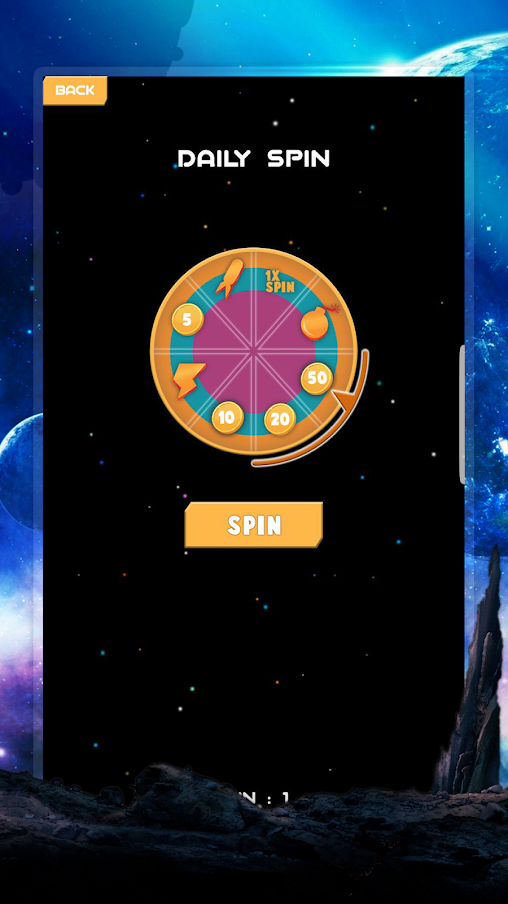 There is a Galaxy Bullets and all different aged meteors are falling. The frequency goes on increasing as you counter Bullets with your Space Shooter. Plan and strategize how you’ll use the Space Shooter to save the Galaxy from Bullets.

Powers of Galaxy Bullets:
Coin collection in space.
2X 3X boosters to multiply the number of your shooters on Space Shooter
Don’t forget to collect the super powers

Super Powers of Galaxy Bullets:
Rocket Launcher: Destroys the meteors in the vicinity of rocket.
Bomb Shooter: Activates the shooter radially, all around the bomb
Turbo Power: Destroys all the meteors in space by its lightning streak


The galaxy is infinite. See how long can you survive and beat your own highest scores. Do not forget to collect coins and powers or super powers coming on your way.

Get rewards in form of coins or super powers from the Lucky Daily Spinner. Test your luck every 24 hours.

Buy Super Powers to beat your scores using the coins.
You can purchase more coins from the store.