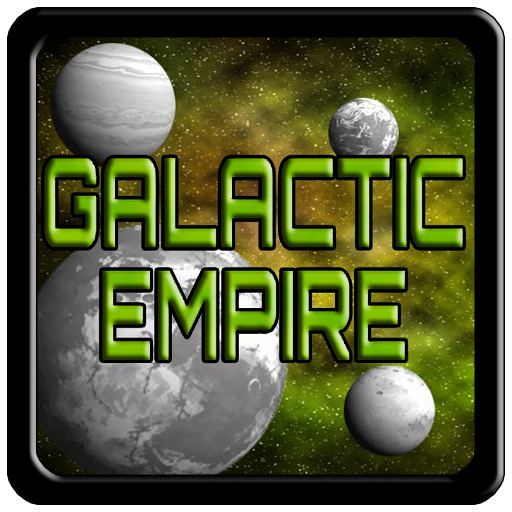 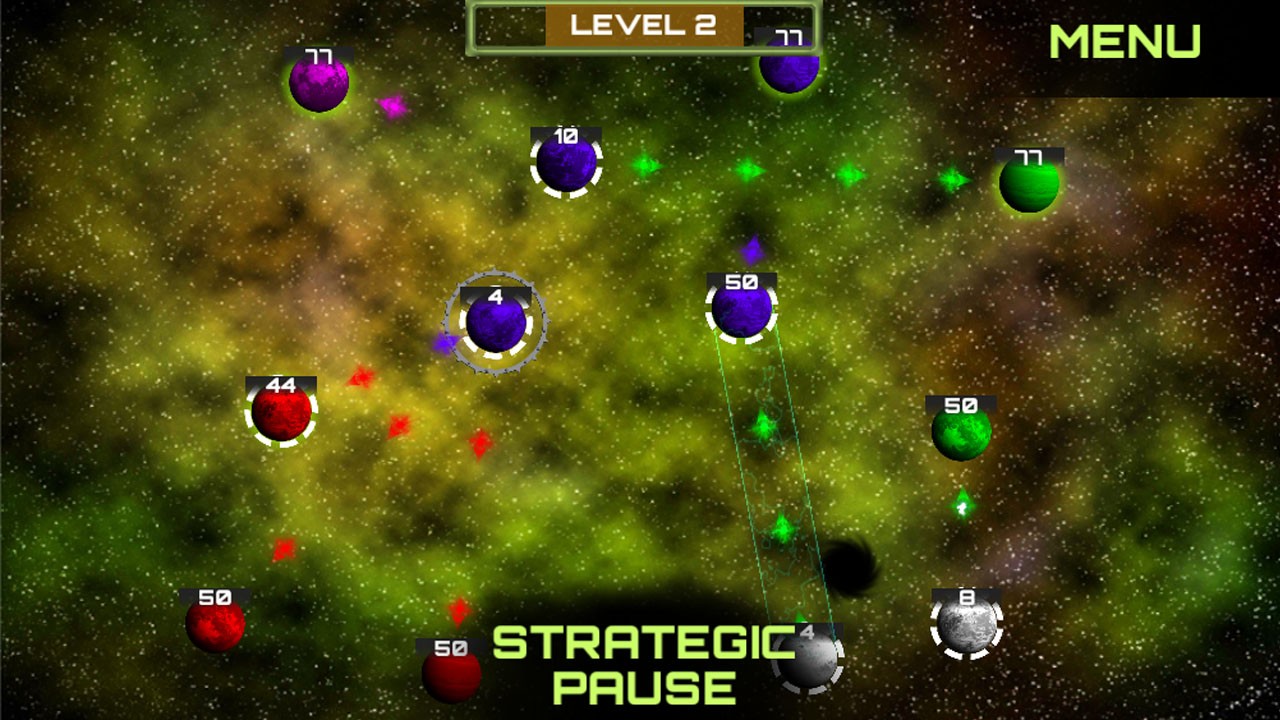 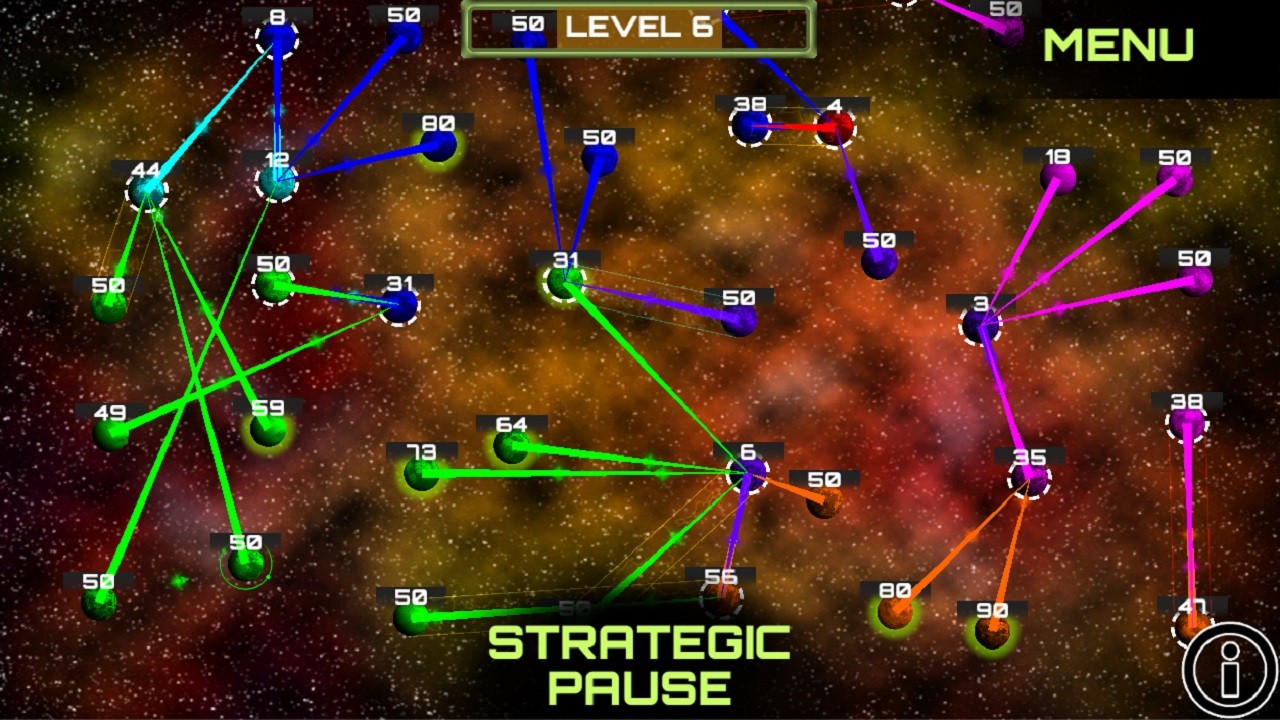 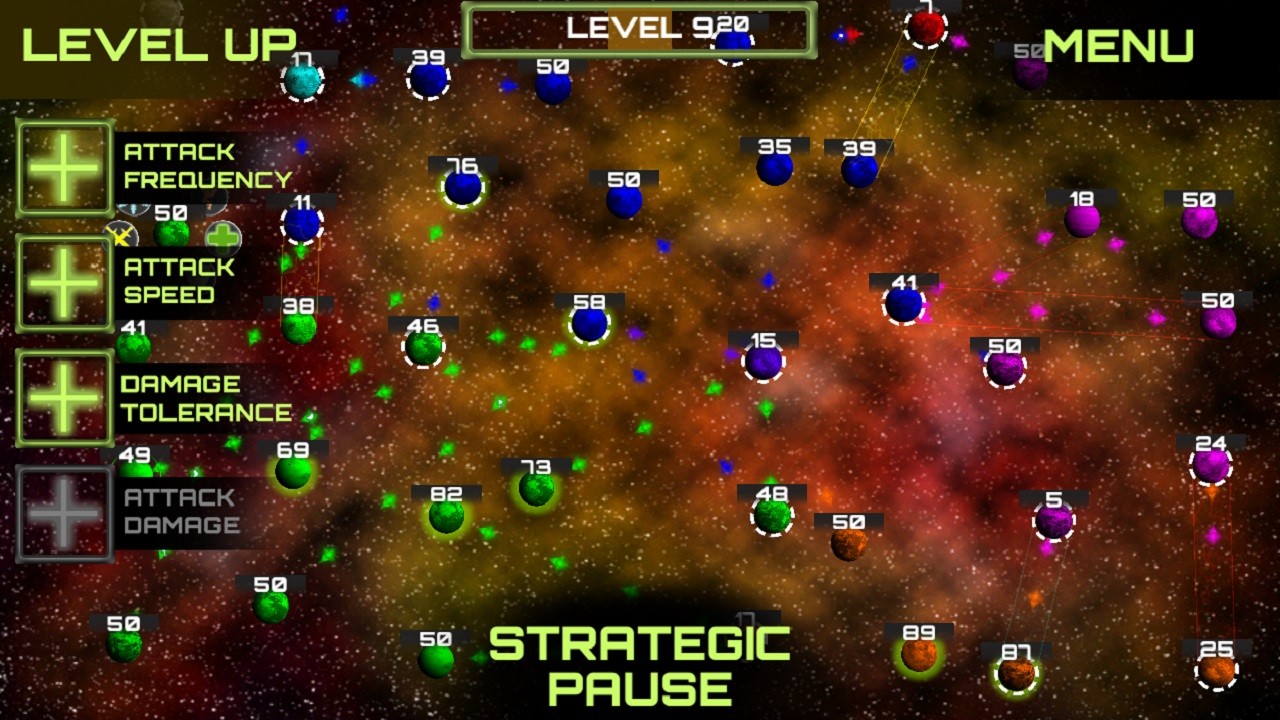 Galactic Empire is a 2D strategy game in which you need to take possession of all the planets in the galaxy to win. You will start the game with a single planet under your domain like the rest of enemies and thereafter you have to attack conquered or unconquered planets to take possession of them . You will have a standard, continuous and infinite attack you can increase its speed, frequency and damage. You will also have a planetary improvement for each conquest you achieve, so you can assign to the planet an additional attack (damage, reduction of enemy attack or prohibition of enemy healing) or focus on his defense (healing shield of immunity, revive)