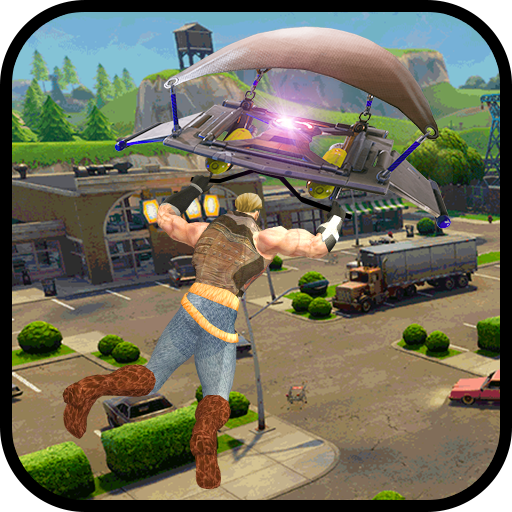 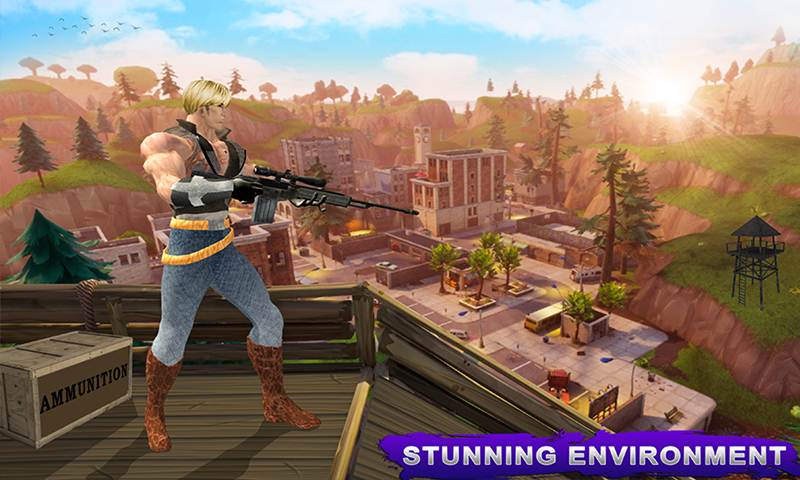 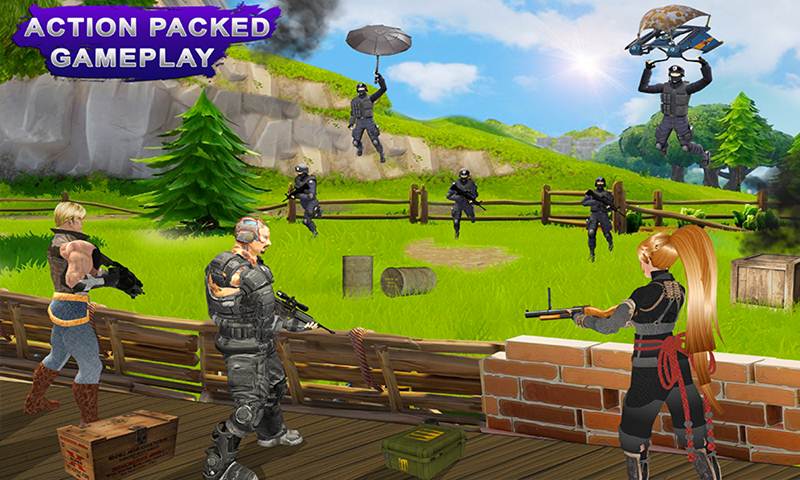 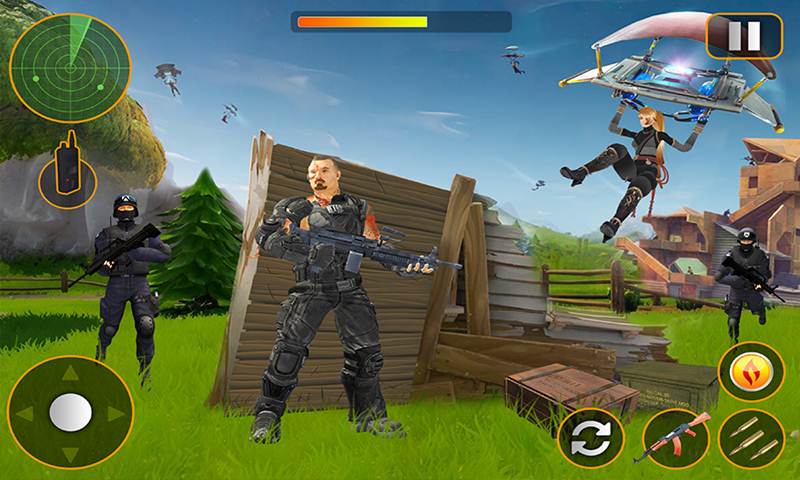 Third person modern shooter is the most exciting and thrilling World War II shooting game in Fort Knight Royale Battle. It’s time for army encounter of top shooter against the militant hunters. Find the city American soldier to stop the fire super storm with the shooter for free weapons. You will gain the total controls of this gameplay to achieve triumph in this Battle.

Shoot your opponents with AK47, M4A1, Sten and shotgun to move alone in this battle easily in Fort Knight Royale Battle. In this impossible army attack, you have to land in stealthy elite agent area with your parachute. The air force of shooting simulation will provide you modern knight royale arms that will help you to win the terrorist open Fort battle.