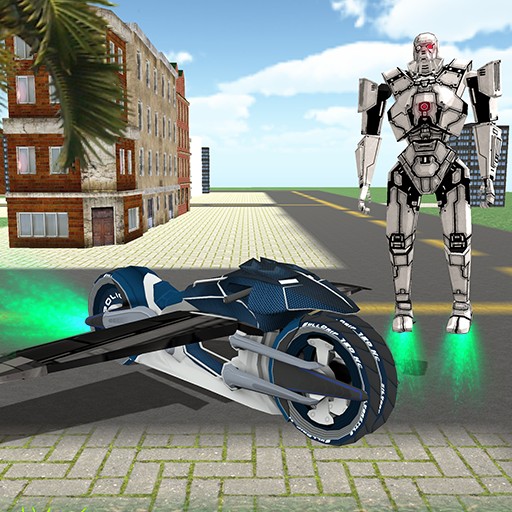 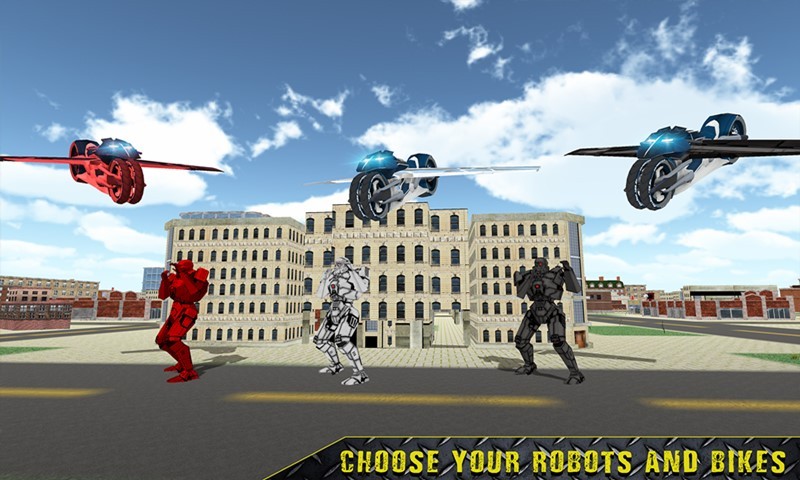 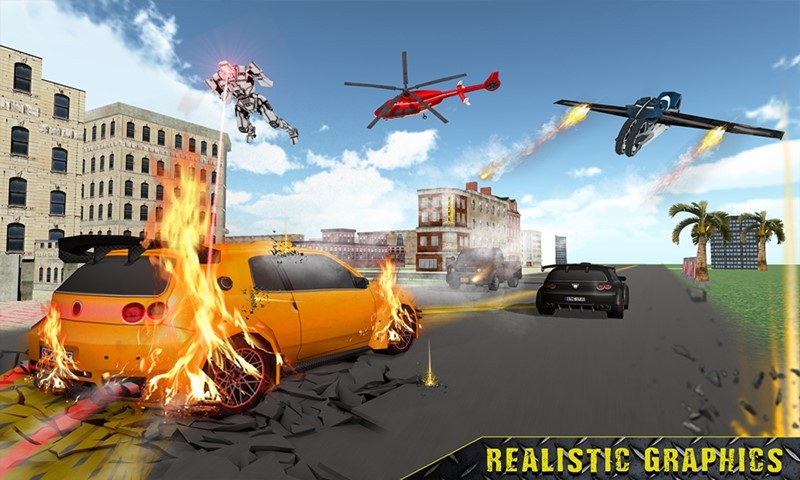 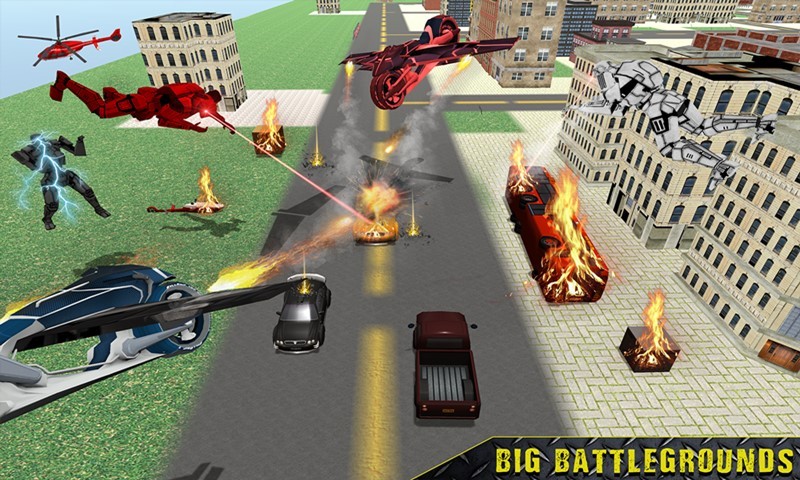 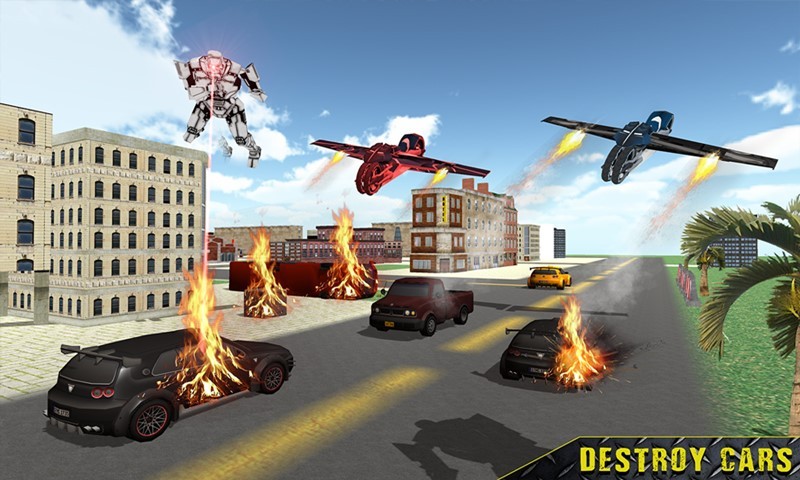 Flying Robot Bike Transform is the latest addition in flying robot games and futuristic robot battle games, personally designed for robot car game lovers who love robot transformer and mech robot aggressive. You know, you will love it in the first time you see it. In this robot fighting bike game you will destroy the moving vehicles like luxury cars. If you like robot games and best fighting games you will love this Advanced Flying Robot Bike transform game.Amazing Flying Bike Transformer Robot in this crazy game like airplane flight simulator.Realistic Robots with incredible gameplay in futuristic city.

Gameplay of this robot bike game is pretty simple, you will destroy the sports and luxury cars which are travelling in the modern city .You can switch your robot to speedy drift motorcycle by pressing button on your screen. You can also fire missile and unlimited machine fire blasts. You can smash any car in this innovative robot game. You will destroy the car while you are walking or running in the city with the help of powerful punch and strong kicks. In this crazy game you will be flying surely with a robot racing Bike like airplane journey simulator.