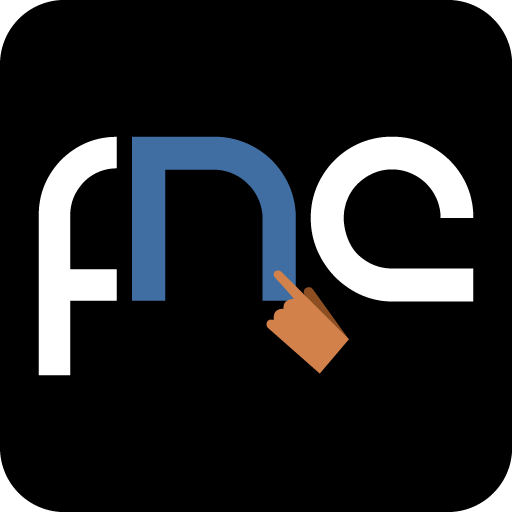 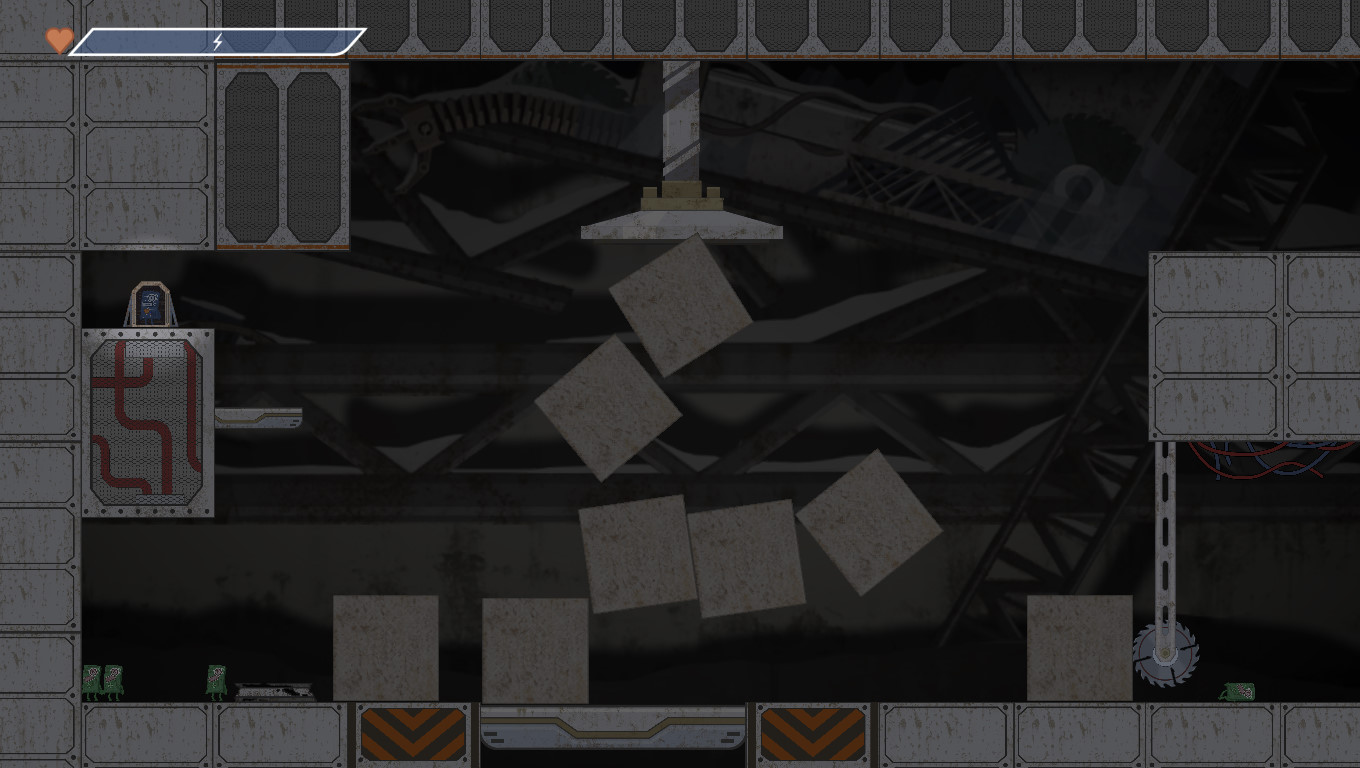 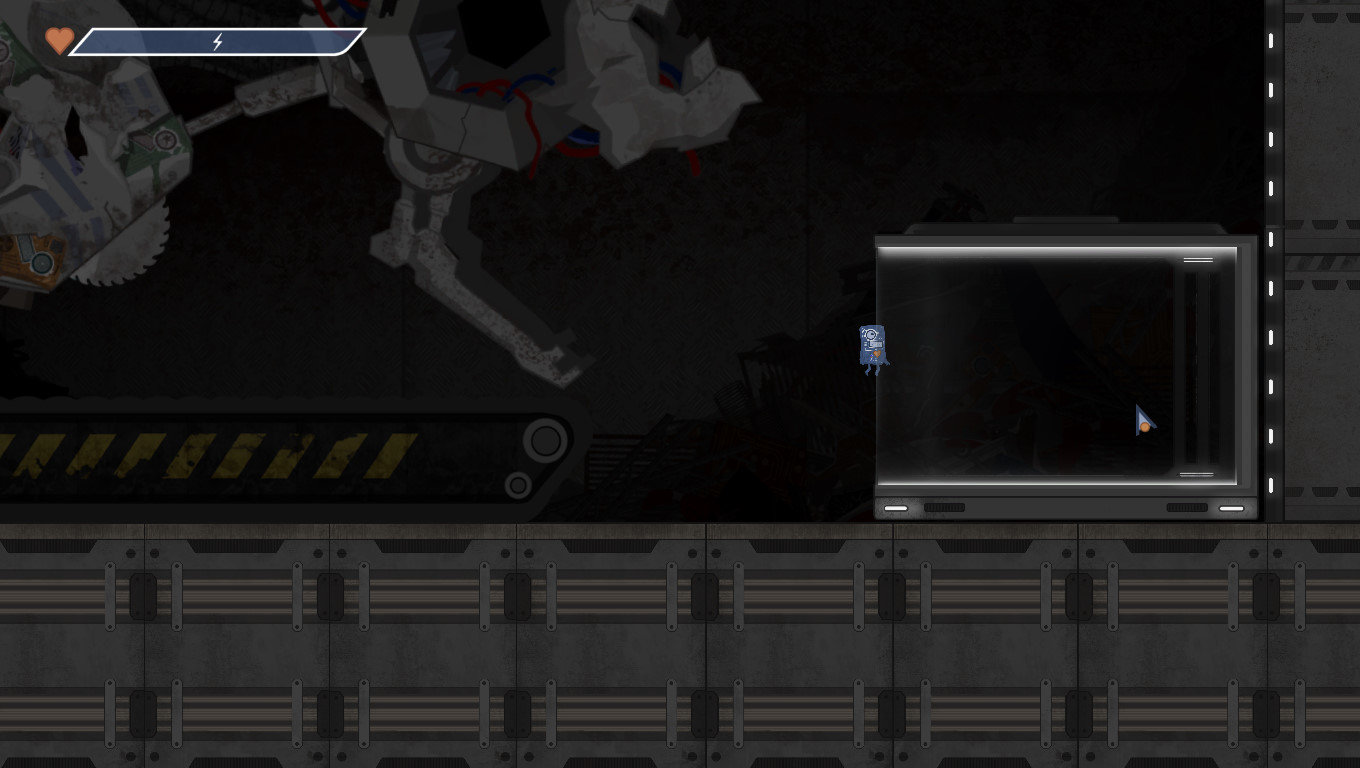 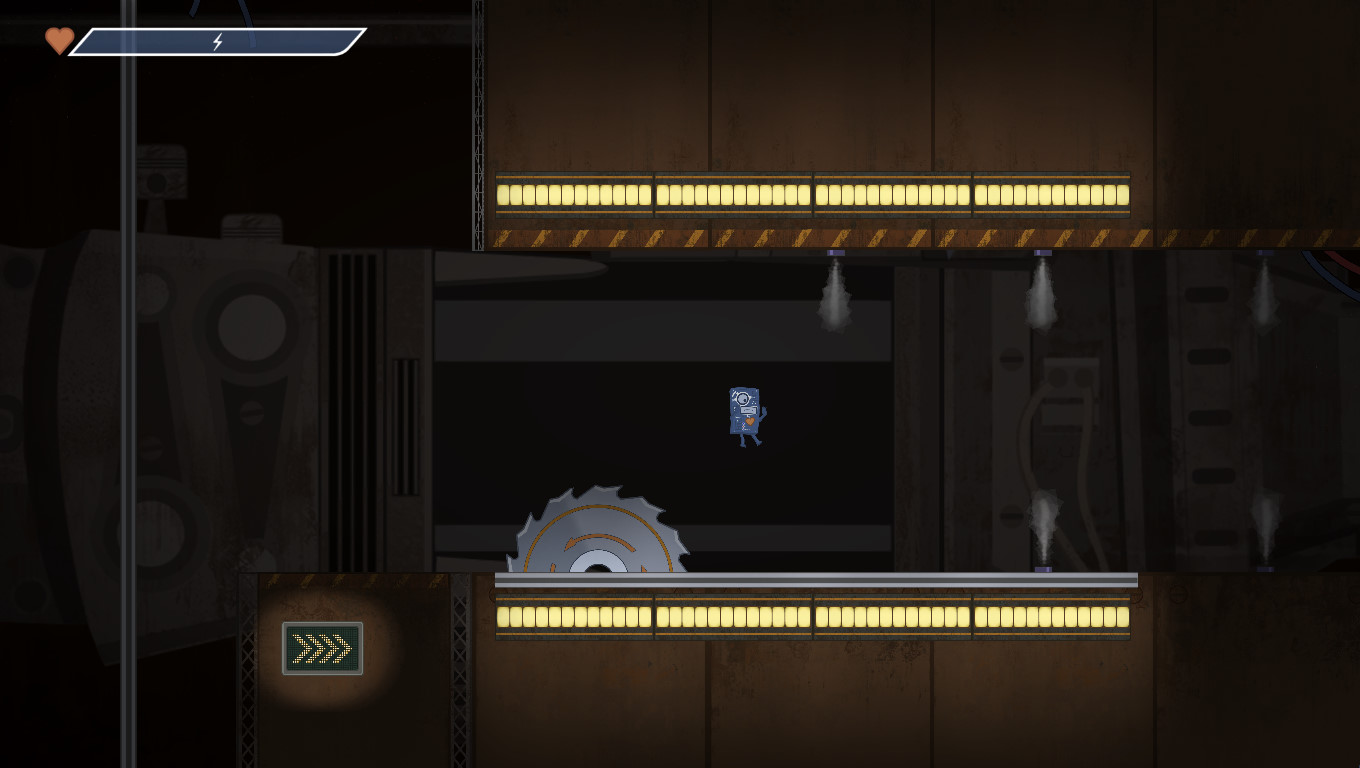 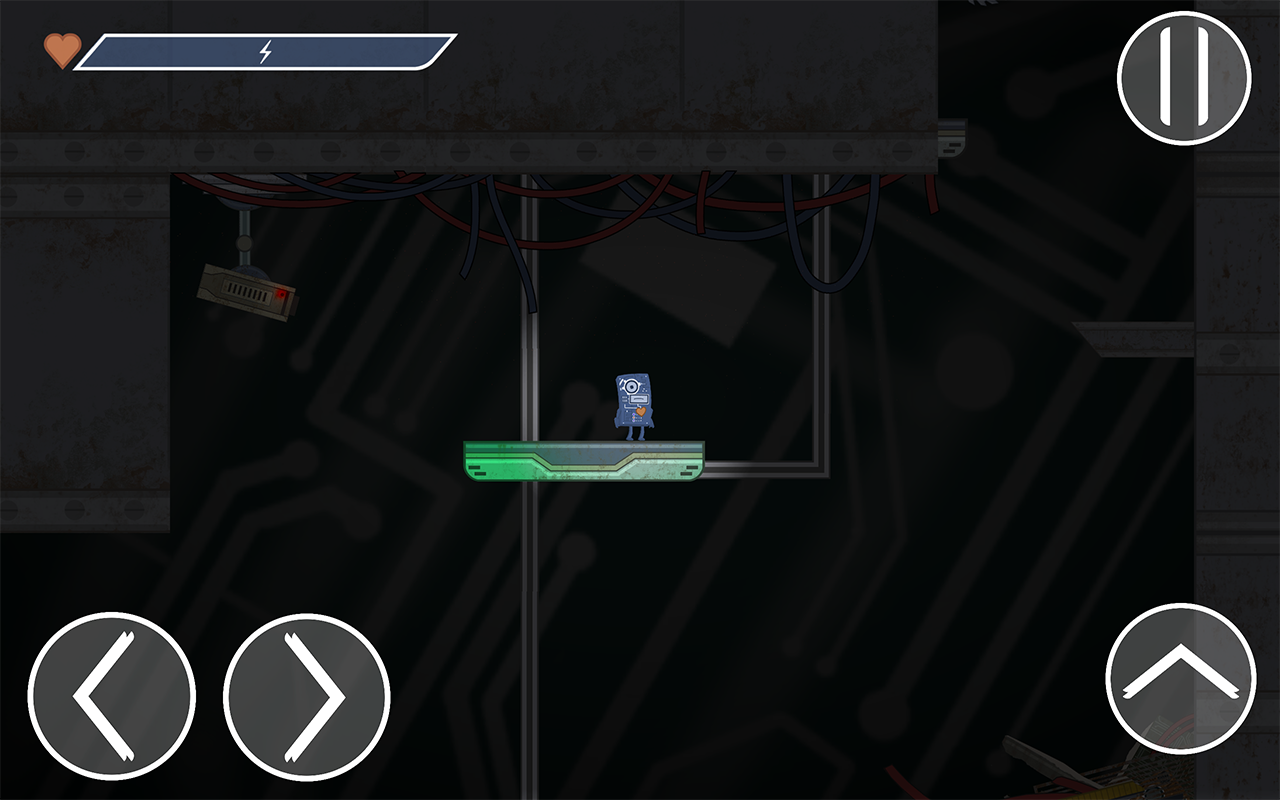 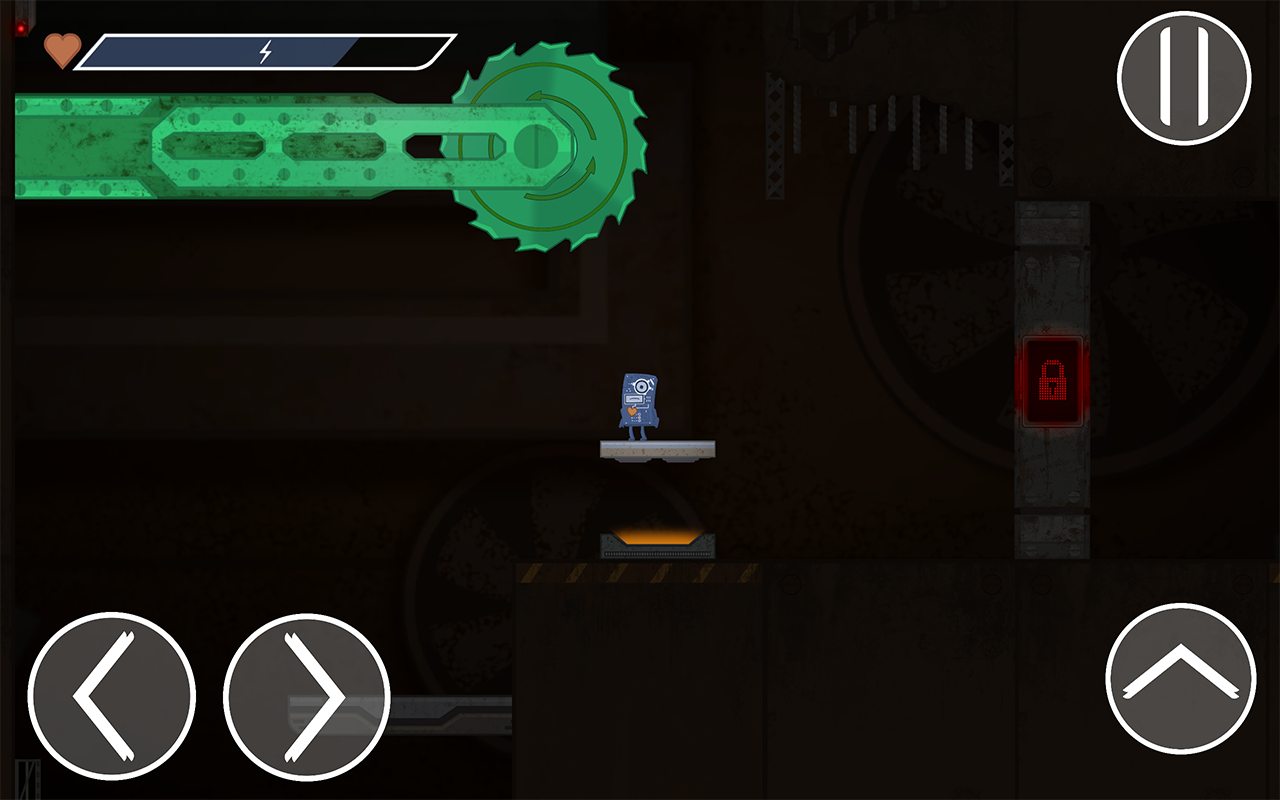 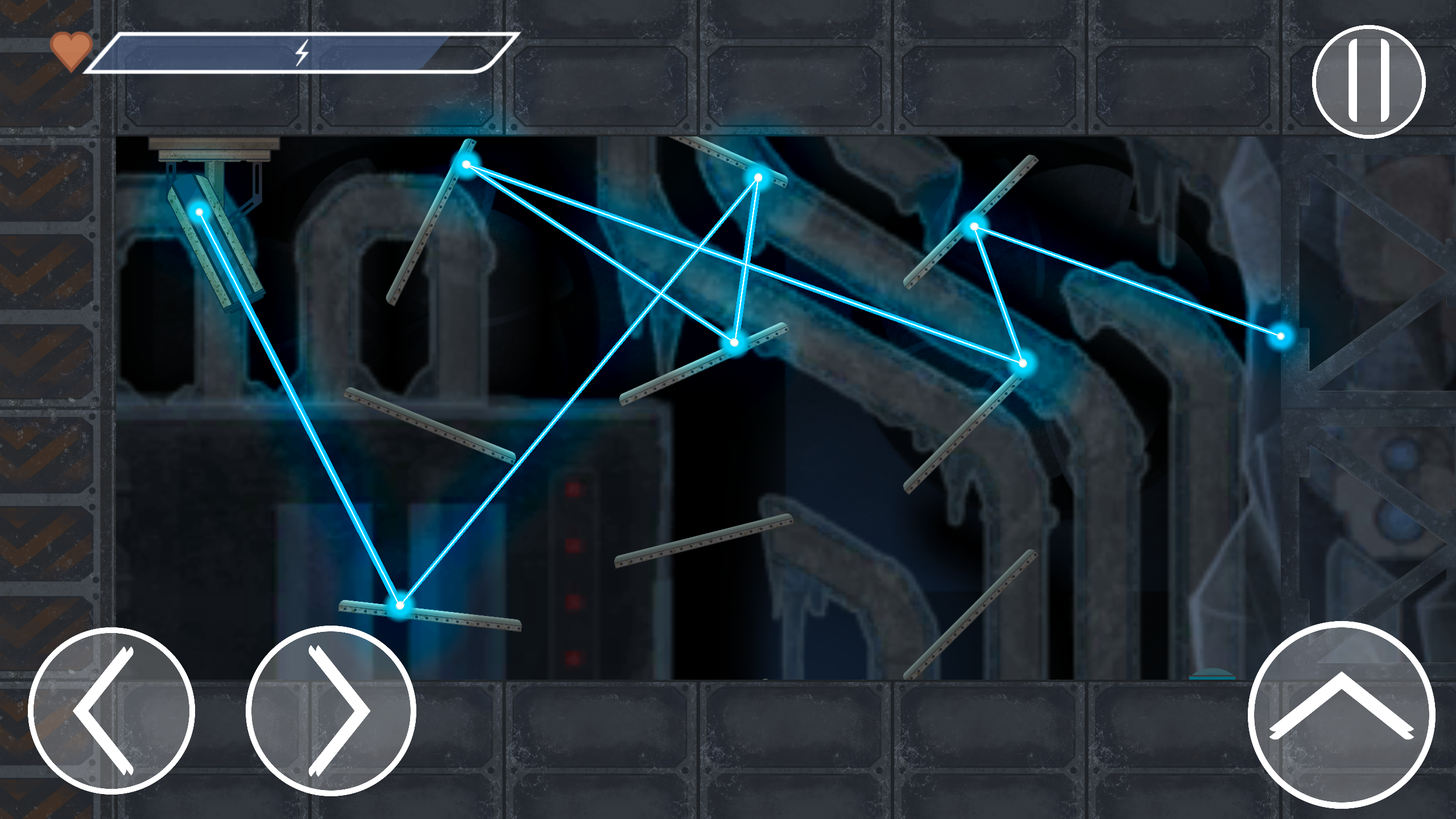 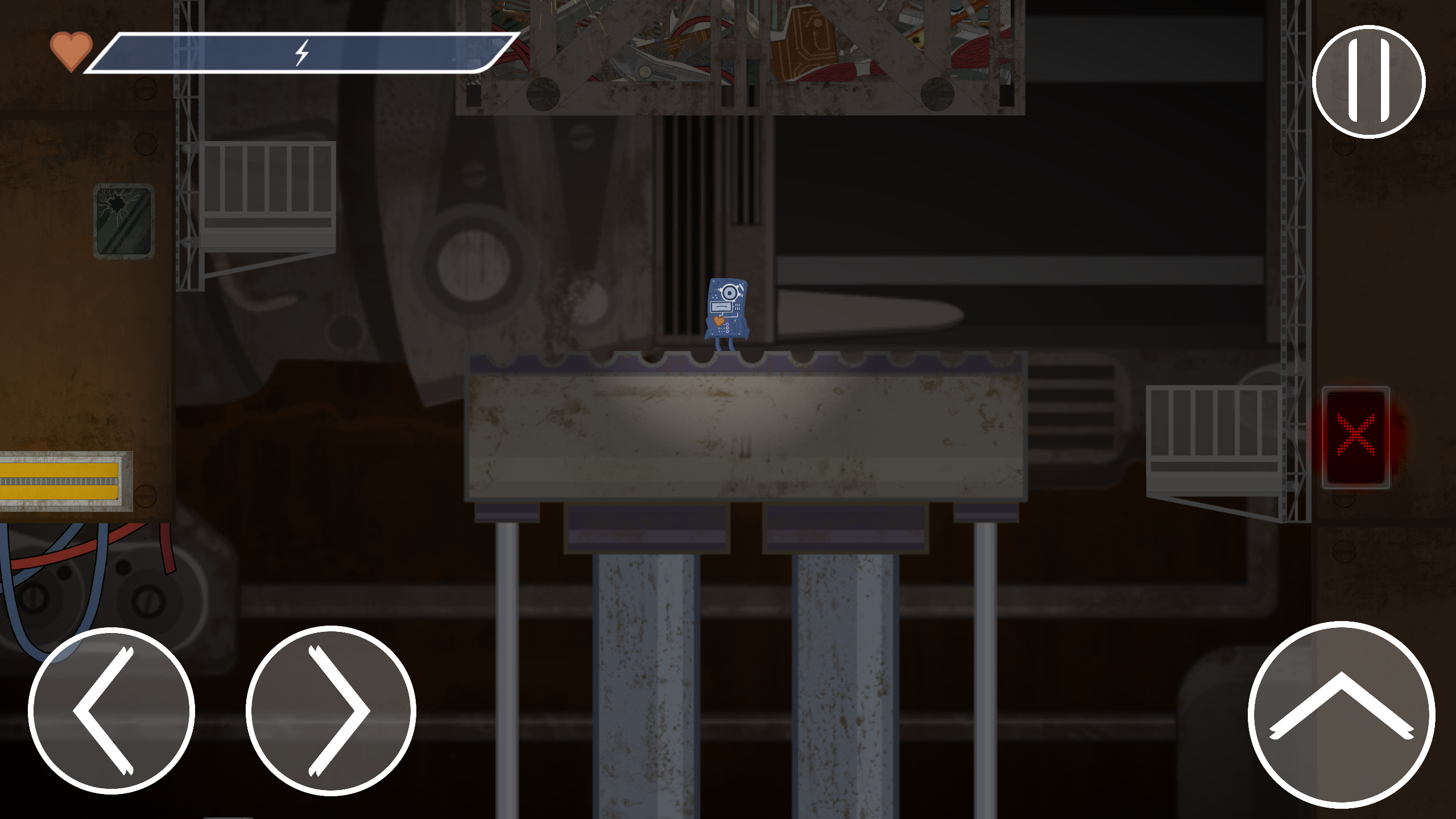 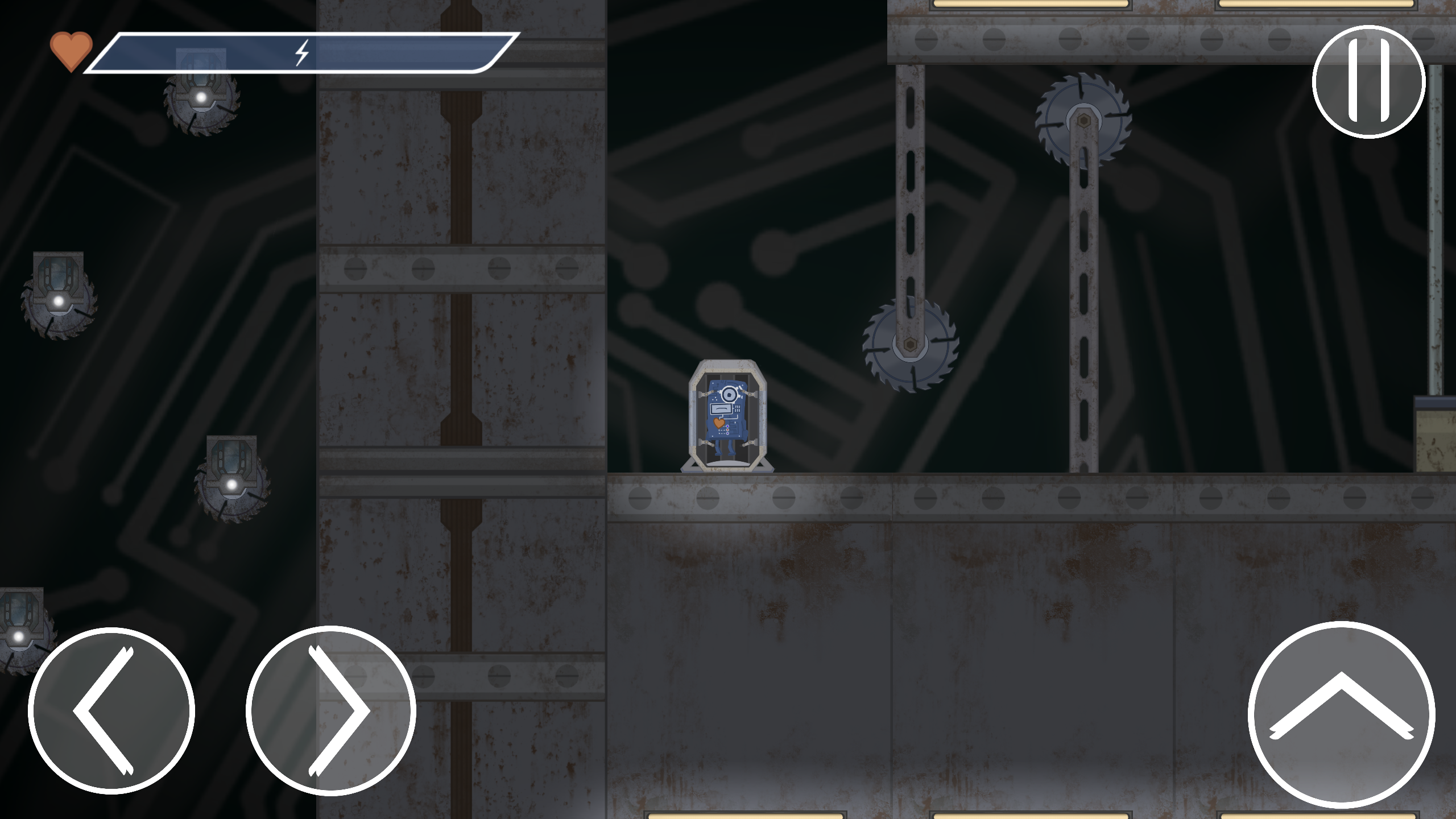 FallenCore is a 2D platformer about Ardi the repair android, who arrived on a huge space station to fix the malfunctioned central core of the ship. After the breakdown, many on-board mechanisms became dangerous and can easily kill the character, as well as the robots "went crazy" and arranged a hunt for Ardi not to let it get to the core.
In the chaos like that, Ardi will have to pass several decks of the station and repair the malfunctioning mechanisms in the the lower decks littered with garbage, in the computer data center and in the cryogenic laboratories, in order to finally reach the center of the ship and unravel the riddle of the accident.
By using various combinations of mechanisms Ardi will be able to solve puzzles to make his way through and defeat the enemies. The key feature of FallenCore is that the player can interact directly with mechanisms using a mouse or touch screen to move elevators and platforms, and to combine different elements to turn the traps on and off. The game includes 25 levels, dozens of different traps and logical puzzles, 5 types of enemies with unique behavior and therefore different strategies for defeating them, and several spectacular battles with huge bosses. The plot of the game is presented in the form of an author's comics, the gameplay is accompanied by specially written techno soundtrack for this game.