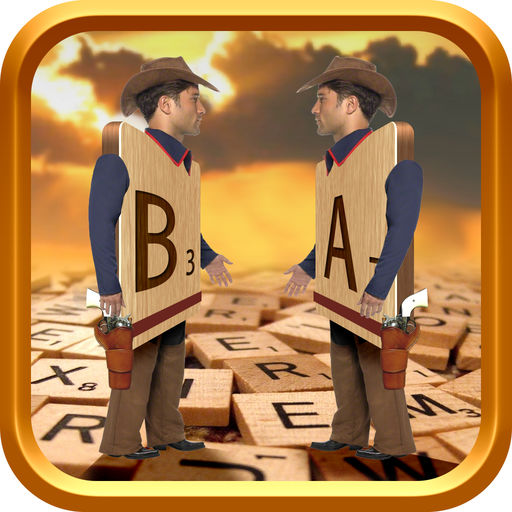 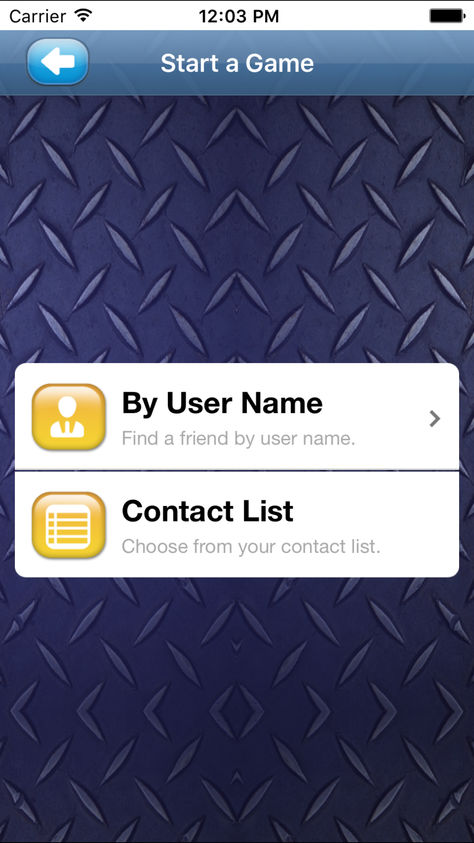 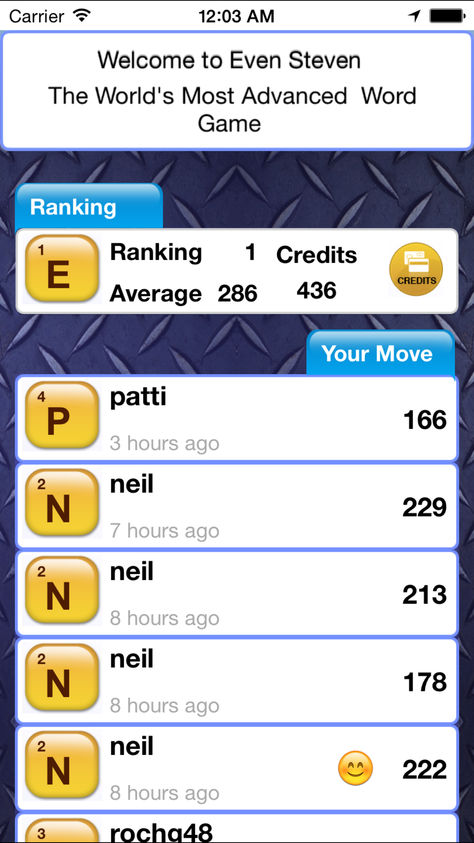 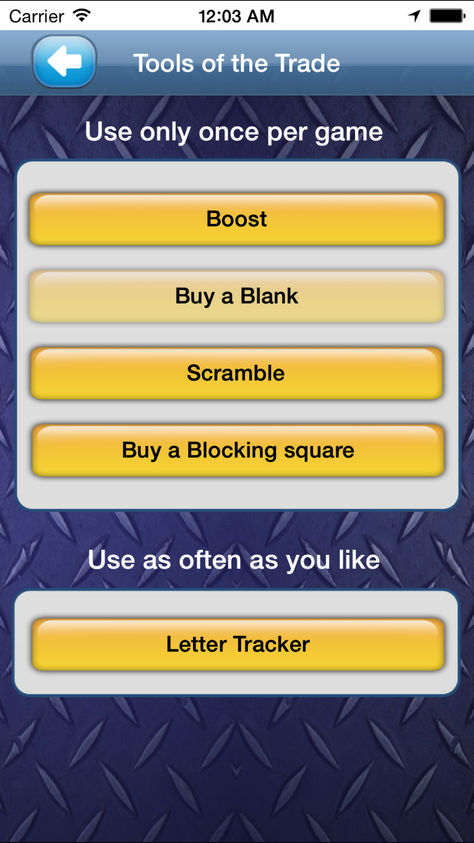 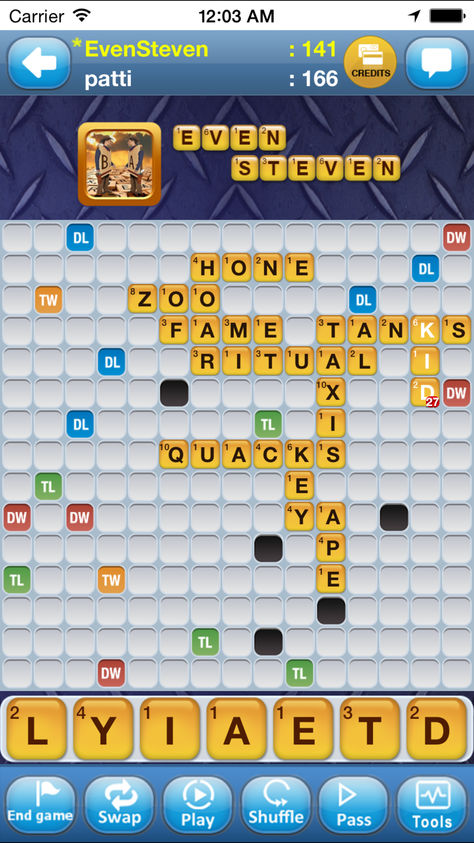 Factoring Out Luck. Emphasizing skill over luck, Even Steven evens the playing field in letter selection. Each player starts with an identical inventory of consonants and access to a shared pool of vowels, worth one point each. Letters are filled into each player’s hand randomly as they are used.

The Board. The playing board is active. At the start of each game, all of the bonus squares are randomly scrambled so no two game boards are the same.

Play. You get 6 chances to spell a word correctly then pass your turn. If both players pass twice in a row, the game ends. Each game cost 2 credits, and you earn 4 credits for each game you win. You get 100 free credits when you first create an account.

Purchase Additional Credits. When you run out of credits, you may purchase additional credits for 99 cents per 100 credits.

Rating. Your 20 most recently completed games are averaged together to give you an average game score.

Ranking. Your average game score is compared to your friends and to all other players and given a numeric ranking.