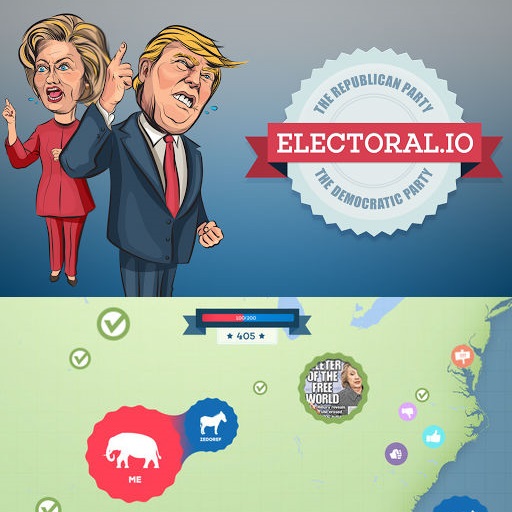 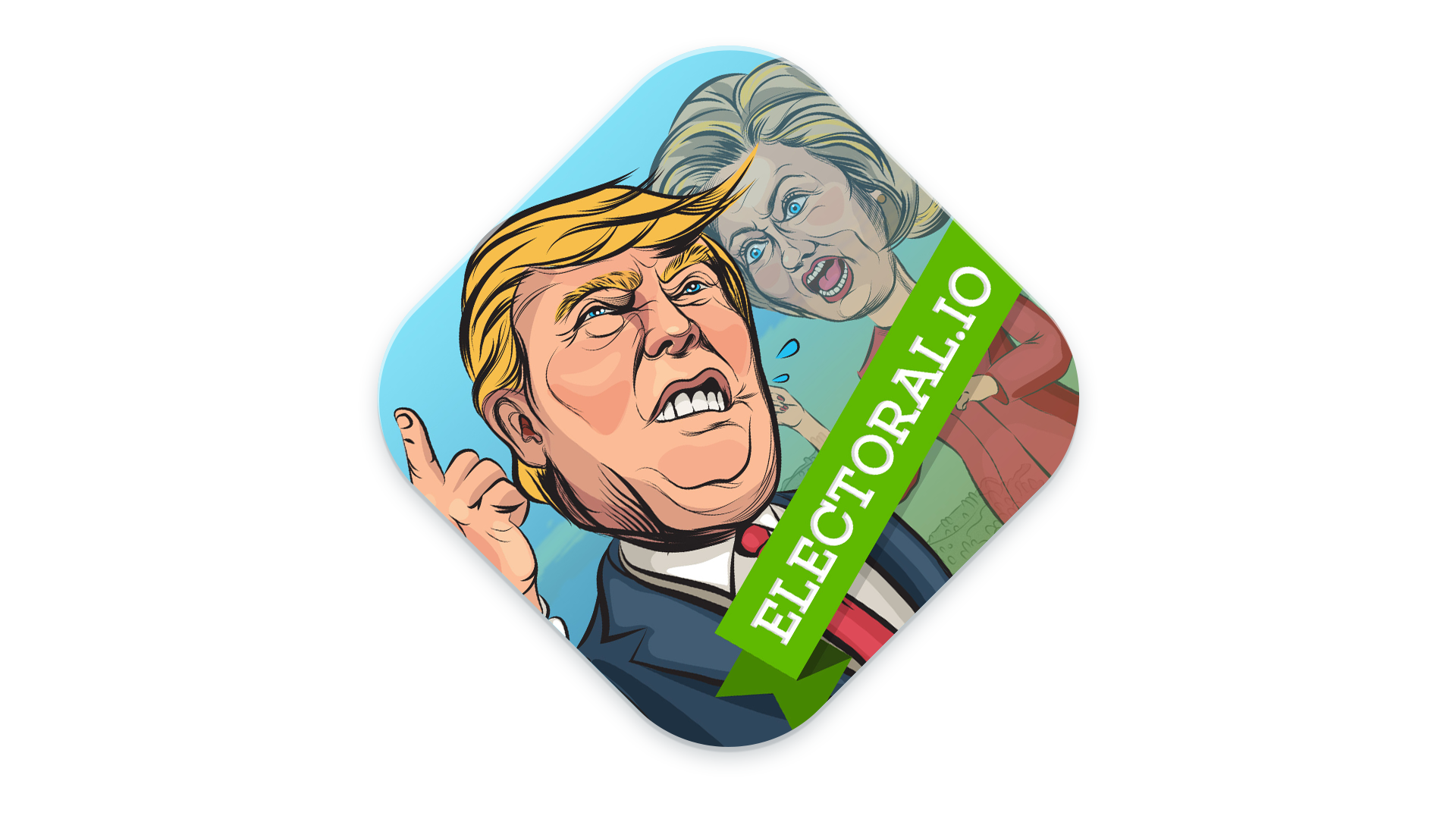 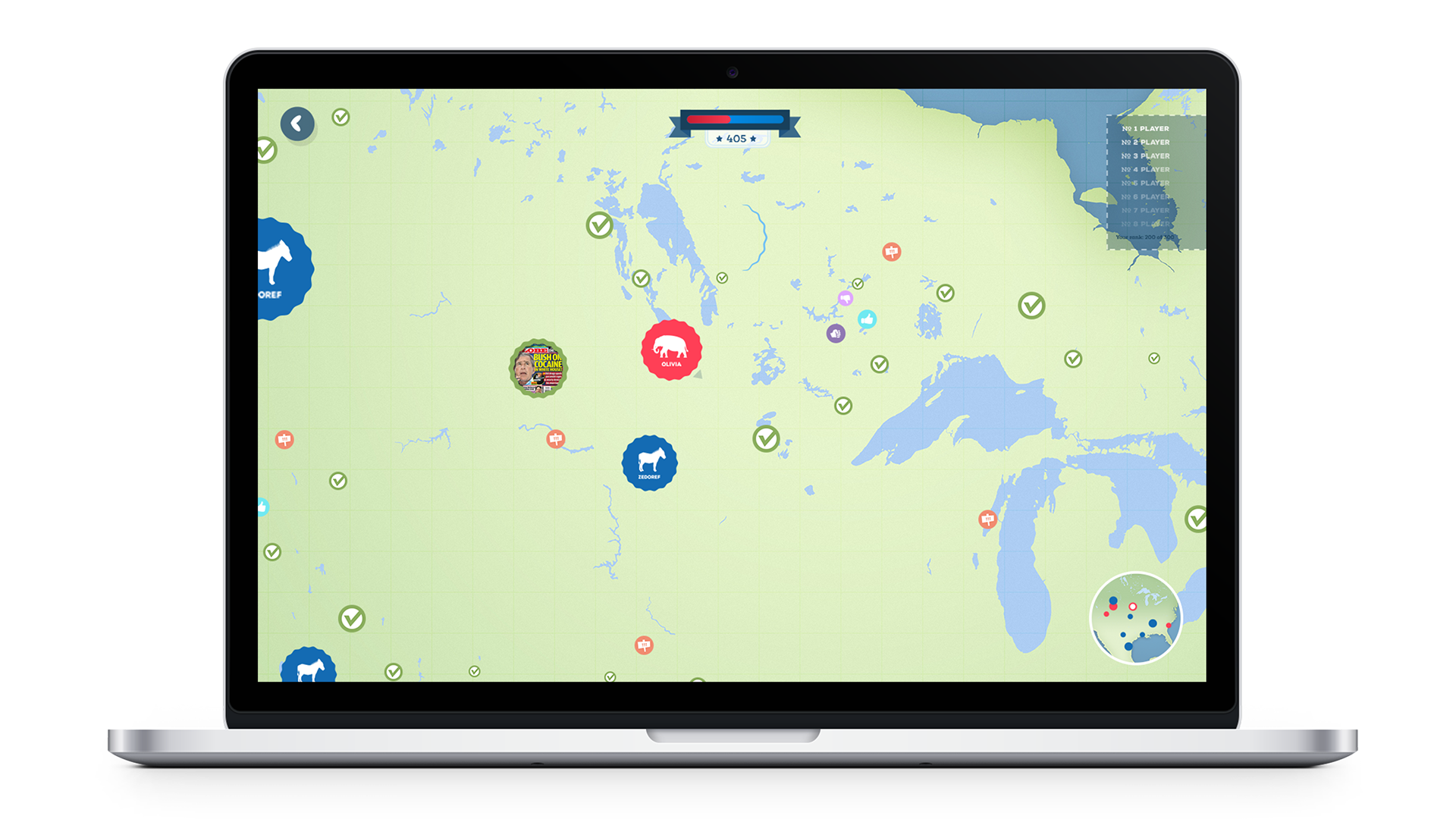 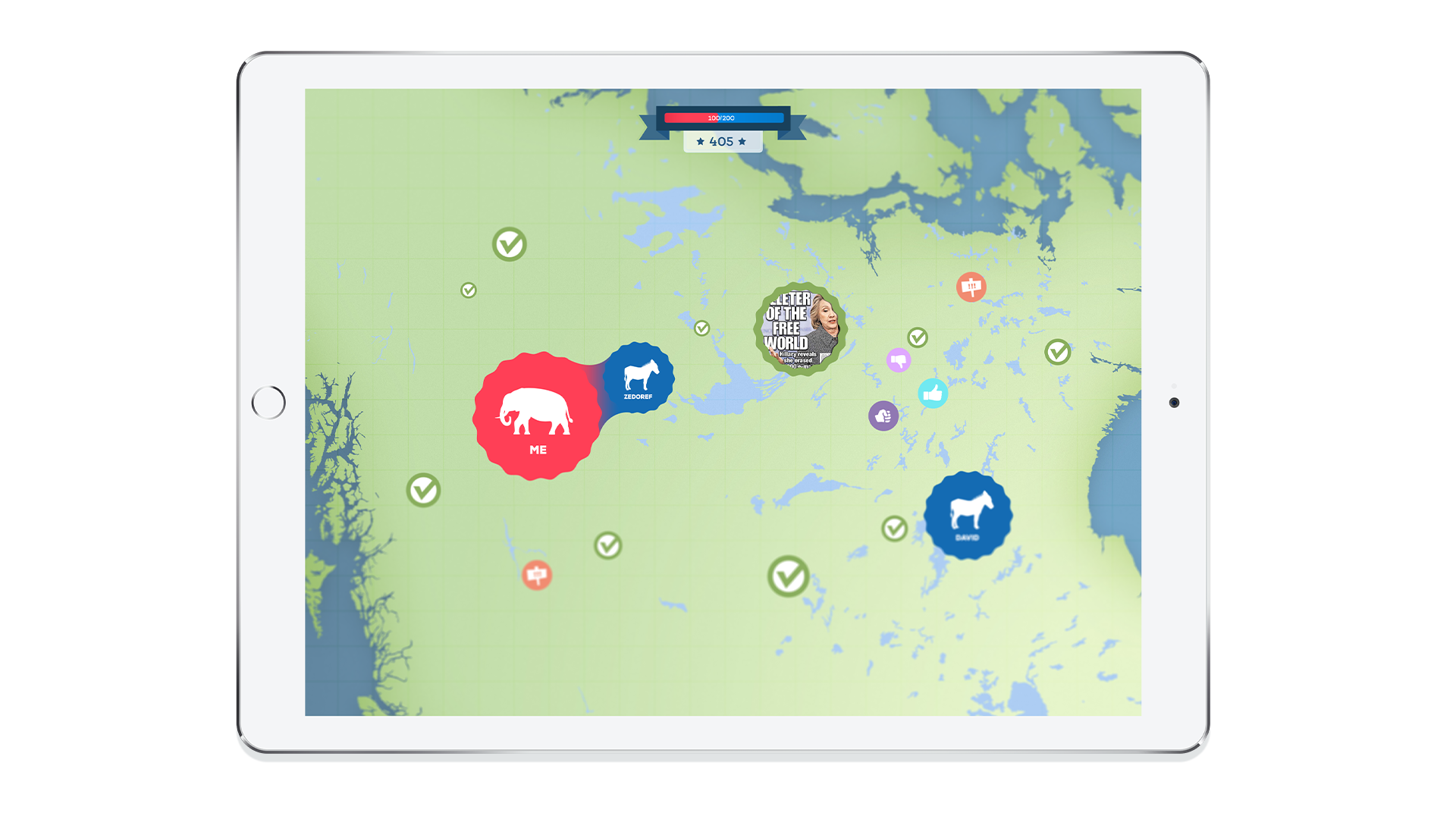 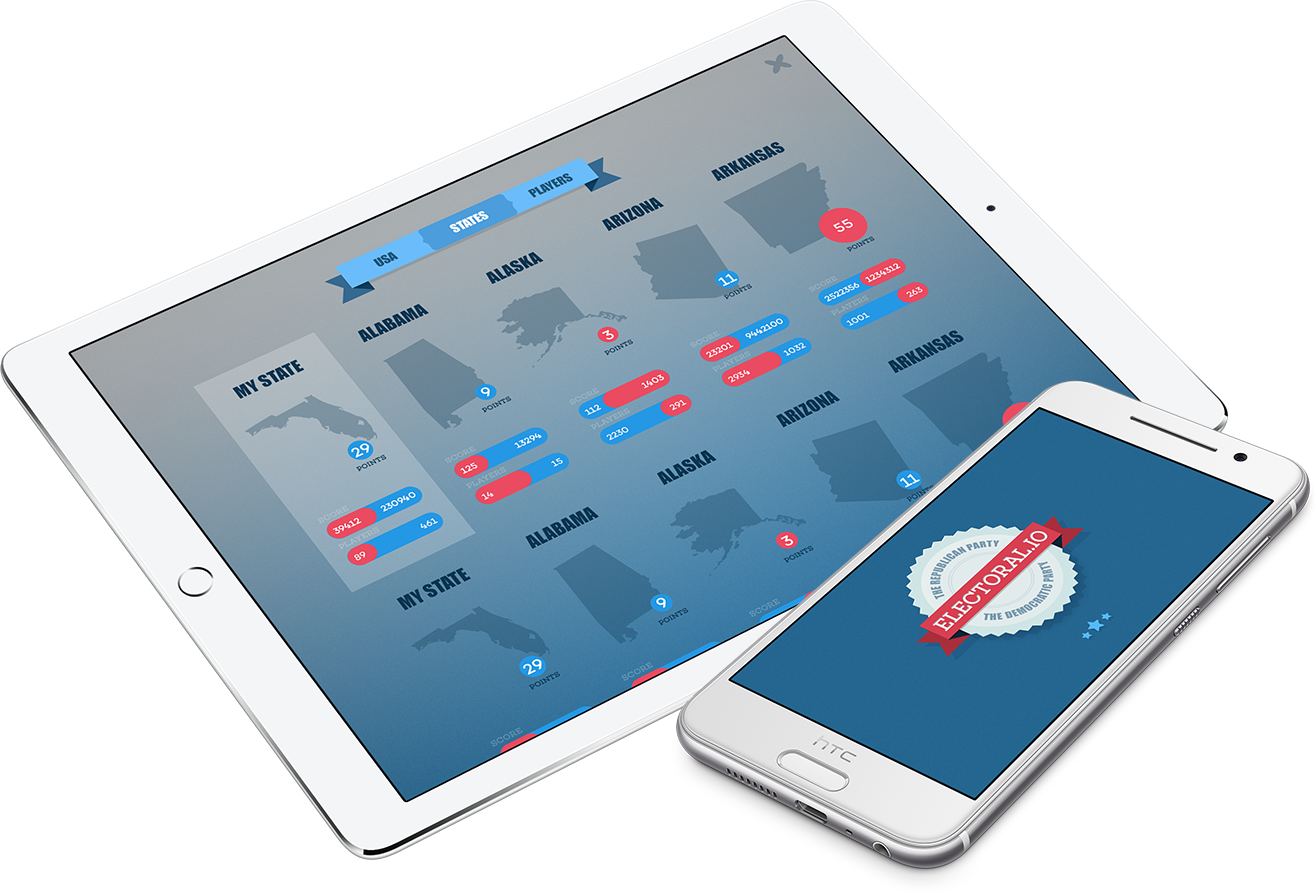 Electoral.io is a multiplayer 2D action game in which you play as a member of one of two major rivaling political parties in the United States. The game has a very minimalistic design, intuitive controls and fairly competitive gameplay to keep you immersed.

Electoral.io recreates the election game between Donald Trump and Hillary Clinton in its own manner. In this game, you can turn the events any way you want. Do you want a victory for your favorite party? Fine! Grab your friends and step on the trail of this intriguing war for the hearts of the voters.

You move your cell with a cursor. The movement speed depends on the distance between a cell and a cursor - the closer they are to each other, the slower you move. You can boost your speed in exchange for some votes by holding LMB.

You grow by collecting votes, likes and finances or by devouring the smaller members of a rivaling party. And things like protests, dislikes and damaging evidence decrease your electorate, which makes you small and vulnerable.

Members of the same party and cells of the same size can’t consume one another, they simply bounce off instead.

When you are small, keep close to your bigger allies. They will help you grow safely, and you won’t have to run so much. If yet you happen to be chased by a stronger enemy, try leading him through compromising evidence that will drain your opponent’s votes so you will be able to consume him. Or if you get into a sticky situation, you can boost your way to safety by holding LMB, but be careful because retreat will cost you some votes.