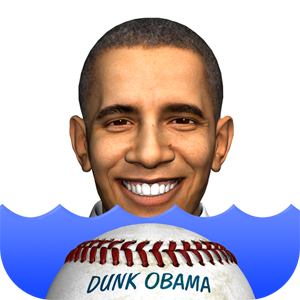 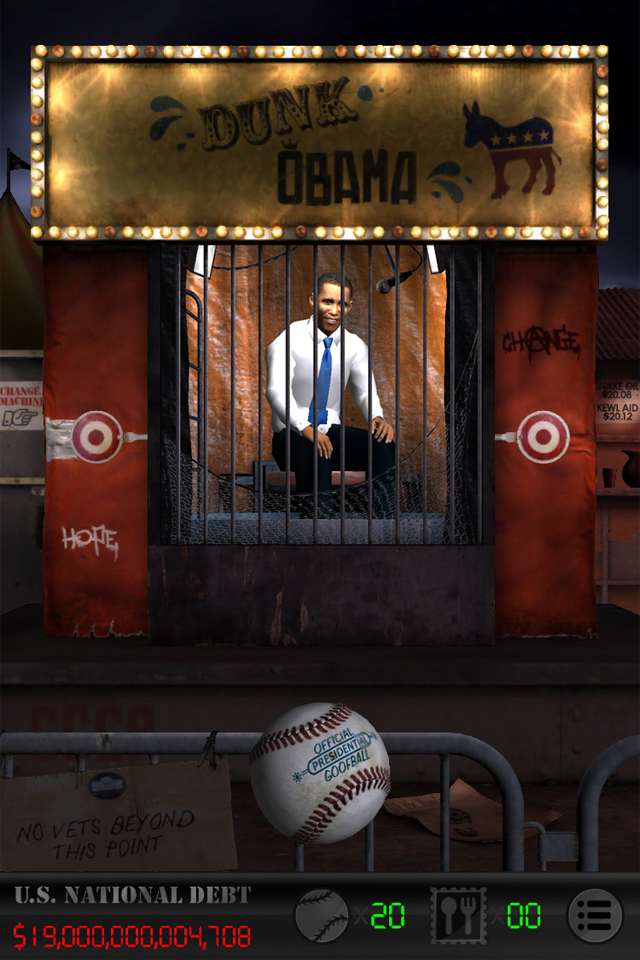 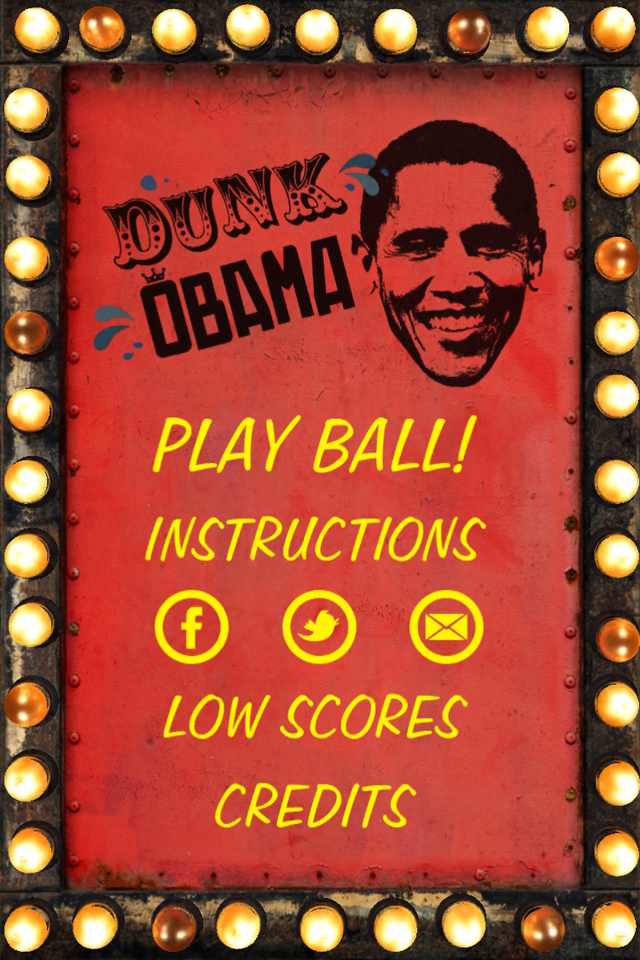 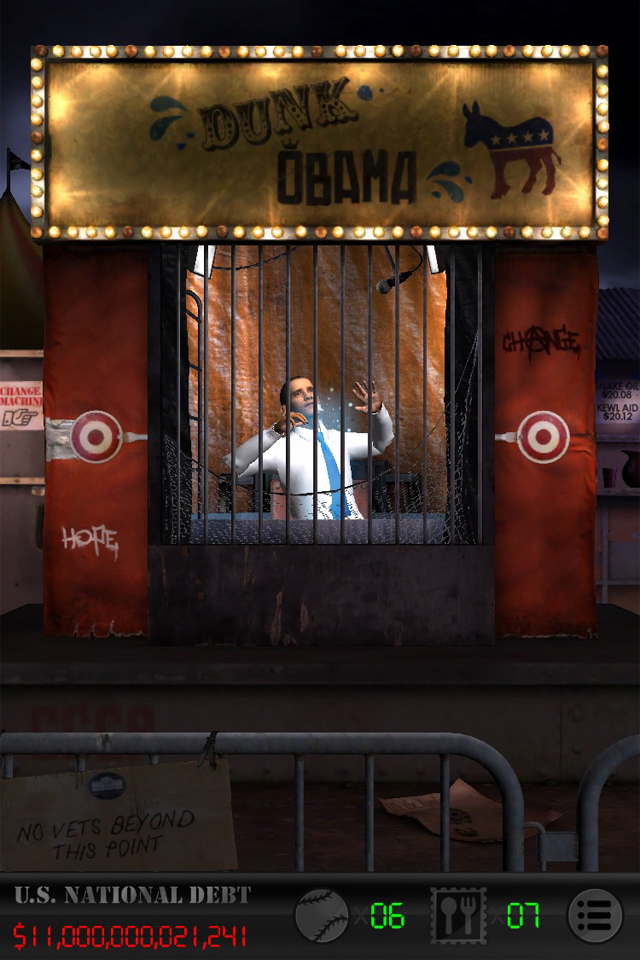 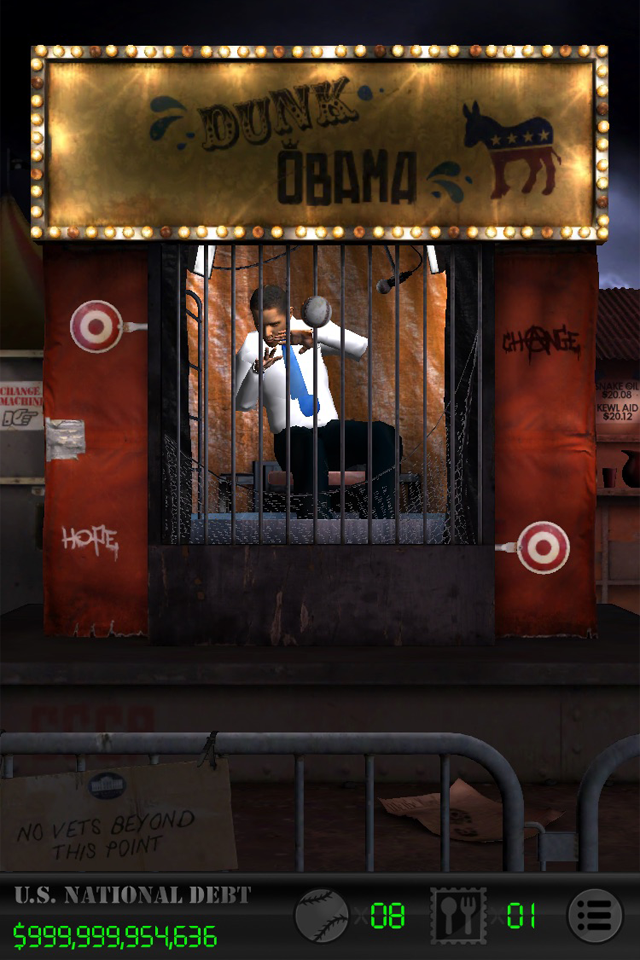 It’s 2016... President Obama has just finished his tenure in the oval office, leaving behind a $19 trillion dollar national debt, but he's found his next job in a traveling carnival.

To dunk Obama, pull back and release the ball to ‘slingshot’ it at the bulls eye targets, as the debt continues to climb. Each successful dunk chips away at the debt and earns food stamps, which are redeemed by tapping the stamp icon to restock baseballs. Your goal: knock the debt down to zero or create a positive surplus. The ‘lower’ the score, the better!

Whether you just want to take out frustrations or reward yourself with a dose of gut-busting laughter for surviving two terms, this game delivers both! Other titles are under development, featuring your favorite politicians on both sides of the aisle.