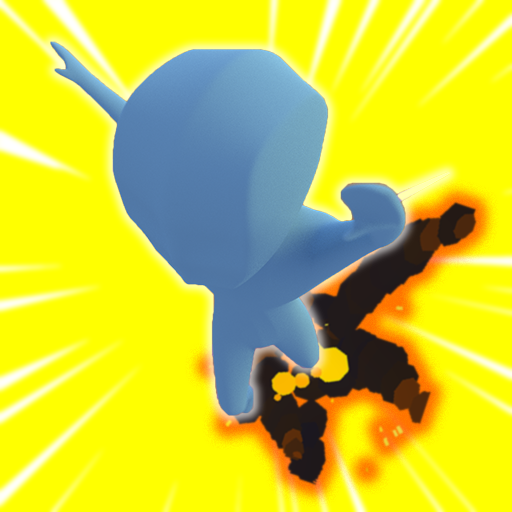 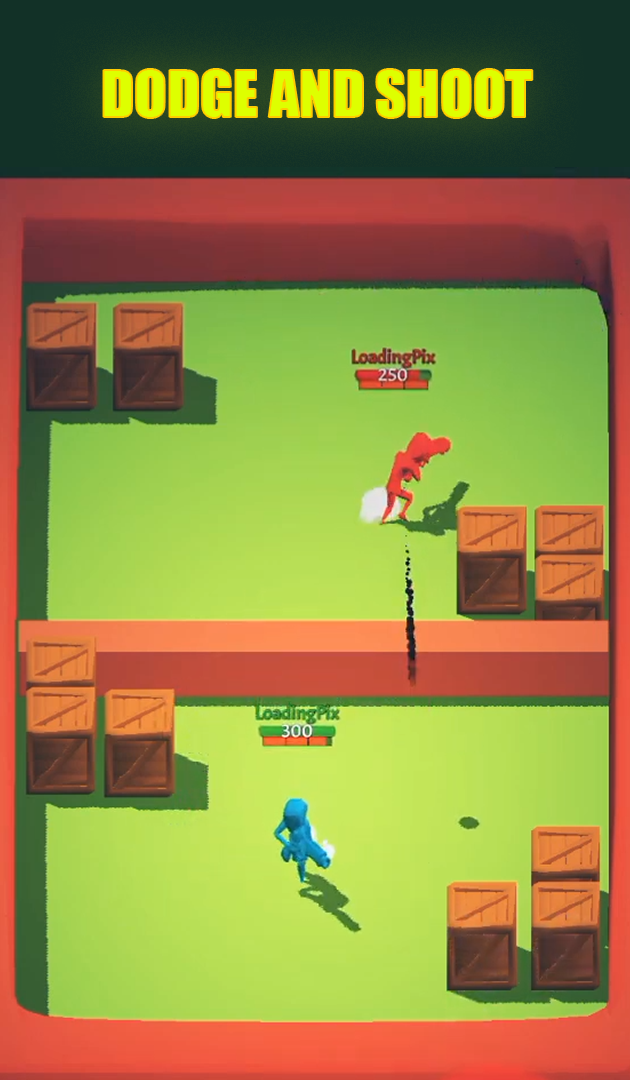 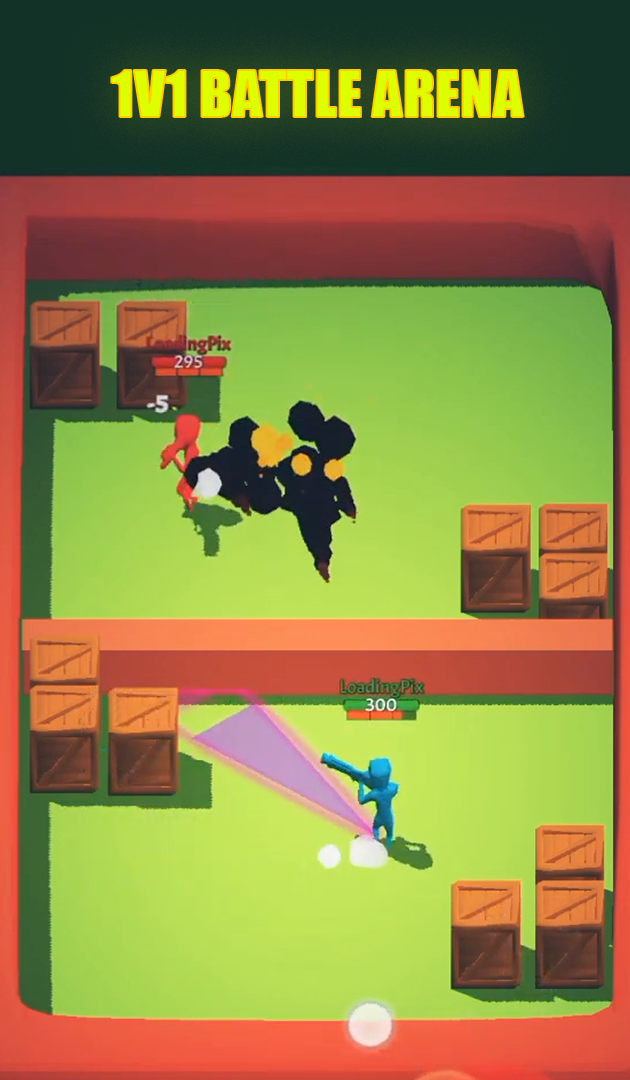 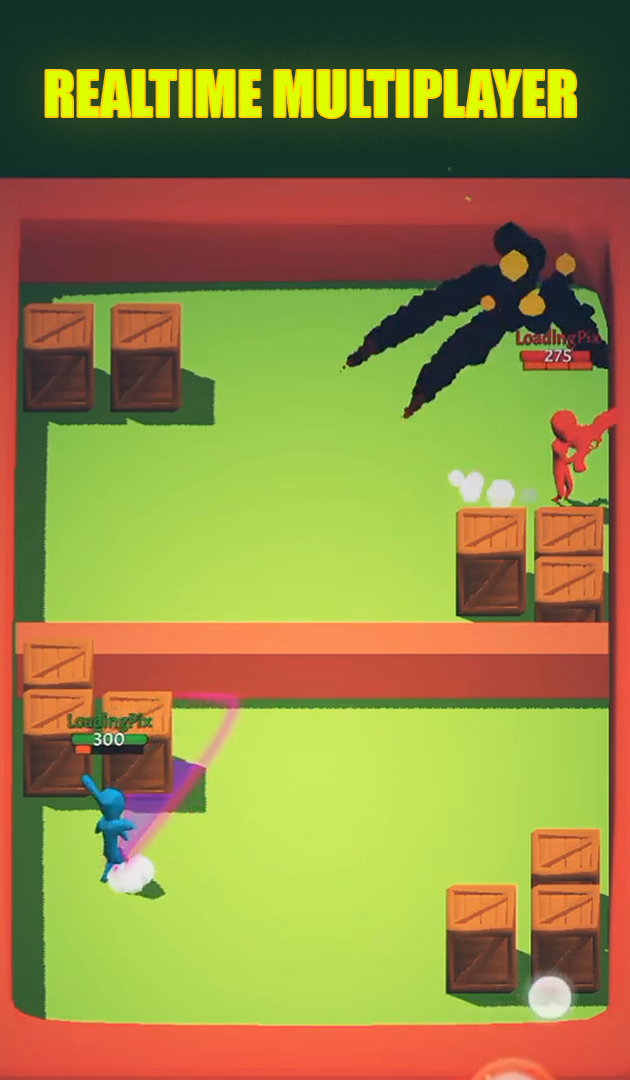 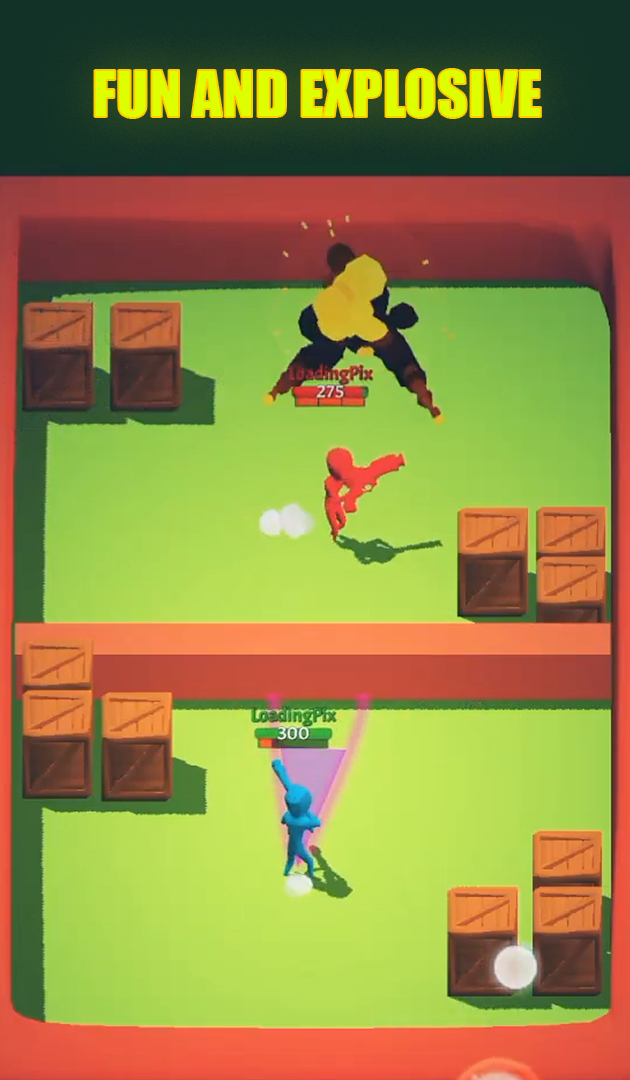 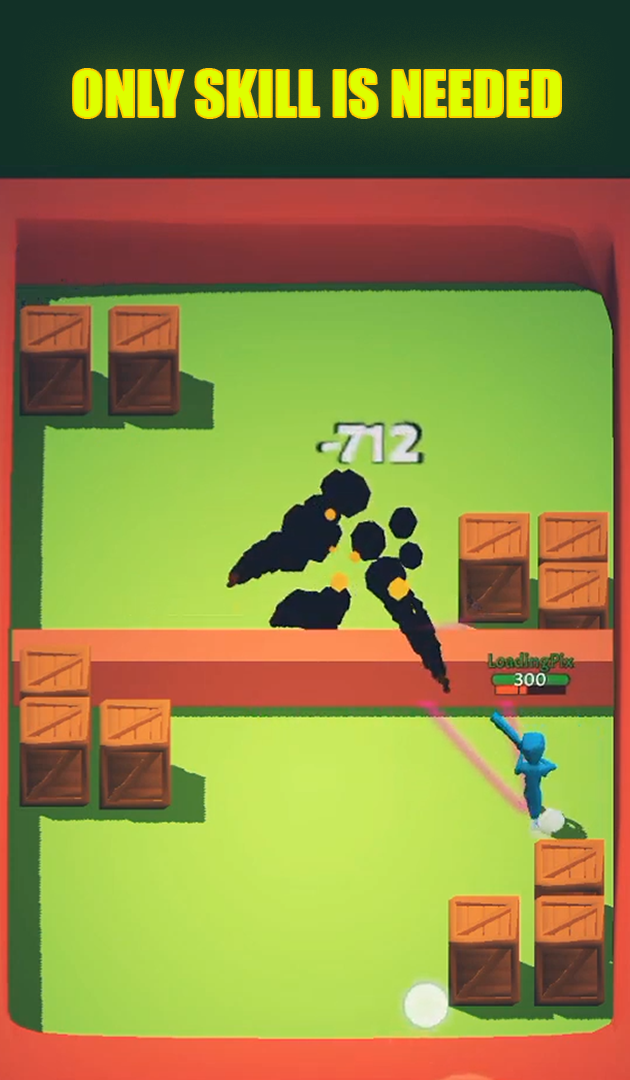 Dodge Bomb is a competitive player versus player game, where they can fight in a small arena divided into two equal sides. The game objective is to throw bombs to the opponent arena side and hit them to score. The first player to get 5 eliminations wins the match!

In addition, it brings new skillshot online action. Mastering the accuracy and shoot with the right firepower is a must to be the best.

The game offers customizable options like skins to make you looking bossy and emotes, nothing better than dance after scored in an online game, right?

Join now our community and be the best bomber player!

• COMPETE in 3-minutes battles!
• MULTIPLAYER based only on skill, no upgrades needed!
• CUSTOMIZE your character to look bossy!
• DANCE every time you score against your enemy!
• MISSIONS that can reward you with in-game items!
• CHALLENGE your friends to compete against you!
• STUNNING graphics and play with 60 frames per second!
• OFFLINE play is available too if you want to train your aim!