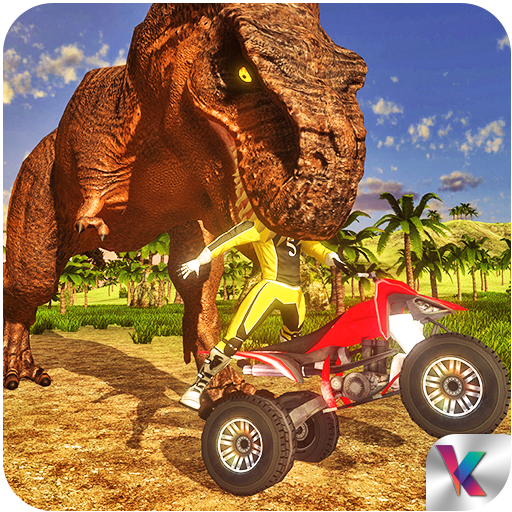 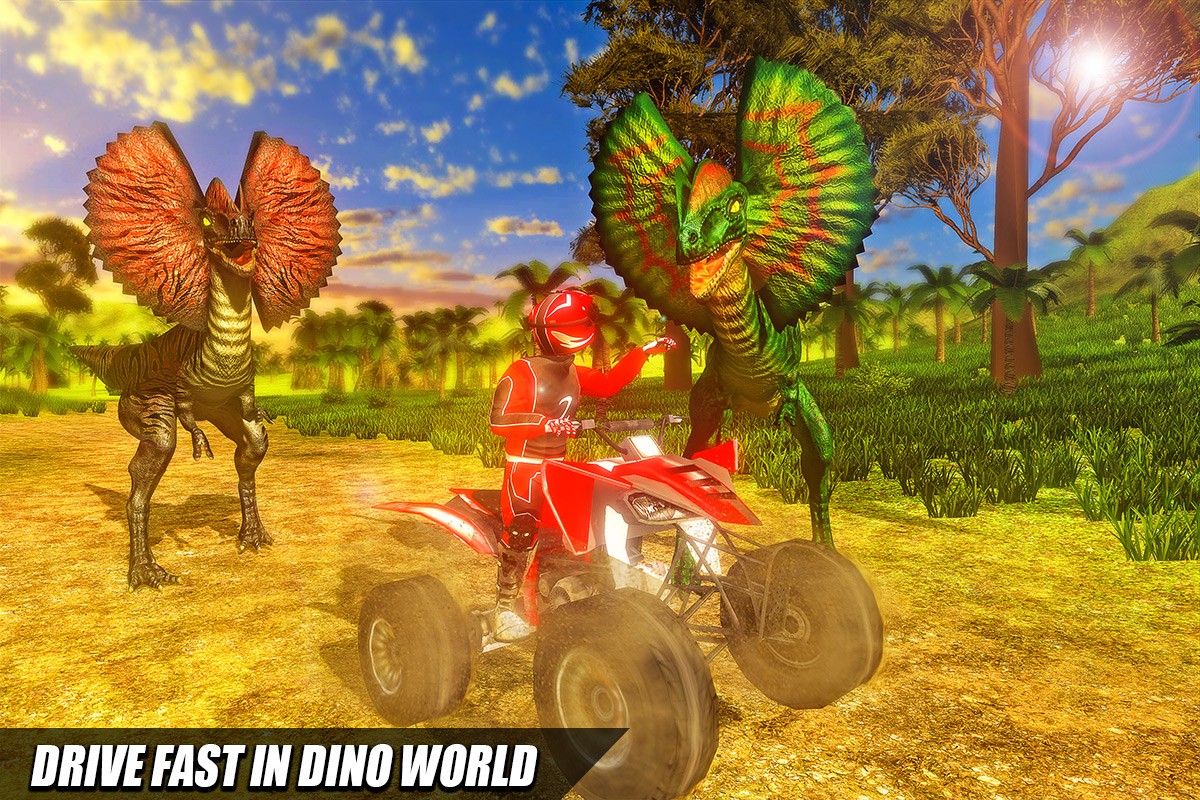 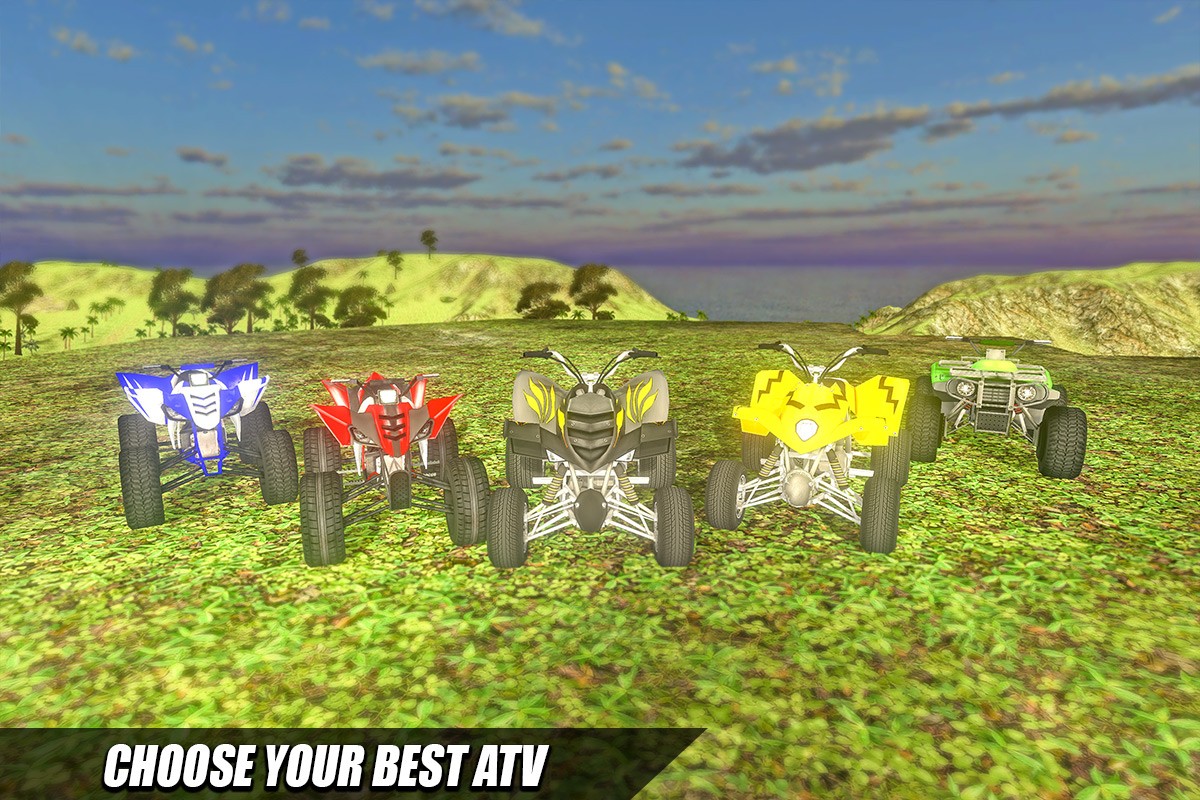 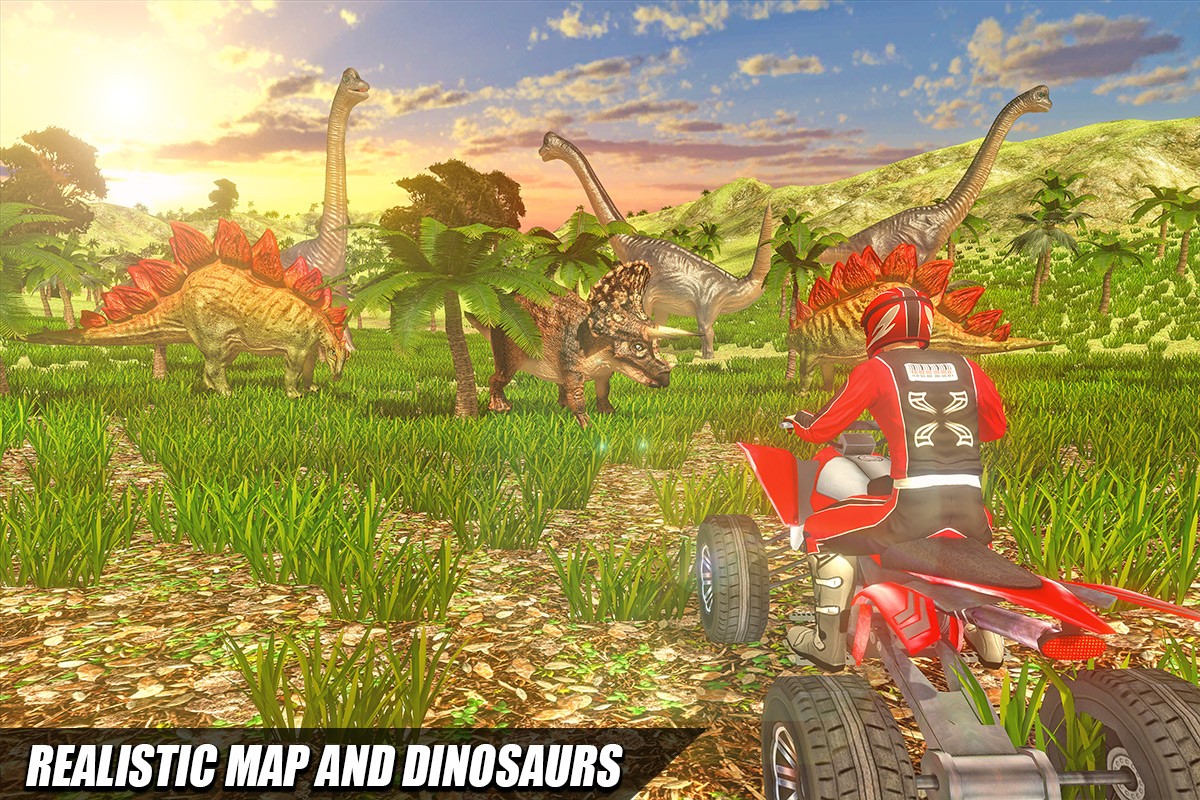 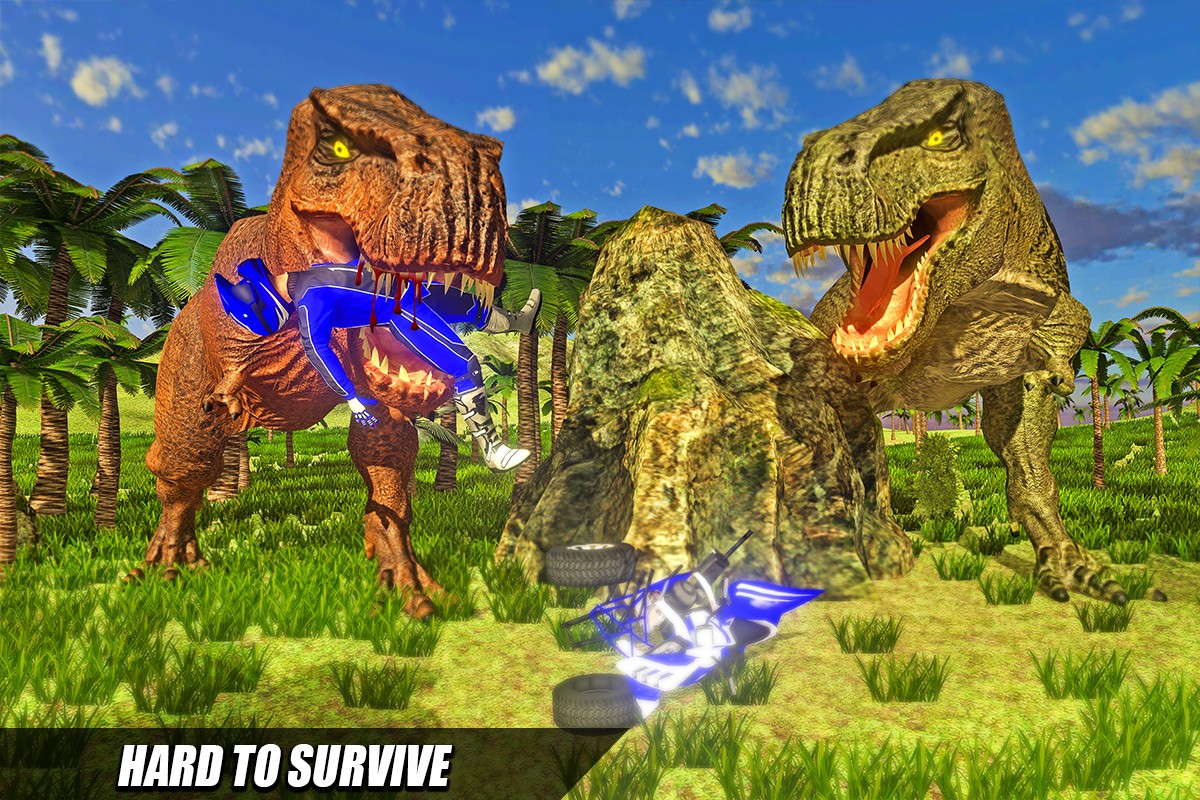 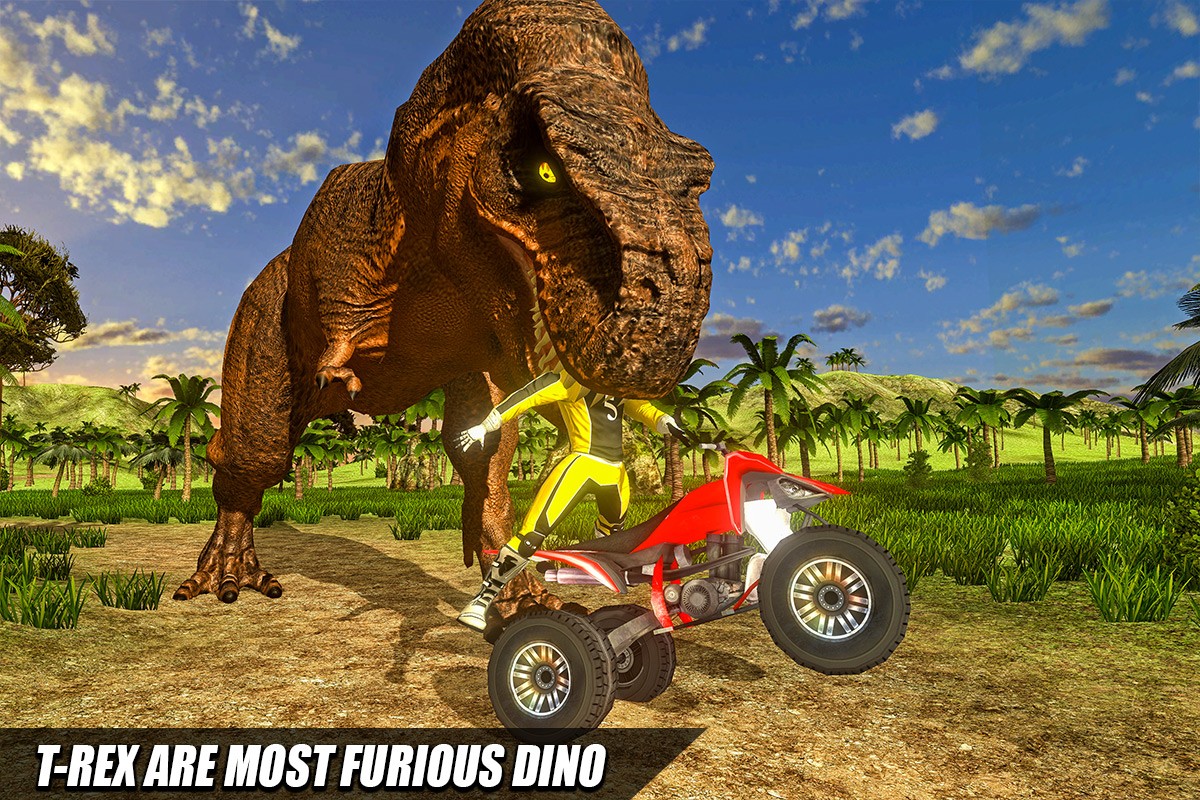 Join the real dino world with your crazy quad bike race in as Jurassic adventure rider. This fast racing game in the world of dinosaurs with your ATV quad bike will surely make you happy. This quad bike racing game you will feel the thrill of riding bike among the dinosaur beast among the Offroad Mountains. With dino world bike racing you need to be a perfect dino bike rider in the huge Jurassic land in this dirt bike and ATV games. In this bike racer game 3D there are multiple quad bike racers and you have to race with them with this modern motor bike racing game. Start your moto quad and drive around the offroad hilly area in Dino World Quad Bike Race – Jurassic Adventure. Play for the thrill atv bike riding and dino bike racing and show your atv dirt driving skills.

Drive fast your atv motorcycle because there is no traffic rush in this dino bike game. Amazing offroad bike race is more difficult to play especially between the T-rex and dinosaurs. Become a dino world bike rider with your ultimate quad motorcycle. Be an extreme racer with your quad bike and prove that you are the most fast, intense and competitive off road rider. While dodging dinosaur on a high speeds, cross all highlighted check points! earn points and you can unlock other better and faster racing atv bikes. Dinosaurs are walking in the Jurassic territory and you need to drive your sports bike through curvy offroad paths around the jungle. This Fast motorcycle ride is a very simple addictive game with bike racing in dino world. Bike racing of superheroes in dino world is perfect game for the lovers of dino bike racing adventure.