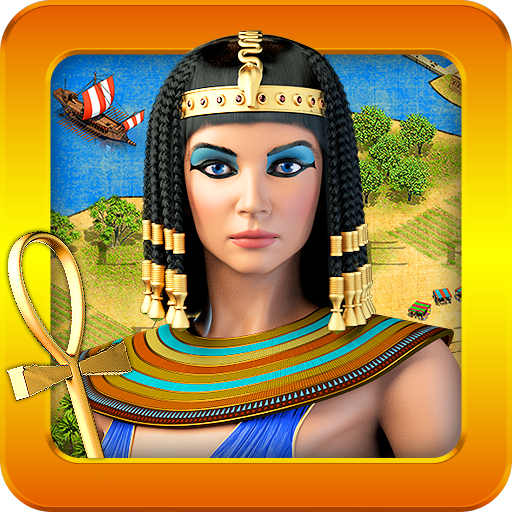 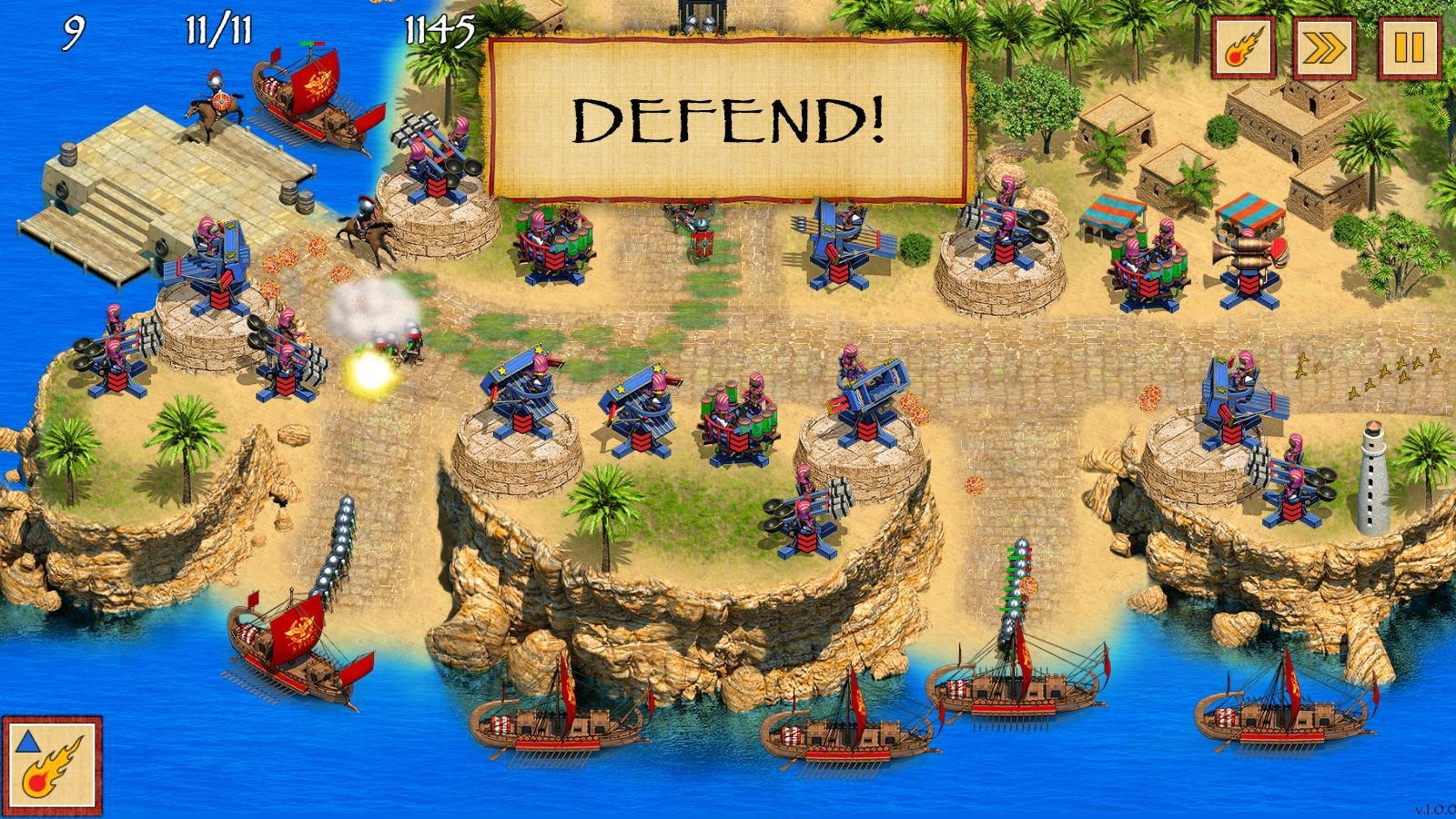 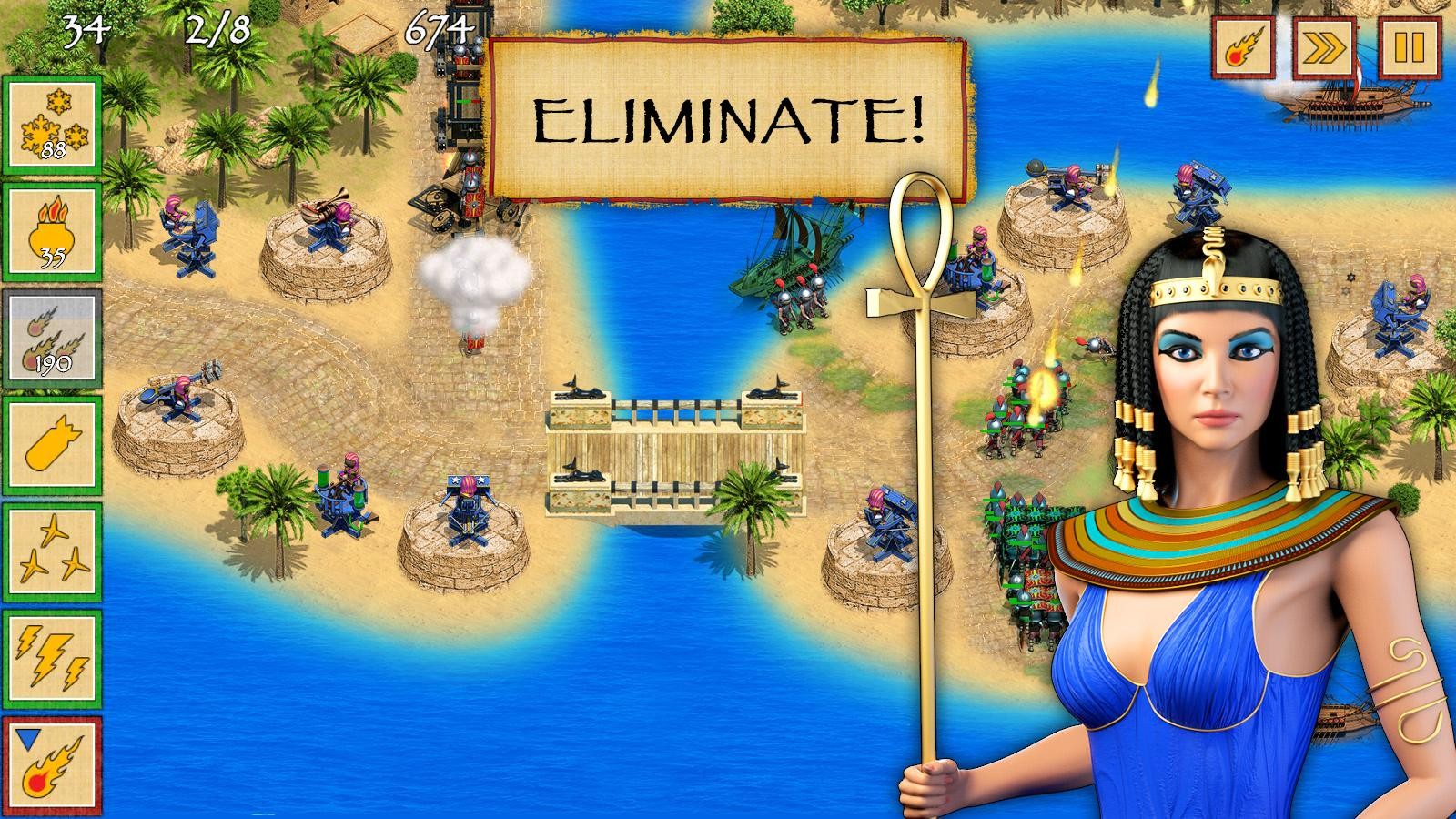 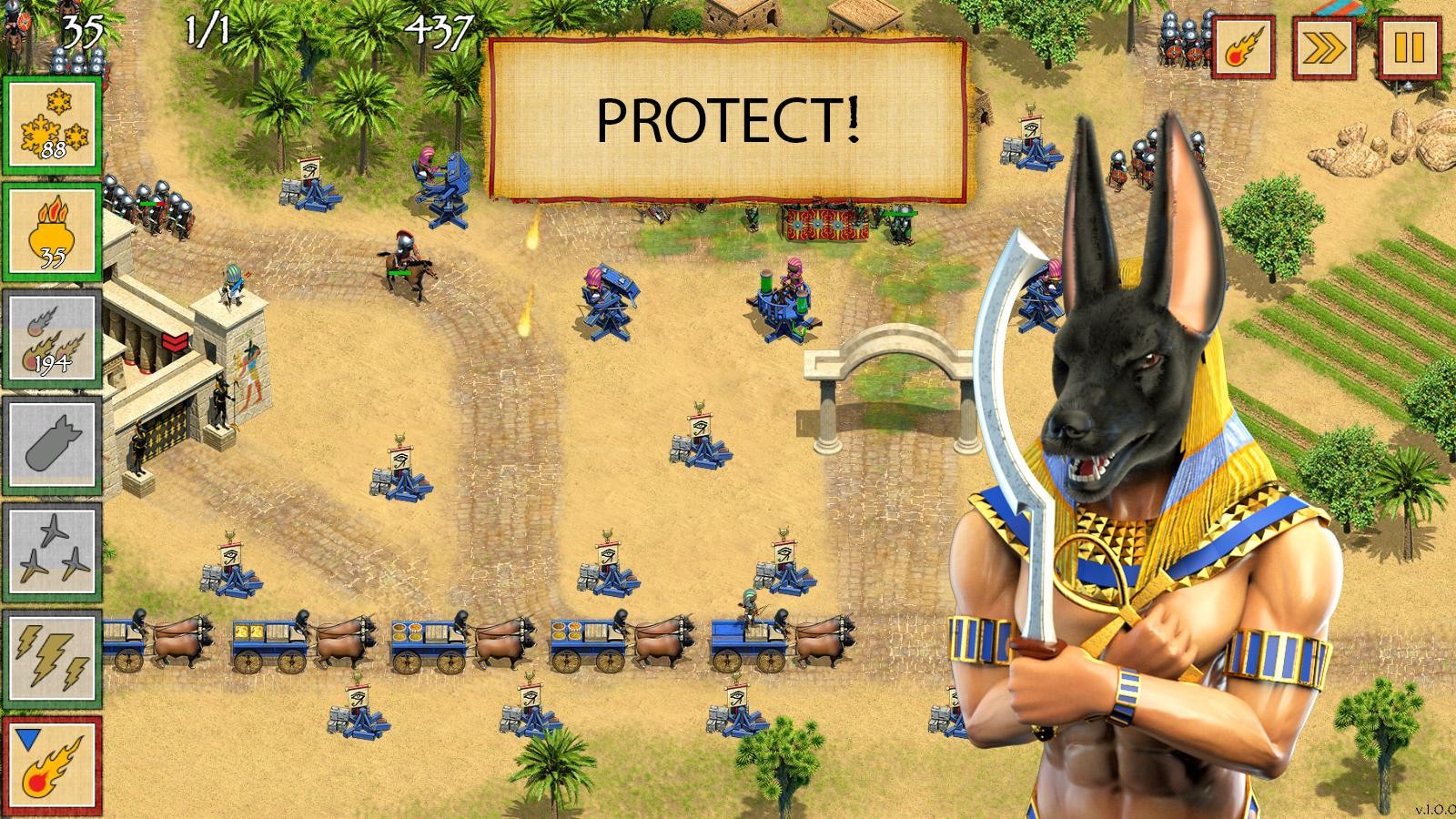 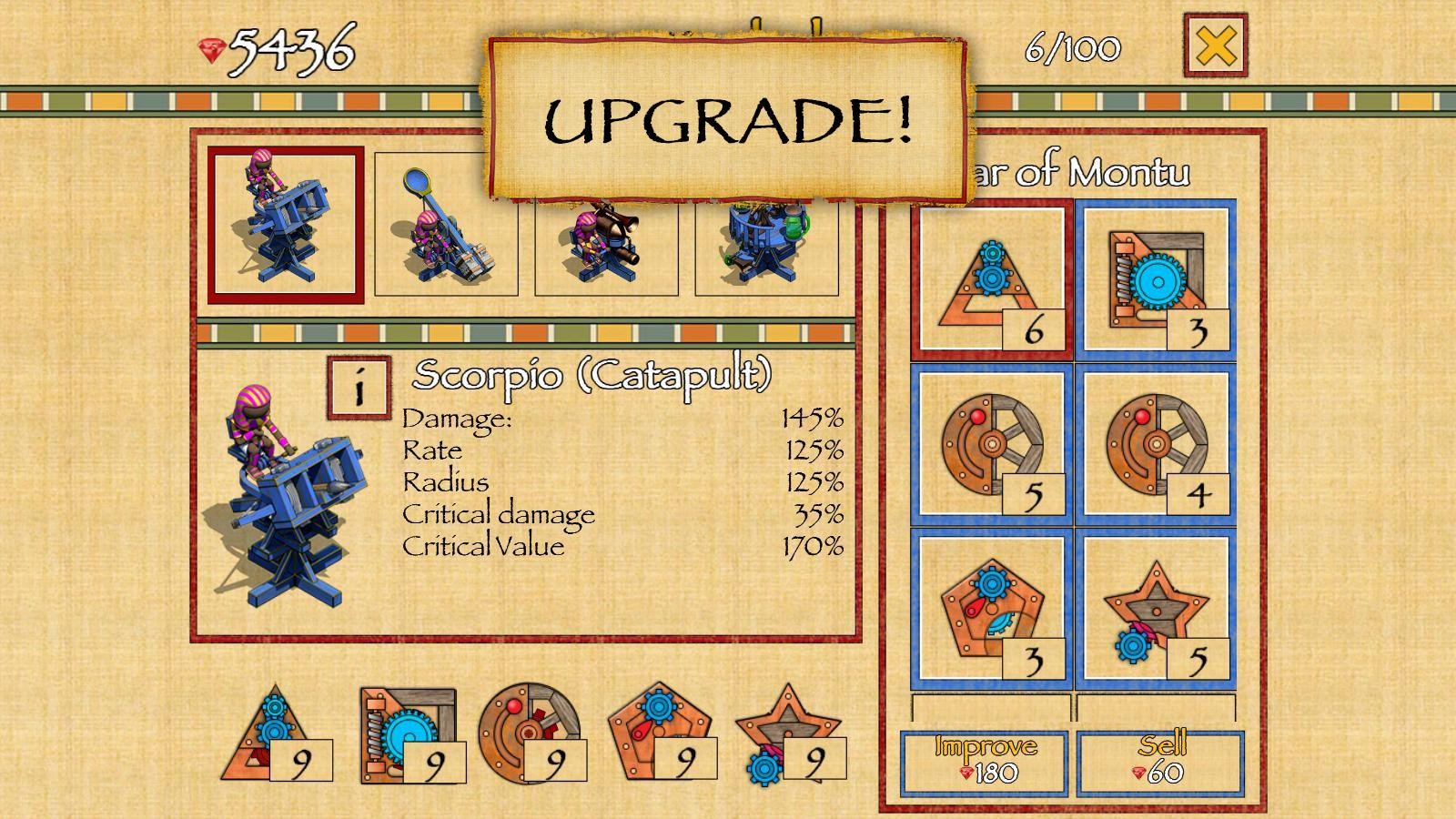 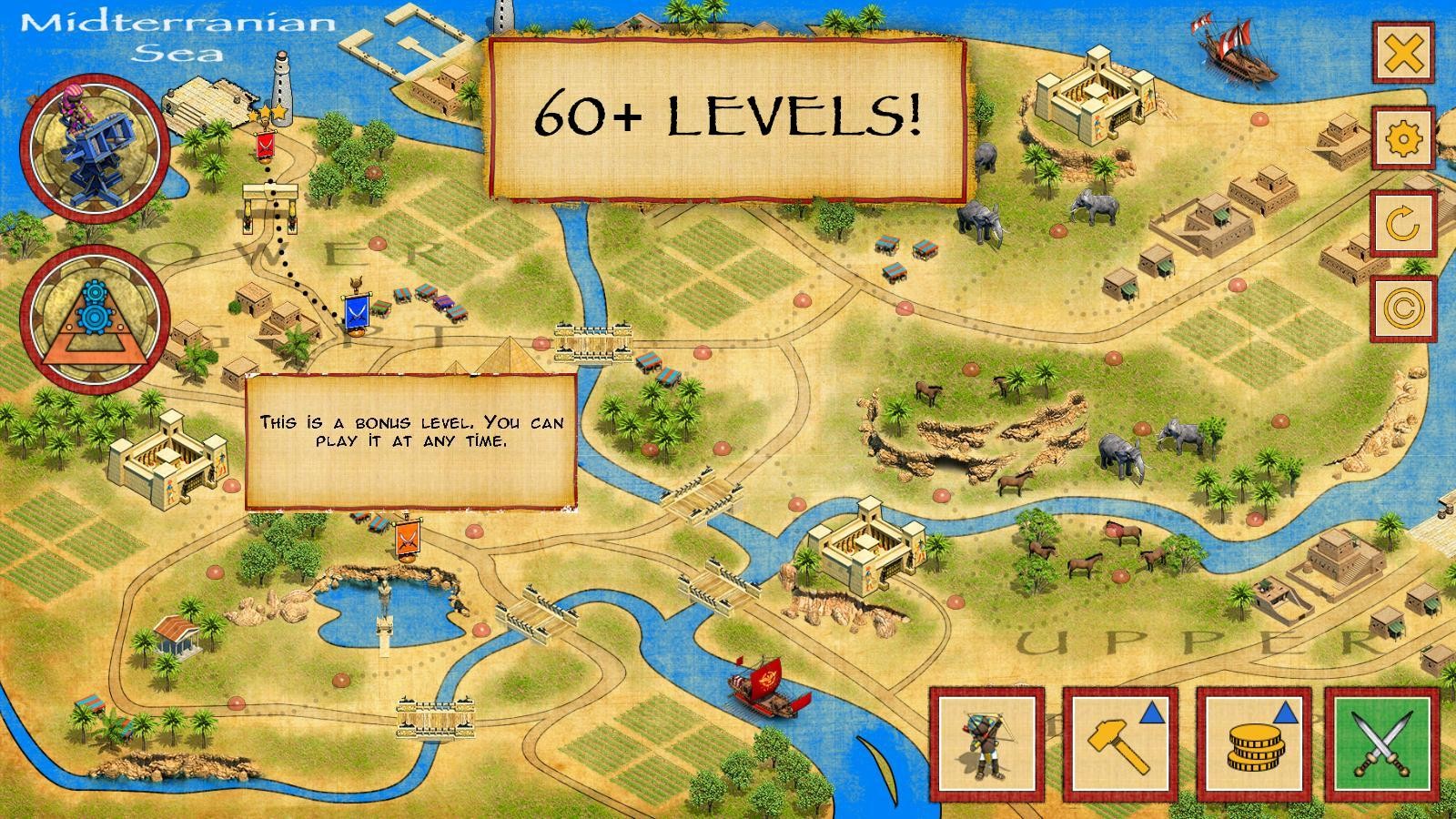 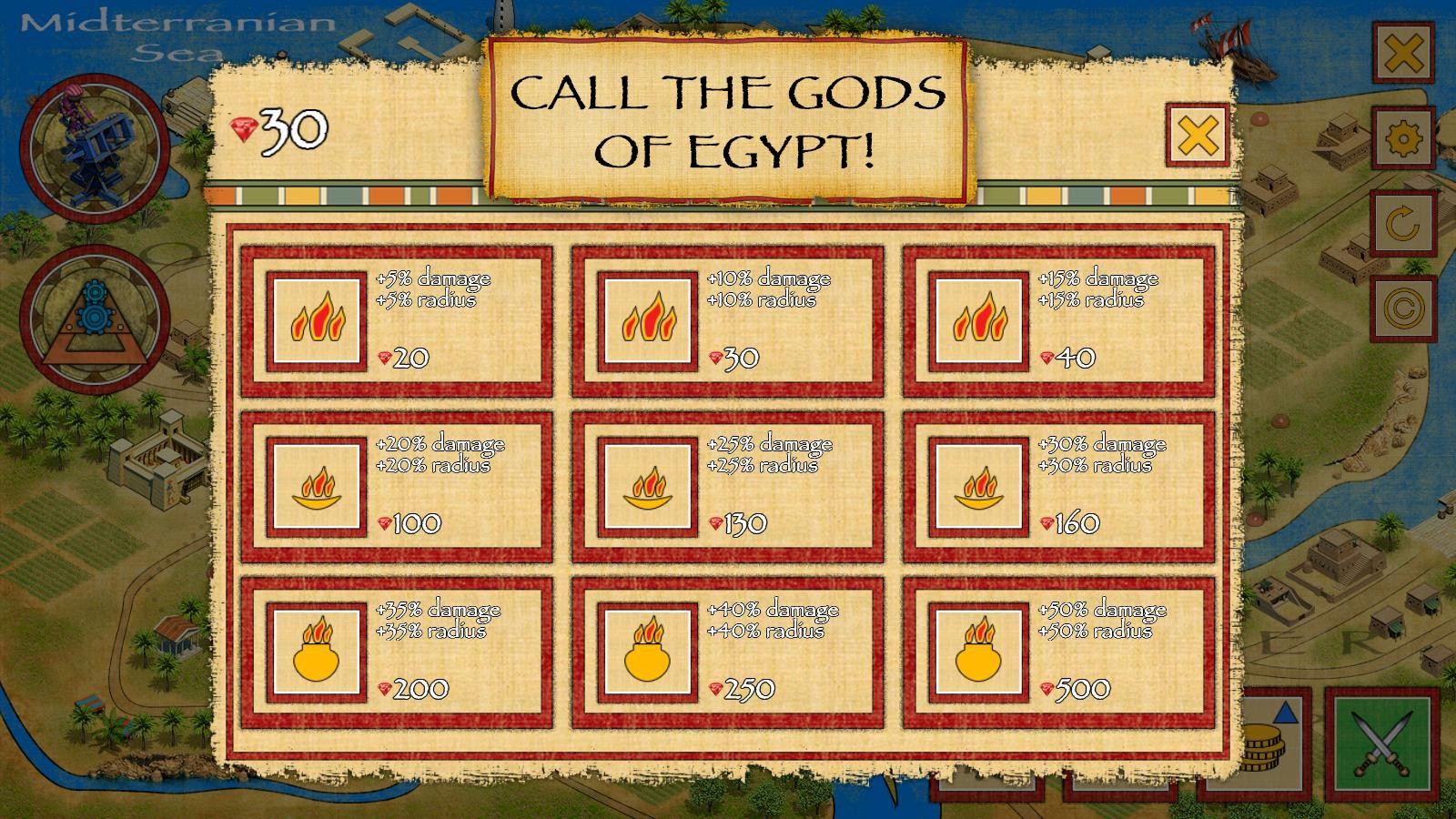 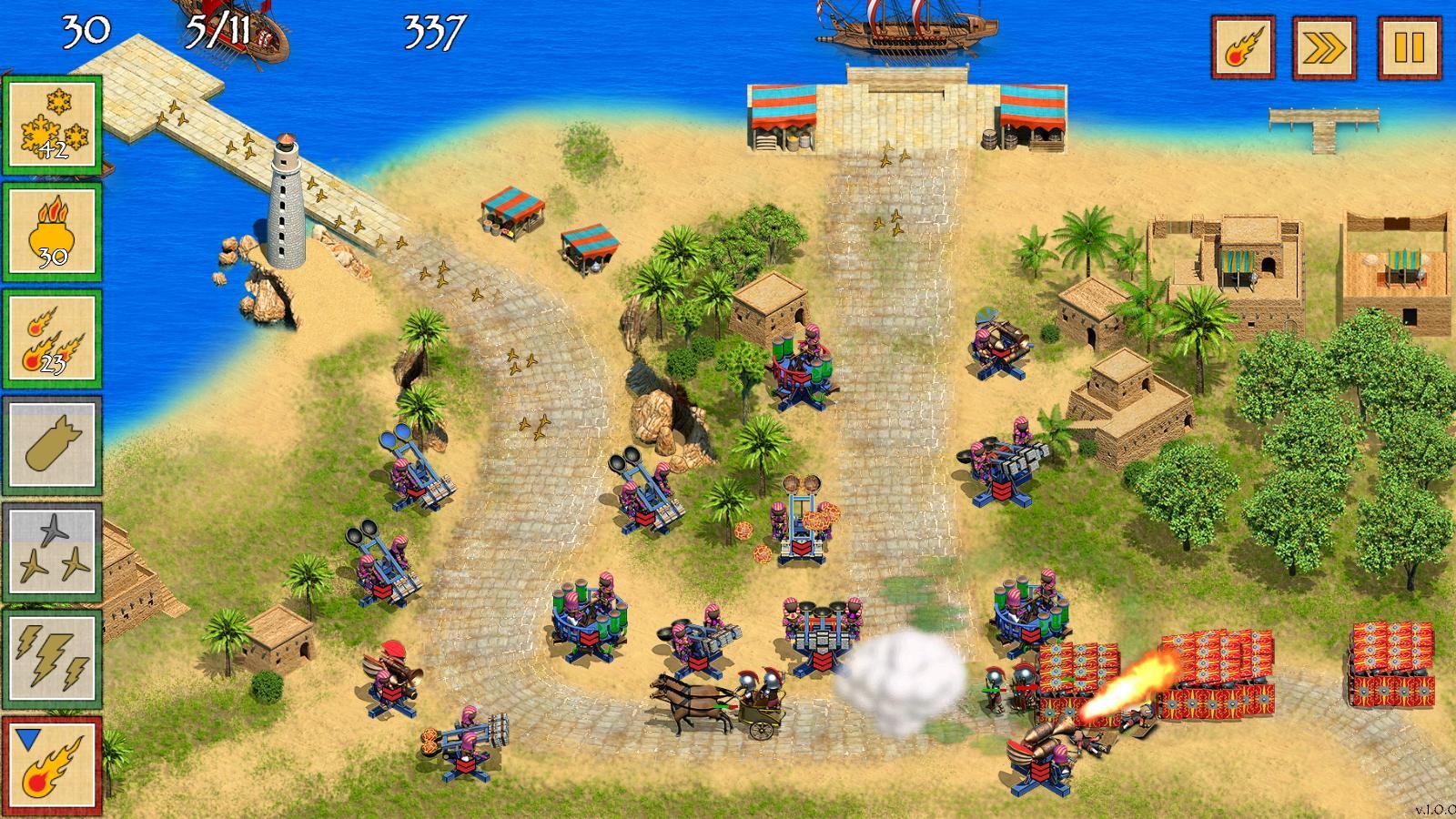 Defend the Egyptian land from the huge troops of enemies.
This battle game (tower defense game) is not just the battle of powerful weapons but also the game of strategy.
You need to plan strategically and use all possible tactics to safeguard your land at the TD game.
Enemies are very strong than you actually think.
Use the weapons smartly and keep upgrading your weapons to the powerful ones.
The gameplay is lined up with an interesting story plot which will excite the players and make this epic battle of Egypt and Rome very indifferent.
The TD game is designed with great colorful 3D graphics and awesome sound effects to give the real experience of the battlefield.
The controls are made easier for the player to control and fight against their enemies.
Use the right weapon and attack the enemies with a strategy to protect your land and people.
Every level is going to be lot more challenging with more than 16 types of killer enemies and almost 6 types of deadly weapons that are used during the battle. The game is designed with more than 60 adventurous fierce battles and exciting quests. "Defense of Egypt" also features 5 types of established gears for influencing the characteristics of combat vehicles, with an option to improve them.
The Egyptian dynasty now lies in your hands.
Make smart and strategic plans to win over your enemies.
Upgrade your weapons to the more deadliest weapons like grenades, guns, rifles, bombs, fire, frost and lot more. Set up the ancient Egypt by fighting against your enemy.
The game is available in 4 other languages English, French, German and Russian to make the gameplay more interesting.
With 60+ challenging levels, 16+ types of killer enemies, 6+ types of deadly weapons and 5 types of gear establishments the game is perfect for players from all age groups.
You will love the TD game!
Help the beautiful Cleopatra!