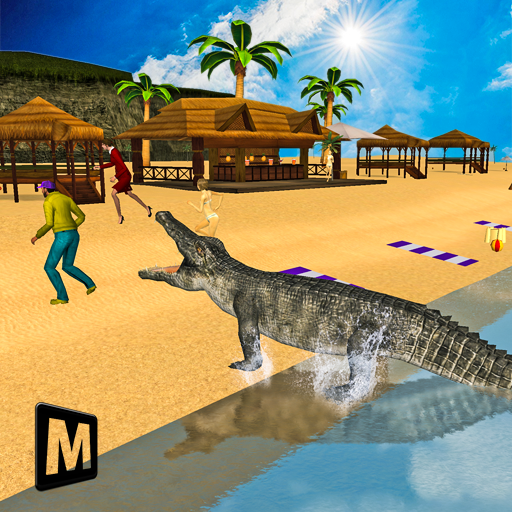 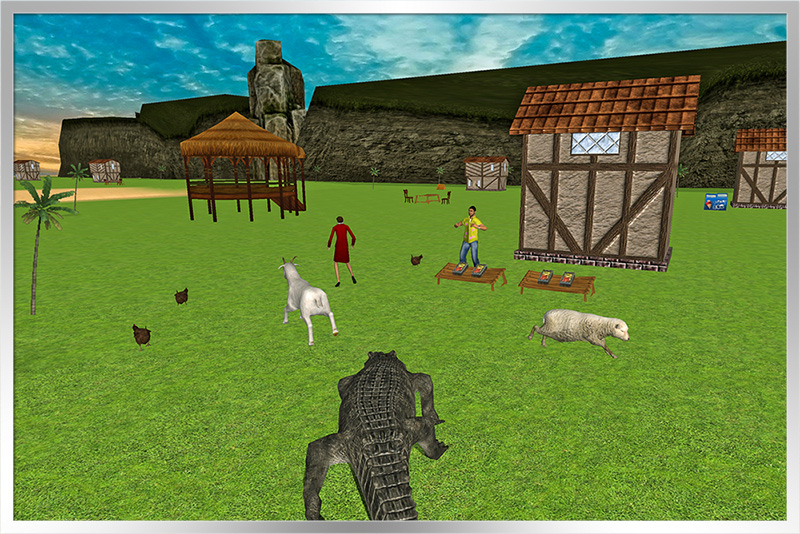 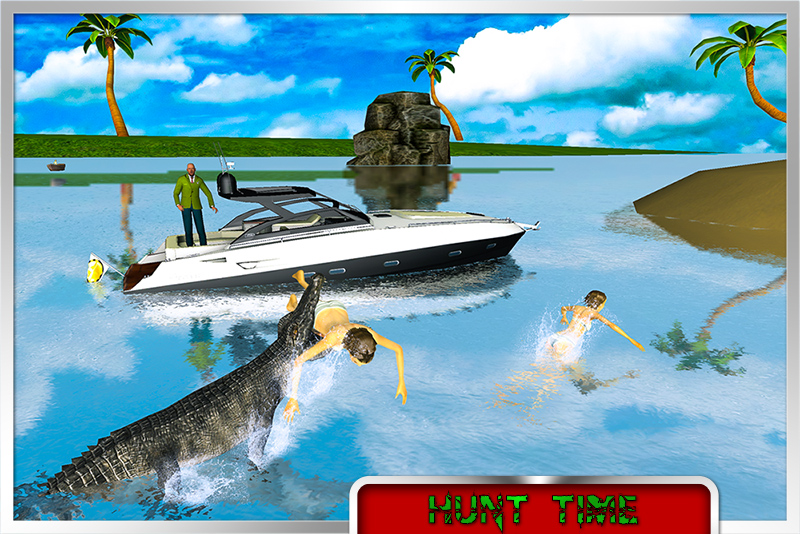 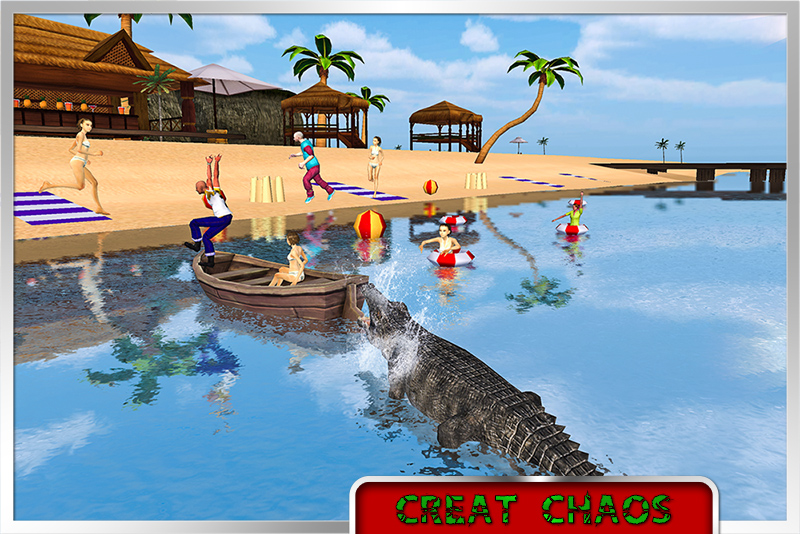 Have you ever wondered what it is like to be Wild Crocodile?Crocodile Attack 3D Simulation game is full of anger and pride of the angry swamp crocodile, use your animal instinct and attack other animals and peoples with dangerous power and rage.Be a part of epic battle between survival of the fittest in animal simulators. Survive against wildlife reptiles in this ultimate crocodile simulator. Take control of most wild predators reptile swamp monster, all animals in beach are scared from the bloodthirsty hungry eyes, sharp teeth, deadly roar of the wildlife simulator alligator rampage. Download this crocodile simulator and attack on dangerous beast of prey wild predators.

This swampland beast terrorizes all animal and living creatures with its deadly wild nature. Play as wetland carnivorous reptile and crawl towards people and animals to attack them in this crocodile simulation game.Swim and Crawl! Hunt and Attack! Brand new fun crocodile simulator game for entire family all age youngster boys, girls and teens even mature people can enjoy this animal swamp crocodile realistic simulator with unlimited fun.

An angry giant renegade crocodile swim through swamp dark water found its way out of woodland and entering in populated city area. People are screaming and running to save their lives from might jaws of this predator deadliest hunters. Play as hungry alligator crawling to farm house and attack everyone comes on your way. Hunt some yummy animal’s chop some fish make them prey for the empty stomach of this wild giant gator. Attack people in the boat, farmhouse or anywhere you get in this map of animal simulators. Alligator family attack boats do crocodile hunting and kill these dangerous animals.

Play as a huge crocodile predator and learn the fun of devouring your prey. With an appetite as big as the size of this water beast, you can hunt and eat anything. See the world as an angry monster that will attack anything it sets its bulging eyes on. Control this giant in water and on land.
This seemingly easy task is compromised by hunters ready to shoot on sight. Attack the people on boats and on the beaches with your massive jaws to create some havoc before they escape. Complete your hunt before you get hunted yourself!You had played goat, snake, lion, horse, humpback whales, wolf simulator now try your hands on controlling angry wildlife simulator crocodile. Swim in the swamp or crawl through dark water or lush greenery environment with dangerous animals & humpback whales. Crocs are deadliest hunters they eats people hunts down these crocos in this realistic simulator.Be a Wild Crocodile and survive in the wilderness as long as you can. Fight against fierce animals like lion, elephant and rhino. Evolve your Crocodile to become the strongest Crocodile in the world.

Try out this fun Crocodile simulator and learn how it’s like to be a hungry gator! It’s your turn to be angry NOW!