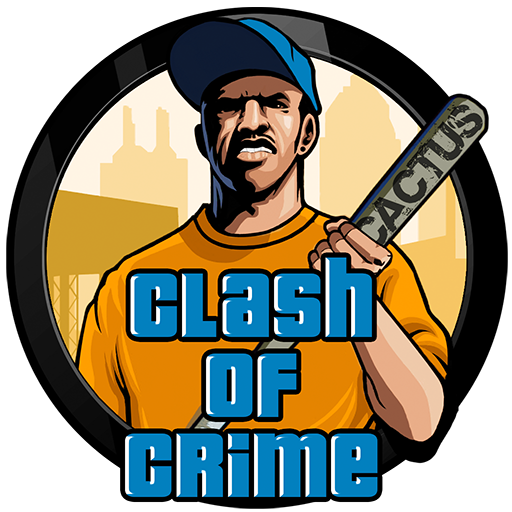 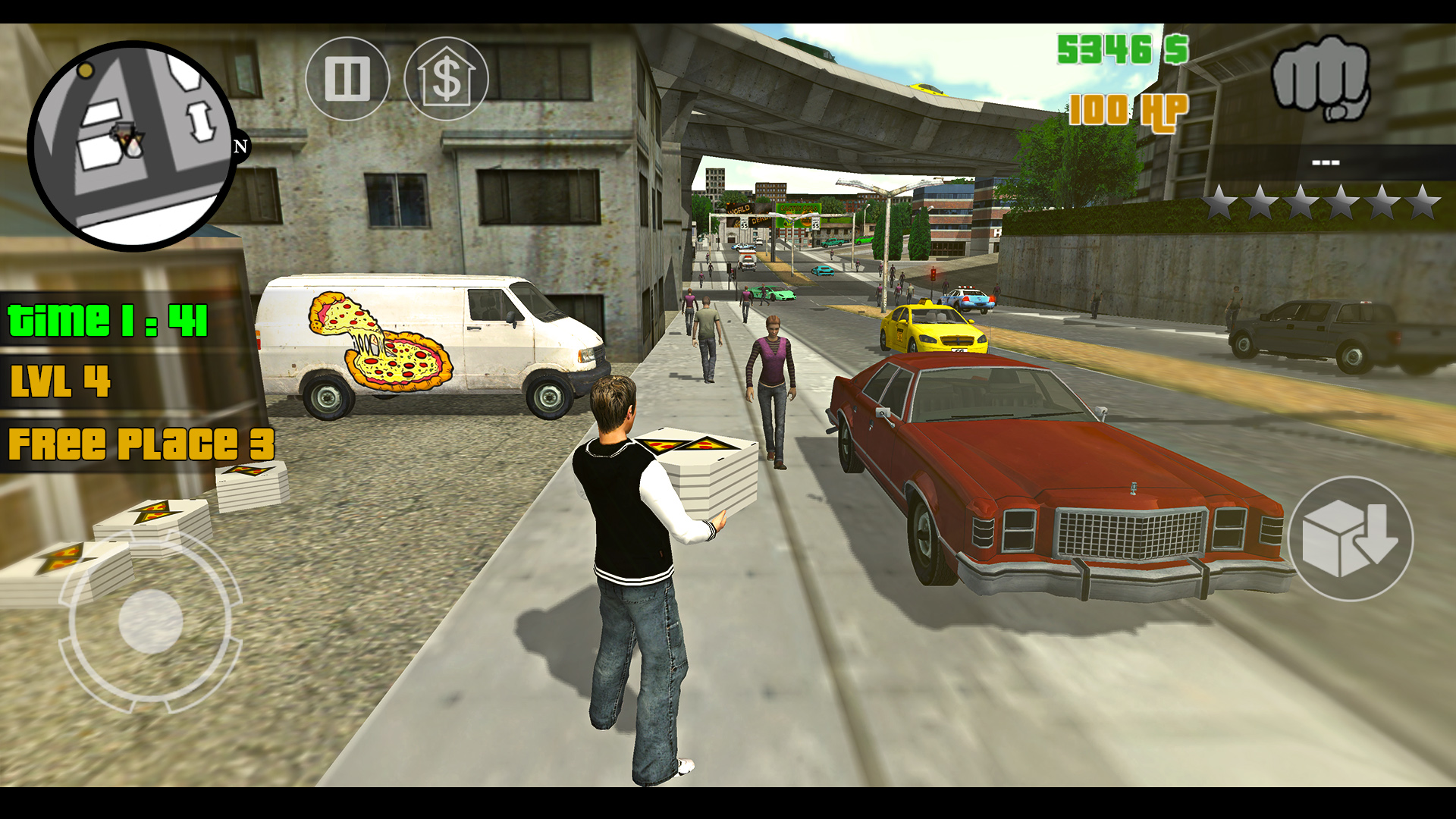 Deceive police, double-crossed the mafia, have fun, go for a drive on steep sport muscle cars, earn money at various works, promote your authority in the eyes of large mafias, that all depends on you! A huge number of weapons, awesome cars, girls, shootings, car pursuits, actions in the first part of the famous game Clash of Crime Mad San Andreas!

Reload your weapon, hit the gas and hold on tight - it's the most colorful action in your life.
Clash of Crime open a new world, bringing to life the dark and seedy underworld of San Andreas. With a massive and diverse open world, a wild cast of characters from every walk of life and the freedom to explore at will, Clash of Crime Mad San Andreas puts the dark, intriguing and ruthless world of crime at your fingertips.

SHOCKING SAN ANDREAS
√ Any blockbuster envy for the plot of this game!
√ A lot of hurricanes JOB
√ A variety of storylines
√ A huge number of jobs to earn first money: pizza boy, taxi driver, ambulance driver, and more
√ San Andreas, a huge urban sprawl ranging from the beach to the swamps and the glitz to the ghetto, was one of the most varied,
complete and alive digital cities ever created.

A RIDE ON THE WILD SIDE
√ Access INSANE WEAPONS, powerful arsenal of weapons and other equipment
√ A huge car park, where you will find the pick-ups, muscle cars and even helicopters
√ Combining open-world gameplay with a character driven narrative, you arrive in a town brimming with delights and degradation and given the opportunity to take it over as you choose.

MAKE TROUBLE, GET WANTED
√ Go away from stubborn cops pursuits, perform tasks from Mad Joe, he will raise you in the eyes of the city's major cartels
√ Plot and  gameplay are woven into a single unit
√ Earn money in a variety of missions, theft vehicles, murder gangster-rivals, obey the orders of the mafias
√ Become a real old school San Andreas Gangster
√ This is a story of one man's rise to the top of the criminal pile

Game storyline:
A young boy named Nick, has been living for 10 years in the Ghetto, and he constantly needed money for his existence. He works pizza guy, as a taxi driver, changes one job to another, but the debts are increasing.
His old pal Mad Joe proposes him to  solve problems by working for the mafia. Nick agreed by the desperation. But it is not that simple, mafia rejected him because of his terrible past and asks him to get out of the city, because earlier Nick murdered the half of this mafia, when they were opponents.
Nick performs orders from mafia, that were given for Mad Joe. He do it to enhance his reputation in mafia, and to revenge to the main boss of cartel in San Andreas.
You have just become the most wanted man in the city. In a place where crime is everywhere, you will have to hold your gun tightly and take part in the wildest mafia wars ever!
City of sins and vices. The city of bright lights and dark alleys. The city where you can become rich suddenly, and just as quickly lose your life. Welcome to the Clash of Crime Mad San Andreas.

Clash of Crime Mad San Andreas will be updated regularly with your suggestions. Don't forget to leave a review with your feedback.
This is Grand Theft Auto - styled game, like GTA San Andreas, Mad City Crime.