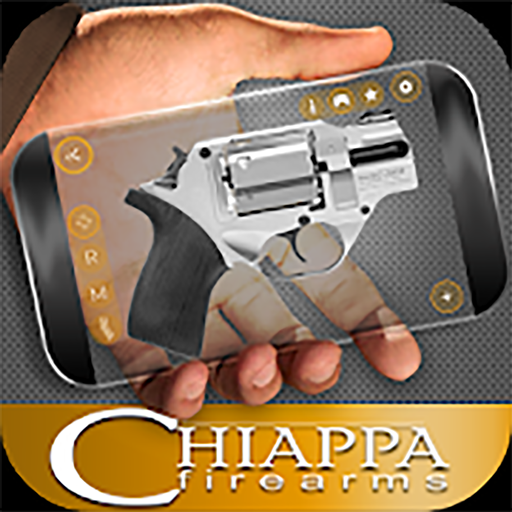 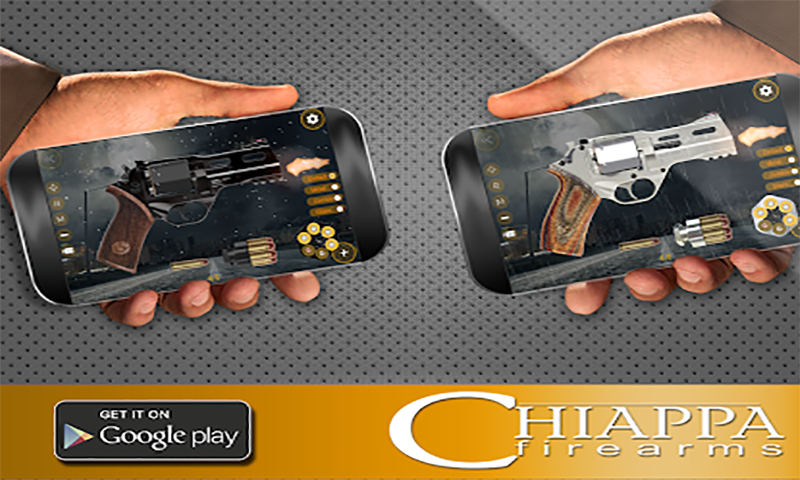 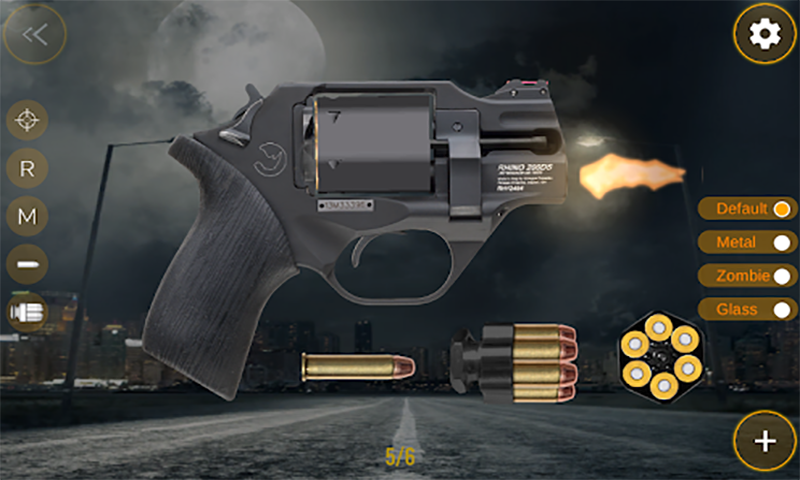 Chiappa Rhino Revolver Sim is a new gun simulator app for Android! Inspired with great Chiappa revolvers, we came up with an idea to make this weapon simulator that will realistically simulate the work of Chiappa Rhino.

Chiappa Rhino Revolver Sim app is a weapon game that will bring you a lot of fun and we are sure that you will never be bored again with this revolver simulator. This simulator game also gives you the possibility to learn something more about Chiappa Rhino revolvers. You have an option which enables you to see more details about their guns and takes you to the official website of Chiappa Rhino revolvers where you can read everything you need to know about a certain revolver.

Chiappa Firearms is an Italian industrial corporation and we are certain that all lovers of guns and weapons have probably heard of Chiappa Firearms. If you are one of them, an admirer of this amazing company, then we are sure that you will enjoy playing with this gun simulator and our representations of their guns.

Chiappa Rhino Revolver Sim app has been created for entertainment and promotion purposes only.