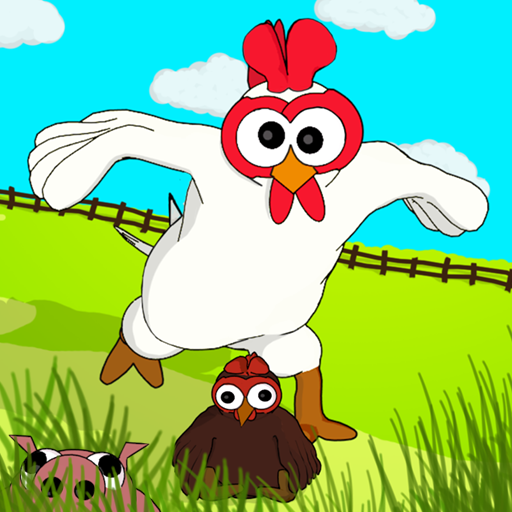 Battle Cocks: War on the Farm 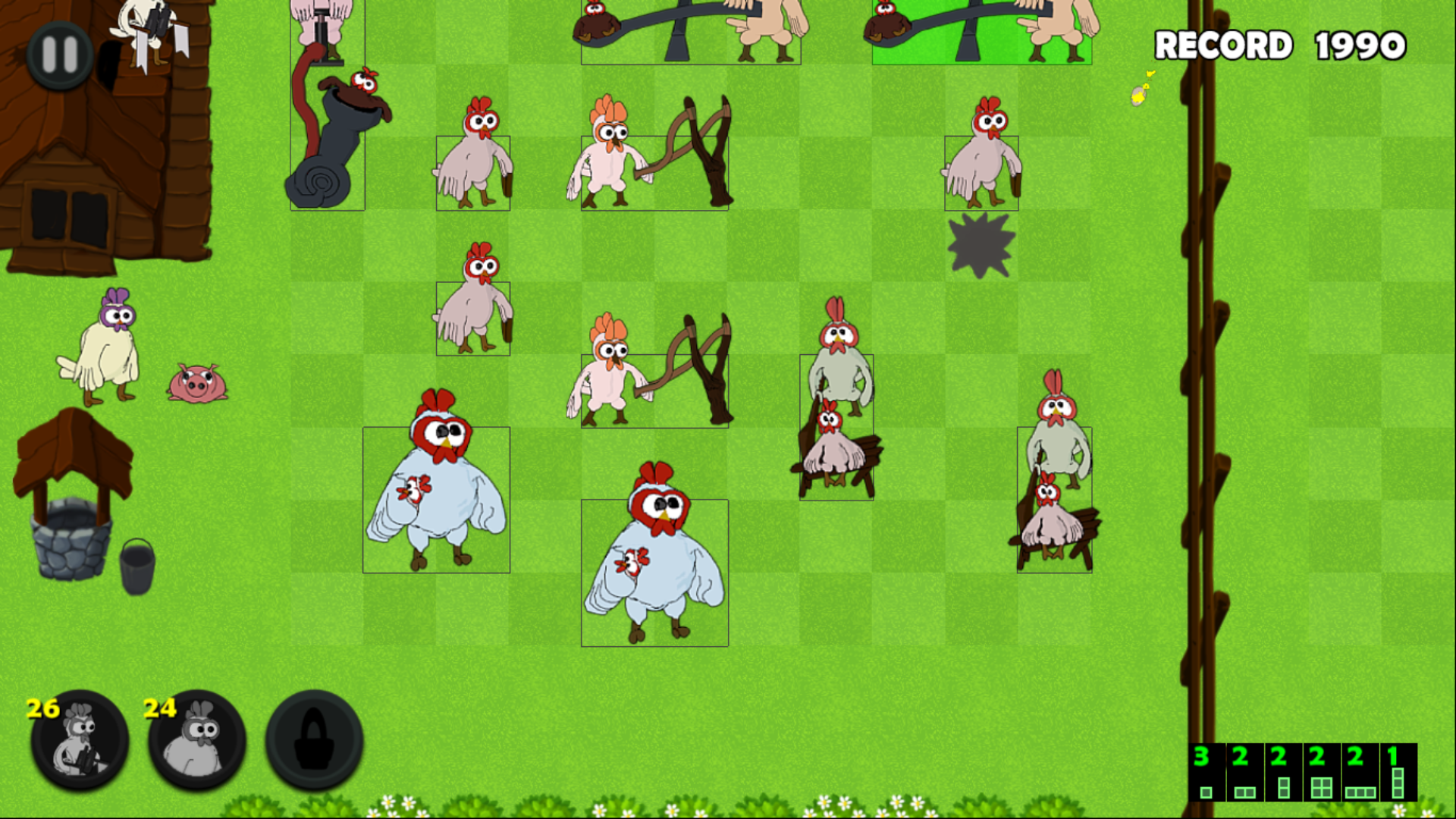 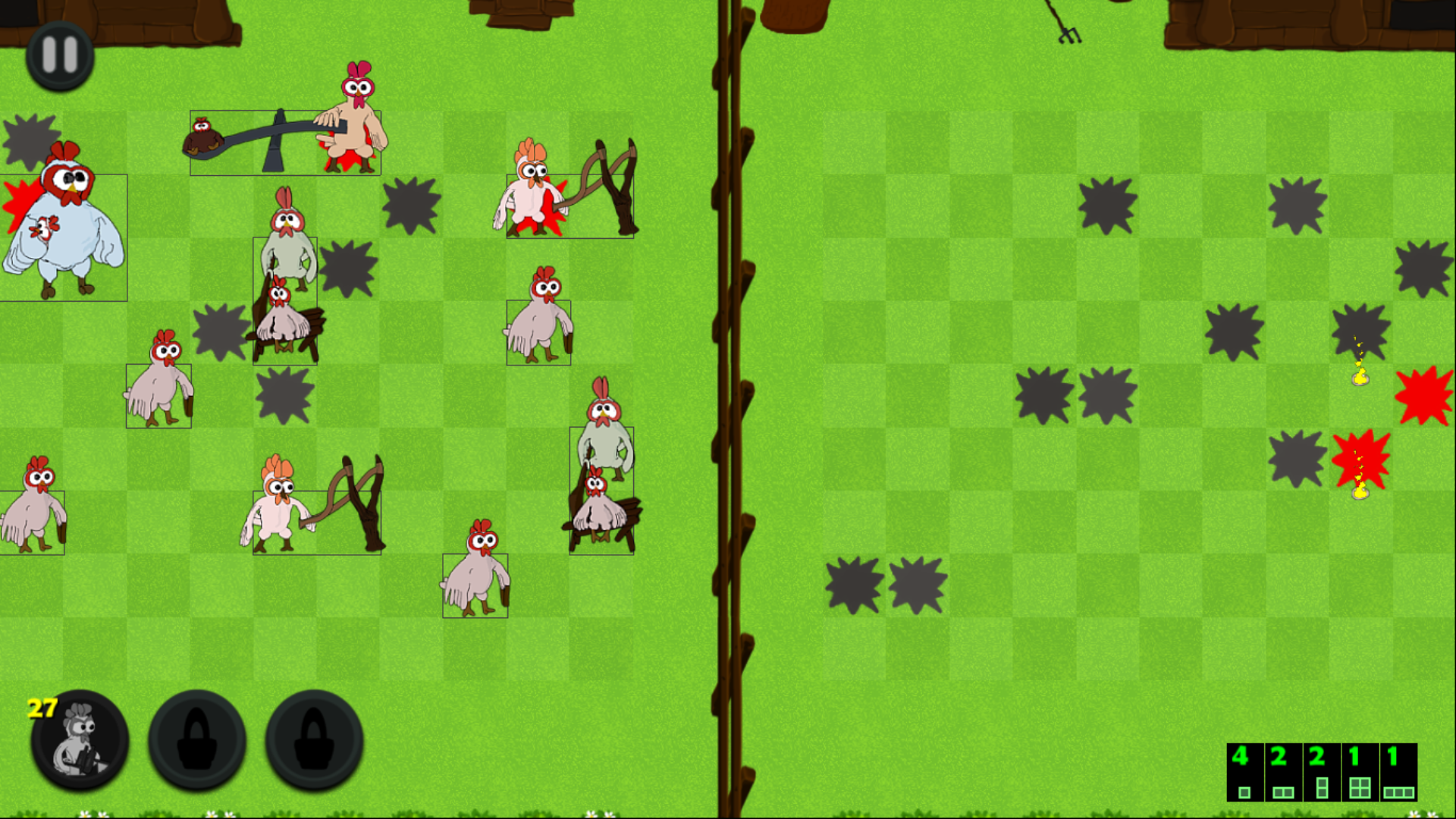 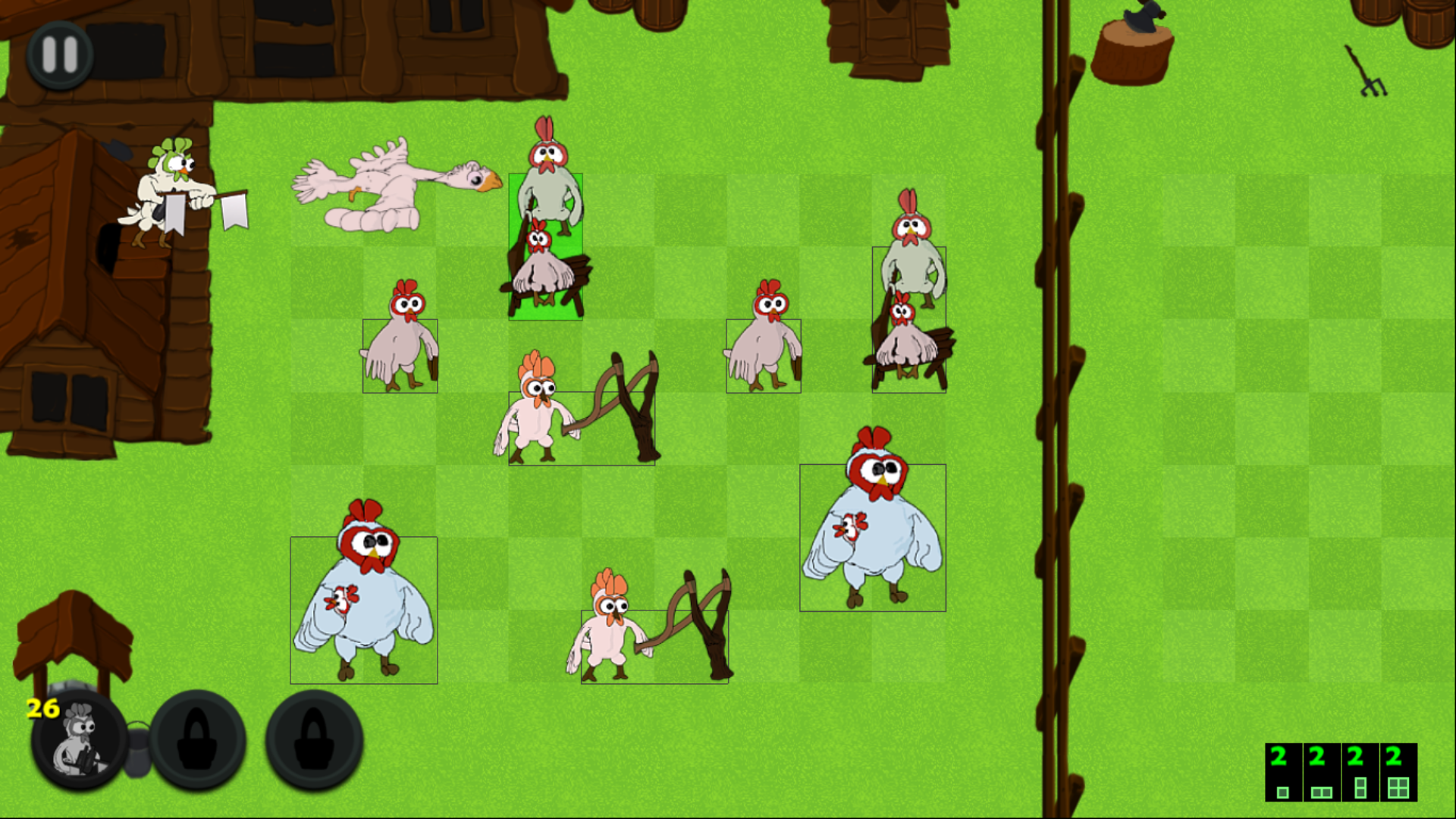 Control a squad of funny battle cocks and smash the neighboring farm to splinters!

This story begins with a tough confrontation between two farms where cocks live. One day a fierce struggle for new lands begins. The division of spheres of influence on the farm leads to a real cockfight.
The winner gets everything - new lands, the authority of the owner and the attention of the chickens.

Battle Cocks: War on the Farm is a humorous casual indie game whose goal is to defeat cocks on an enemy farm.

The gameplay is similar to the game "Sea Battle", with some improvements.
The goal of the game is to detect and destroy enemy cocks in the neighboring field.

There are two fields. First, the player places the fighting cocks on his field and proceeds to a shootout. Shots are fired alternately. The player shoots at the field of enemy fighting cocks, which does not show the location of the enemy.
It is necessary to calculate the positions of the enemy battle cocks and destroy the enemy first. After the player's turn comes the enemy's turn. This happens until the complete destruction of one of the parties.

The strength and weapons of fighting battle cocks grow with each level. But along with this, the enemy's strength also grows, which leads to funny battles.
The winner is the one who eliminates the opponent earlier.

Attention! All characters are fictional, any coincidence is accidental! During the development of the game, not a single chicken was harmed!