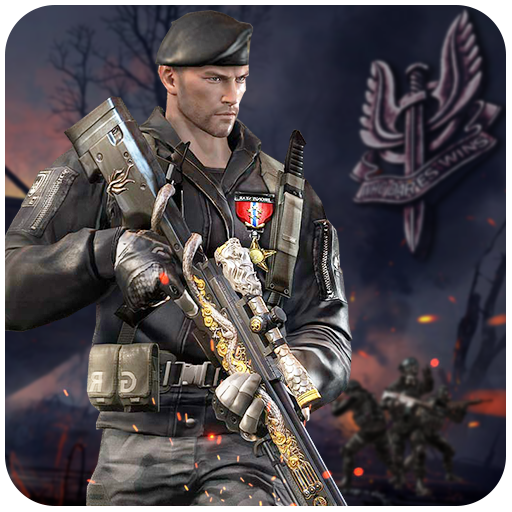 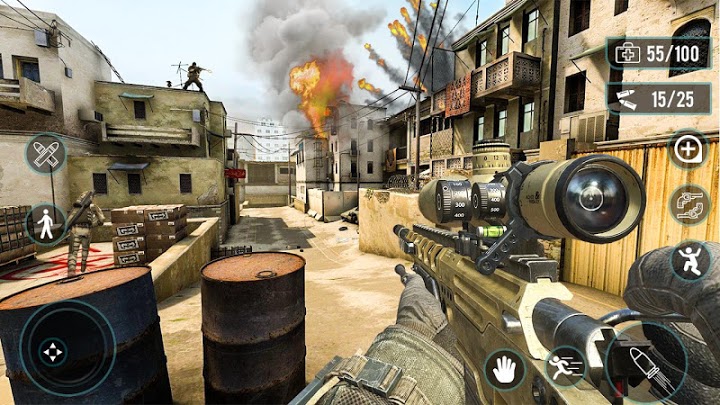 Army Commando Attack is a sniper shooting game. Lead army commando in war against terrorists with trained IGI commandos in battlefield. Eliminate terrorists, clear the city and bring peace back to stop crimes with more than ten deadly assault weapons in this rampage game. Army Commando Attack is a FPS shooting game. Get ready to face the enemy inside a city with no one around to help except you. You have to be survival war against terrorists alone in this battleground without any backup. Kill terrorists in survival war in each level; the only mission you got is to kill all the terrorists in this real commando attack rampage game.

You are one-man army and sole surviving in Army Commando Assault and now you need to use all your specialized skills for survival war in the battleground. Fire bullets as much as you can to kill your enemies and terrorists who are well trained. Act as a secret military agent and elite commando save innocent people from terrorist’s attack in survival war rampage game. This commando attack game is too much fun for action game lovers. Eliminate the enemies from the city by using secret agent skills and save the city from enemies. Be a real commando survival war and show your sniper shooter skills against terrorist. Play modern military operation in this army sniper shooting action game.
Army Commando Shooter has 5 different levels which you have to complete for winning the game. These missions include: Arena23, Aftermath, The Hunt, Karcho and Destroy City. All missions have different number of enemies and these terrorists are well trained and well equipped. Be careful about the suicide bombers, they can attack back any time. Army Commando is a first-person controller game with great quality graphics.

You will like to play this survival war Army Commando game because there are advanced weapons, different guns and explosives used in the missions. You can unlock latest weapons by earning coins after completing each mission in this shooting game. You can also pick weapons of your enemies after killing them. You can jump, run and kill the attackers just like an elite commando used to do.

In army commando attack, you got city map where you can track terrorist using your mini map and shot them before they hurt you. The 3D shooting game graphics are amazing you will enjoy playing it on city map. This military commando shooter 3D action game is one of the best thrilling shooting games. There are different areas which you have to sneak through for the completion of military commando attack mission in each stage. There are a lot of deadly missions in which you need to run, jump, fire, kill enemy commandos and you will get a lot of enemy waves in survival war which will increase your difficulties with each level.