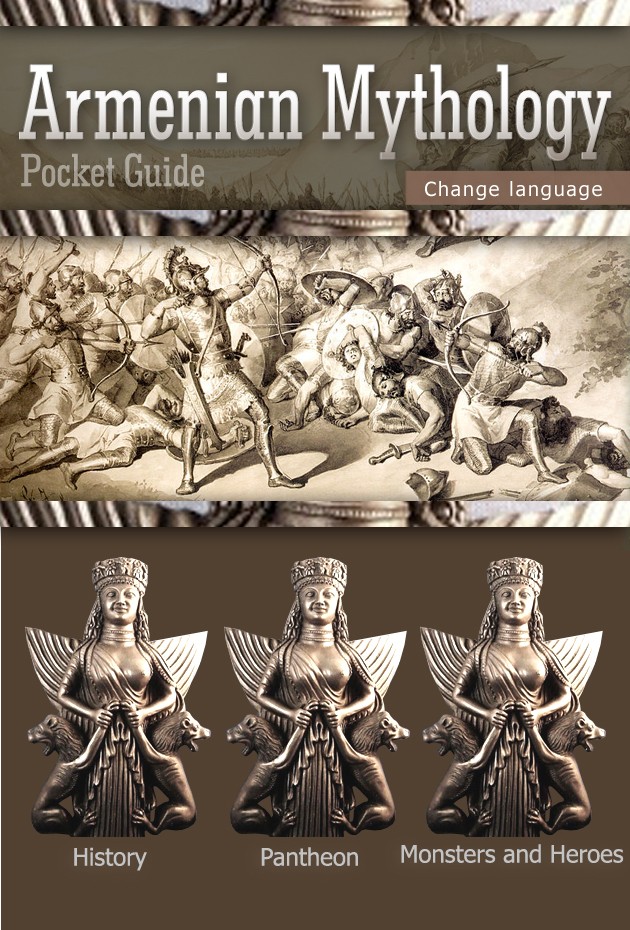 Armenian mythology began with Urartian origins, gradually incorporating Mesopotamian, Iranian, and Greek ideas and deities. There are signs which indicate that the ancient Armenians were initially nature worshipers and that this faith in time was transformed to the worship of national gods, many of which originated in neighboring cultures.

The pantheon of pre-Christian Armenia changed over the centuries. Originally Urartian in nature, the pantheon was modified through Semitic, Iranian, then Greek influences.

Formation of Armenian mythology
The pantheon of Armenian gods (ditsov) formed during the nucleation of the Proto-Armenian tribes that, at the initial stage of their existence, inherited the essential elements of paganism from the Proto-Indo-European tribes that inhabited the Armenian Plateau. Historians distinguish a significant body of Indo-European language used by Armenian pagans as sacred. Original cult worship is a kind of unfathomable higher power or intelligence called Ara, called the physical embodiment of the sun (Arev) worshiped by the ancient Armenians, who called themselves "the children of the sun". Since ancient times, the cult of sun worship occupied a special place in Armenian mythology. Also among the most ancient types of worship of Indo-European roots are the cults of eagles and lions, and the worship of heaven.