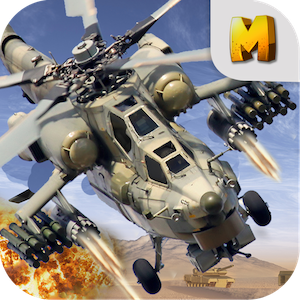 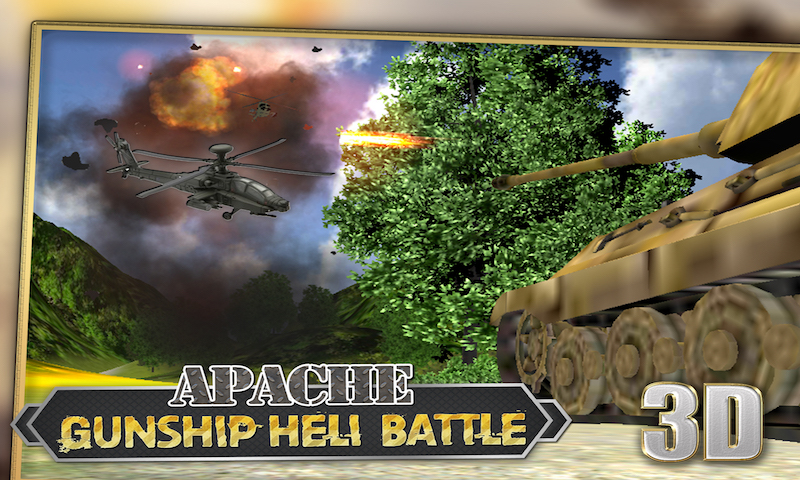 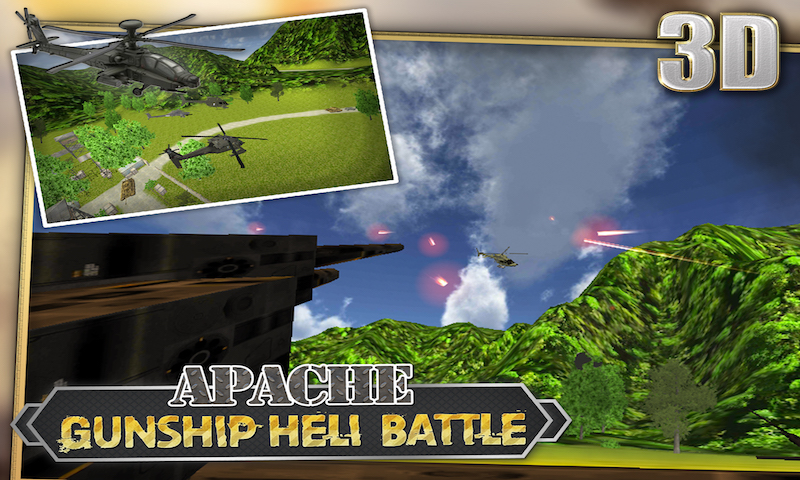 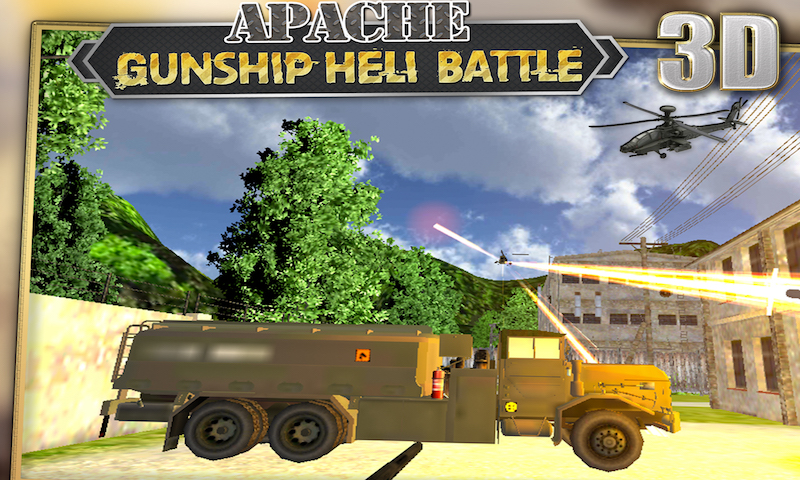 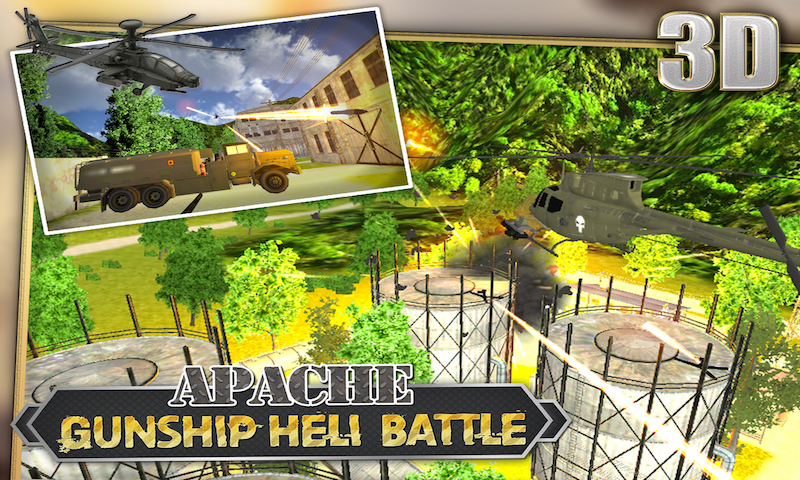 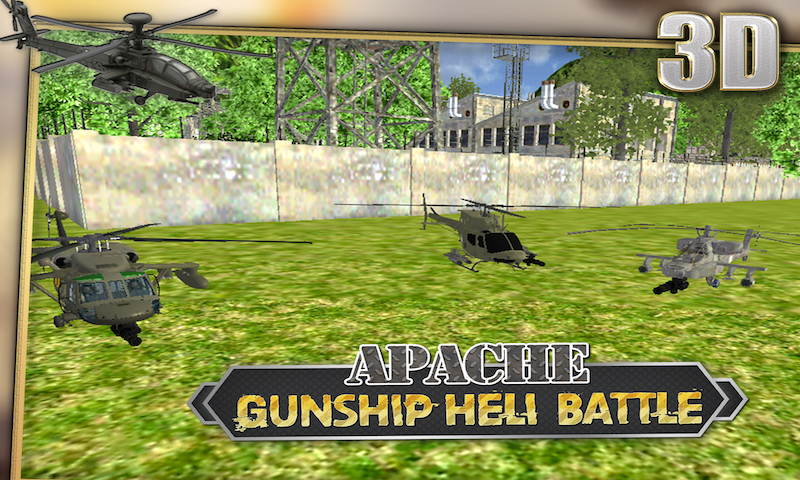 It’s high time for the Final Gunship battle and air strike to nail down the enemies! This Apache Gunship Helicopter Battle 3D is an ultimate, battle helicopter simulation game, take control of the most advanced Gunship Heli chopper and helicopters hovering over the red canyon, report to airbase, submerge and simulate straight into the chaos battlefield as you know the are art of modern warfare and engage yourself in the war on terrorism and eliminate all your enemies.

Your call sign is Spartan and as an ace and pro apache cobra helicopter and ex jet fighter pilot, your air force is ready and your wingmen are airborne and simulating the gunship cobra helicopters to back you up in the battle field and get the dominance against the enormous enemy as they are fully prepared for an attack through armed forces equipped with panzer tanks and anti aircraft guns, air force ready for an airstrike with F18, F16, green hornet jet fighters, military base loaded with army snipers and anti air craft guns installed inside the installation and navy battle ships already in deep seas. Your job is to go behind the enemy lines with your wingmen and take down all your enemy and destroy their backbone, derailing military base equipped with heavy artillery and assassin all sharp sniper shooters through Ariel attack, this gunship mission is full of perils, so enjoy this free online helicopter game of Apache gunship helicopters battle and conquer your dreams. Attack your enemy like an airwolf and don’t let them regain the dominance over your country.

Engaging and simulating into the world’s most powerful air combat gunship helicopters at your finger tips, like cobra, apache, sea king, get back into action and be the supreme lord of air combats and airstrike and dominate your enemy, engage yourself in deadly combat missions behind the enemy lines. Apache gunship helicopter battle is full of action, combined with stunning 3D graphics, and full flight control simulation, your country defeated the opponent in world war II, ww2 so now to keep the fame of your country, you have to prove yourself as the best Apache and cobra gunship battle field and fighter jet pilot of all time, go behind enemy lines and destroy all your targets, in air you will encounter some of the deadliest flying machines fully equipped with stealth tech with support of some great battle tanks like panzer, which will try to put you down in the battlefield.

After successful operation in land and sea, find your way in the middle eastern deserts where all the military bases are set to destroy the fame of your country, you have to face severe and rough weather condition of sandstorms, rain, heat waves, desert storms, face them with courage and rise high as an expert Apache and Cobra gun ship heli battle pilot. Fly high through the red canyon and so take the challenge deadly air strike and air attack and enjoy as a real navy aviation apache and cobra gunship fighter pilot. Disengage your apache gunship from SAM missiles, guided radar systems with your latest weapons and destroy warships and Gunship aircrafts.

The missions are breath taking and you have to eliminate all the enemy military bases in this epic battle, you have a full range of latest war heads with a wide range of missiles, mounted machine gun and rockets to use on enemy’s military bases, blow up all their tanks, navy battle ships and soldiers and snipers hideouts and hidden bunkers with sharp shooters as they will shoot back with heavy artillery, protect your helicopter as the fire will come from all directions and can be real damaging, the super commandos are airborne so be careful, now its your duty to take them all and go behind the enemy lines and destroy all your designated targets.