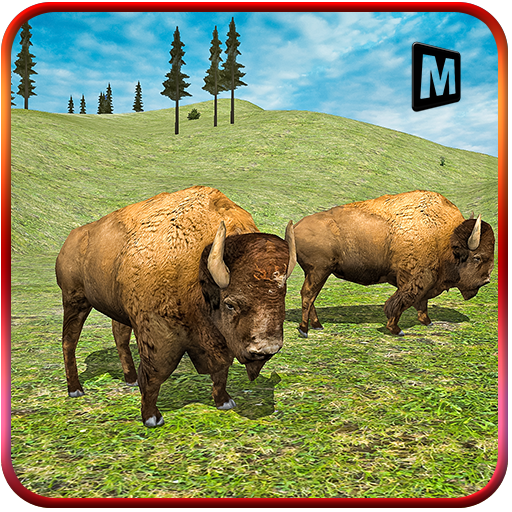 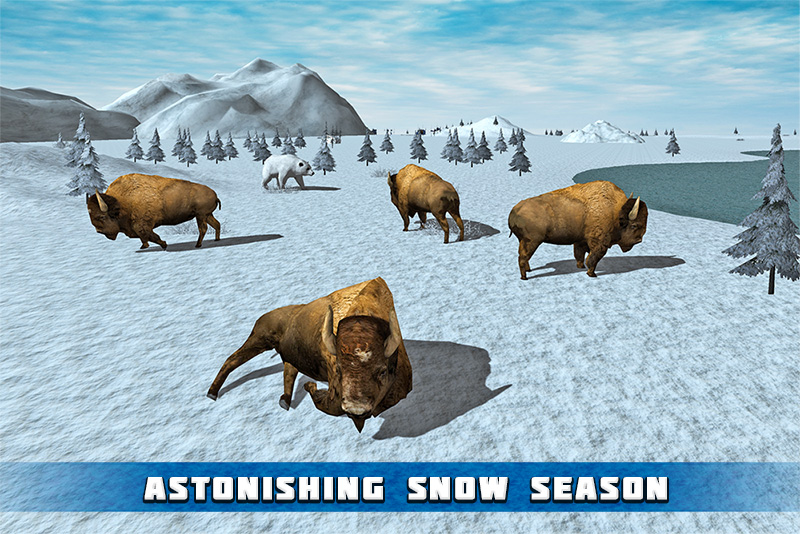 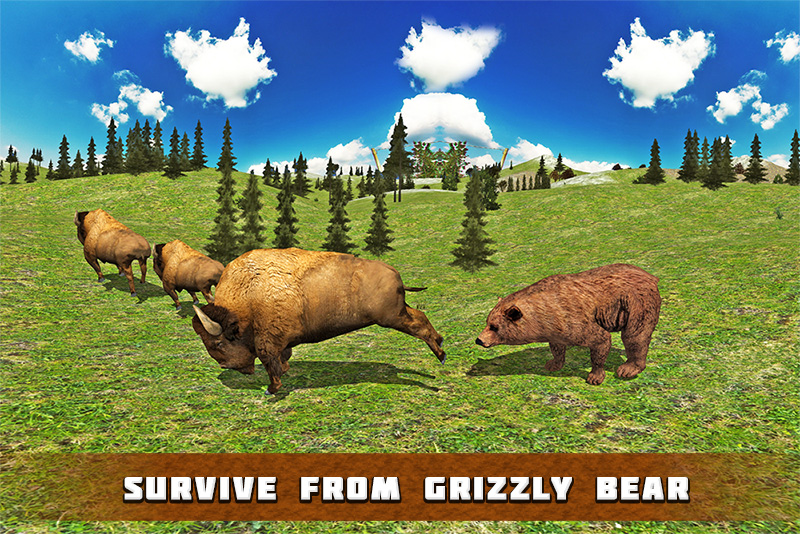 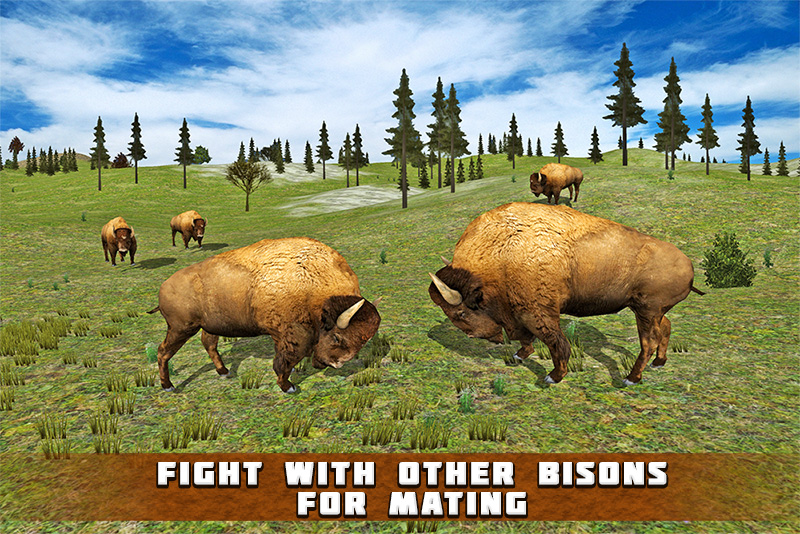 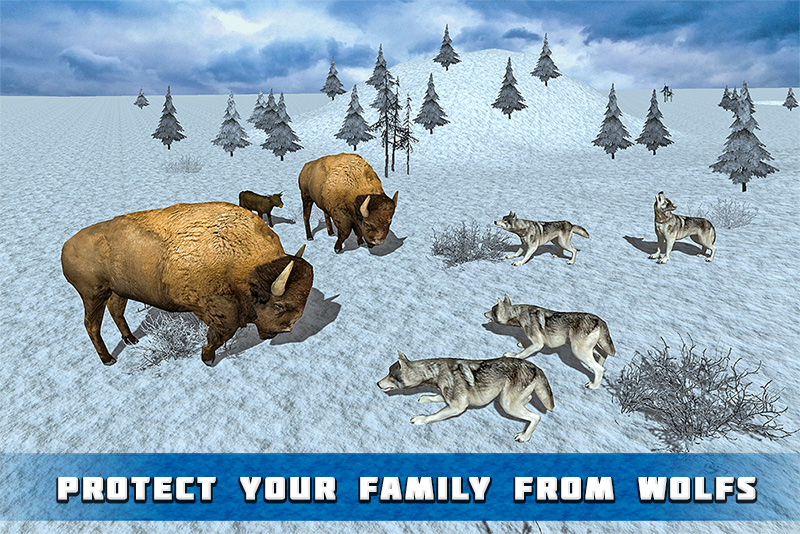 MAS3D Studios presents Angry Snow Bison (American Buffalo) simulator game after the great success of angry anaconda snake simulation game. The most fearless beast of the jungle is here to jolt. Snow Angry Bison Simulator 3D is here, straight to the latest high action game for your mobile device. It’s demolition time! Turn yourself into an Angry Buffalo and smash down. In this world, there aren’t any rules to deter you. Chase down that stand in your path.This is PREDATOR VS PREY! It's about Angry Snow American buffalo simulator with real Bison simulation .This crazy animal will fight with other bisons and buffaloes to protect his family in both forest and snowy terrains.

Battle against fallow deer , horse, cheetah, leopard, bison, fox and Mammoths. Take him hunting for wild animals and defend your territory against other Snow Bisons (American Buffalo). This animal real simulator has been designed for all ages. In the game, with different difficulty levels, you must get food, as grass and trees for points that will help you to be a better angry buffalo, attain time symbol to help you complete your missions successfully, and fight against wolves and bears.Find your target using radar.

DYNAMIC ENVIRONMENT
Every time you play the game it will be a different experience. The animals, weather, and time of day is constantly changing.

HEAD TO HEAD BATTLE SCENARIOS
Challenge your fighting skills against 9 different animals in battles. Be prepared for a flight for survival. You either win or loose.

ADVENTURE OF SURVIVAL
Looking for a real 3D run adventure? And are you all for angry jungle simulators? Have you been looking for safari animal simulator with wild animals and beast? Well, you are at the right place then!Deadly traps in rain forests and a real hunter moment in the wilderness of the rain forest! Go on and download this game for some attack and quest fun! Try this animal rescue animal simulation! Try this safari for 3D simulation fun, wild animals, beasts and so much more!

The American bison also commonly known as the American Buffalo, is a North American species of bison that once roamed the grasslands of North America in massive herds.
In this Buffalo's simulation and survival game you will feel the exciting experience of living like a legendary animal in a hostile environment.Get the thrill of this amazing wildlife rescue and try this animal simulation journey into the wilderness of the rain forest! This 3D run adventure waits for you! Buffalos can be angry and you will know that once you have played our angry jungle simulator. Attack the enemies, the beasts and keep up the quest for the orbs. Do not give up! You are the real hunter of the jungle! You can escape the wilderness! This animal rescue can be pulled off and you should be the one to pull it off! Take this amazing safari quest to a senior stage! You can do it! Get a look at the marvelous wild animals and angry buffalos bison simulator enjoy the excitement, escape the deadly traps with Bison simulation and enjoy!