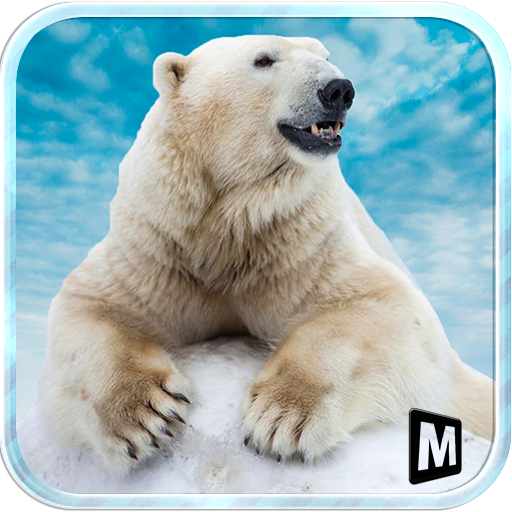 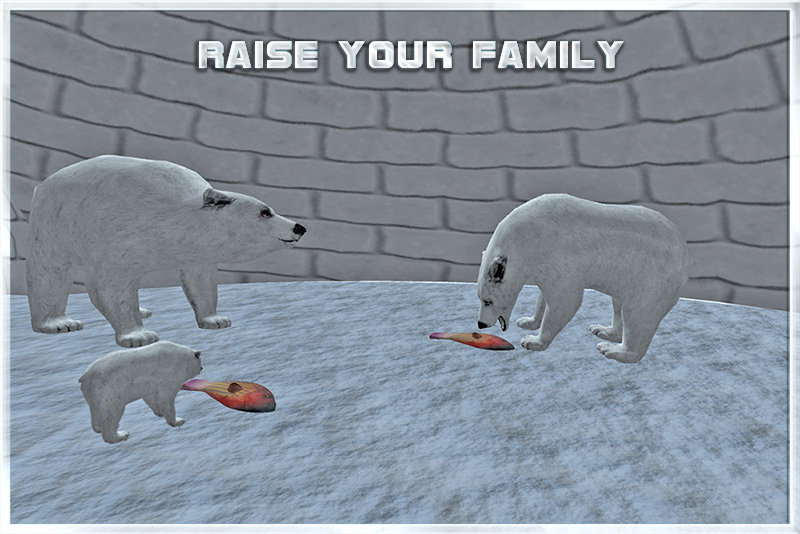 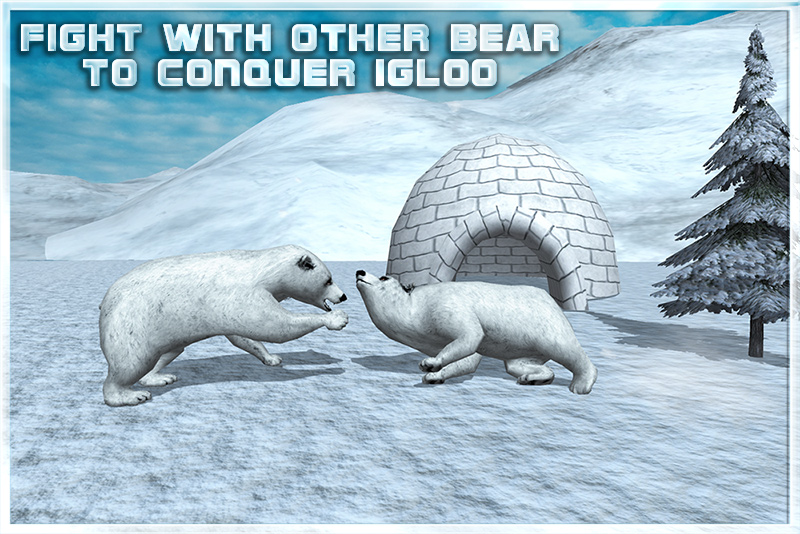 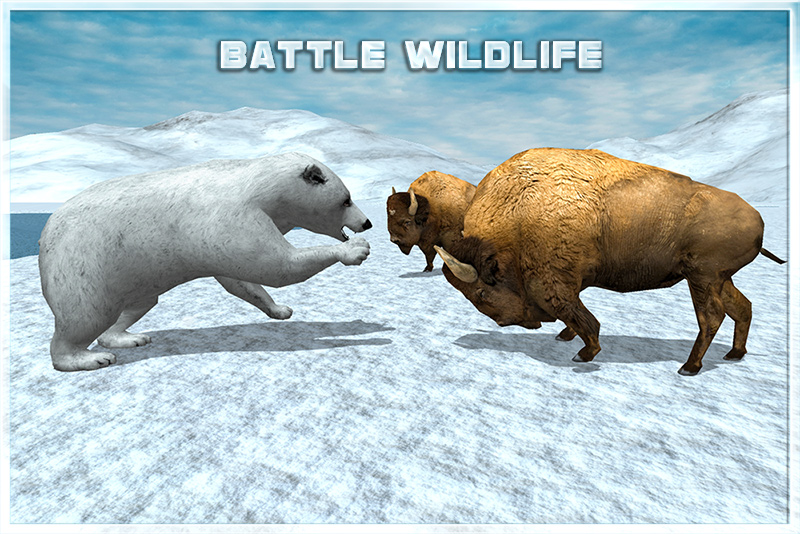 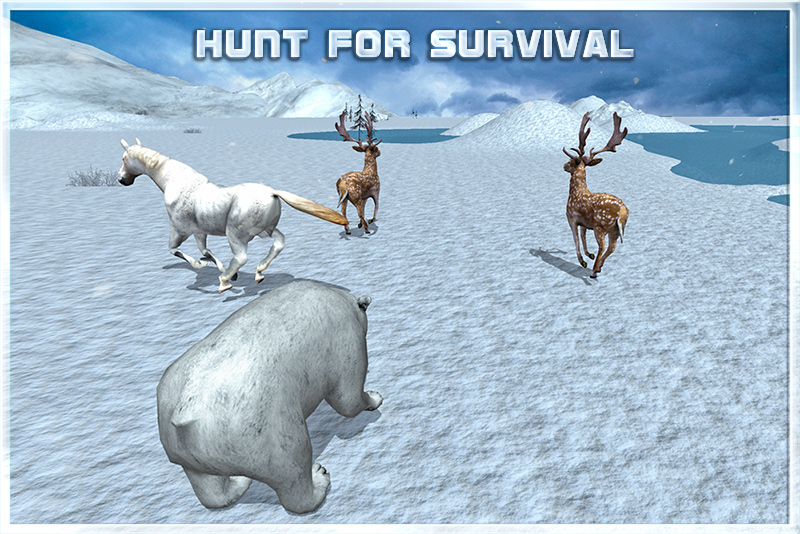 Real Angry Snow Polar Bear Simulator 3D! After success of Angry Anaconda Snake Simulator Here comes the latest Angry Snow Bear revenge simulation game in heavy snow with an angry Arctic polar bear. Be a realistic angry Arctic bear to survive and thrive against these harsh winter and snowy conditions. Polar bear is strong enough to fish angry due to hunger. Build up his strength and stamina. Your objective is to defeat all his enemy animals in this snow terrain. This wild animal bear simulator game allows you to take control of this fearless real Arctic Polar Bear as he freely roams.Help him grow up to fight the big animal bosses. Find your mates and start your thriving family. The realistic 3D map is massive so take your time to explore all the areas to find all the bosses.Real Angry Polar bear simulation game at its best.

The bosses includes Snow Wolf, Arctic Fox, Orc, Sea Lion, rabbit, horse, fluffy sheep, fallow deer, European bison, leopard and bear enemy. The more you play, the more your animal grows, and the stronger she becomes. Packed with super fun sounds effects for great gaming pleasure. Survival is key in this animal simulator.Brave the arctic wilderness and live the life of a Polar Bear! Survive in a frigid environment filled with dangerous carnivores and tasty critters! Raise your family, pounce on prey, and battle for your life against predators like foxes and wolves.

REALISTIC SIMULATOR
You'll need to maintain your health, hunger, thirst, and energy if you're going to survive in the harsh wilderness of the frozen arctic!

EPIC BATTLES
Use your powerful claws and jaws to hunt down and fight your prey! Deliver the killing blow by leaping through the air and pouncing on your enemy!

START YOUR FAMILY
Find another polar bear to bond with and raise your very own family! Breed polar bear cubs and watch them grow in size and strength while they help you survive in the wilderness!

HUGE 3D ENVIRONMENT
Your polar bear is free to roam a massive open-world snowy environment.Frozen lakes and massive ice caves! Dive underwater and explore the world from below with ocean predators and tasty fish!

HD GRAPHICS
Stunning High Definition graphics will transport you to the remote wilderness of the Arctic Circle! New Graphics Quality.

The most advanced Real Angry Bear Simulator Survival game has arrived! Join the battle in this epic adventure delivered in stunning 3D. Now you can play as real Wild Polar Bear and become the most powerful animal in the forest. Start your own family of bears, fight against other animals, evolve your Real Bear to become the strongest Bear ever.Let's start a hunt! Hunt wild winter animals, but avoid meeting with polar explorers! Dive into winter atmosphere exploring arctic with polar bear simulator in 3D! Try Real Polar Bear Survival Simulator!