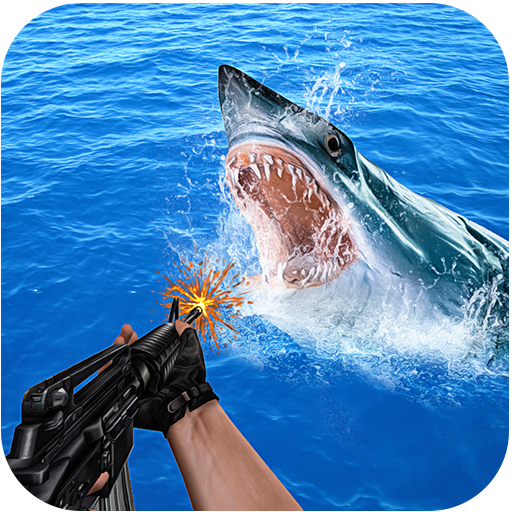 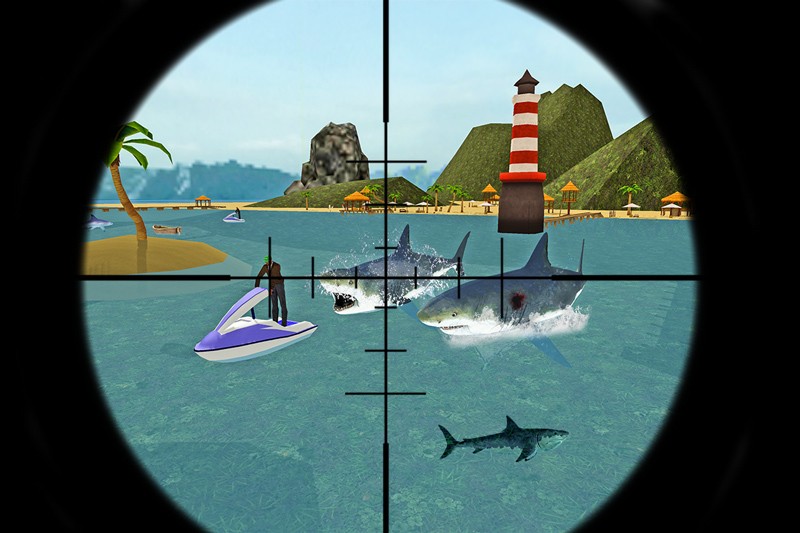 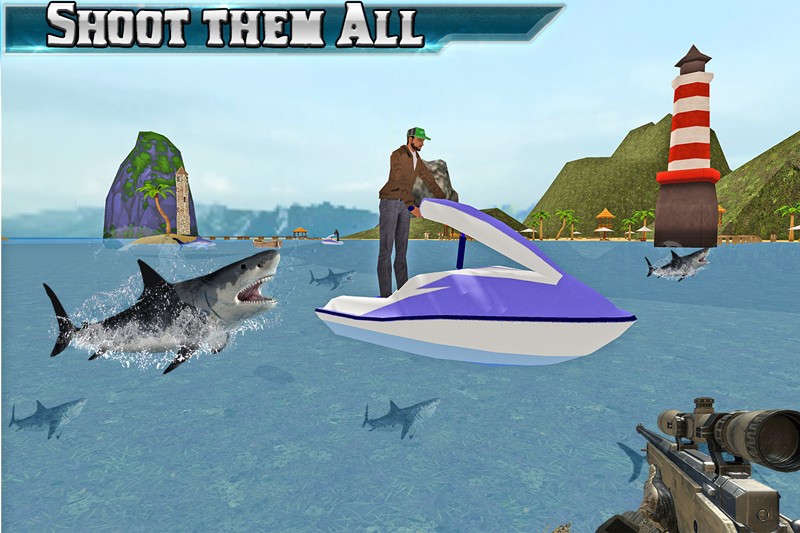 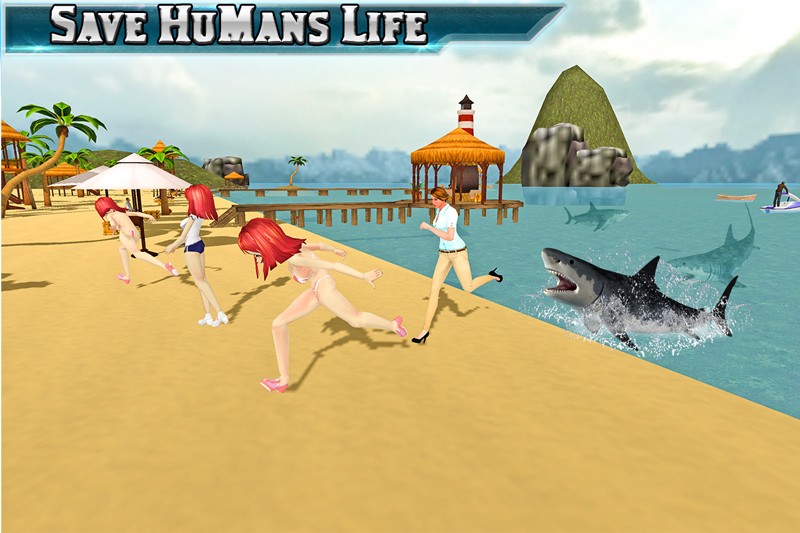 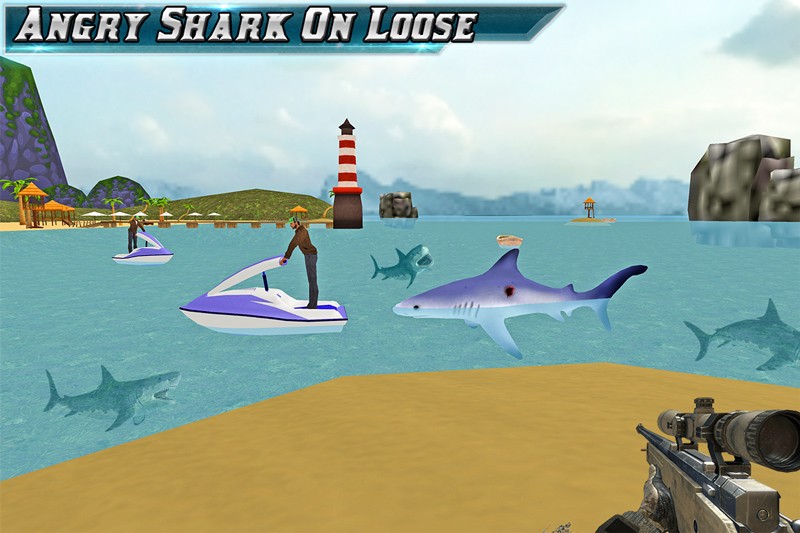 In this angry shark games 2016 with the blend of shark games 3d you have to hunt big sharks with your sniper guns and save the people’s lives. Multiple weapons (guns) are available to choose like Beretta, 9MM, Ak-47 rifle and MP5. Killer hungry and angry shark will kill you with its razor sharp jaws, so get ready to become a sniper shooter and free shark hunting games player. Experience amazing underwater effects by hunting sharks and become a shark hunter. With your sniper gun just take a close look at the sharks, and then aim them, before pulling the trigger and shooting them down and get the real time epic shark hunting experience.

As an ultimate shark hunter go and grab your rifle and take the sniping challenge with this action packed hungry and angry shark game with newest hunting games for free. Download ANGRY SHARK HUNTING 2016 and become a ruthless shark hunter.